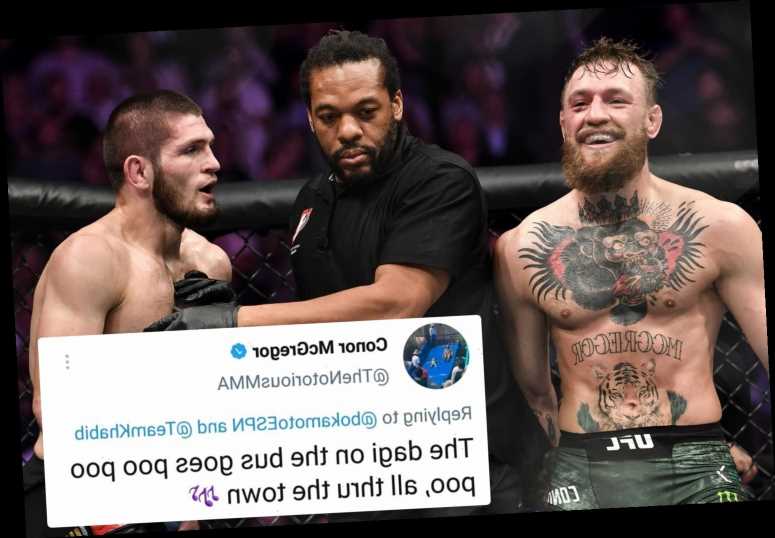 CONOR MCGREGOR has reignited his war of words with Khabib Nurmagomedov by claiming he 'pooed' himself during his infamous bus attack.

The two were embroiled in a fierce rivalry way before they fought at UFC 229 in 2018 – the promotion's highest selling pay-per-view. 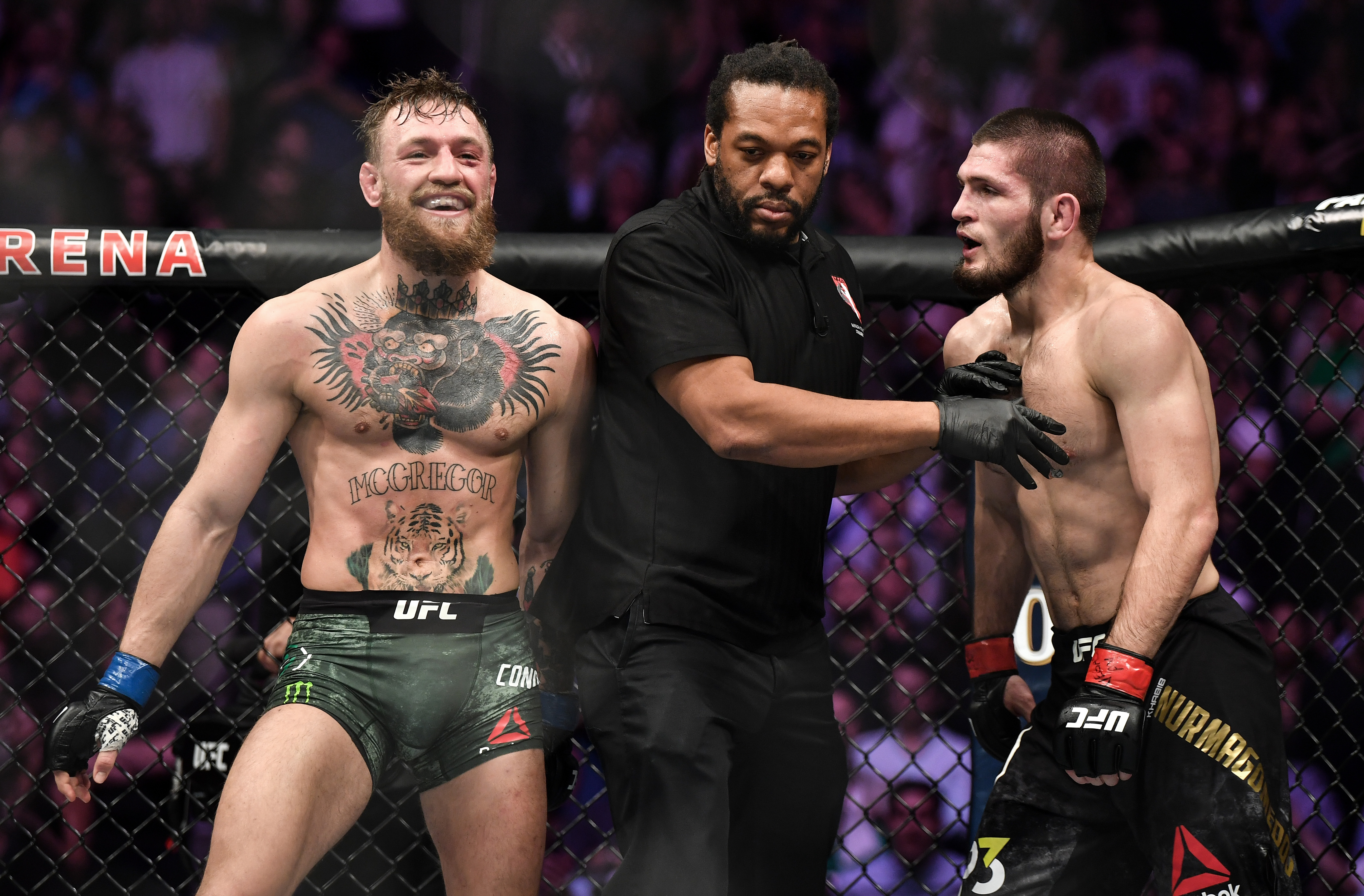 McGregor and Khabib's bitter feud exploded in their scrap over two years ago when they were involved in a post-fight melee.

But their rivalry had already been marked by the Irishman's bus attack months before.

GRAND NATIONAL: GET £200 IN FREE BETS FOR FESTIVAL AT AINTREE

In his most infamous incident, McGregor travelled 3,000 miles from Dublin to New York in April 2018 to confront Khabib, who was filmed in a dispute with Lobov earlier that week.

The Notorious, accompanied with friends, then attacked the bus with Khabib inside, smashing windows and causing six fights to be cancelled through injuries.

And McGregor couldn't resist reminding his former foe of the incident on the third anniversary of the Eagle being crowned lightweight champion.

In a since-deleted tweet captured by RT, the 32-year-old wrote: "The Dagi on the bus goes poo poo poo, all thru the town."

McGregor also commented on a 2014 post from Khabib chasing some Notorious merchandise adding: "Get this man a T-shirt! And a nappy for the bus."

Despite the Russian's retirement, the conflict between the two has barely died down since with constant jibes in the media.

And McGregor has form with sending tweets aimed at Khabib before deleting them.

The former two-division champion is currently preparing for his July 10 rematch with Poirier in Las Vegas at UFC 264 on July 10.

And he has vowed to take no 'rest days' as he aims to get his MMA career back on track, following one victory since 2016.