What will the future of mobile sports betting look like?

Conor McGregor has accepted the Ultimate Fighting Championship's offer for a Jan. 23 charity fight against Dustin Poirer, according to a tweet from the mixed martial arts fighter on Wednesday evening.

However, he also said he wanted the fight to happen at AT&T Stadium in Arlington, Texas, home of the NFL's Dallas Cowboys.

Poirer tweeted back at his opponent, responding with, "Close to home for me on my birthday weekend! What weight?"

A spokesperson for AT&T Stadium did not immediately return FOX Business' request for comment by the time of publication.

COWBOYS' DAK PRESCOTT SUFFERS SEASON-ENING INJURY: WHAT IT MEANS FOR HIS FUTURE IN DALLAS

While AT&T Stadium can hold roughly 80,000 people for its main seating capacity, the Dallas Cowboys unveiled a Safe Stadium Policy in August, stating that capacity would be limited in accordance with guidelines from the Centers for Disease Control and Prevention, the State of Texas, local public safety and public health authorities.

Jones told 105.3 The Fan earlier this month that the stadium's total capacity "will approach 25,000 people," a figure that would lead the NFL in attendance.

"We're doing that, in my mind, very safe, very prudent, and adhering to all of the conventions that need to be adhered to," Jones added on the radio show. "[We're] going to have a great fan experience out here. But, and from my perspective, it's mask up."

However, the Texas Department of Licensing and Regulation announced this month it would begin accepting applications for combative sporting events in the state that would allow for a cap of 50 percent for the total listed occupancy of the venue, giving AT&T Stadium the option of holding roughly 40,000 people if an application was submitted and approved.

PENN NATIONAL GAMING CEO: BARSTOOL SPORTSBOOK APP TO BE IN EVERY STATE WHERE SPORTS BETTING LEGAL IN 2021

Holding the event at AT&T stadium could potentially bring much-needed sales tax revenue to the city of Arlington, whose economy has been devastated due to the ongoing closures of businesses associated with COVID-19.

According to Arlington's budget proposal for the 2021 fiscal year, the city's sales tax revenues were projected to fall short of budget for the year by as much as 20% by March and April.

"Sales tax revenues could also struggle to regain their footing throughout 2021 and 2022," Arlington City Manager Trey Yelverton wrote. "The loss of disposable income, and reduced ability to afford the City’s entertainment, hospitality and retail opportunities, could result in a downward trend of even more closed businesses, lost jobs, and less travel. This in turn would have implications for almost all of the City’s revenue sources, particularly those related to construction, development, and recreation."

According to the Fort Worth Star Telegram, the budget was approved by the City Council in September. The Dallas Morning News reported that the $8 million in cuts by the city resulted in the budget being $13.5 million less than this year's.

McGregor hasn't fought since his 40-second victory over Donald Cerrone in January. 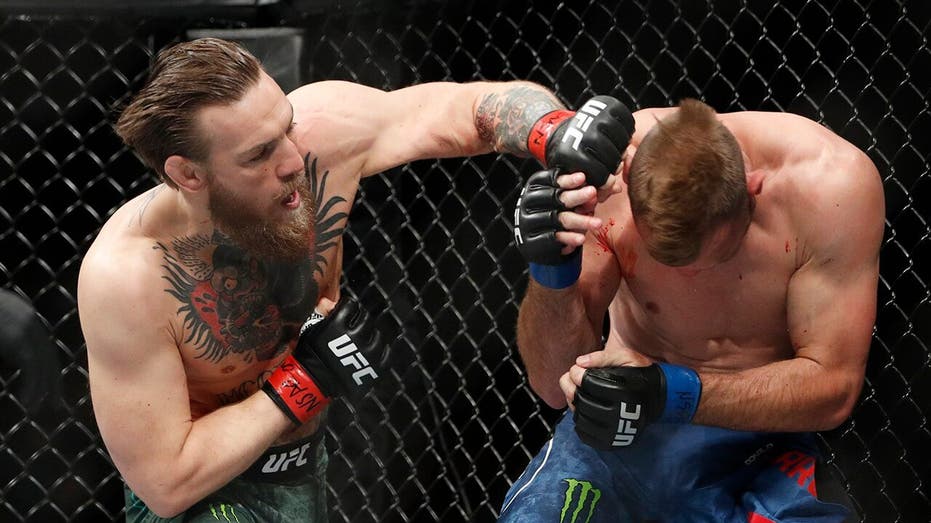 If the fight officially comes together, Poirier will have a chance at redemption after his first-round knockout loss to McGregor in 2014.

McGregor previously accepted the UFC's offer for a fight with Poirer last week, but said that the fight "must happen in 2020." He floated potential dates including Nov. 21 as well as Dec. 12 and 19. In addition, he said last week that he would still donate $500,000 to Poirer's charity, The Good FIght Foundation.