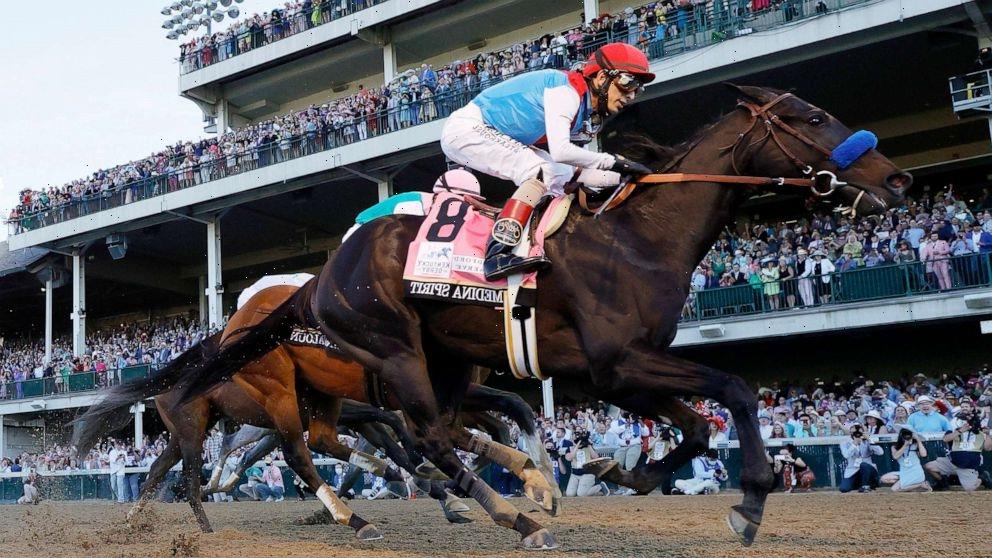 Hall of Fame trainer Bob Baffert has been suspended from racing horses at the Kentucky Derby for two years after a positive drug test for this year’s winner, Medina Spirit, was confirmed.

Following the race on May 1, the colt tested positive for betamethasone, a joint injection/anti-inflammatory medication, Baffert announced on May 9. The horse was found to have 21 picograms of the steroid in his system, twice the legal limit.

It is unclear whether Medina Spirit will be stripped of his victory. Baffert’s suspension is effective immediately and prohibits him, or any trainer directly or indirectly employed by him, from entering horses in races or applying for stall occupancy at all Churchill Downs-owned racetracks, according to a statement from the racing complex.

Baffert’s attorney, Craig Robertson, confirmed in a statement to ABC News Wednesday that a split sample confirmed 25 picograms of betamethasone, but emphasized that the presence of the steroid was likely due to the topical ointment, Otomax, and not an injection. Additional testing is being conducted, Robertson said.

“At the end of the day, we anticipate this case to be about the treatment of Medina Spirit’s skin rash with Otomax,” Robertson said. “We will have nothing further to say until the additional testing is complete.”

The decision by Churchill Downs to suspend Baffert followed the confirmation of the drug test, according to the racing complex.

“CDI has consistently advocated for strict medication regulations so that we can confidently ensure that horses are fit to race and the races are conducted fairly,” Bill Carstanjen, CEO of Churchill Downs Incorporated, said in a statement. “Reckless practices and substance violations that jeopardize the safety of our equine and human athletes or compromise the integrity of our sport are not acceptable and as a company we must take measures to demonstrate that they will not be tolerated.”

On May 1, Medina Spirit beat Mandaloun by a half-length to win the Derby. The victory was Baffert’s seventh, making him the winningest trainer in the Derby’s 147-year history.

Medina Spirit was not immediately disqualified following the positive drug test, but Churchill Downs announced that the win would be invalidated if the findings of an investigation were upheld.

Baffert described the test result as a “complete injustice,” saying in a press conference on May 9 that Medina Spirit had never been treated with betamethasone and that he did not know how the horse could have tested positive.

Medina Spirit was permitted to race at the Preakness Stakes on May 15 after Baffert agreed to a pre-race blood test. The horse came in third behind Little-known Rombauer and Midnight Bourbon.

On May 17, Baffert was temporarily suspended from entering horses in New York racetracks pending the investigation into Medina Spirit’s failed drug test following the Kentucky Derby. The ban includes the Belmont Stakes on June 5.

Baffert’s record of testing failures “threatens public confidence in thoroughbred racing and the reputation of the Kentucky Derby,” Carstanjen said.

He added, “Given these repeated failures over the last year, including the increasingly extraordinary explanations, we firmly believe that asserting our rights to impose these measures is our duty and responsibility.”

Baffert had previously been suspended by the Arkansas Racing Commission for 15 days in 2020 after two of his winning horses at Oaklawn Park tested positive for the painkiller lidocaine, The Associated Press reported.

He won an appeals case last month, testifying that the horses had been exposed to the drug inadvertently.