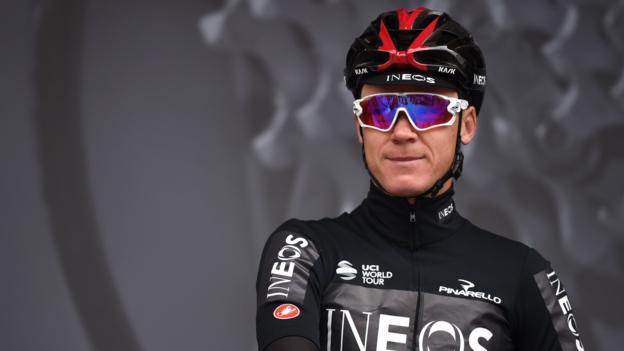 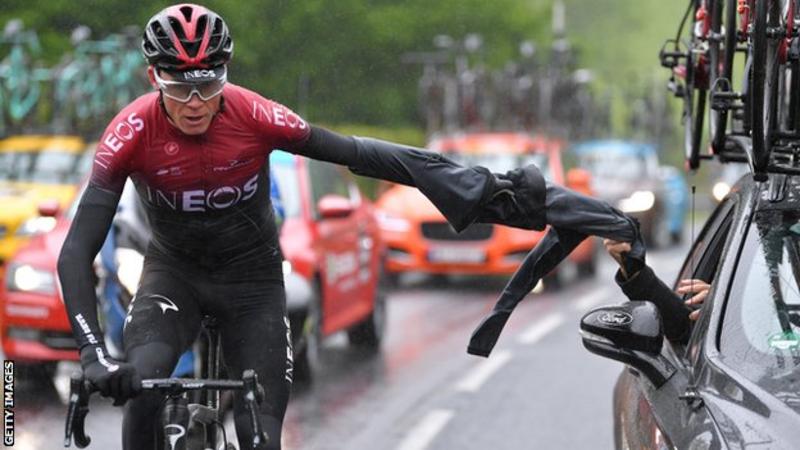 Britain’s Chris Froome is in intensive care and “not in great shape” after suffering serious multiple fractures in a high-speed crash, his team principal Dave Brailsford told BBC Sport.

Froome took his hand off his handlebars to blow his nose and was travelling at 54km/h when a gust of wind caught his front wheel, causing him to hit a wall.

He was airlifted to St Etienne University Hospital for surgery.

“Time is of the essence in these situations,” said the Team Ineos boss.

Speaking to Radio 5 Live’s BeSpoke podcast, Brailsford said: “He’s been operated on to make sure that first phase of medical care is as optimal as possible and we will manage it from there. It’s an evolving situation. It is concerning, there is no doubt about that.

The crash occurred during a practice ride before stage four of the Criterium du Dauphine in Roanne, France, on Wednesday

Froome was riding with Ineos team-mate Wout Poels when he crashed next to a parked ambulance into a house.

Describing the incident, Brailsford said: “He came down a technical descent and on to a straighter piece of road with houses either side. He signalled to Wout that he was going to clear his nose, he took his hand of the bar to do that and a gust of wind took his front wheel, he lost control and went straight into the wall of a house.

Froome would have been chasing a record-equalling fifth victory in the Tour, which starts in Brussels on 6 July, but has been ruled out of the race.

Brailsford said the focus is now on Froome’s recovery and his wife Michelle has been flown to the hospital to be with him.

“Instead of channelling his efforts into the Tour, he will have to channel everything he has got into his recovery,” said Brailsford.

He added: “He had just come back from Tenerife. I have seen how hard he has worked, the amount of sacrifice and effort to try and win that Tour this year. He was really on track, in really good shape and would put final touches on his conditioning and go for the Tour again.”

Illinois boy beats the #getthatmoneychallenge to win a free toy