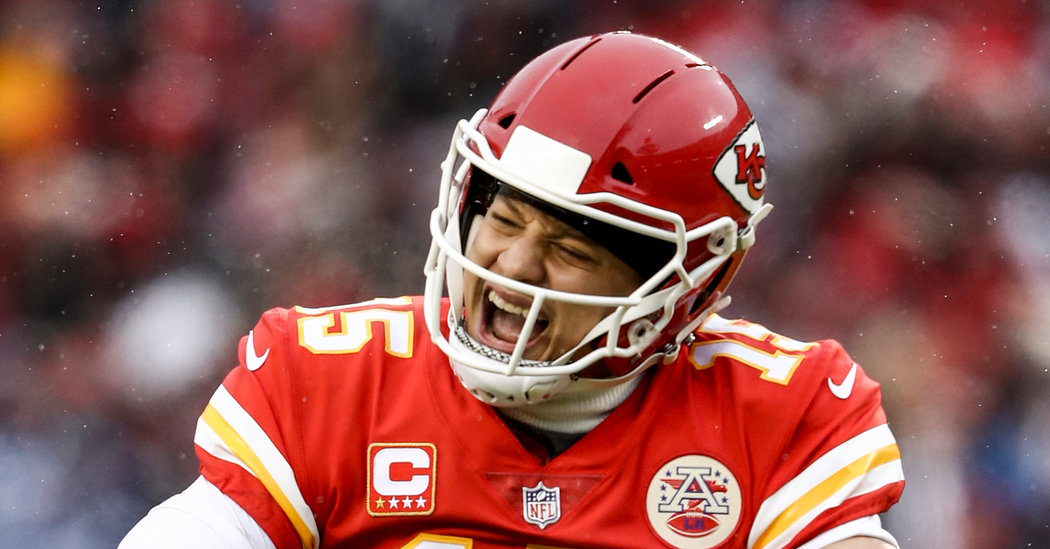 KANSAS CITY, Mo. — The stories passed down about the Kansas City Chiefs’ playoff malfunctions might sound apocryphal, as if embellished over a game of telephone, but they’re not. Really.

The fans who jammed Arrowhead Stadium on Saturday can recite detail after grisly detail. So can those who roamed Kansas City’s sideline: Many of them added to to the misery last year, two years ago, three years ago, five.

One player changed the calculus. His ascension terminated an era of despair. His quarterbacking brilliance inoculated the fan base. In his grand playoff unveiling, Patrick Lavon Mahomes II purged a quarter-century of Arrowhead futility.

After every first down, every score, every defensive stop, fans in the upper deck flung snowballs in glee. They kept coming, much like the top-seeded Chiefs, who blitzed their postseason nemesis, the Indianapolis Colts, 31-13, in an A.F.C. divisional game.

The A.F.C. champion receives a trophy named for Lamar Hunt, the founder and owner of the Chiefs, who have played for it only once since 1970 — in 1994, the last time, incidentally, that Kansas City won a home playoff game. The Chiefs have never played for the trophy at Arrowhead, which will host the Los Angeles Chargers or the New England Patriots next Sunday afternoon to determine the conference representative in Super Bowl LIII. 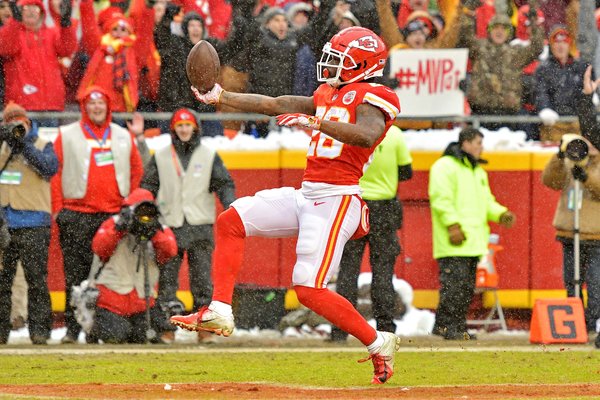 The climax of Saturday’s game came with 2 minutes 23 seconds left, as Darrel Williams plowed into the end zone for the final score. Peeling away from the crowd, Mahomes windmilled his fist, aware in that moment of what he — what all of the Chiefs — had accomplished.

And so now, after 47 years, this sentence can be written: The Chiefs, finally, have more playoff victories at Arrowhead than the Colts. It’s O.K. to read that again, a third time even.

The Chiefs had lost their last six home playoff games, often in unspeakable fashion. Once, they did not allow a touchdown. Last year, they blew an 18-point halftime advantage. The worst defeat — and that distinction, mind you, is debatable — came five years ago, when they led by 28 points in the third quarter and, yes, lost.

All of Kansas City’s anguish associated with Indianapolis — four straight playoff losses since 1996 — preceded Mahomes, who seems impervious to all.

“There’s nothing you’ve got to say to him,” tight end Travis Kelce, who caught seven passes for 108 yards on Saturday, said last week. “He’ll be ready.”

The Chiefs scored on their first possession. And their second. And their third. The points accumulated like the snow that blanketed the region overnight and deep into Saturday.

The slicker the surface, the wackier the conditions, the more comfortable Mahomes, all of 23, seems.

About 45 minutes before kickoff, he did not run out of the tunnel so much as he strutted, skipping toward the 35-yard line, where he began warming up, his passes accurate, his footing true.

It perplexed the Colts, who could not cover, tackle or feel remotely positive about anything until 5 minutes 56 seconds before halftime, when Najee Goode blocked a punt that Zach Pascal recovered in the end zone for a touchdown.

But any hope Indianapolis had of drawing closer by halftime faded when a diving Mahomes crashed past an end zone pylon from 4 yards out, extending the Chiefs’ lead to 24-7. Then the Colts’ Adam Vinatieri — whose kick in the snow 17 years ago catalyzed the New England dynasty — clanged a 23-yard field goal off the left upright.

Of course, now he misses in the snow, muttered Raiders fans everywhere. Vinatieri missed an extra point later, leaving the Colts 11 points behind, all hope of a comeback dissolved.

The Chiefs’ defense, suspect all season, sacked Andrew Luck three times and held Marlon Mack, who last week blasted the Houston Texans for a franchise-record 148 rushing yards, to all of 46. The Colts played the opening quarter as if blindfolded: nine offensive plays, three punts. Against the Chiefs, who had more passing touchdowns (50) this season than punts (45), there may be no worse sin than empty possessions.

On his first series, Mahomes took Indianapolis apart for 90 yards in five plays, capped by a 10-yard scamper by Damien Williams, who finished with 129 yards on 25 carries. Given the ball again just 27 seconds later, the Chiefs went 70 yards, the majority coming on one play: Hill’s 36-yard reverse for a touchdown.

Before Luck completed a pass, Kansas City led by 17-0. With misdirection, precision and, at times, brute force, the Chiefs asserted themselves in a way the Colts hadn’t encountered: Not once during a three-month surge from 1-5 to 10-6 did Indianapolis face a top-five offense.

The Chiefs are a top-one offense. Mahomes is a top-one quarterback. The chants of “M.V.P.” reverberated loud and long. So many times over the years, Kansas City confronted a quarterback deficit in the playoffs. John Elway and Peyton Manning, Tom Brady and Ben Roethlisberger — all foiled the Chiefs.

Already they have advanced deeper than any predecessor since Joe Montana helmed the team 25 years ago. They know how fleeting this moment can be, and if they win next Sunday, surpassing the teams of Montana and Trent Green and Alex Smith and all the others, Mahomes will add to his growing legend — to stories that delighted fans will pass down, stories that may seem apocryphal, but are not.