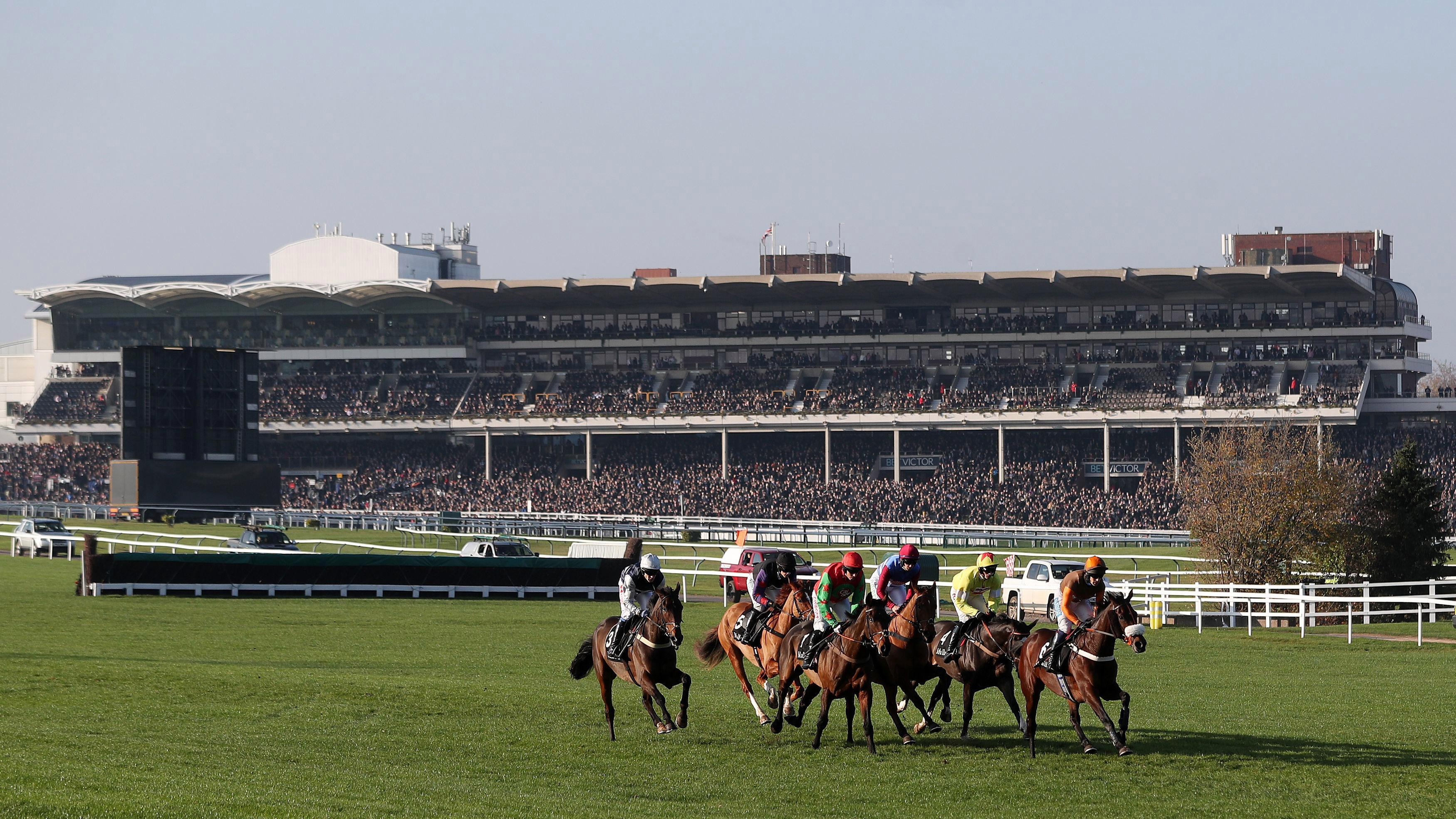 Cheltenham races tips, racecard, declarations and preview for the International meeting live on ITV and Racing TV this Friday

With a hot little Novices' Chase and the entertaining Cross Country, there is something for everyone on the card. 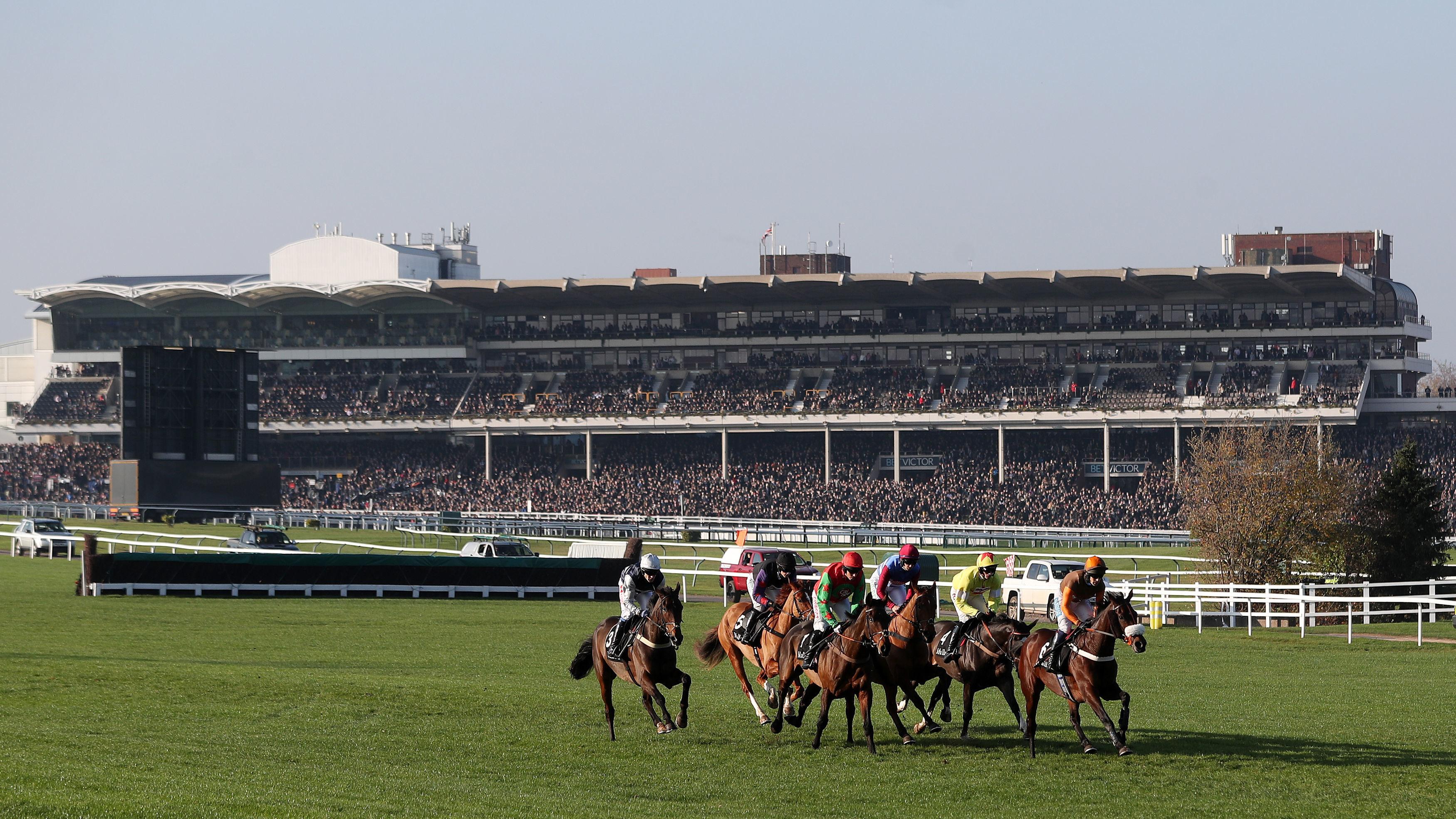 Colin Tizzard's Elixir De Nutz is likely to go off favourite for the opener after his good win at this track last month.

He found plenty under pressure when asked and stepped up on his first run of the season when second behind useful prospect Thomas Darby.

However, he now has a 10lb penalty and must give weight away to some promising types.

Jarvey's Plate looked good when winning a bumper last season and made a good start to his hurdling career when third at Hereford.

But it is Nicky Henderson's ANGELS BREATH who catches the eye.

He bolted up on his only start in a point-to-point by 12 lengths and goes down firmly into the 'could be anything' category.

Henderson will have him well schooled and he can take advantage of carrying far less weight than the favourite.

An intriguing four-runner contest where you wouldn't want to underestimate any of the runners.

Emma Lavelle's Gunfleet is likely to be the outsider, but he was a winning hurdler and made a promising start over fences when a close third at Exeter last month.

This is tougher and he will have to progress again, although that isn't out of the question.

Ibis Du Rheu had The World's End behind him at Cheltenham last time when finally breaking his maiden over fences.

He stayed on well that day and is likely to give another good account.

But THE WORLD'S END may just reverse that form. He had earlier bolted up on his chasing debut at Chepstow and started his race at Cheltenham well.

A mistake at the fourth knocked the stuffing – and his confidence – and he never really attacked his fences from then.

A better round of jumping will see him fighting out the finish.

Lil Rockerfeller might not have been too impressive in his first two outings over fences, but the return of the cheekpieces saw a much better performance at Exeter last time out.

He is also right in with a chance.

A cracking little handicap contest with most of the field coming into the race in good form.

Highest Sun made his first start in Britain in a hot contest at Ascot when finishing behind Didtheyleaveuoutto and Thomas Darby, and he threw his chance away by hanging badly in the home straight.

He is pitched straight into a handicap now and could be far better than this level. AL DANCER has won both his starts in Novice Hurdles and is another handicap debutant.

This is of course a tougher test but there's every chance he could be up to it.

Master Work is another coming into this in winning form, but will have to take another step up if he is to bag this.

A Hare Breath heads back over hurdles after struggling over the bigger obstacles at Cheltenham last month. He used to be a talented performer but is getting on now as a ten-year-old.

Magic Dancer is another to enter calculations. He ran out a good winner over course and distance but has failed to match that form this season.

A return to this track could see him get back to his best form.

This is about as wide open a handicap as you could find across the cards and it sets it up nicely from a punting perspective if you have a strong fancy.

The one I'll plump for is MIDNIGHT TARGET who still looks ahead of the handicapper.

She jumps well which is important round Cheltenham and there was plenty to like about her comeback at Kempton.

Synopsis has been priced up on connections and would like it softer, famous last words.

The other two I like are Skewiff – for the now in-form Evan Williams – and Black Tulip who should prefer this bigger field and more competitive pace.

KERROW was unlucky not to win when falling at the last last time out. That was after a lengthy absence and he's clearly well-handicapped.

The worry is the bounce after such a long break previously, but the Alan King yard in such good heart you can brush past that.

Cogry looks a big price considering his course form – he blows hot and cold but on a going day loves it here and is still on a mark he can strike off.

El Bandit was all the rage prior to the Badger Ales Trophy. He ultimately needed the run when pulled-up but had travelled and jumped well before running out of puff.

Someone, somewhere clearly thinks he's on a generous mark.

This race is plenty of fun without a bet but the one that sticks out to me for betting purposes is AMAZING COMEDY.

He's currently available at each way prices, although I'd be surprised if he was before the off, and that looked a bet to nothing.

He's got top form in France and has gone well over these fences before. He won't be coming over here half-cooked.

It's hard to see Josie's Orders out of the money and Ballycasey may have the class edge on a few of these.

He ran well at Chepstow in the Persian War – always solid form – before he was punted at Kempton, but only managed a flat sixth.

That was a muddling race and on his old form he's got a big run in him off this current mark.

Wicked Willy is another with the potential for plenty of improvement. The first time tongue tie is always interesting on a Twiston-Davies horse.

Great Tango is over from Ireland and has solid form across the sea. Any money for him in the markets will be something to watch.