Home » Sport » Cheltenham Festival tracker: This 20-1 ante post shot looks a good bet for what could be hottest Gold Cup in years 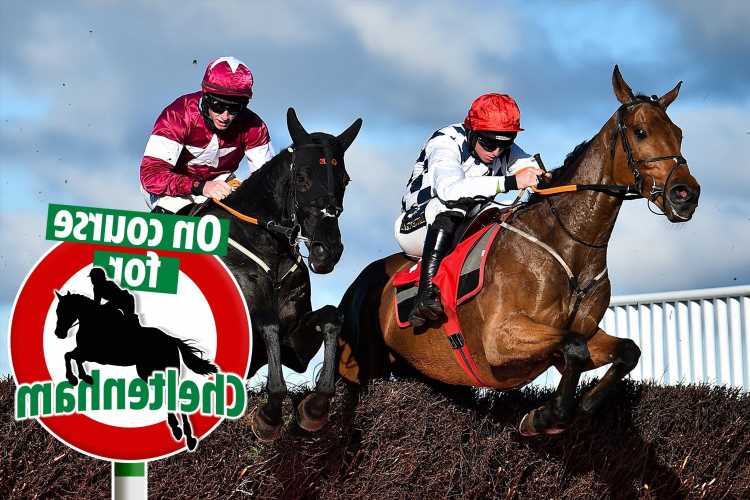 Cheltenham Festival tracker: This 20-1 ante post shot looks a good bet for what could be hottest Gold Cup in years

SUN Racing top tipster Steve Mullen – Templegate to you and me – returns with his horse to follow in the countdown to Cheltenham Festival.

It may still be five months away but already the ante post markets are being shook up as the top talent returns to the track.

Here, our man takes a close look at the Gold Cup and highlights a horse he thinks represents excellent value at 20-1.

Don't forget, you can check out his recommended Lucky 15 here – and read all about a horse who has been compared to the legendary Denman.

WE have had top-class action on both sides of the Irish Sea as the jumps season picks up pace.

It was fantastic to see FRODON land a game win in the Ladbrokes Champion Chase at Down Royal ahead of defending Cheltenham Gold Cup champion MINELLA INDO.

Paul Nicholls made no secret that this was his game nine-year-old’s cup final and his superior fitness told as he found more when challenged.

Rather than worry about the Festival for him, it’s best to just acknowledge another superb jumping performance and a quality ride from Bryony Frost.

Defending his King George crown is not out of the question but he doesn’t stay the Gold Cup trip.

With Cheltenham in mind, Minella Indo’s fans will be happy with his five-length third.

He jumped really well and did look short of a run in the final quarter-mile. We know defending his title is the main aim and this was a good start.

GALVIN has to be in the Gold Cup reckoning after an excellent second.

He beat Minella Indo fair and square and we know Prestbury Park suits given he won the National Hunt Chase there in March.

He’s another who was likely fit enough to run his race with connections knowing this was a good chance of landing a Grade 1.

Prices around 20-1 for the Gold Cup look just about right.

The big mover in the Blue Riband market is ENVOI ALLEN who bounced back from falling the Ryanair and pulling up at Punchestown with a barnstorming Grade 2 win on the Down Royal card.

After two poor efforts, it’s reassuring to see him back to something close to his best. His Gold Cup price has pretty much halved to 6-1 with some firms which puts him on a par with A Plus Tard and Minella Indo.

That seems a bit short when you factor in that he has to prove his liking for a real stamina test.

He’s a longer price for the King George on Boxing Day which seems a little strange as that race would seem ideal.

Given that it’s boiling up to be the hottest Gold Cup in years if they all turn up, connections might have another tilt at the Ryanair for which he’s 7-1.

Owners Cheveley Park also have A Plus Tard and it wouldn’t make a lot of sense to take each other on.