Home » Sport » Cheltenham Festival 2019: Entries made for Gold Cup as 43 hopefuls including Native River, Might Bite, Presenting Percy and Kemboy set sights on the big one 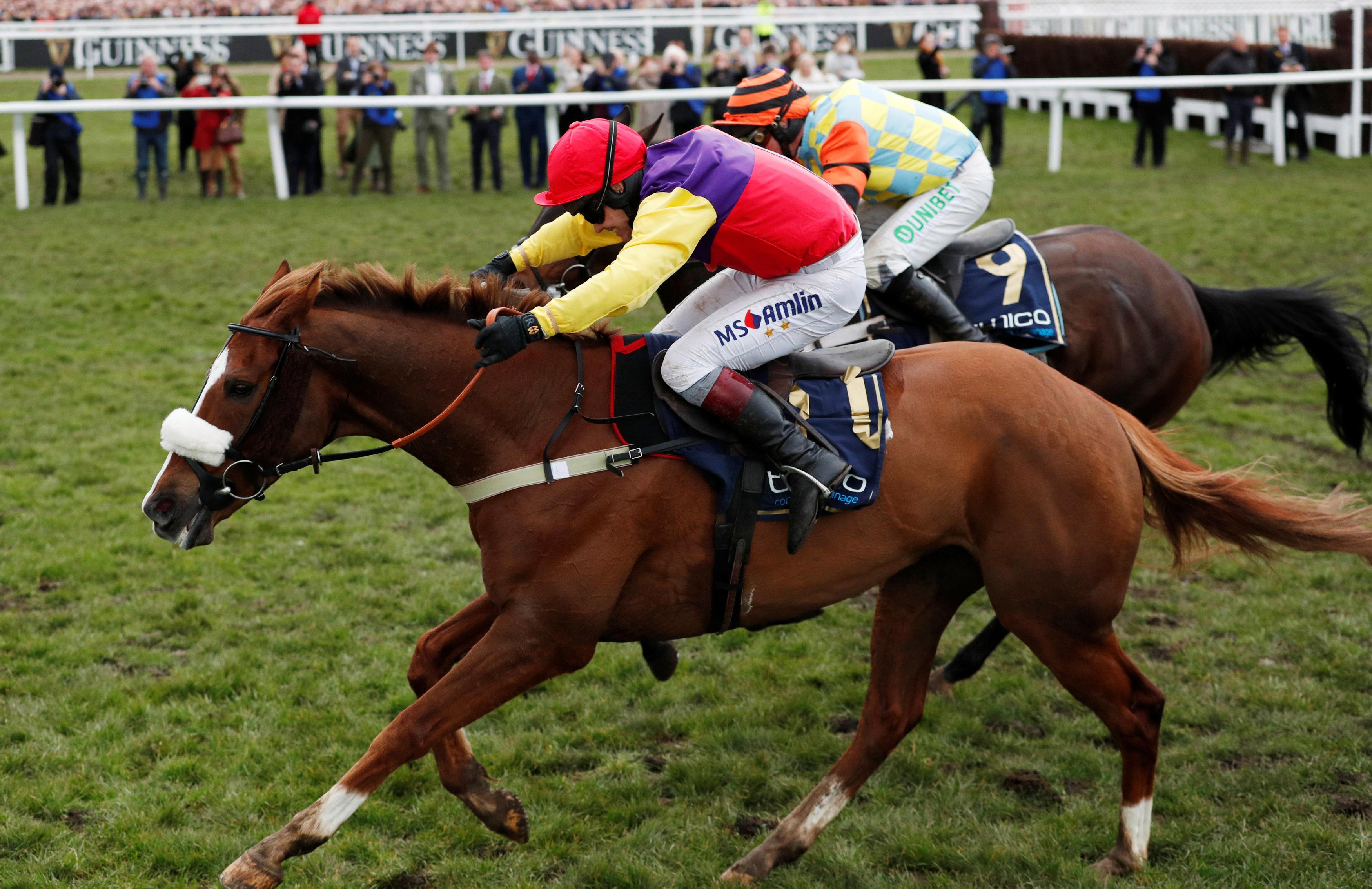 Cheltenham Festival 2019: Entries made for Gold Cup as 43 hopefuls including Native River, Might Bite, Presenting Percy and Kemboy set sights on the big one

A total of 43 have set their sights on the big one, with 2017 victor Native River amongst them. 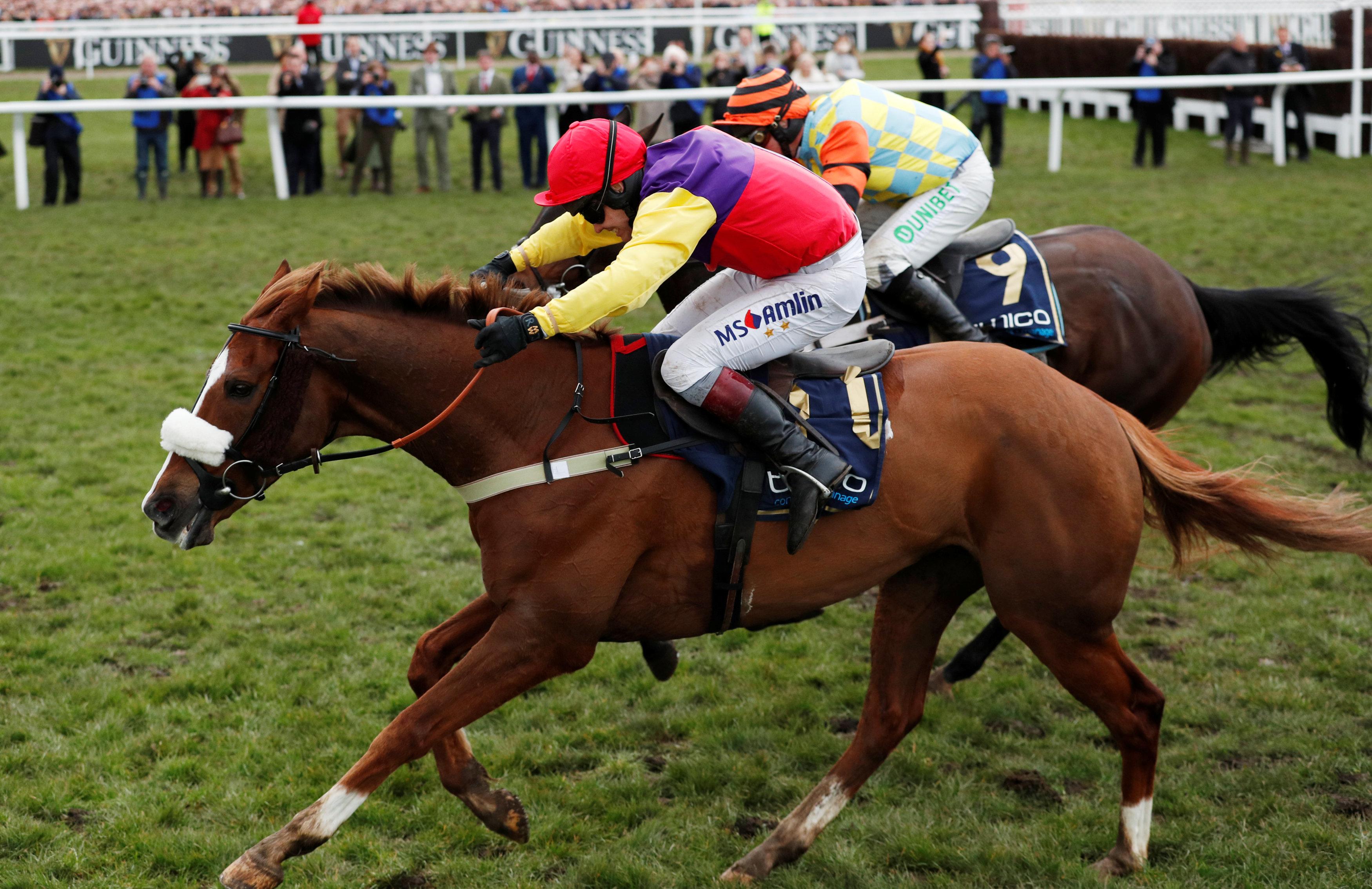 The defending champ is part of a strong Colin Tizzard challenge that includes Thistlecrack and Elegant Escape.

Assistant trainer Joe Tizzard said: "Thistlecrack will go straight to the Gold Cup. He hasn't got there yet in his career, but he deserves to get there.

"With Native River, we haven't definitely decided, but quite possibly he will turn up in the Denman Chase (Newbury, February 9) and then on to the Gold Cup to defend his crown.

"We were really pleased with both Native River (third) and Thistlecrack (second) at Kempton – and they have both just been ticking along since.

"Elegant Escape also has an entry for the Gold Cup, and that is almost certainly the way we will be looking – and hoping there will be a bit of cut in the ground. He will also have a Grand National entry." 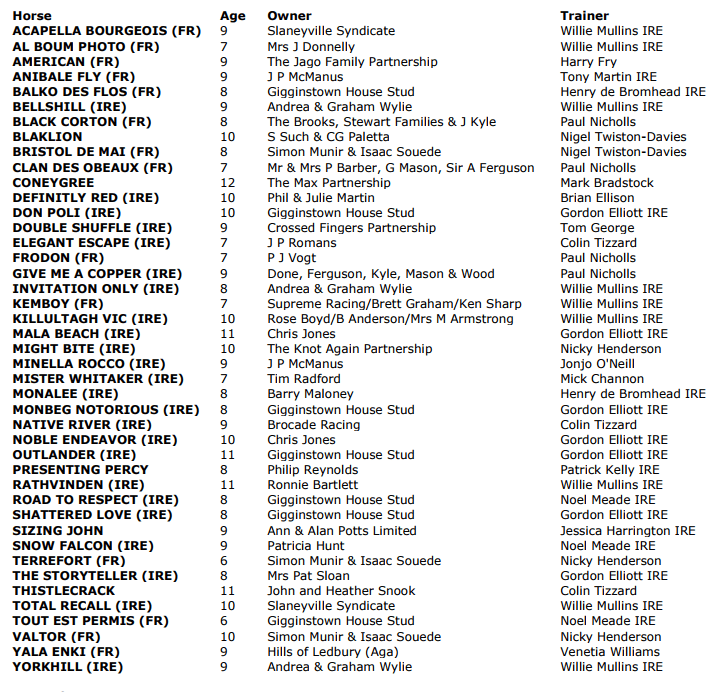 Last year's runner-up Might Bite is amongst the entries despite his two flops this season.

Nicky Henderson sent him for a wind operation in the hope of rekindling the fire. He may be joined by stablemates Terrefort and impressive Ascot winner Valtor.

The current ante-post favourite for the race is Presenting Percy, last year's RSA Chase winner who has yet to run this season for trainer Pat Kelly.

There are two other former winners in contention – Jessica Harrington's Sizing John, not sighted since December 2017 – and Coneygree, who unseated in the King George last time out.

The King George was won in good style by Clan Des Obeaux, Paul Nicholls' new great hope, while Definitly Red is set to head there a fresh horse for Brian Ellison.

He has been impressive in winning the Charlie Hall at Wetherby and the Many Clouds Chase at Aintree – and Ellison is sitting pretty, having got those runs under his belt.

"It's still the plan to head straight there, probably after a couple of racecourse gallops," said the Malton handler.

"We'll go there fresh – we don't have to worry about rushing to get another run into him beforehand, like a few others who started out later are doing.

"Last year we thought it was great winning the Cotswold Chase, but it probably cost him any chance he had in the Gold Cup because he had a harder race than we thought.

"This time we're going straight to the Gold Cup, and then the Bowl at Aintree."