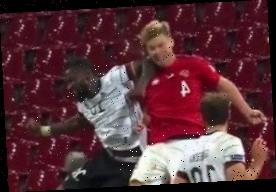 ANTONIO RUDIGER appeared to smash an opponent in the face with a horror elbow – but got away with it.

The Chelsea defender, 27, lined up in defence for Germany in their Nations League clash with Switzerland. 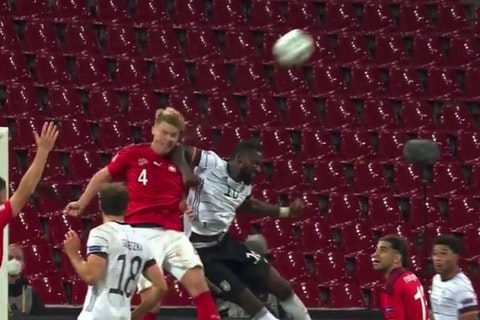 But the ex-Roma star was fortunate not to go in for a slightly early bath in the 3-3 draw.

As he went up for a header with Swiss centre-back Nico Elvedi in the fifth minute of injury time, Rudiger led with his elbow and caught the Borussia Monchengladbach man flush on the jaw.

The severity of incident was seemingly misinterpreted by the referee who showed the Blues defender a yellow card.

And the Nations League does not have VAR in operation to review possible red cards.

Rudiger drew criticism from many – including plenty of Chelsea fans – on social media for the challenge.

BT Sport commentator Ian Darke wrote: "Rudiger would definitely have been sent off if VAR had been operating. Nasty challenge with elbow."

Another said: "Rudiger should be sent off for that. Awful challenge with the elbow."

A third added: "Elbow to the face! Why isn’t Rudiger sent off!?"

One user commented: "Rudiger is wild for that elbow. Dangerous as hell smh."

And a final person tweeted: "Horrible elbow from Rudiger there. Lucky there was no VAR."

It compounded a miserable evening for Rudiger who was napping for Mario Gavranovic's opener for Switzerland after just five minutes in Cologne.

And then 20 minutes later he was out of position and then comically headed into his own net in an attempt to clear the ball off the line when Remo Freuler chipped Manuel Neuer. 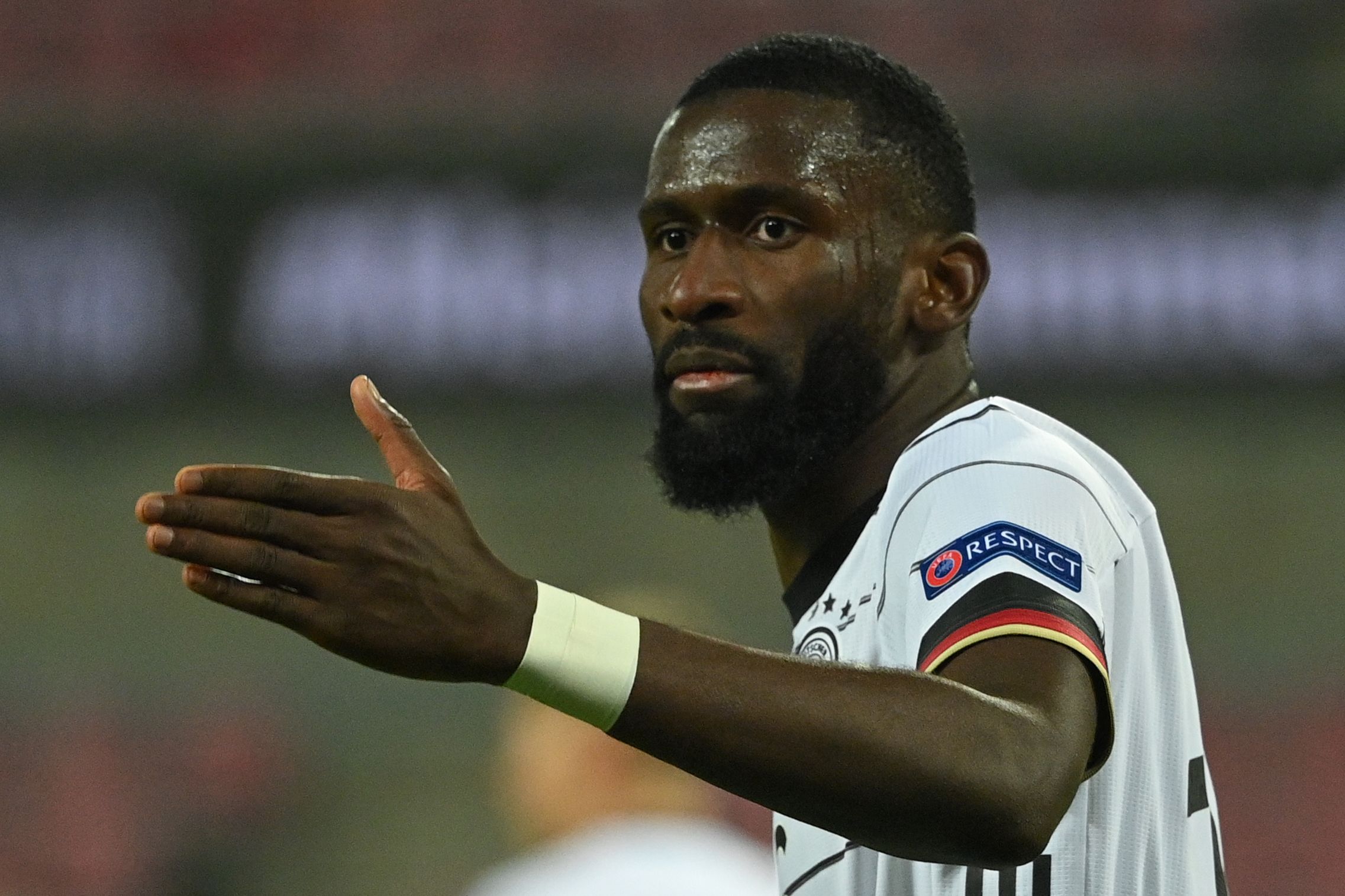 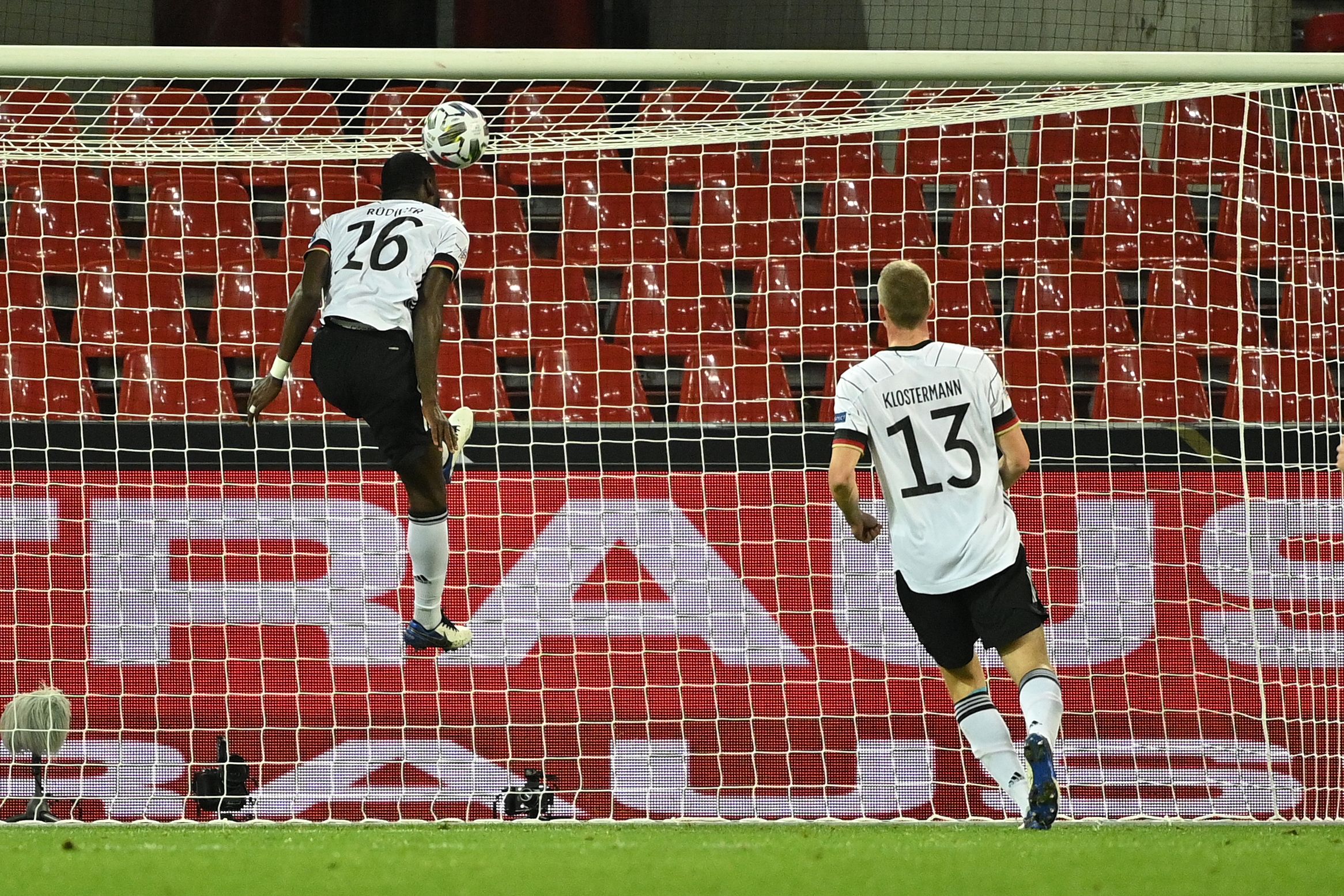 Fortunately for Rudiger – who is yet to make a Blues appearance this season – he had his Chelsea team-mates on hand to help him out.

Timo Werner found the bottom corner to pull one back before Kai Havertz did well to squeeze in an equaliser on 55 minutes.

Switzerland retook the lead a minute later but Werner set up Serge Gnabry to flick home on the hour mark and earn the 3-3 draw.

Fabian Schar was sent off deep into injury time for a second yellow but there was still time for Rudiger's moment of controversy.