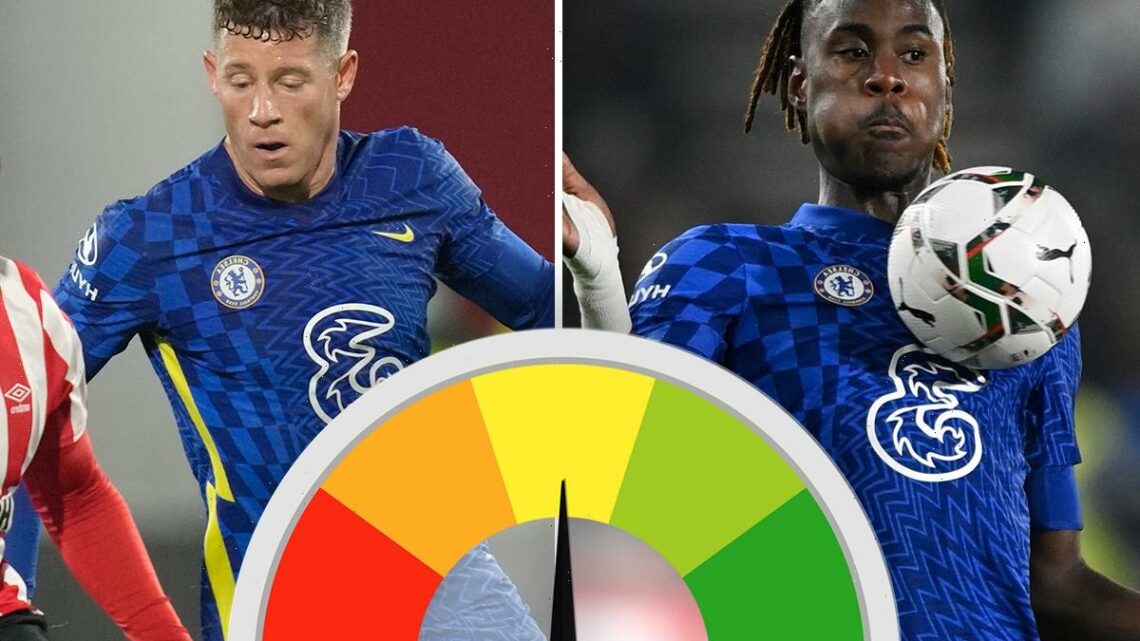 Chelsea ratings: Blues kids Soonsup-Bell and Harvey Vale the bright sparks as they show up Ross Barkley vs Brentford

CHELSEA progressed to the semi-final of the Carabao Cup with a gutsy 2-0 win over Brentford.

Thomas Tuchel handed debuts to a number of youngsters but ultimately it was experience off the bench that won the game for the Blues. 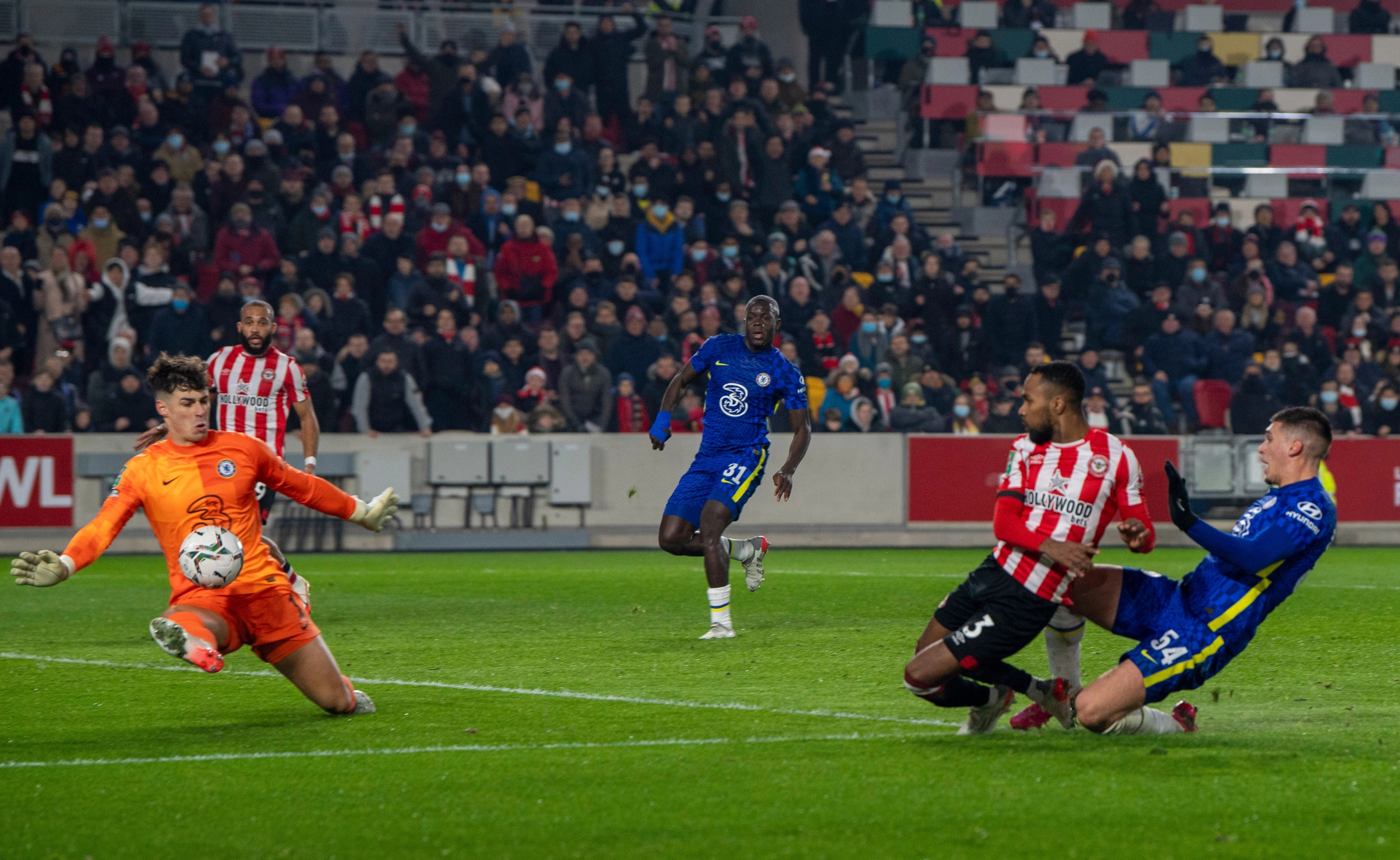 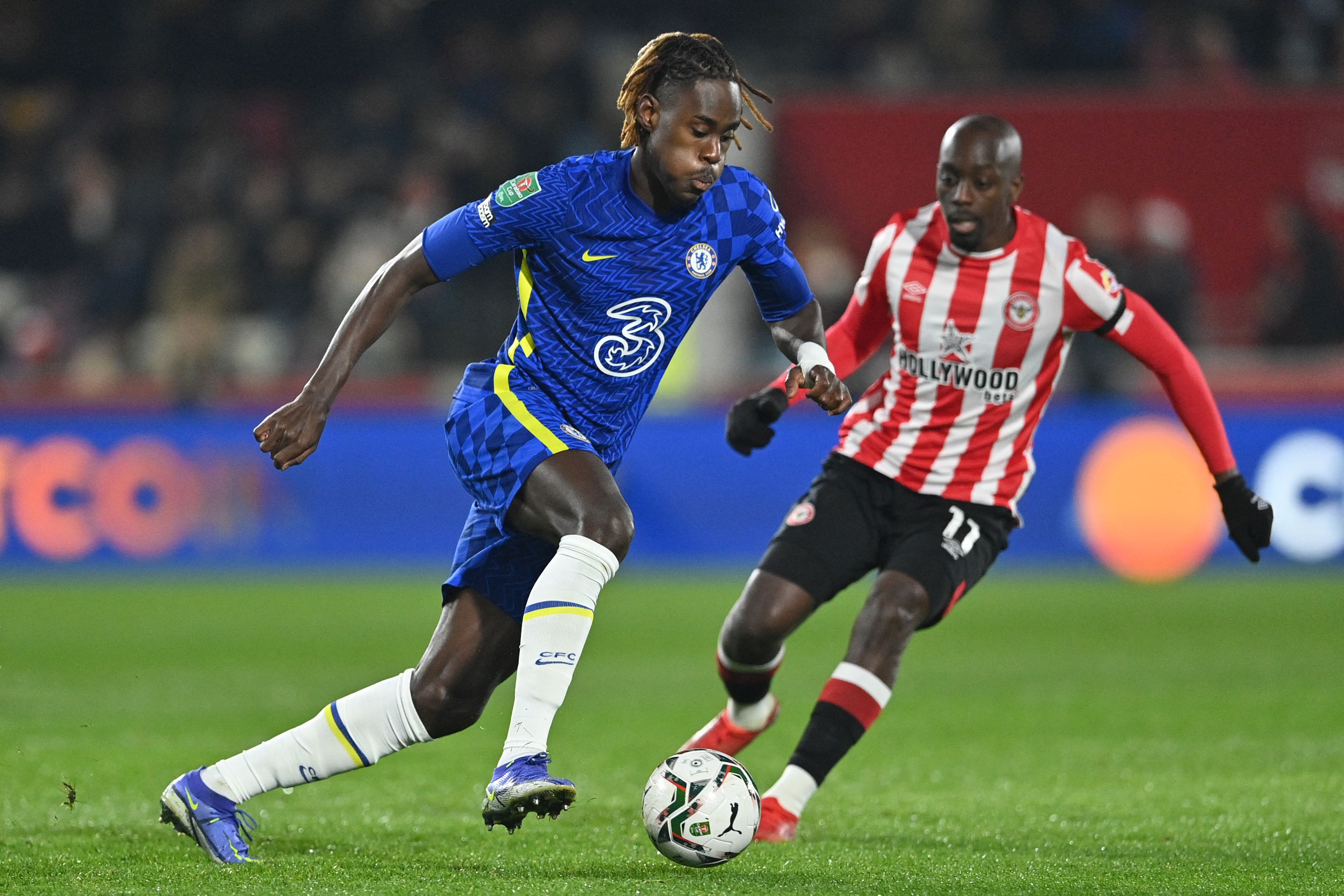 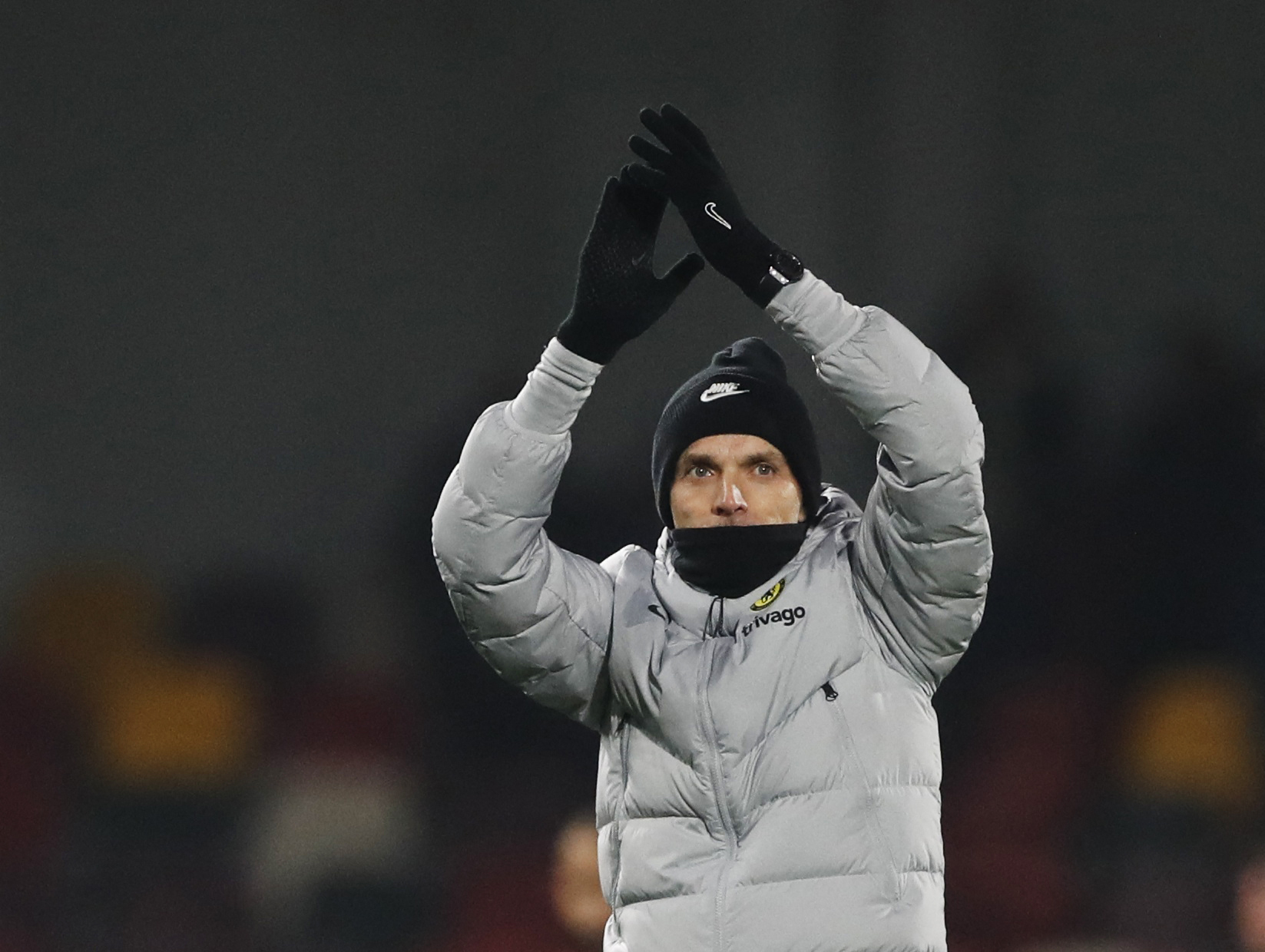 Chelsea were comfortable in possession throughout but it was the introduction of N'Golo Kante that put the Brentford backline under pressure.

Kante picked up clever positions on the right and fed Reece James down the flank – the England star crossed and Pontus Jansson turned the ball past his own goalkeeper for the opening goal.

Minutes later Christian Pulisic won a penalty that Jorginho tucked home – both of whom came on at half-time.

Although Tuchel will be pleased with his side earning back-to-back clean sheets his side could have trailed at the break.

Kepa Arrizabalaga produced a string of brilliant stops and Trevoh Chalobah organised well at the heart of defence.

Here is how Simon Phillips rated the Chelsea performance. 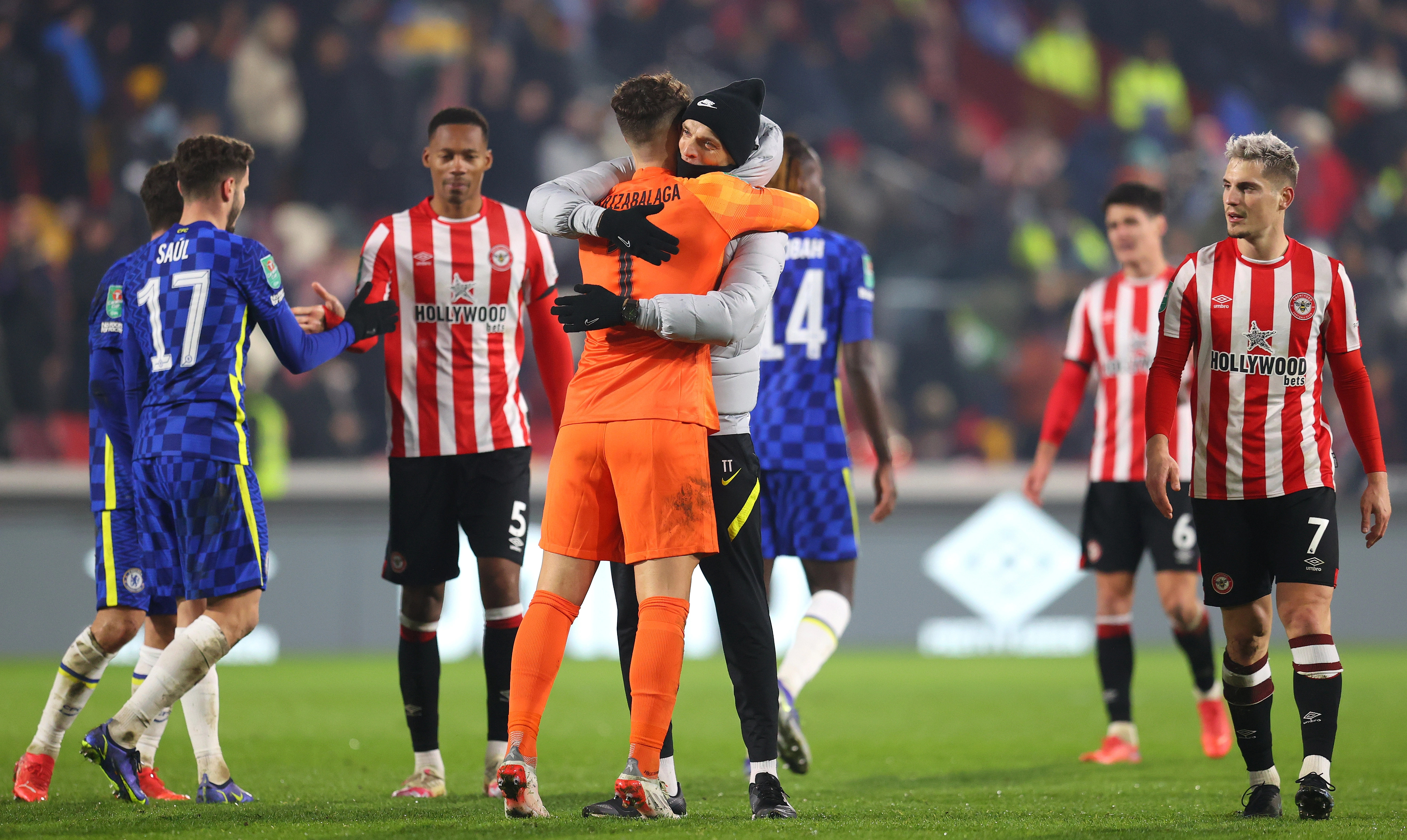 Was the reason Chelsea kept a clean sheet with a brilliant save early on to deny Yoan Wissa's close-range header, before saving Rico Henry's shot when he was through one-on-one.

Chelsea relied on him a lot.

Had a couple of sights at goal in the first half but did not produce enough quality to trouble Alvaro Fernandez either time.

Slightly unfair asking the youngster to play out of his natural position at wing-back on his debut, but he did well before being subbed off.

Great piece of defending when under pressure from Bryan Mbuemo to knock the ball back to Kepa – the Brentford forward was ready to score if not for the captain's intervention.

The Spaniard looked a bit vulnerable at times with the pace of Brentford and apart from a couple of good crosses and being steady on the ball, his signs of ageing only comes out the more he plays at the moment for me.

He was the leader and the organiser at the back in the absence of Thiago Silva.

He doesn't quite have the same composure yet but he certainly did his best to fill the void at the heart of Chelsea's defence.

Always looks a liability when he plays and he was unsteady on the ball, too often giving it away.

Sometimes he does a few good things and does the basics OK, but then will give away three easy passes right after. Strange player. Had a better second half to be fair.

Similar to Sarr, he will do a couple of good things in attack and create a chance, but then he will make three passes in a row that don't make their target, three easy passes. Frustrating to watch.

Another steady performance from him, he didn't do a lot wrong and was battling hard in the holding role in midfield.

His second game in a row where we have seen a half decent performance, so he is getting there.

One good cross that almost ended up in an own goal and helped Chelsea dominate possession.

It was great to have him back starting for Chelsea, he just brings a lot of composure and helps to keep control of possession.

He was playing a little more wider of the midfield but he had a good game before going off at half-time.

With all the academy players on the pitch, it was Barkley who looked like Chelsea's weakest link.

Whenever he got the ball he looked like he had no idea what to do with it and often gave away possession. 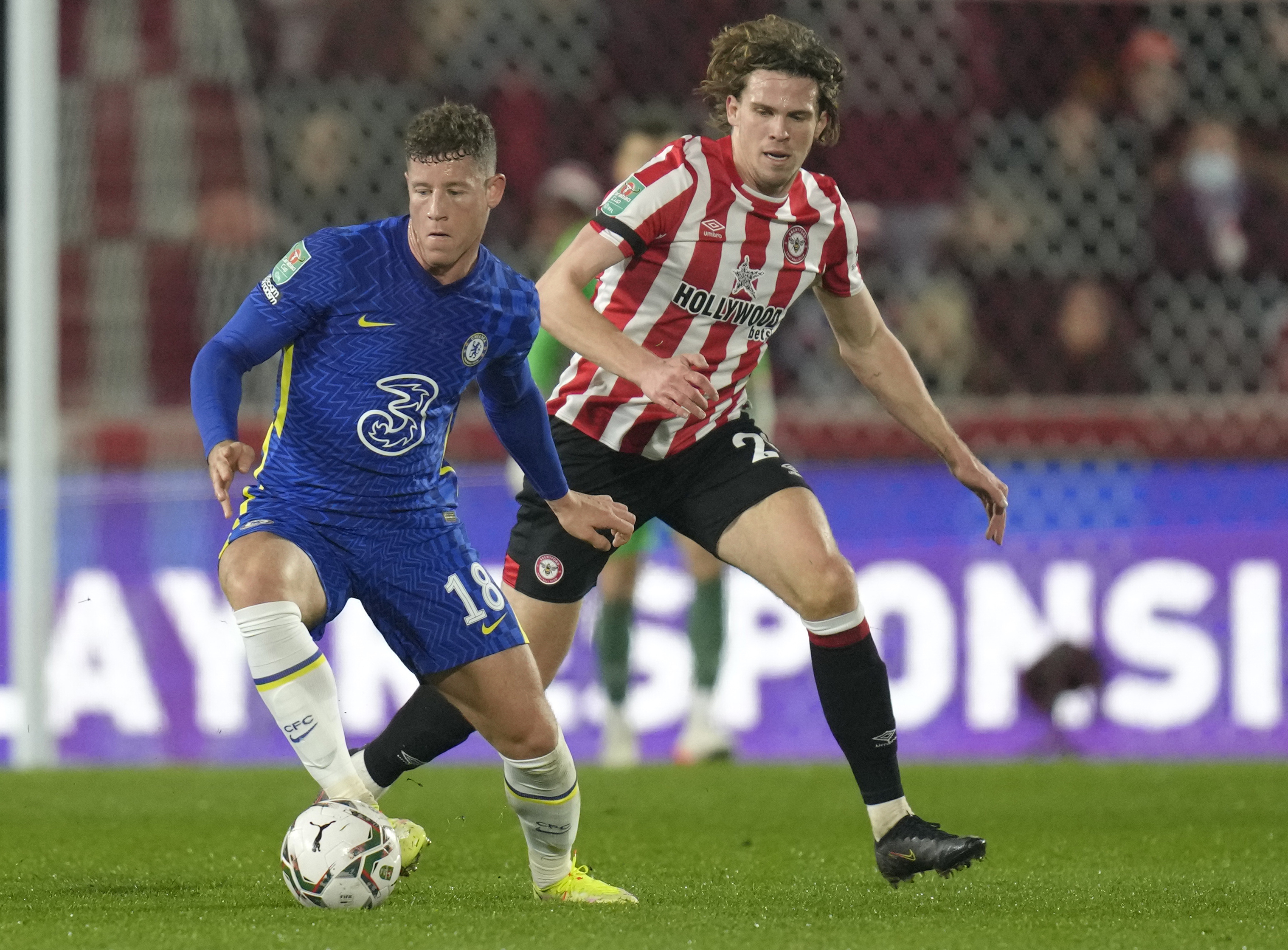 Vale looks to have it all about his game and as well as being good on the ball and quick, he is also very creative, intelligent, and proved he can match the physicality of the Premier League.

Great chance to score when left unmarked in the box but his header went straight to Fernandez.

Similar to Vale he was very bright and intelligent when he did get on the ball, always looking to make those cute little passes to split the defence.

He was isolated at times but linked very well with both Vale and Simons, obviously!

Harsh to take him off as he was isolated but still looked good. 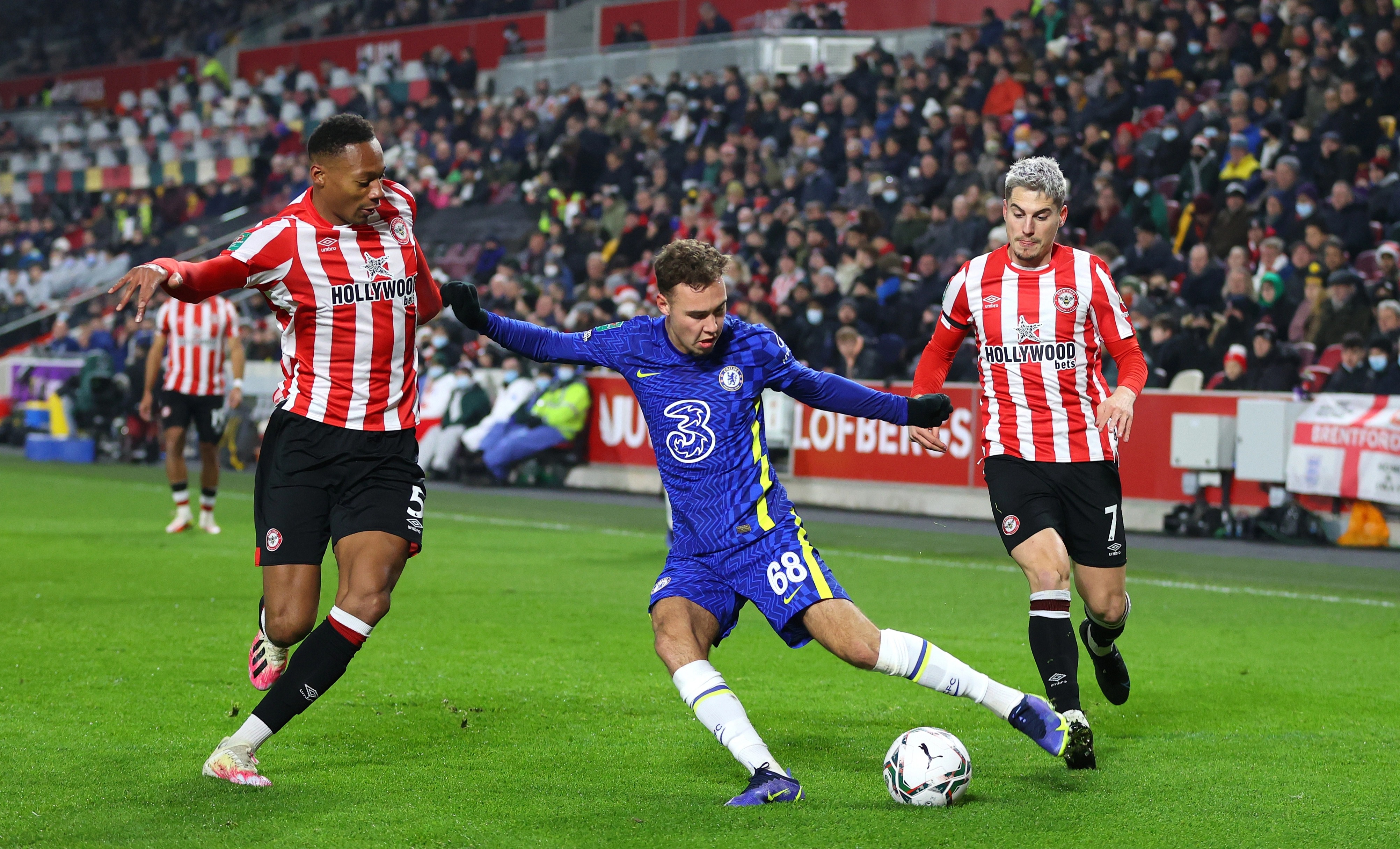 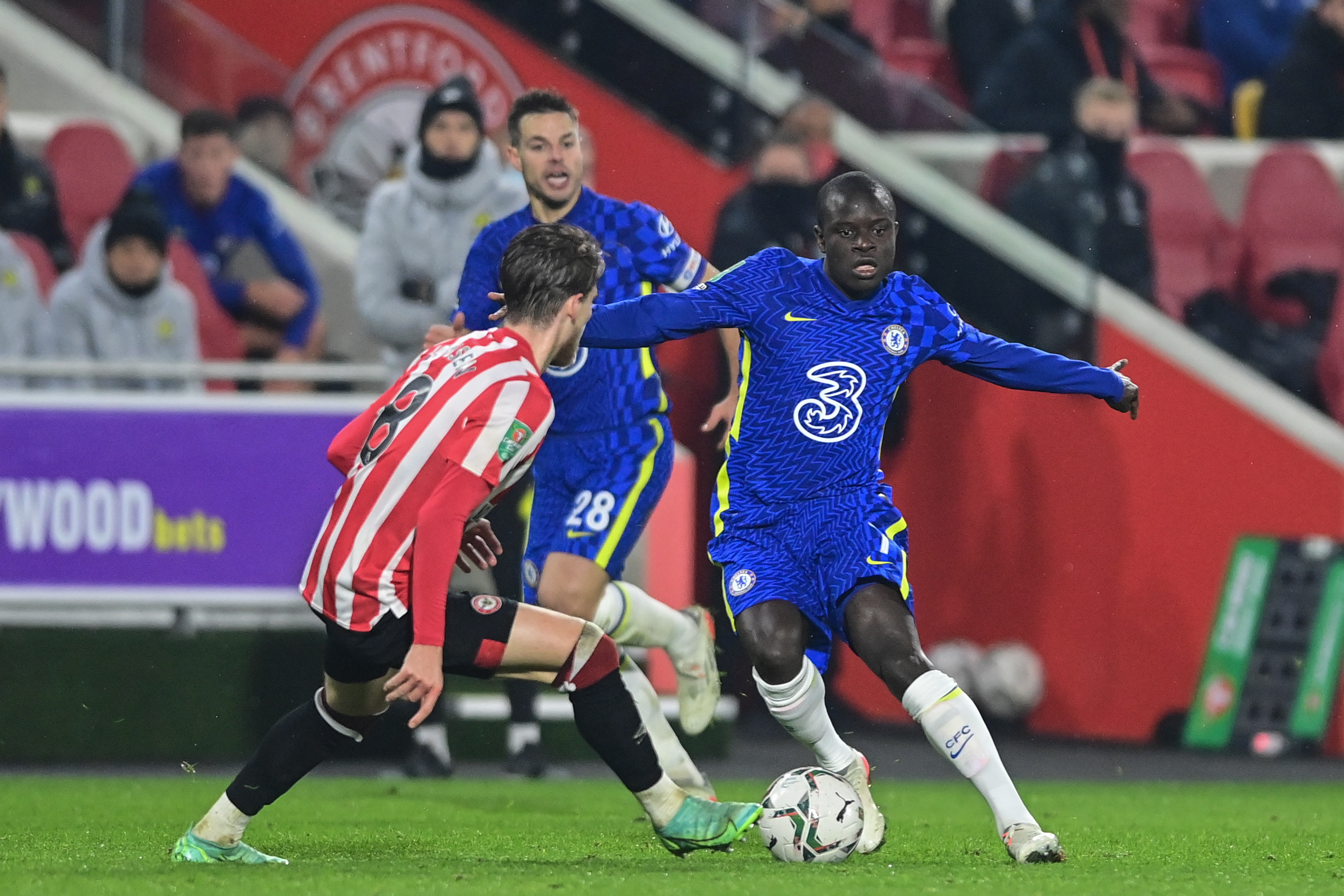 Injected some more composure in the middle of the pitch and looked dangerous with those long passes. Scored a nice penalty.

Christian Pulisic (for Soonsup-Bell at HT) – 8

Linked well with Vale and his pace was a real threat and how he won the penalty.

Supplied the cross for the goal with Pontus Jansson turning the ball into his own net.

His energy helped us keep the ball even more and try to penetrate the Brentford backline.

Made a difference to the Chelsea attack as soon as he came on and played a big role in the opening goal.