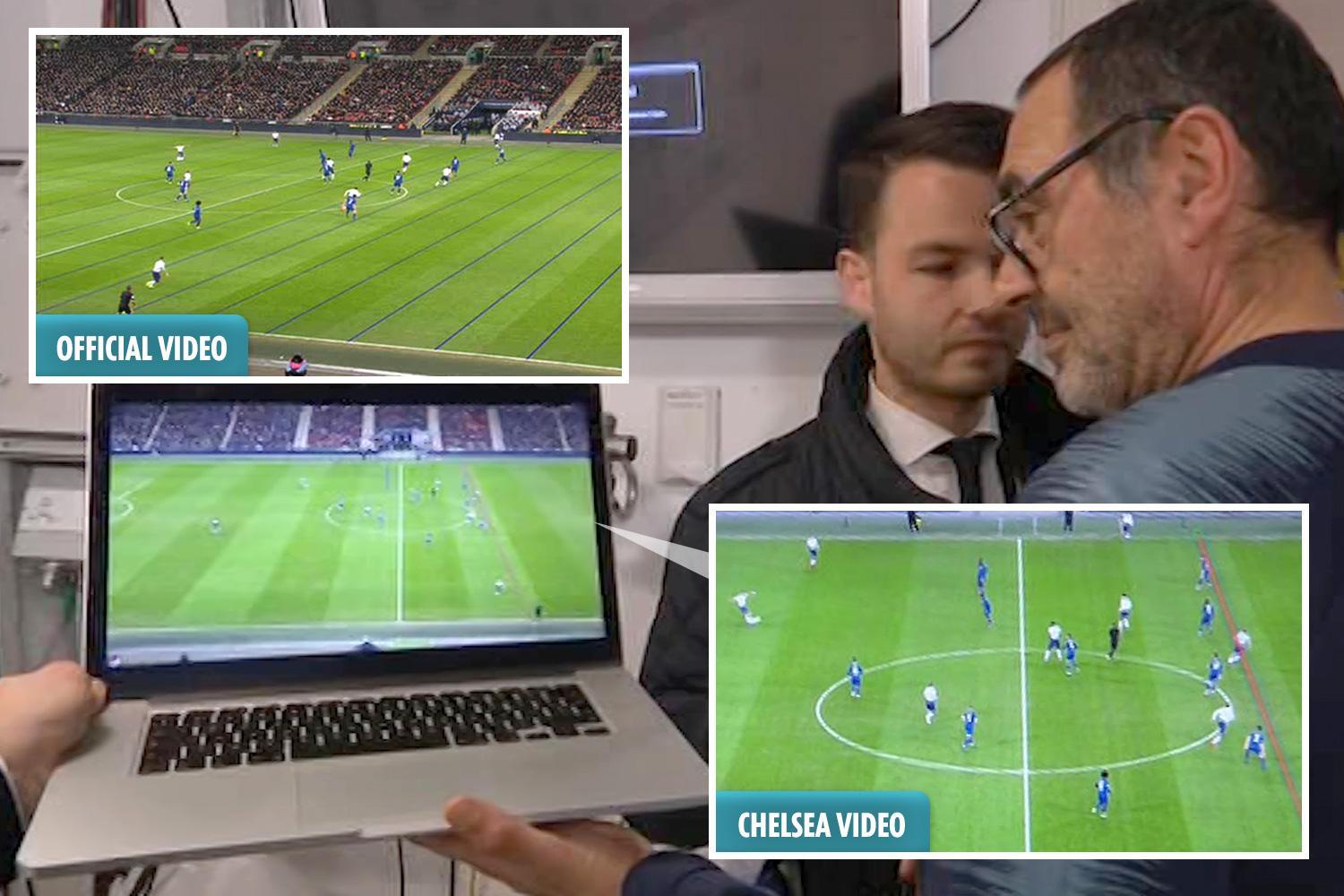 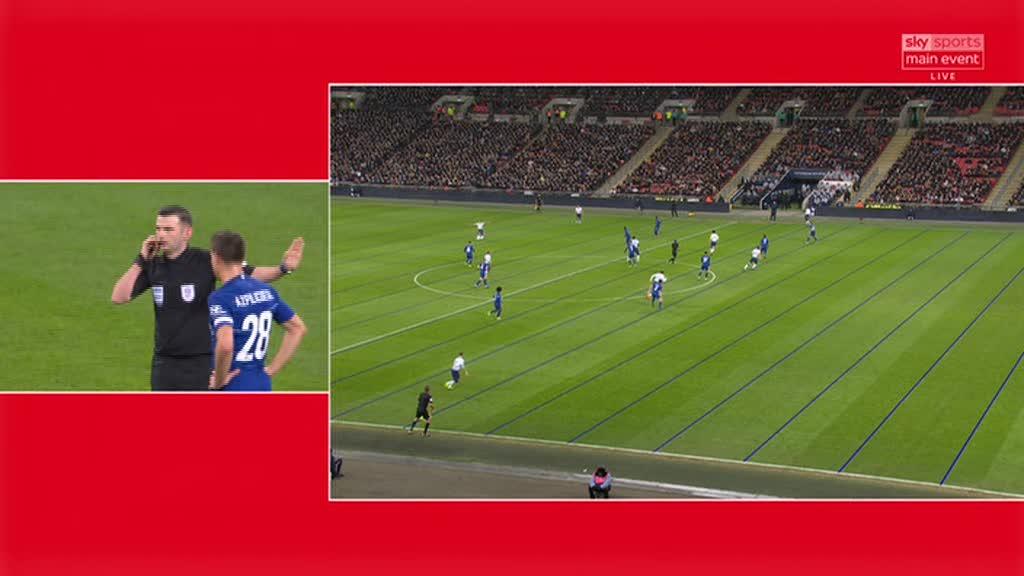 Sarri produced video evidence from Chelsea’s in-house analytical department which he said proved Kane was offside as he ran onto Toby Alderweireld’s first-half through ball.

A furious Sarri said: “At the moment the English referees are not able to use the system. I don’t know they are up for it.

“From the video pictures on our camera Kane was offside, clearly offside.

"Maybe the VAR camera was in a different position. From our position he was clearly offside. 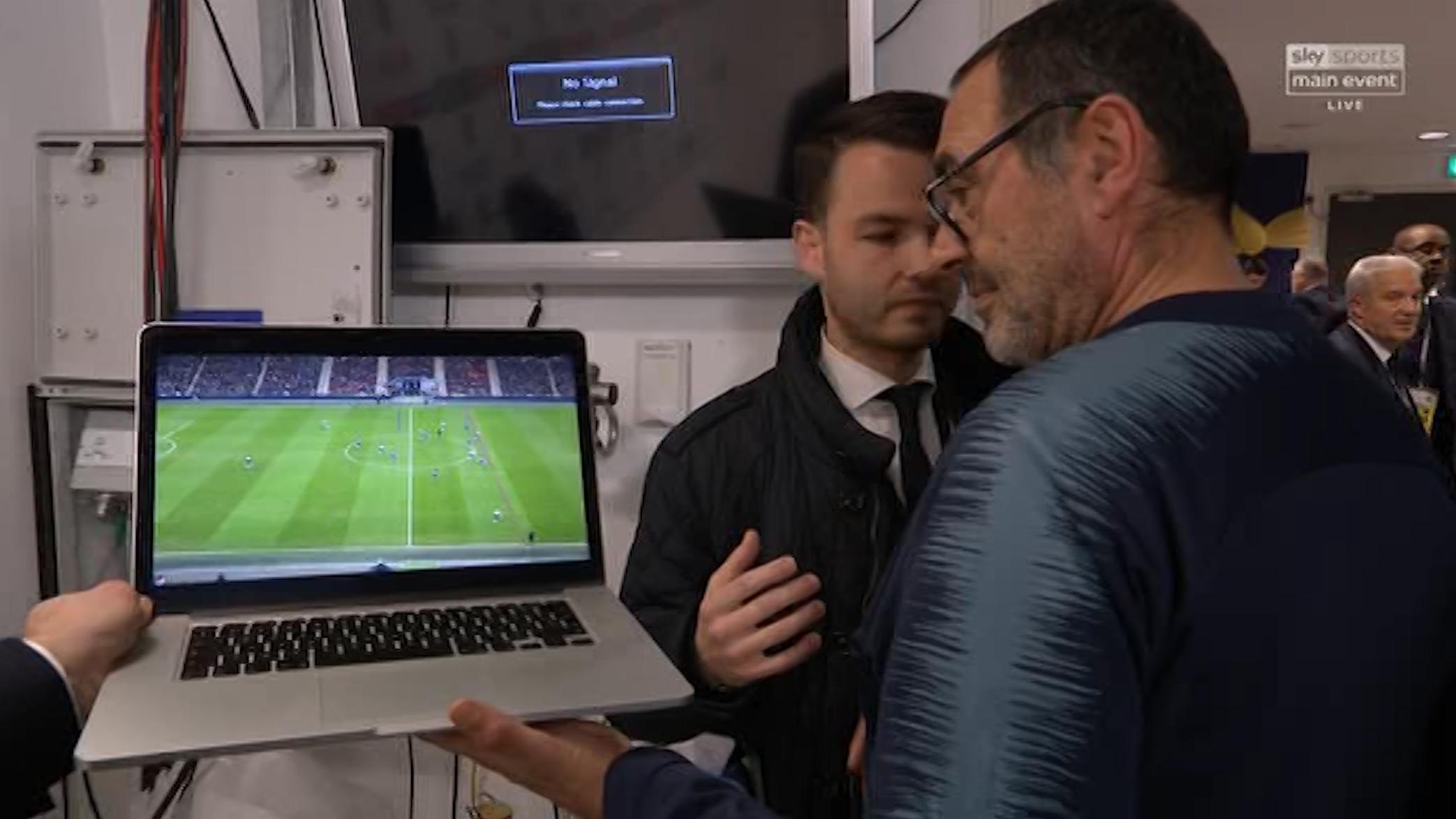 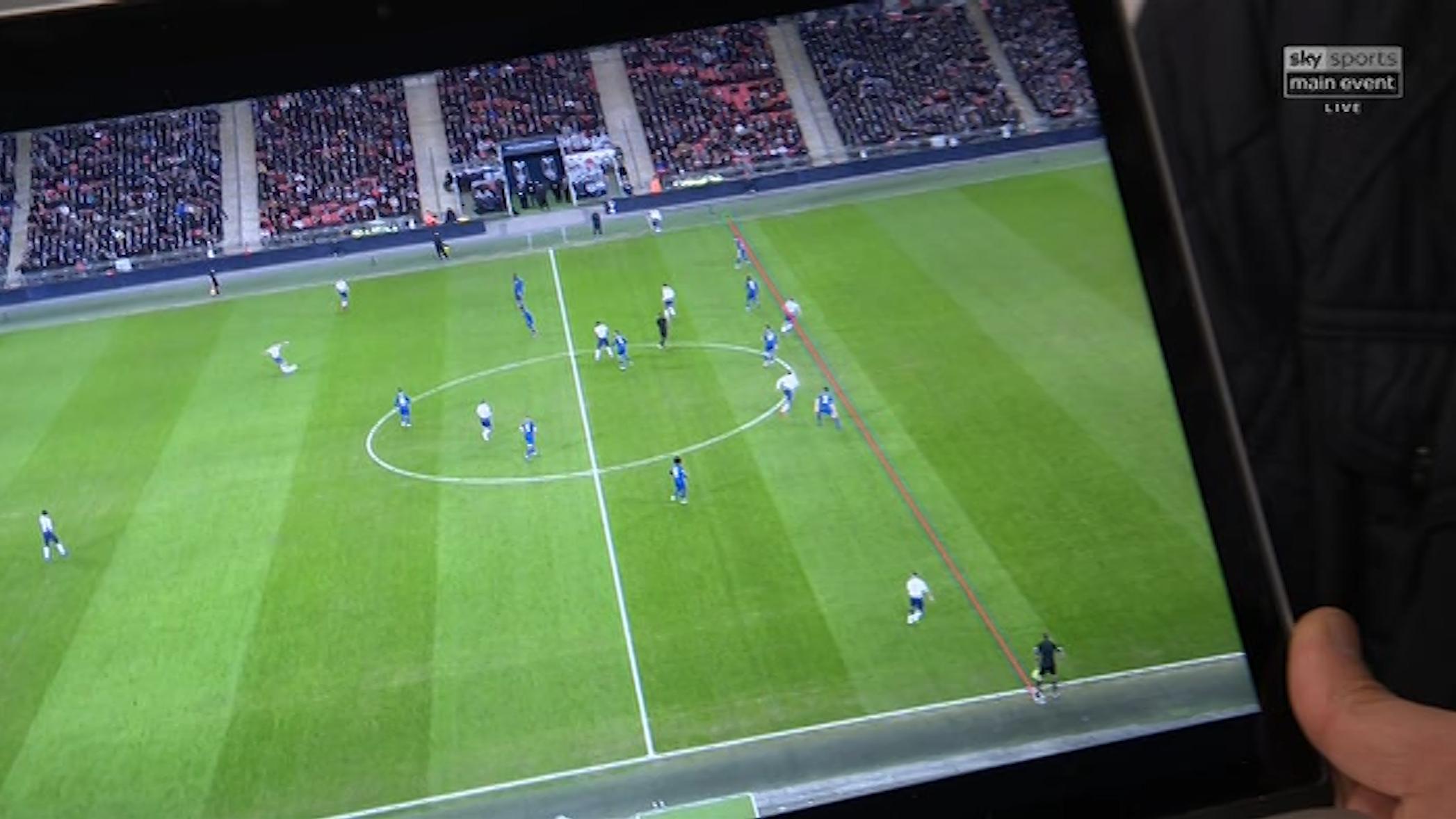 “If the VAR camera is not in line it is difficult to judge whether he is offside or not.”

Chelsea had drawn their own lines on the image to “show” the Spurs striker’s head and torso were ahead of Cesar Azpilicueta, meaning the goal should have been ruled out.

But ref bosses believe the pictures produced by Chelsea – which were not available to VAR official Simon Kavanagh – are misleading.

It is understood they believe the blurred image of the ball presented by Chelsea means it was already moving – so the frame came AFTER Alderweireld had struck the ball.

Their belief is that the previous frame, at the actual point of contact, would have shown Kane was marginally onside.

In addition, broadcasters have been warned not to draw their own lines on any images – which is what Chelsea did to make their case.

VAR officials only use the sight-lines drawn by technology provider Hawk-Eye and Kavanagh viewed the footage to tell ref Michael Oliver that Kane was fractionally onside. 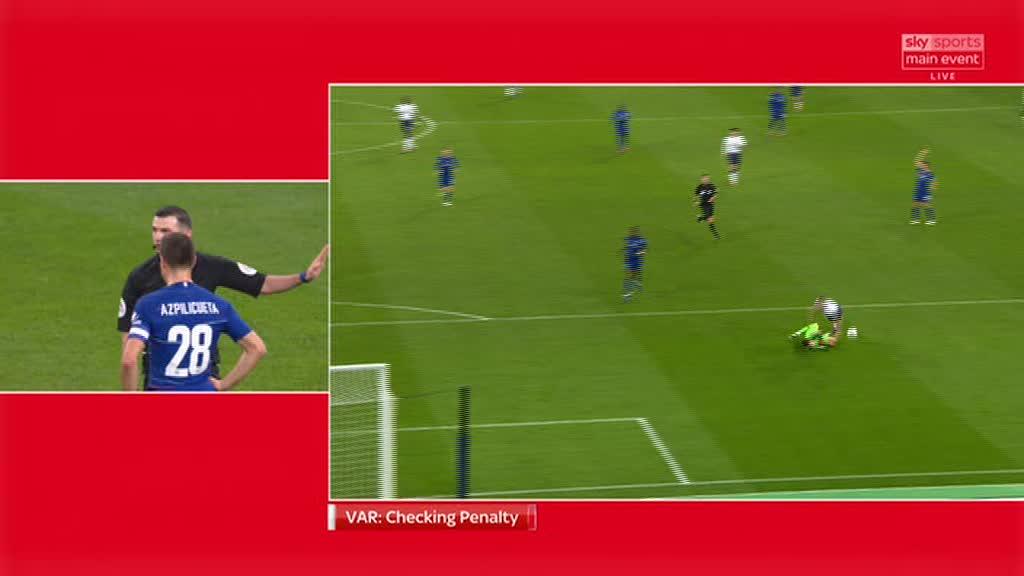 The VAR team were not aware of the Chelsea footage – it was not available during the game because it was produced for private consumption – and there is some frustration at league headquarters that the Stamford Bridge outfit opted to make it public.

A PGMOL source said: “We are very happy that the officials did their job properly.

“They can only go on the evidence available and that is what they used.

“Michael did exactly what he was supposed to do – he allowed play to develop and then went back to check the original decision.”