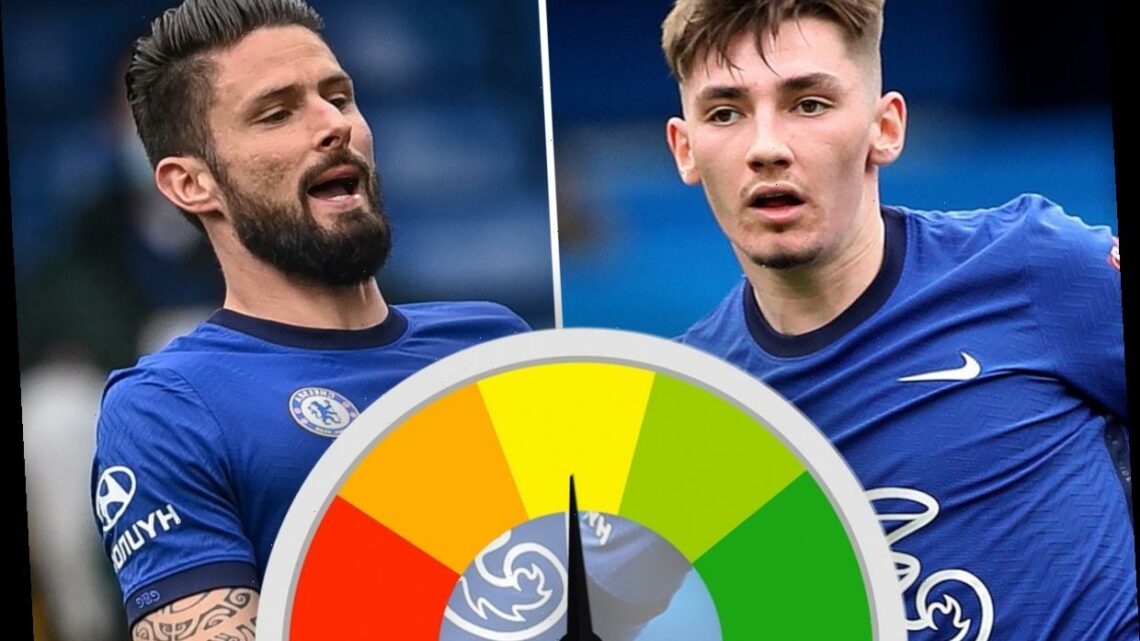 CHELSEA made nine changes for their FA Cup clash against Sheffield United – and it showed as they scraped into the FA Cup semi-finals.

An Ollie Norwood own-goal and a late Hakim Ziyech strike at the death proved to be enough for Thomas Tuchel's side in a disjointed and lethargic show. 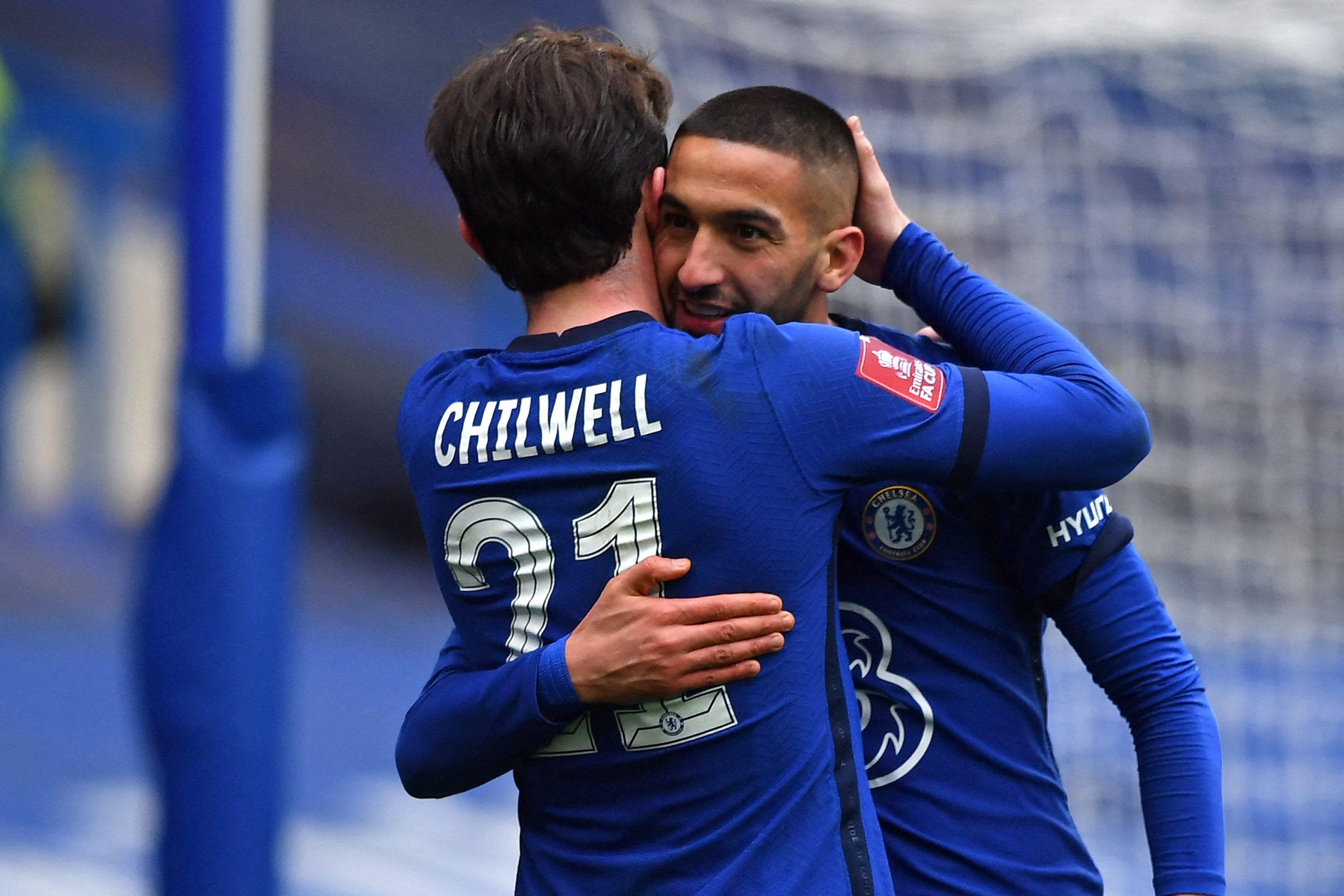 Sheffield United showed good heart and fight – especially coming only one game after their 5-0 thrashing by Leicester.

He was very quiet and rarely called upon albeit a few long-range tame efforts, untilt the second half when Sheff United threatened a bit more and Kepa made a few good saves.

Looked just as comfortable at right centre back as he has done in the middle of the back three and continued his fine form. 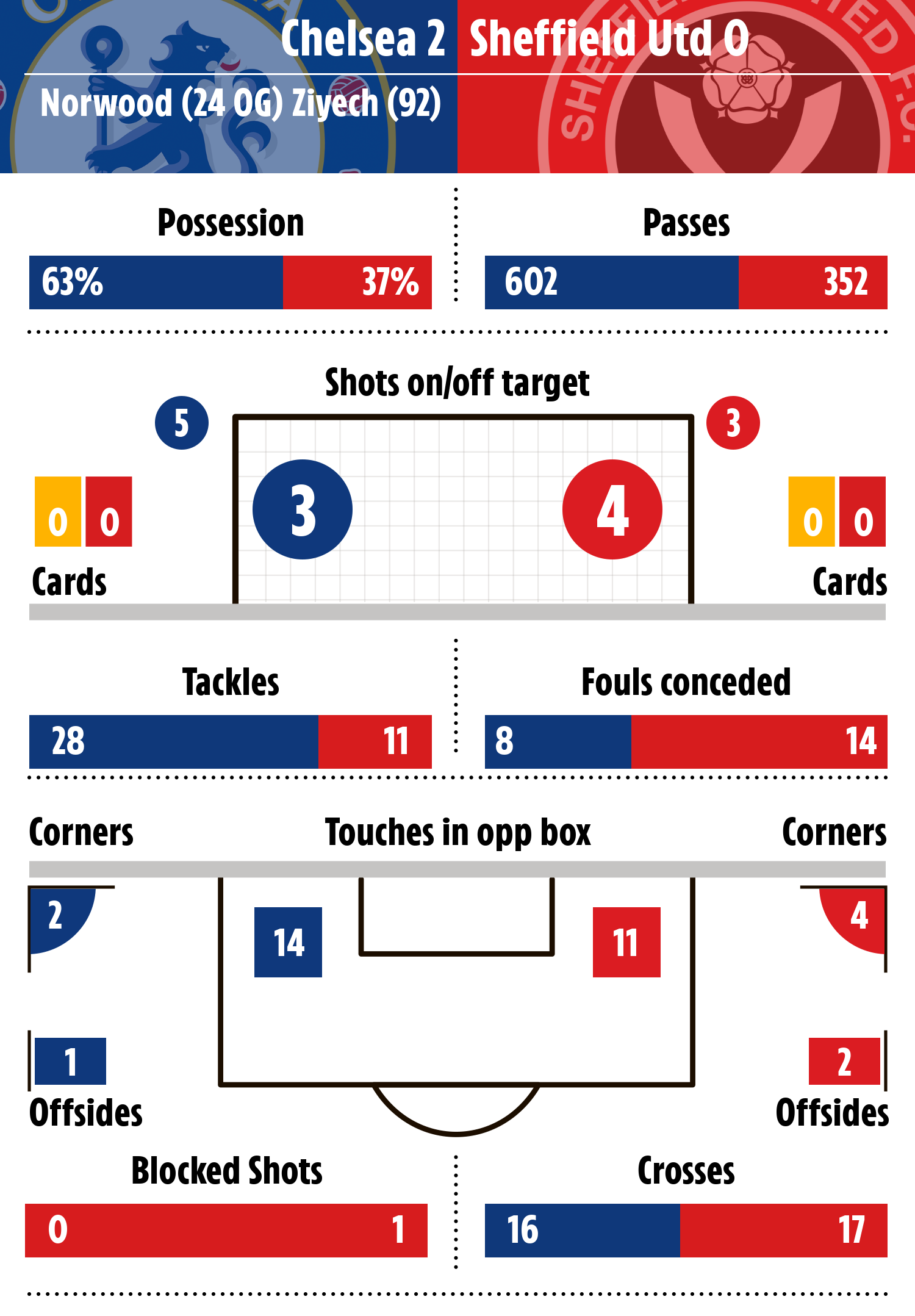 Solid at the back and he was very good at controlling passing out from deep. Always talking and organising the backline and didn't put a foot wrong.

Looked a bit rusty and uncomfortable with the ball at his feet at times, but largely he did his job well and what he needed to do as he grew into the game.

A good threat out wide, often beating his man to find enough space to deliver a good cross.

It was exactly this that made Chelsea's first half goal from a resulting corner. Second half he appeared to lose his touch a bit and was poor.

Like a player who's been playing at the top level for 15 years, he controlled Chelsea's play alongside Kovacic and showed once again what a top-class all-round midfielder he is.

As always, very neat and tidy on the ball and controlled the middle park for Chelsea.

A few nice long diagonal passes to find Hudson-Odoi out wide, and great at driving forward with the ball.

He looked much better today after a few poorer games.

It was his shot that Chelsea got their first half goal from and he was very tidy on the ball always looking to be progressive.

The Chelsea captain today looked a bit easy to knock off the ball one too many times, and it wasn't his best performance as of late.

Not a great game for him really, although he was the victim of a lot of fouls from the Sheffield United players and no protection from the Referee. But he missed a one-on-one chance to score, and his overall contribution was poor despite getting much better in the second half.

He was very quiet in the first half and it was easy to forget that he was even on the pitch. Unsurprisingly he was subbed off just after 60 minutes.

Was supposed to sure up the back line but he was a little uneased under pressure.

Was put in for his physicality and tried to make the difference.

Elderly driver flips her Vauxhall Corsa onto its side while parking

Verdict: Arsenal discover that forcing your opponents into mistakes is much better than gifting them out yourself
World News