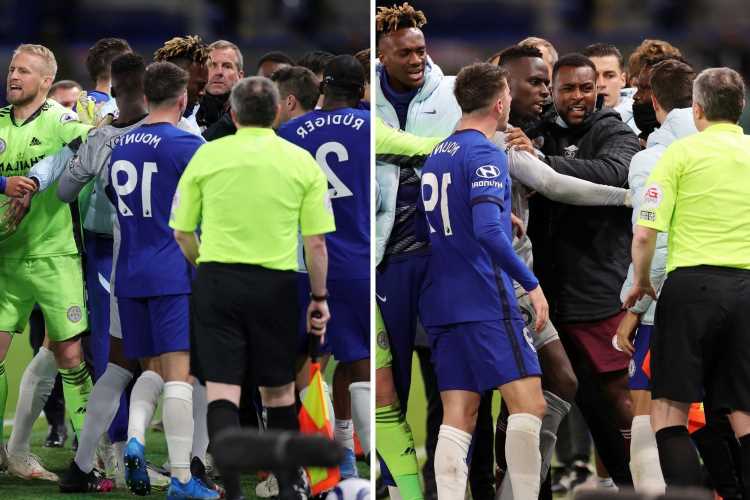 CHELSEA and Leicester face £25,000 fines after being charged by the FA over their late brawl in Tuesday’s crunch Prem clash.

Players, substitutes and coaching staff from both sides became embroiled in the unsightly spat after an injury time clash sparked by a Ricardo Pereira challenge on Ben Chilwell. 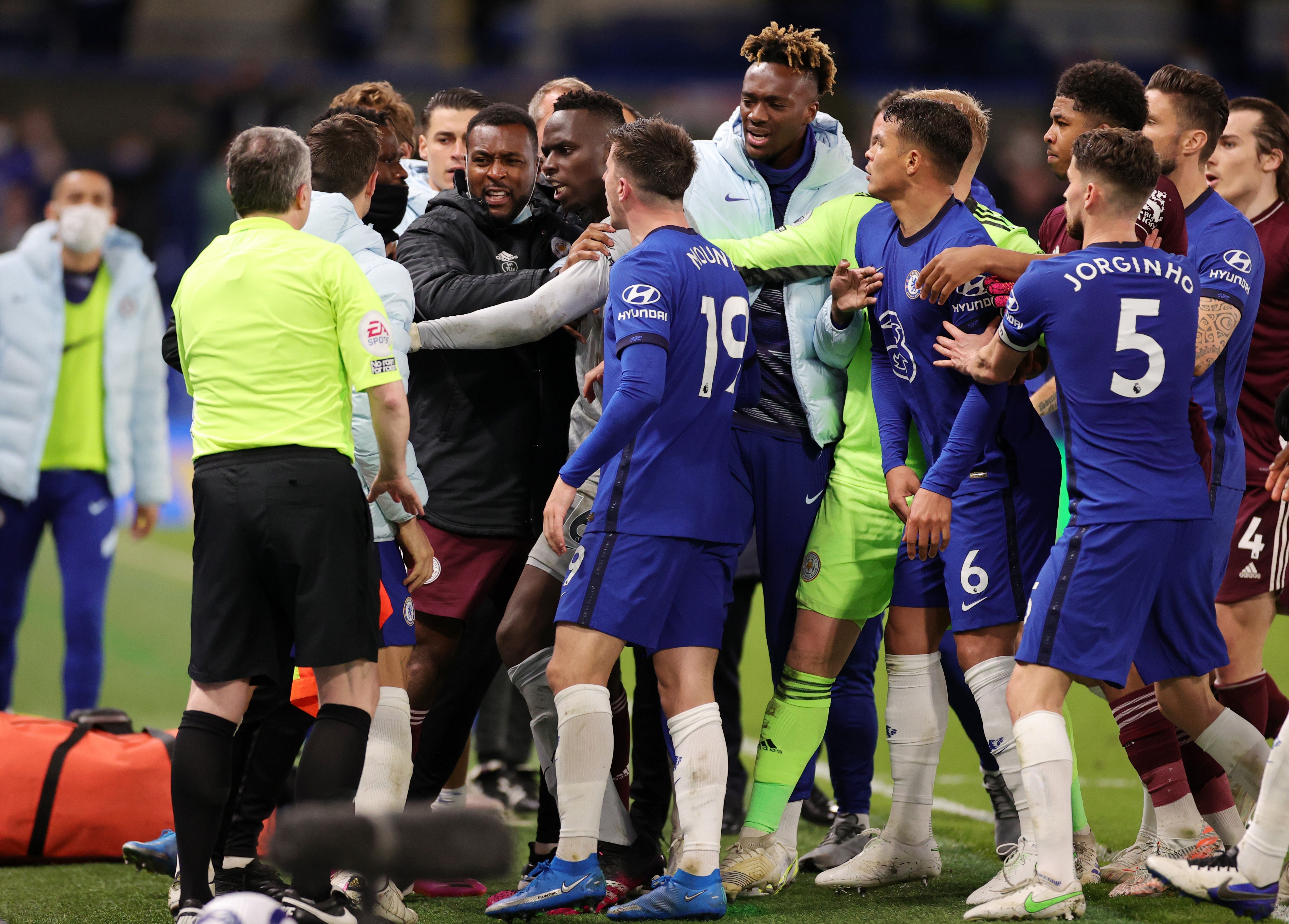 Chelsea defender Antonio Rudiger was incensed at the foul.

And his angry reaction saw the scrimmage on the touchline, with the match officials watching on.

Tensions between the sides had been intensified after Chelsea became aware Daniel Amartey had trod on the club pennant inside the Leicester dressing room after their FA Cup Final win on Saturday.

And with a Champions League spot for next term up for grabs at the Bridge, Amartey’s decision to come down to pitch side and get involved led to more finger-pointing.

The incident was reported by ref Mike Dean.

And Prem observers and now both clubs have been charged with failing to control players and officials and given until Tuesday to respond.

Speaking after the game, Chelsea boss Thomas Tuchel said: “It’s not so easy to lose in difficult games.

“We had to swallow it. We showed respect in the Cup final but it got a bit heated. It’s hard to lose in big matches.

“I know there was an incident, I didn’t talk about it before the match.  The players were well aware.”

Leicester hitman Kelechi Iheanacho added: “Antonio Rudiger went aggressively on Ricardo Pereira and that is what caused the fight.

“I was telling him to calm down.”