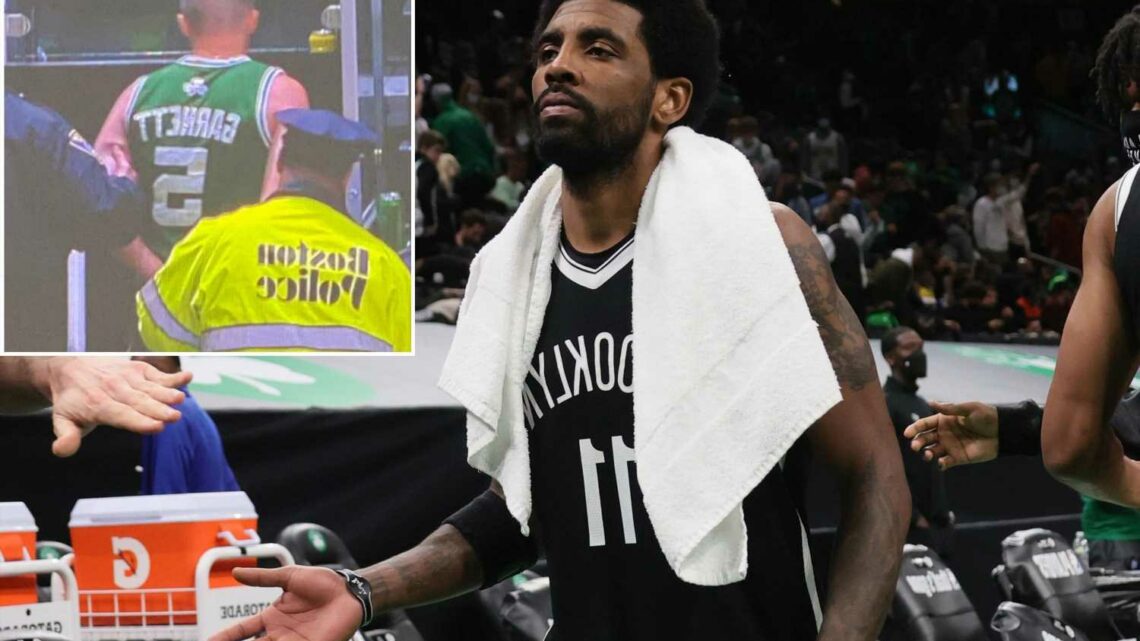 Kyrie Irving found himself in the middle of another example of an NBA fan going too far.

A male Celtics fan at TD Garden threw a water bottle at the Nets star as he walked off the court after Brooklyn routed the Celtics 141-126 in Game 4 on Sunday night. The bottle did not hit Irving as a YES camera captured what happened.

Michael Grady of YES tweeted a photo of a fan being escorted out of TD Garden by local police.

“Grow the f–k up,” Nets star Kevin Durant said when asked about the incident.

Irving, who scored 39 points, is a bit of a villain in Boston after leaving the Celtics to sign with the Nets in 2019.

Following the win, Irving stomped on the Celtics’ center-court logo.

The water-bottle throw is the latest concerning incident involving NBA fans. Hawks star Trae Young was spat at by fan at Madison Square Garden and Wizards star Russell Westbrook had popcorn dumped on him in by a fan in Philadelphia.