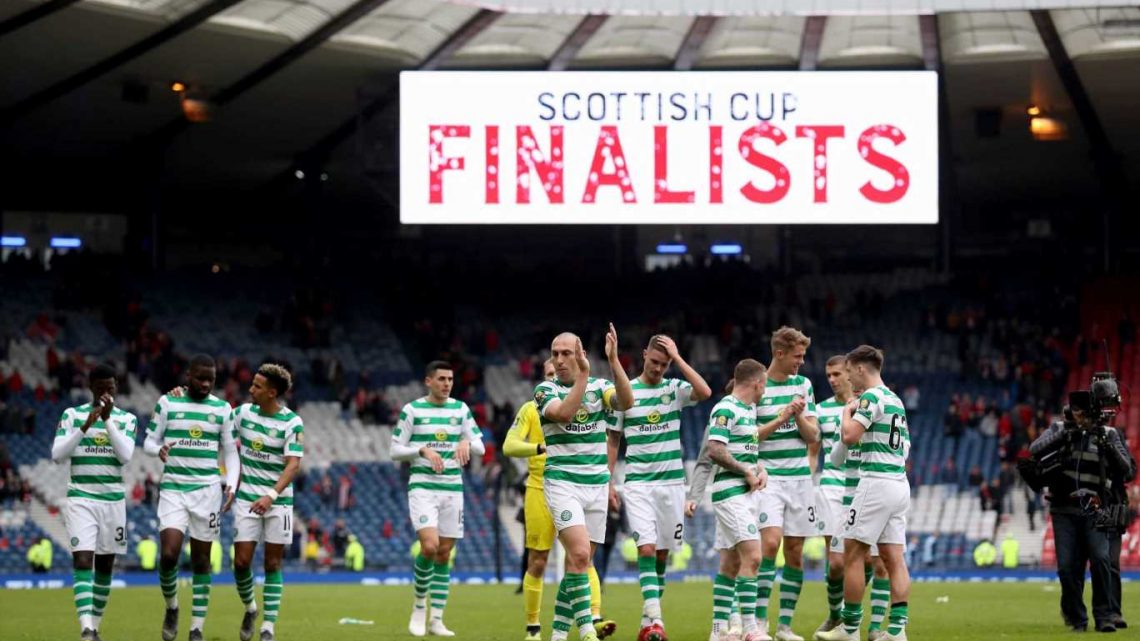 CELTIC remain on course for their third treble in as many years as they thumped nine-man Aberdeen 3-0 to book their place at next month's Scottish Cup final.

The Dons were very much in the game at Hampden until Dom Ball was sent off for a second yellow after a nasty clash of heads with Ryan Christie. 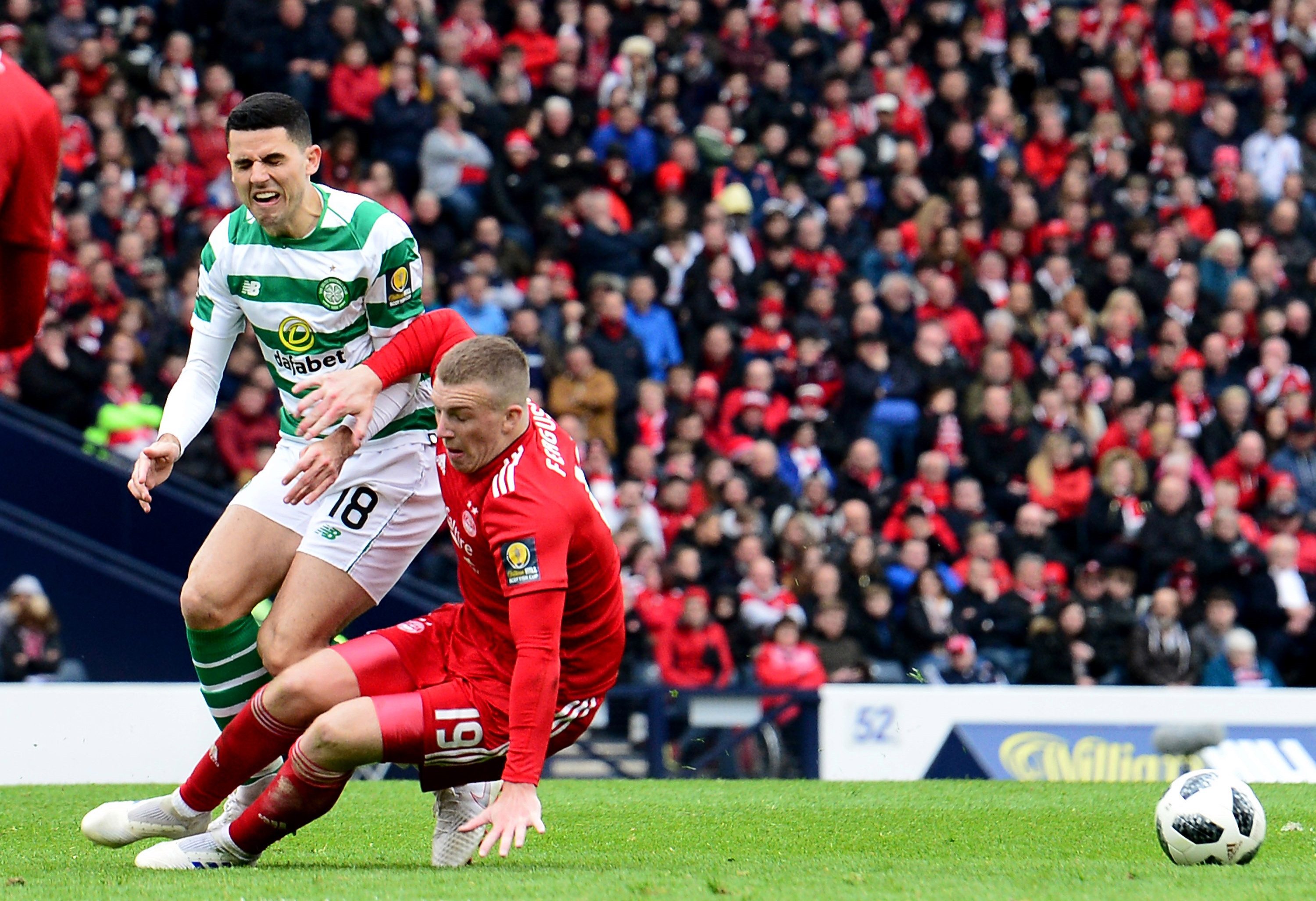 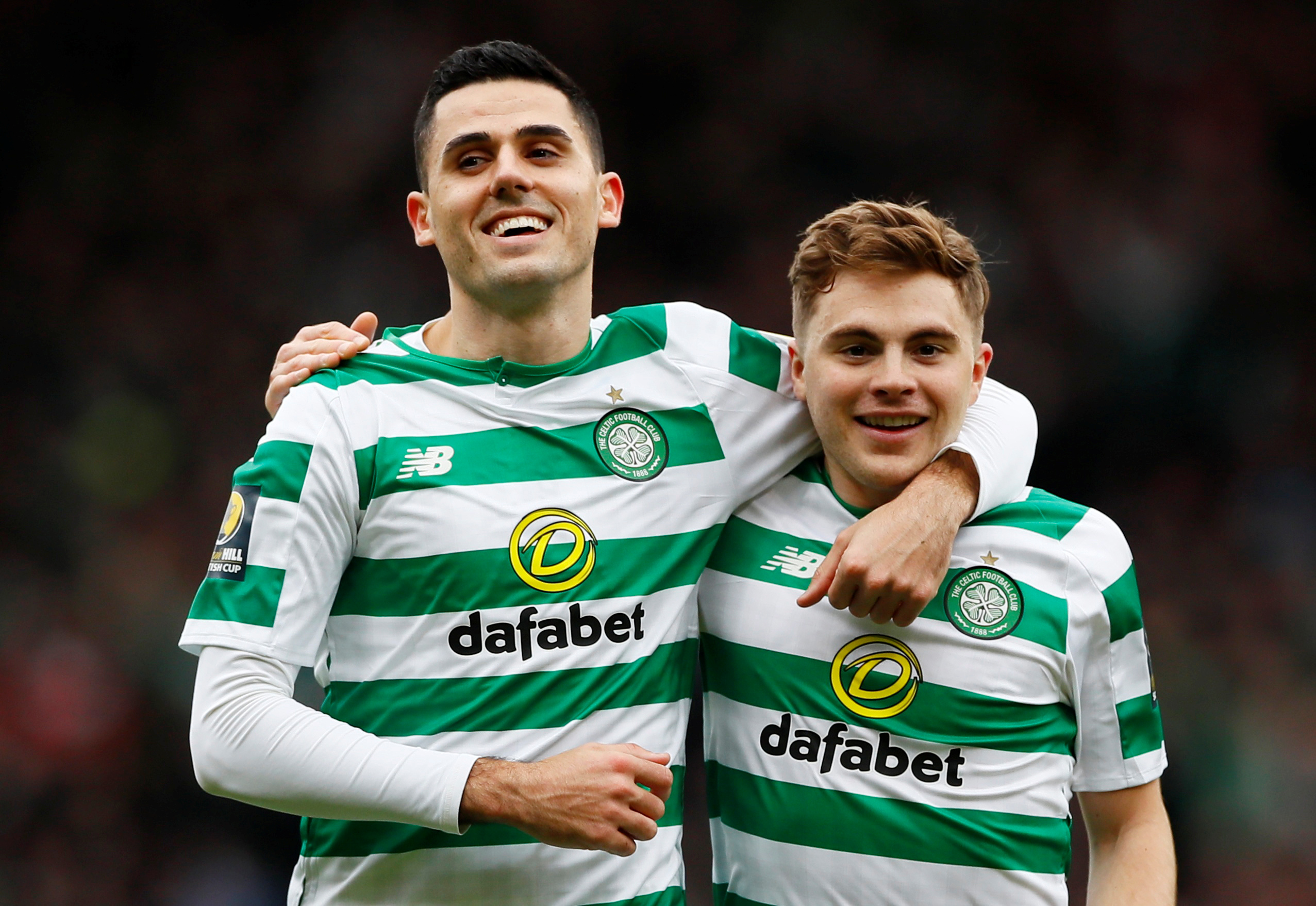 Celtic quickly made the most of their man advantage as James Forrest fired them ahead in first-half stoppage time.

Odsonne Edouard's penalty and a neat finish from substitute Tom Rogic made things worse for the Pittodrie faithful who also saw Lewis Ferguson sent-off for their side.

Derek McInnes had been looking to lead Aberdeen into his fifth final as boss.

But McInnes and assistant manager Tony Docherty finished the game in the stands after they lost their heads in the face of a green and white onslaught.

Hoops interim boss Neil Lennon will boost his chances of landing the post permanently by wrapping up the club's third straight domestic clean sweep when they take on final opponents Hearts on May 25.

Lennon's record at Hampden with Celtic was mixed, notching up six wins and five defeats from 11 visits.

However, an upset never looked on the cards as Celtic began to turn up the heat.

Defender Jozo Simunovic was the unlikely early threat but saw two decent chances evaporate as the Dons were forced to weather an early storm.

Aberdeen didn't have a chance until the 36th minute when Sam Cosgrove hooked a volley wide of the target.

Only seconds later, the game swung Celtic's favour as Ball got his marching orders.

Already on a booking for a trip on Forrest, he was shown a second after his head cracked against the cheek of his former Pittodrie team-mate Christie in a sickening collision.

While Ball trudged down the tunnel, there were worrying scenes as medics rushed to attend to the stricken Celtic player.

Christie was placed in a neck brace before eventually being carried off on a stretcher after a five-minute hold-up.

Rogic replaced Christie while McInnes made changes of his own when Stevie May made way for Michael Devlin.

Aberdeen were sharpest out the blocks at the restart and they almost snatched the lead when Ferguson headed wide.

Celtic made the breakthrough 75 seconds into the six minutes of added time.

Forrest collected a short pass on the right from Callum McGregor then gave Max Lowe the slip with a dipped shoulder before smashing an unstoppable drive past Joe Lewis.

Forrest had another chance before the break but The Dons keeper blocked with his feet to keep the game alive.

But Celtic kept pushing after the break and the pressure finally told.

There was a let-off when Lowe cleared a McGregor shot off the Dons' line before Edourard scored his 20th of the season from the spot just after the hour mark.

Devlin got caught ball-watching as Mikael Lustig threw a cross into the box.

Unaware Jonny Hayes was lurking behind him, he instinctively threw out a hand, hauling down the Irishman to leave referee Craig Thomson with no choice but to point to the spot.

Aberdeen's day went from bad to worse on 67 minutes as Ferguson was dismissed for a sickening two-footed lunge on Rogic.

The Australian took his revenge in the only way he knows how as he bounced up and scored from the resulting free-kick.

Lustig fired into the wall, the rebound fell to Rogic who sent a pearler into the bottom corner. 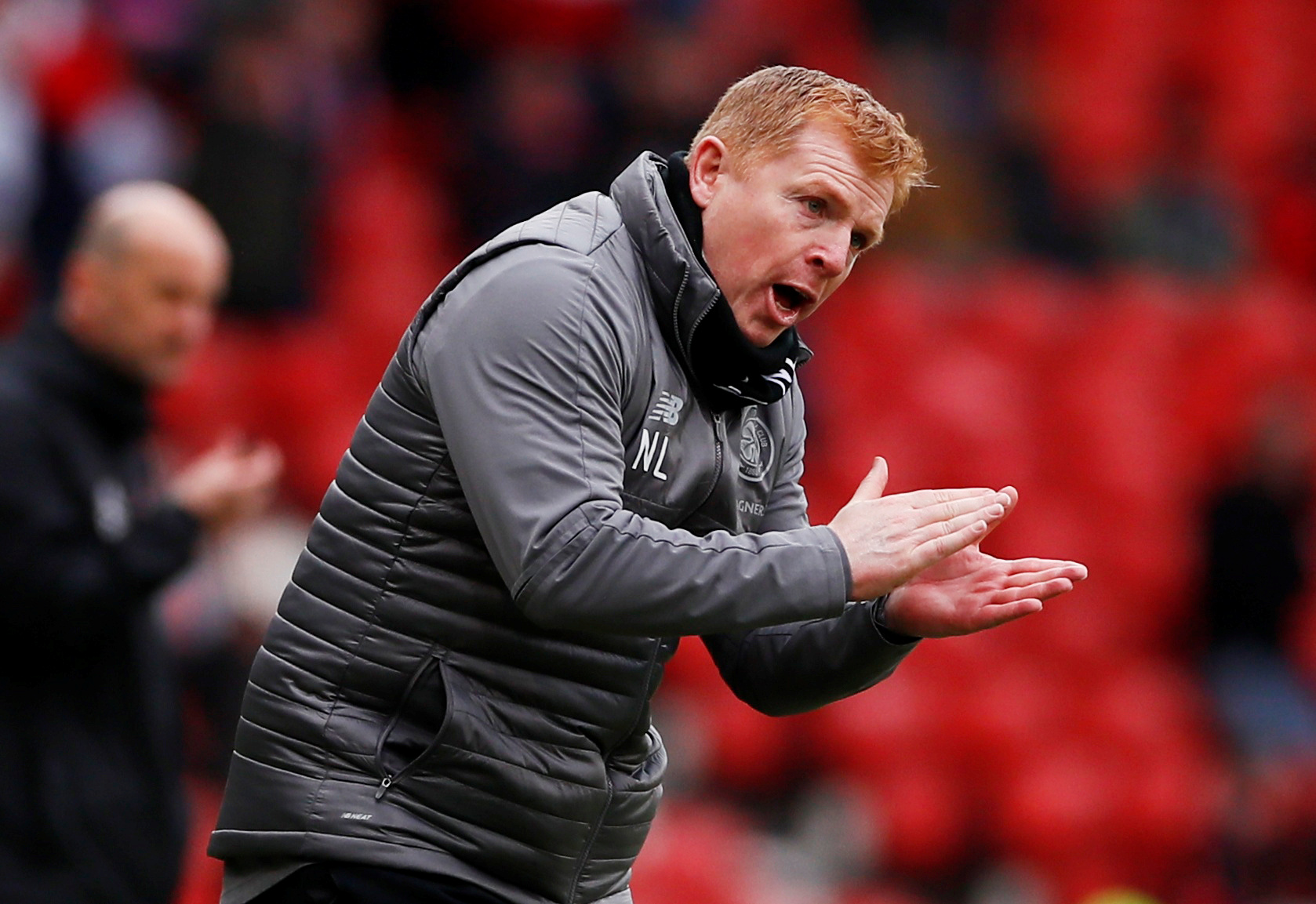 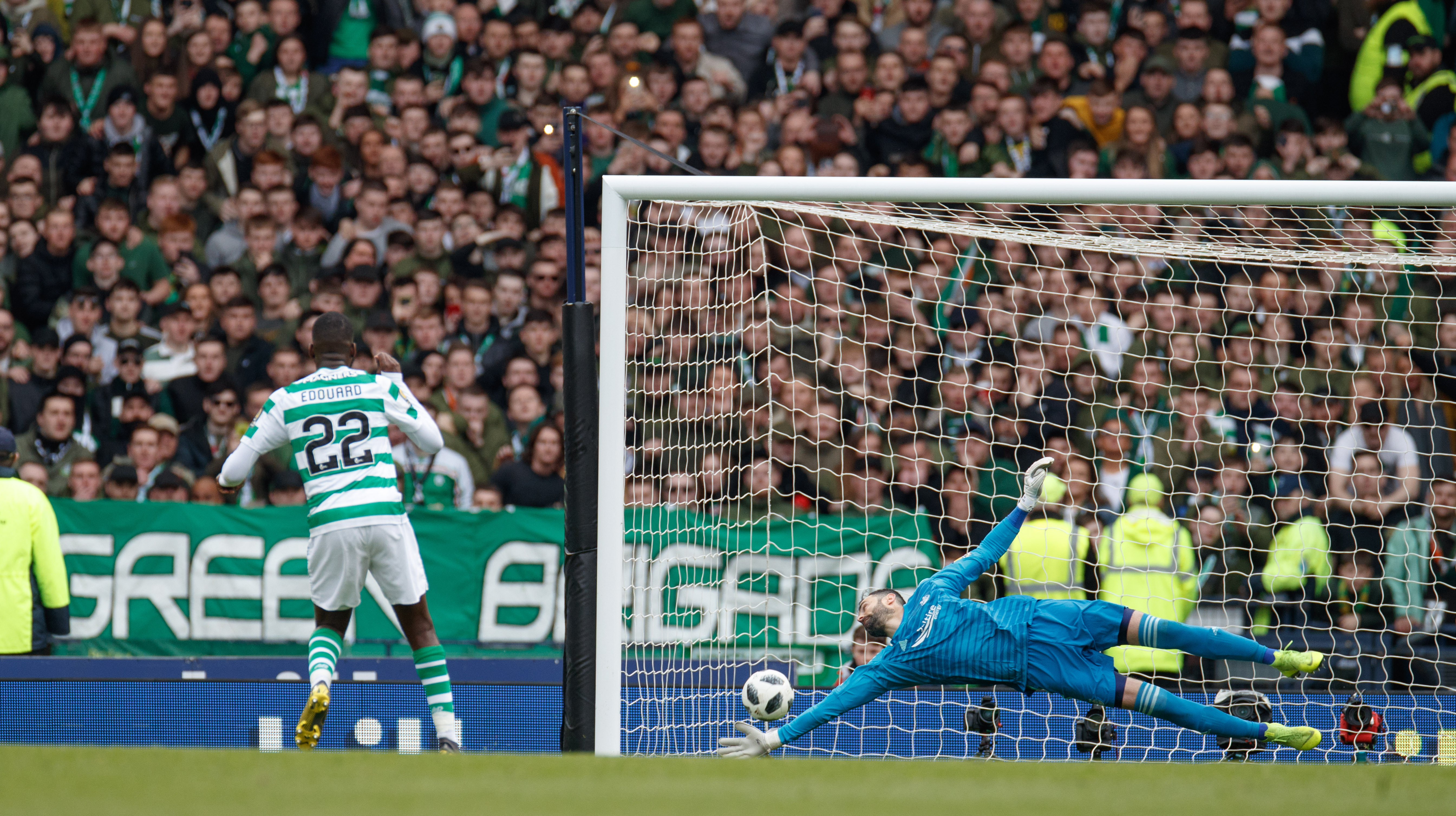 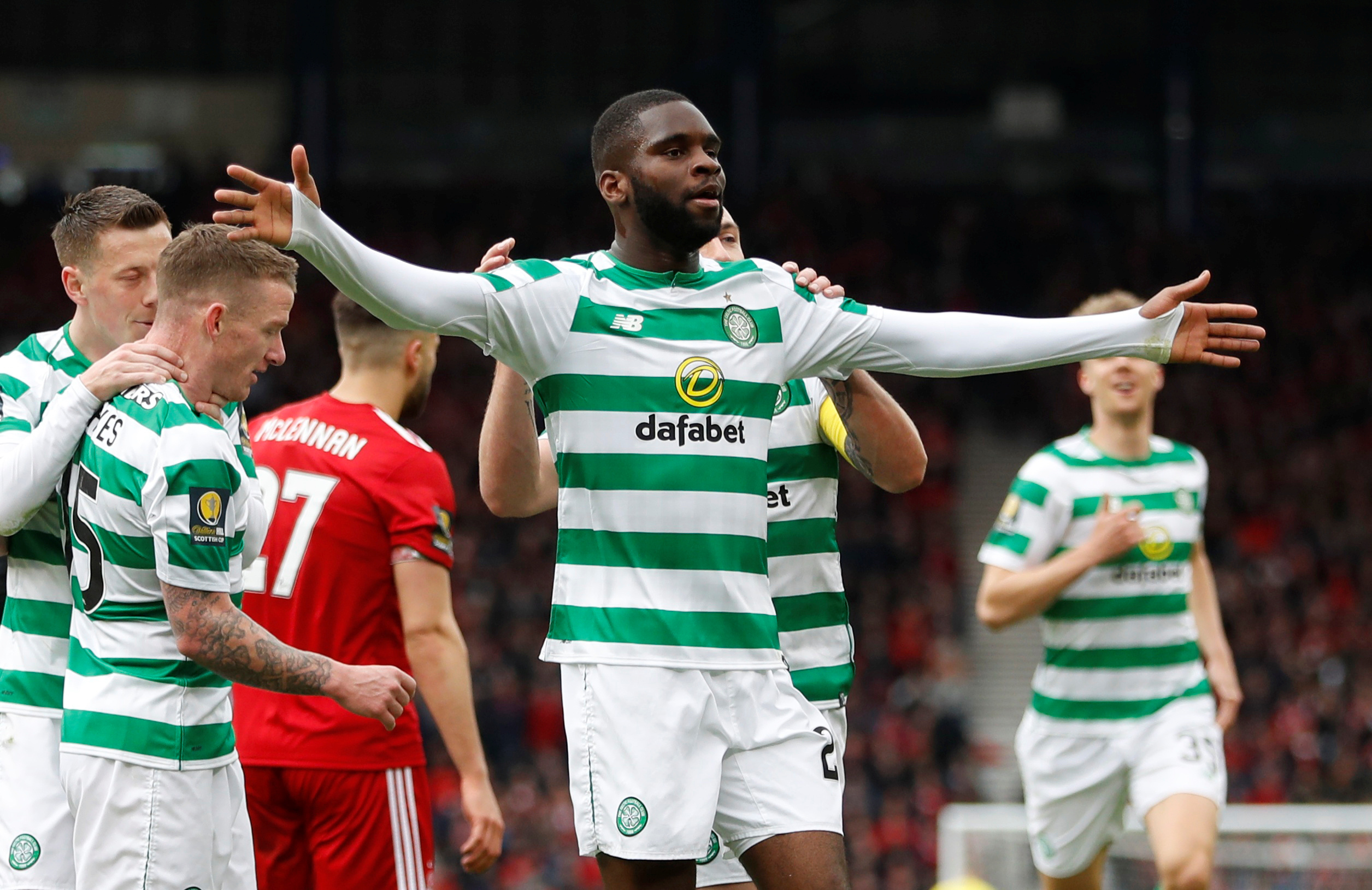 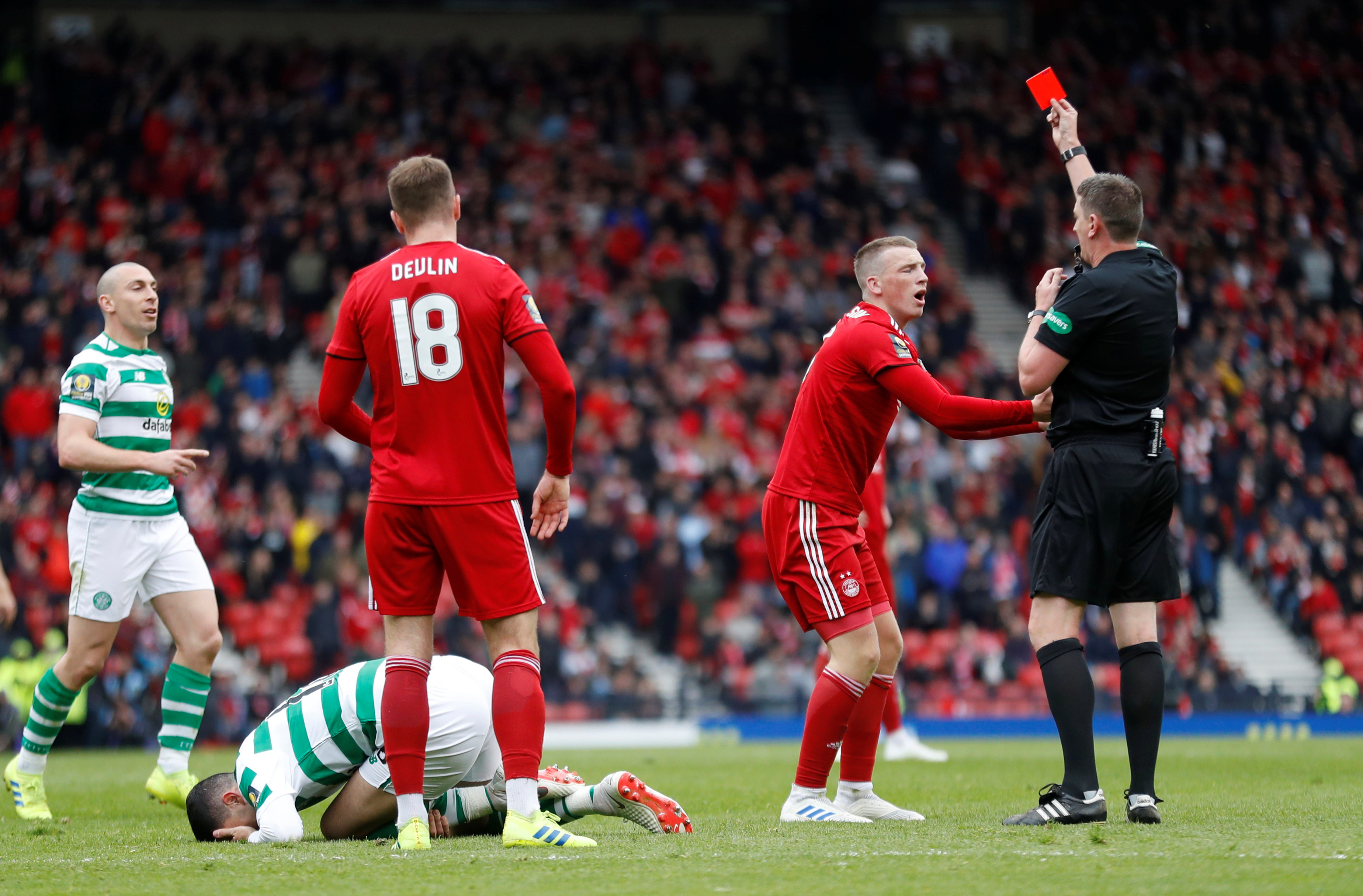 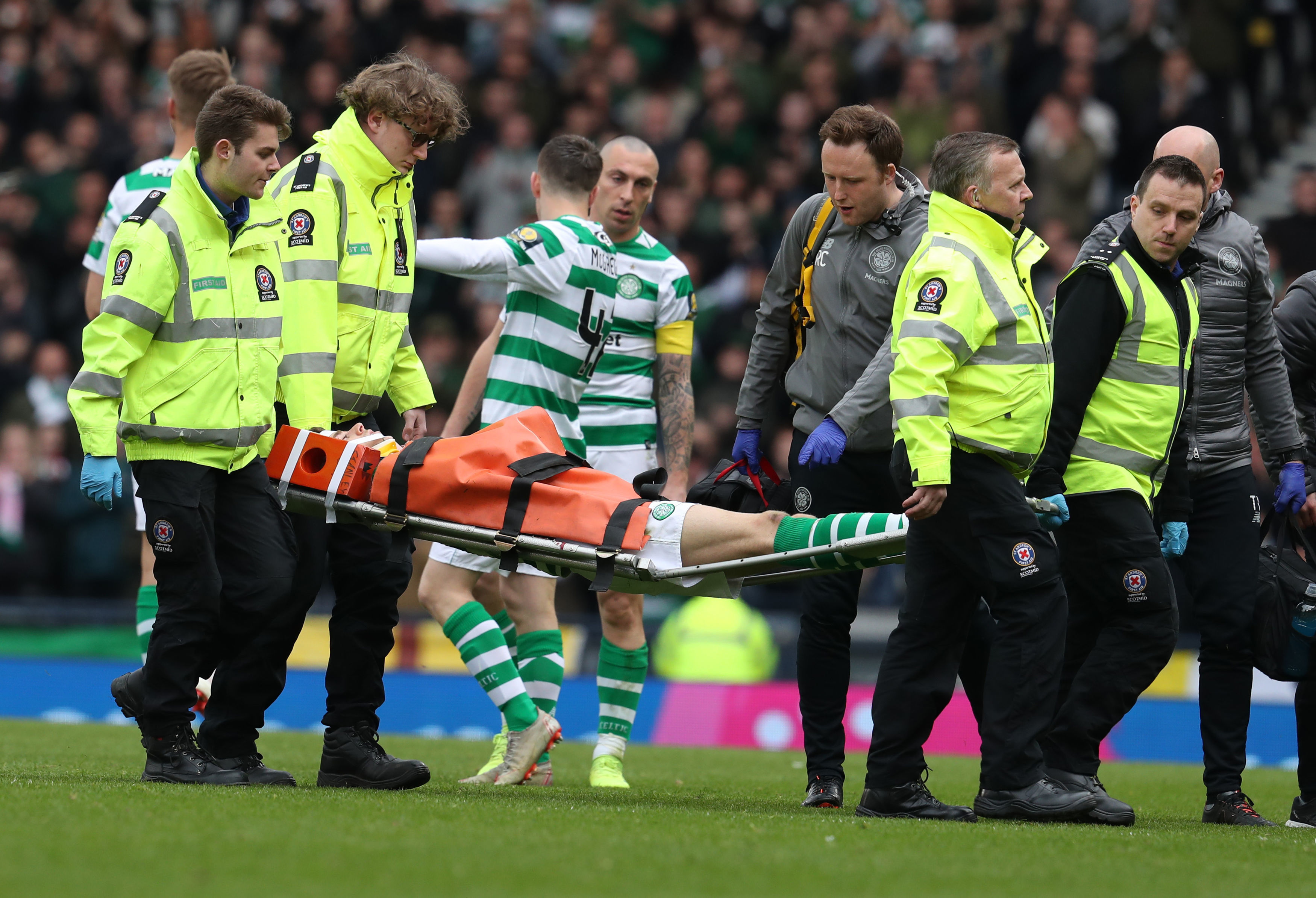