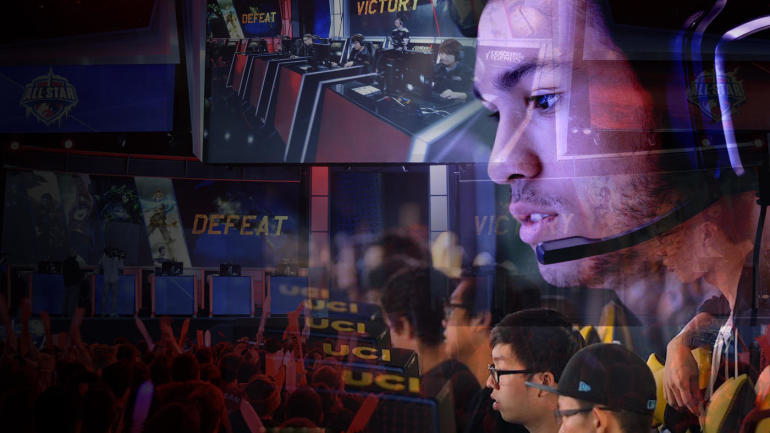 Esports is an industry that is expanding at a rapid pace. Athletes, former athletes and owners are investing in teams to play games such as “League of Legends,” and players are selling out arenas and putting up crazy viewing numbers on Twitch. In fact, the esports circuit is expanding so quickly that it could well end up being an Olympic sport in the not-too-distant future.

With all of that in mind, esports can also be a dangerous industry. Playing video games for a living sounds like a dream job, and for too many it is. But like any supposed dream job, there are plenty of people who will prey on those looking to get into it, hurting the players themselves in the process.

CBS News presents an original documentary “Esports: The Price of the Grind” on the rise and the issues that this largely unregulated industry could present. The appeal is natural. Players spend up to 10 hours a day honing their craft, shy 18-year-old kids are made into personalities, players burn out and even stimulant drug use can run rampant in the community. Many careers end before 25 — not because the players get worse — but because of stress and wrist issues caused by gaming for that length of time.

There are several themes that documentary focuses on, with the first being the life of a competitive gamer, the validation of video games as a profession and the symptoms that are caused by such a rapidly expanding industry that critics say is too unregulated to have the size that it has.

A key part of the documentary is a look at the life of Indy “Space” Halpern, an American for the Los Angeles Valiant. Indy has a strong presence in the popular Blizzard game “Overwatch.” CBS News looks into the practice hours of a grinder, what gameday is like for Indy and what an international match looks like. The documentary ties into an industry that may well try to exploit Indy, and some of the ways that organizers can try to curb that exploitation — with one of the first steps being organizing a player’s union.

The esports industry has a lot of potential, and it looks like it could well be here to stay. As it starts to get into more mainstream events, these regulations will go from suggestions to necessities. However, according to this documentary, they should start being looked at as necessities well before that.

Here’s how you can watch “Esports: The Price of the Grind” on CBS News:

Esports: The Price of the Grind

CBS News is readily available on nearly all platforms, both homebound and mobile.

Apple TV, Android, iPad, Roku, Google Chromecast, Playstation 4, Xbox, Windows 10 and Amazon Fire TV all have CBS News capability, meaning you can catch the documentary from the comfort of your home or on the go. For more on how to watch CBS News on your phone, click here.