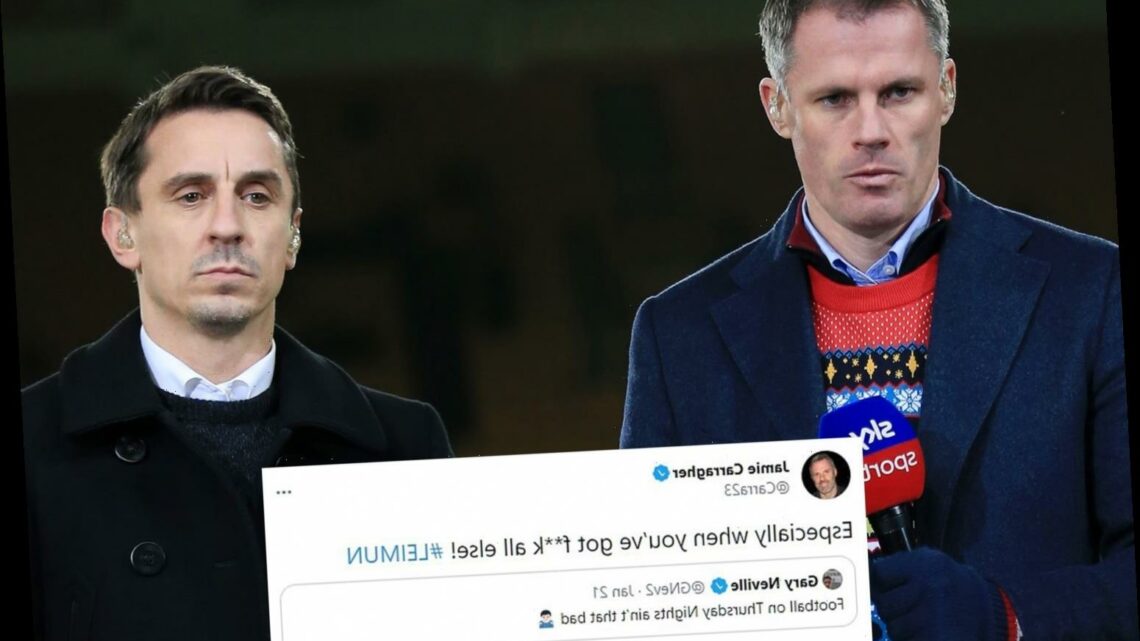 JAMIE CARRAGHER has trolled his Sky Sports mate Gary Neville after Manchester United were sent tumbling out of the FA Cup by Leicester.

Two goals from Kelechi Iheanacho and a Youri Tielemans solo-strike helped the Foxes to a relatively easy triumph against a lethargic United on Sunday. 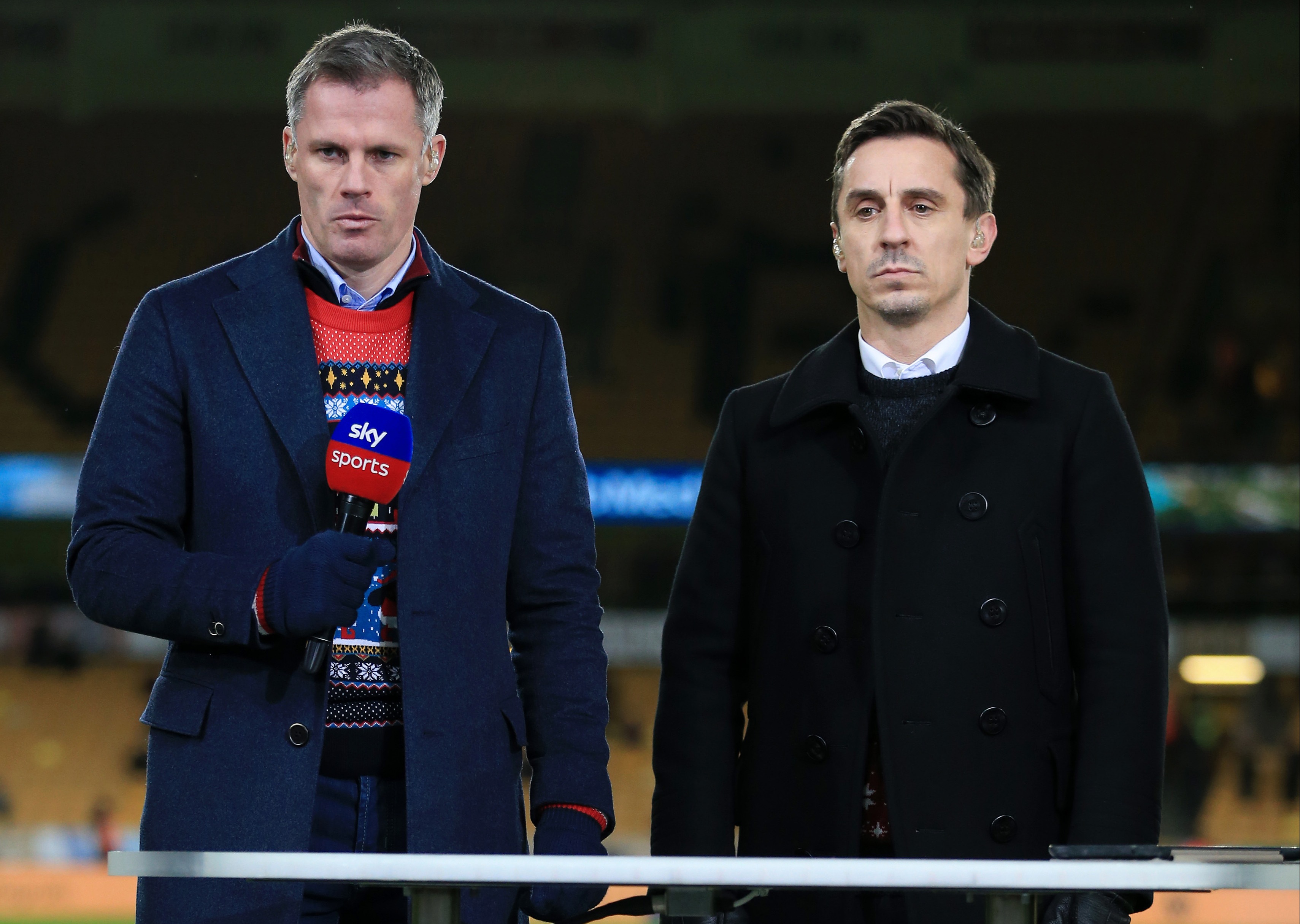 Mason Greenwood netted what proved to be a consolation as United were left to reflect on just having the Europa League as a realistic trophy to win this season.

The former Liverpool centre-half added: "Especially when you've got f**k all else!"

United legend Neville was 'demoralised' after the club's FA Cup exit and has hit out at Ole Gunnar Solskjaer for rotating the team.

Boss Solskjaer made five changes from the side that beat AC Milan 1-0 at the San Siro on Thursday, and Neville cannot understand why he rotated for such an important game.

Speaking on his podcast with Sky Sports, he said: "It had been a good week. Not surprising that they go to Milan and did what they did, they are good away from home, then beating West Ham last week.

"I'm surprised the team was weakened against Leicester, I'm surprised he (Solskjaer) rotated as much, I know he has been doing that, but this was a real chance.

"If you think the semi-final draw that occurred at half-time of that game which meant the winner of the Leicester vs Manchester United tie would play Southampton.

"It is not a gimme against Southampton by any stretch of the imagination, but what an opportunity and I genuinely believe that that group of players need to win a trophy under Ole Gunnar Solskjaer."

Before adding: "Yes, of course finishing second would be the priority at the start of the season, but winning a trophy with that would be a real priority and now they only have the Europa League left.

"Leicester have a decent record, but I was in the car listening to it on the radio and they go behind and you think 'here we go' and you are not surprised with United.

"But they got back in the game and then you see the second and third ones and you think that could be a massive missed opportunity.

"I am demoralised a little bit as a Manchester United fan as I thought that was a really good one to go for this season."

Solskjaer claimed after the Leicester defeat that their busy schedule and their trip to Italy played a key part in their FA Cup exit.

The Internet Has a New Boyfriend