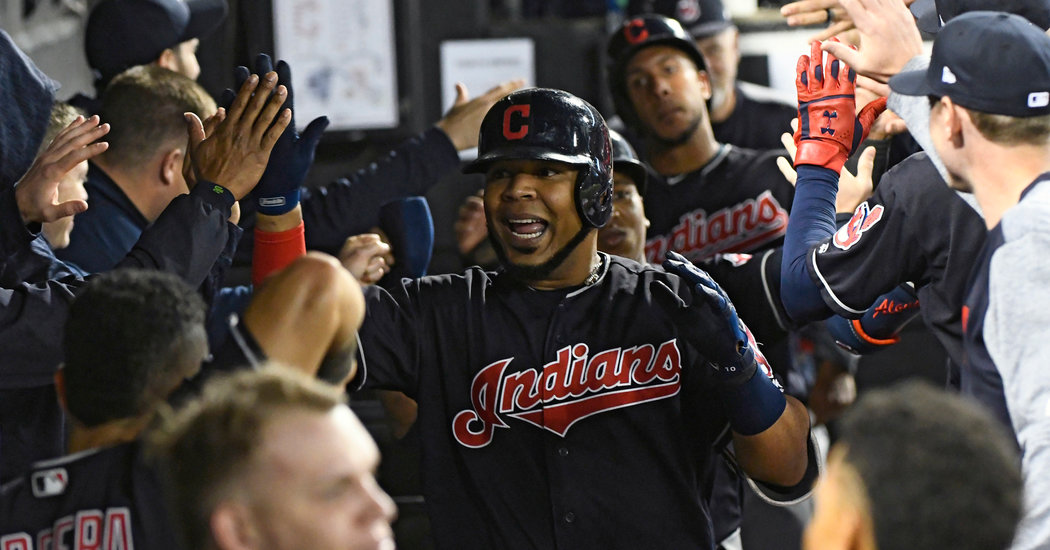 LAS VEGAS — Jerry Dipoto, the general manager of the Seattle Mariners, was in the hospital, making a trade from a bed.

His counterpart with the Cleveland Indians, Chris Antonetti, was boarding a plane headed back home, trying to complete the deal before the flight pulled away from the gate.

They managed to complete the swap on Thursday as the winter meetings came to an end. Carlos Santana was sent back to Cleveland, where he was an Indians fan favorite. Edwin Encarnacion is headed to Seattle — no telling how long he will stick there, as Seattle acknowledged that he could be involved in another deal.

The star hitters were dealt for each other, part of a three-team trade that also involved Tampa Bay.

The Rays got infielder Yandy Diaz and the minor league right-hander Cole Sulser from Cleveland. The Indians also acquired first baseman Jake Bauers from Tampa Bay, while the busy Mariners wound up with a draft pick. Tampa Bay will send $5 million to Seattle, and the Mariners will pay $6 million to Cleveland.

“I called Edwin earlier this morning before we had final signoff because, again, I wanted him to hear from me,” Antonetti said after landing, adding that he had been in midflight when he finally reached Diaz.

Coming off their third straight A.L. Central title, the Indians had been expected to make a move at the meetings, presumably with the ace Corey Kluber or pitcher Trevor Bauer. 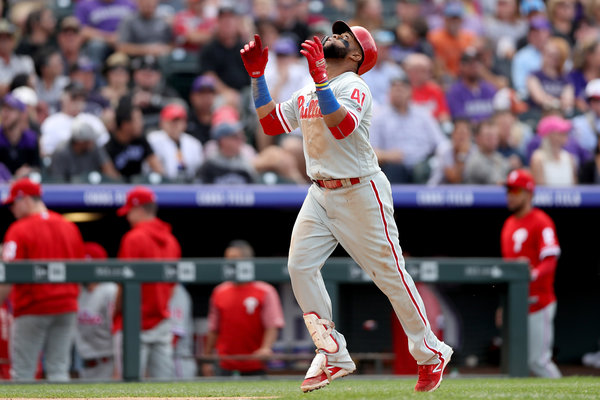 Instead, they jettisoned Encarnacion — the designated hitter has averaged 108 R.B.I. over the last seven seasons — and brought back the popular Santana.

Santana, 32, known for his power and his ability to draw walks, had not been with Seattle long, as he was traded from Philadelphia to the rebuilding Mariners this month in a trade that included the All-Star shortstop Jean Segura.

Seattle gets a competitive balance round B draft pick, currently projected at 77th over all. The Mariners, who recently traded the star second baseman Robinson Cano and closer Edwin Diaz, said that getting that choice had been crucial to their making the deal.

Tampa Bay was eager to get Yandy Diaz, who hit .283 with 28 R.B.I. in 88 games for Cleveland in the last two seasons. Highly regarded at 27, Diaz’s opportunities were limited with the Indians because they already had a talented infield.

In need of infield help and holding the first overall pick, the Baltimore Orioles picked up two middle infielders in M.L.B.’s Rule 5 draft.

The Orioles selected shortstop Richie Martin, Oakland’s No. 12 overall prospect, with the first pick of the draft. Later, they traded for Drew Jackson, an infielder whom the Philadelphia Phillies had selected from the Los Angeles Dodgers with the 11th pick in the draft.

Held at the site of the winter meetings to wrap up the annual event, the Rule 5 Draft allows teams with room on their 40-man rosters to select players who were left off other teams’ 40-man rosters.

The main condition of the major league portion of the Rule 5 Draft is that a team that selects a player in the draft must keep that player on its active 25-man roster for the entirety of the subsequent season or put that player on waivers. If the player clears waivers, he must be offered back to the team from which he was selected.

Oakland originally selected Martin with the 20th pick in the first-year player draft in 2015. In four minor league seasons, Martin batted .257 with 15 home runs, 129 R.B.I., 59 stolen bases and a .706 on-base-plus-slugging percentage. He is best known for his range in the field and his overall defensive skill set.

In Off-Season of Restraint, Yankees Close In on J.A. Happ