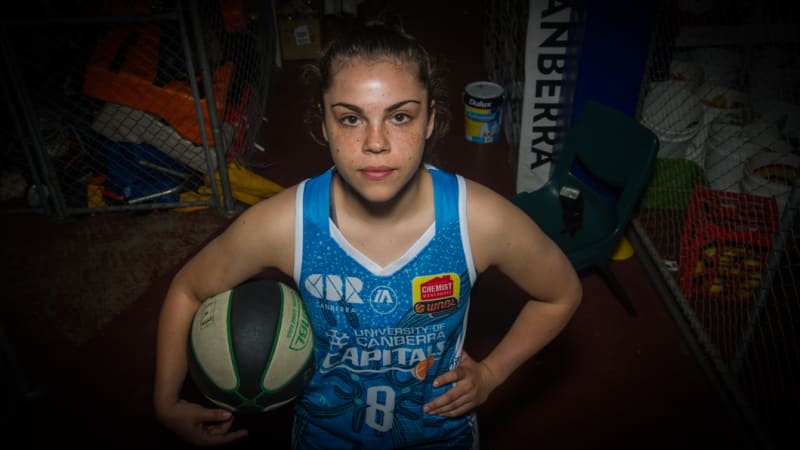 Abby Cubillo knew what was coming every time she knocked on her nana Lorna's door in Darwin.

She would soon be sitting on the living room floor with her sisters Demi and Tyla, transfixed by the stories of how their nana grew up and their proud family tree. 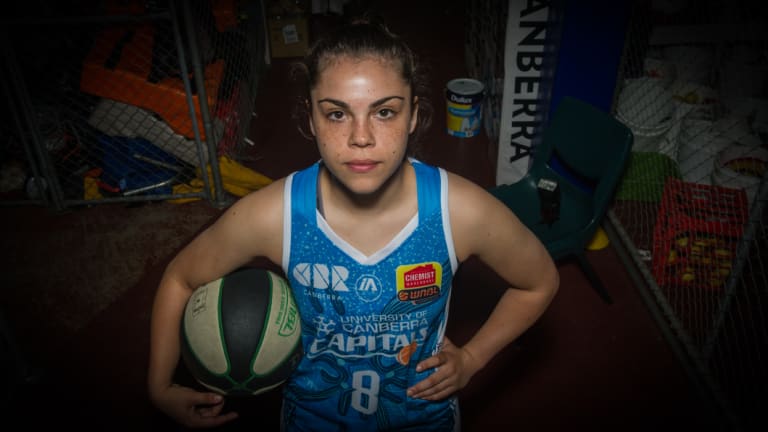 Abby Cubillo will get a chance to celebrate her heritage during the Canberra Capitals indigenous round game against the Perth Lynx.Credit:Karleen Minney.

When Cubillo pulls on the Canberra Capitals' historic indigenous strip to face the Perth Lynx at the National Convention Centre on Sunday, she will be doing it for her nana. For her dad. For the Larrakia people.

"Going to her house, she would tell us stories about how she grew up and where she came from which was very good to hear about. There was that many, every time we’d go over there it was a new story.

"My whole family still lives in Darwin, it’s always good going back and seeing them. All my family is up in Darwin so they’re a bit far away.

"I am indigenous from my dad’s side. We are part of a people called the Larrakia, situated in the Northern Territory where I’m from."

The Capitals will be desperate to make amends for a dismal effort in Adelaide on Friday night, losing to the Lightning 93-73 on the road.

It makes the clash against Perth even more important as the Capitals attempt to cement their place in the top four.

Nineteen-year-old Cubillo is one of two indigenous players set to honour their heritage alongside star guard Leilani Mitchell, and the pair are intrinsically linked by more than the logo on their basketball uniforms. 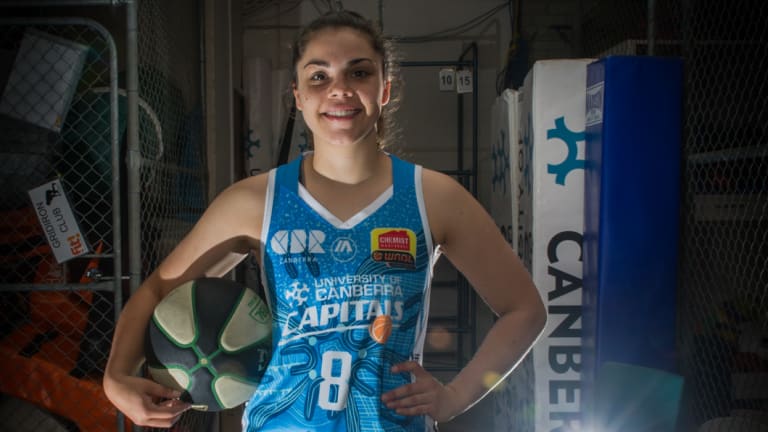 Abby Cubillo will get a chance to celebrate her heritageCredit:Karleen Minney.

Mitchell's mother, Eleanor Majid, was born on Thursday Island and grew up in Darwin – the same city in which Cubillo was born and raised.

But Mitchell was far removed from the searing heat of Darwin as a kid, raised in the United States alongside her five brothers.

Her indigenous heritage wasn't left behind – the kangaroo skins, turtle shells and Aboriginal paintings hung on the wall of Mitchell’s Richland family home served as a constant reminder of who she is.

Now as they prepare to honour their heritage together, Cubillo can hardly believe it.

"I was living in Sydney going to boarding school, I had just moved from Darwin for something new, and then I got a phone call and an offer to go to the AIS," Cubillo said.

"I spent two years at the AIS and then I stuck around to play SEABL [for the Capitals Academy] and actually go to uni at the University of Canberra, and then to play with the Caps.

It's with this crop of all-stars Cubillo has spent the past few months honing her craft in the humble University of Canberra basketball hall.

She still has to pinch herself every time she looks up at practice and sees herself guarding Mitchell or Wilson – players Cubillo grew up idolising are now the same ones she shares a group chat with.

But this time the eyes of Capitals fans inside the National Convention Centre will be locked on the little-known rookie from Darwin as she represents the Larrakia people from afar.

Whether the development player gets much more than a few fleeting moments on the court is irrelevant – Cubillo's family will still be rushing to get their hands on her indigenous jersey in an online auction post-match.