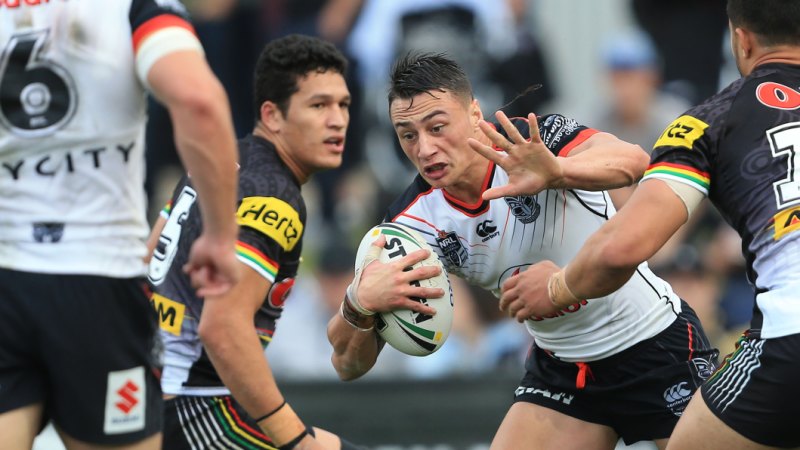 The Canberra Raiders have signed former New Zealand Warriors outside back Charnze Nicoll-Klokstad.

Nicoll-Klokstad made his NRL debut for the Warriors in 2017 when he played seven games, but didn't play last season, and played one Test for the Cook Islands. 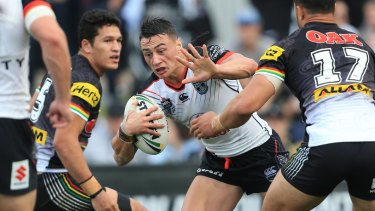 Former Warriors outside back Charnze Nicoll-Klokstad is in the mix for the Raiders No.1 jersey.Credit:NRL Imagery

His arrival will help cover the loss of Raiders star winger Jordan Rapana, who will miss the first half of the season due to a shoulder reconstruction.

The NRL have given the green light for the Green Machine to get salary cap relief for Rapana, who was injured playing for New Zealand in their three-Test series against England last year.

While Nicoll-Klokstad has mostly played on the wing for the Warriors, he played at fullback for the Cook Islands and is in the mix to wear the Raiders No.1 jersey with Jack Wighton expected to shift to five-eighth.

The 23-year-old took to social media to say he was excited by the move.

"I'm looking forward to the opportunity that’s presented itself, will be challenging yet an enjoyable experience," he said.

"God has been so good through this whole process and can’t wait to see what he has planned for me and my tribe moving forward."

Gucci black face jumper – has the brand apologised and what were the reactions on Twitter?