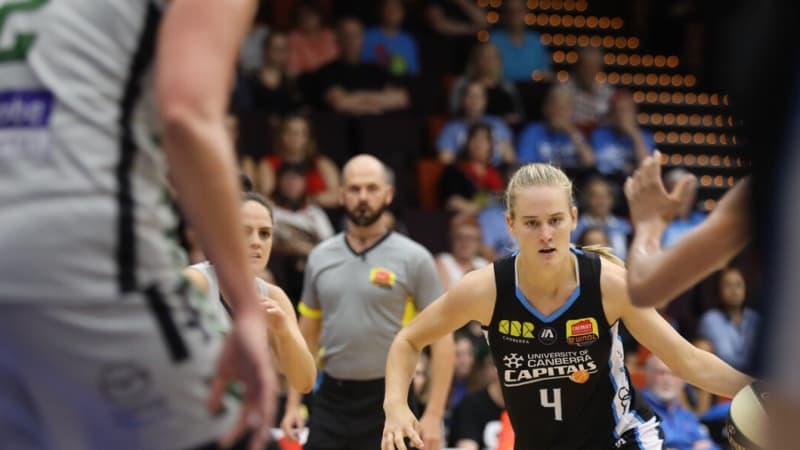 The Canberra Capitals have set their sights on a finals-defining win at one of the most intimidating venues in the WNBL after firing another title warning shot at home on Friday night.

The Capitals destroyed the Dandenong Rangers 87-60 in a thumping win at the National Convention Centre, temporarily moving them to the top of the ladder. 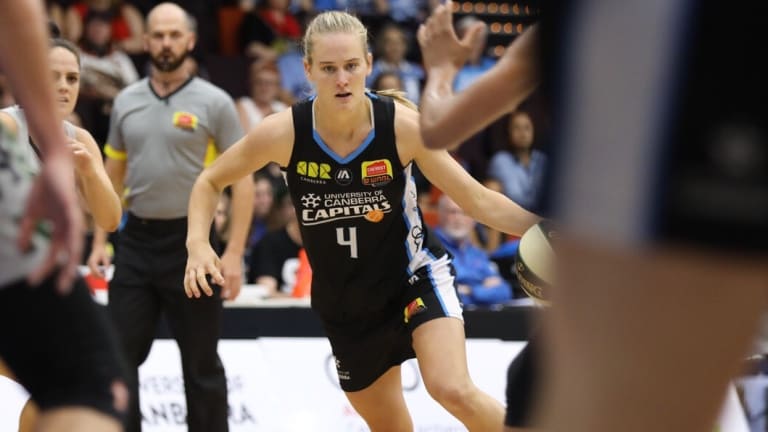 Kristy Wallace made her Capitals debut in the match against Dandenong.Credit:David Barber/5foot photography

It sets up a showdown with the defending champion Townsville Fire in Queensland on Sunday, with the Capitals bracing for Suzy Batkovic to make her return from injury.

Beating the Fire would give the Capitals a handy buffer in the race for their first finals appearance since 2011 and send another message to their title rivals.

The Capitals have won just once in Townsville in the past three years and the Fire will be licking their wounds after suffering a loss to Bendigo in Bendigo on Friday night.

The strange WNBL travelling draw means both teams have to make the long trip to North Queensland on Saturday and potentially opens the door for the Capitals to strike.

It will be almost impossible for the Fire to stop the Capitals if they find their groove like they did in the second half against the Rangers, outscoring the visitors 38-19 after half-time.

"Kelly really was the reason, I believe, why we won the game," Griffin said. 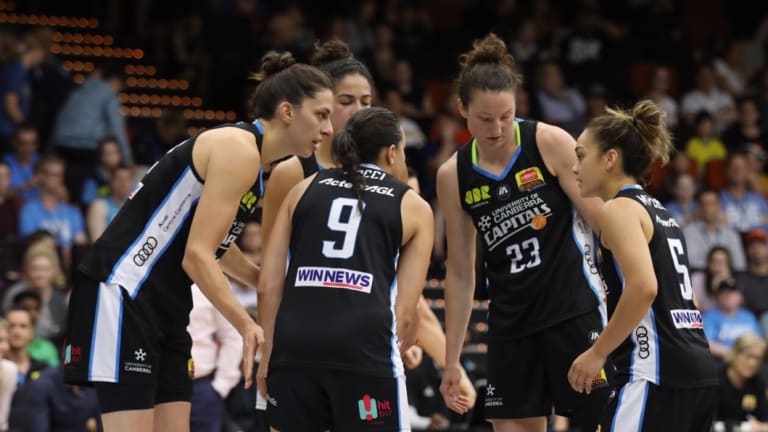 The Capitals threatened to blow the Rangers away in the first quarter, jumping out to a 17-5 lead before Dandenong cut the gap to two points at the first break.

The Capitals led by eight points at half-time as Rebecca Cole led a one-player charge to keep Dandenong in the contest, scoring 20 points in the first two quarters.

Unfortunately for Cole and the Rangers, that's where they stopped. Cole didn't score after half-time and the Capitals turned the screws.

"We had a great start but took our foot off and didn't stick to the scout," said coach Paul Goriss.

"We talked about defence at half-time. We've got certain targets and we weren't living up to those [in the first half], but the girls did an amazing job in the second half.

"To hold them to 60 points in a game and 19 in a half, I can't speak highly enough. I thought Maddi Rocci did a great job of chasing [Cole] in that second half."

A 27-point win was sweet for several reasons, but perhaps the sweetest was Kristy Wallace's Canberra debut.

The guard ruptured her anterior cruciate ligament and had a knee reconstruction nine months ago, ruling her out of the season until the Capitals' clash against Dandenong.

So when she got some extended court time in the final quarter and scored her first points as a Capitals player, the bench erupted and swamped the talented 22-year-old.

Wallace has timed her return perfectly for an end-of-season charge. Canberra has now won 10 games and are edging closer to a return to the play-offs for the first time in seven years, with just seven games left in the regular season.