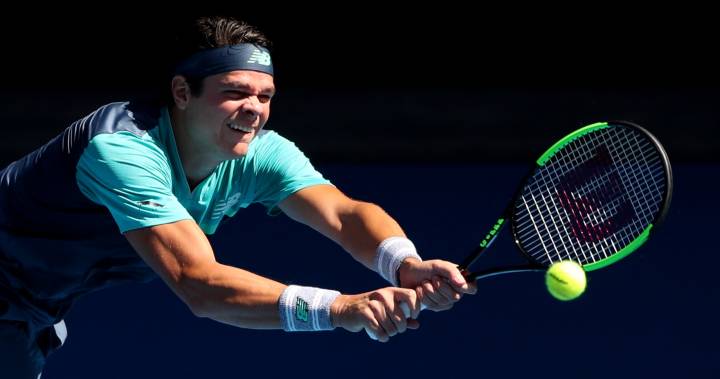 Canadian Milos Raonic is done at the Australian Open — and now is facing another health concern.

France’s Lucas Pouille has reached the Australian Open semifinals for the first time with a 7-6 (4), 6-3, 6-7 (2), 6-4 win over the 16th-seeded Raonic, a major reversal of form at Melbourne Park after losing in the first round here in the previous five years.

Afterward, the 28-year-old Raonic said he is battling a knee injury and is expected to get it evaluated by doctors shortly.

“There’s damage inside my knee I’m aware of that I’m trying to avoid potentially having to have surgery on,” said Raonic, who has been hampered by injuries throughout his career.

That’s why Raonic was not named to Canada’s Davis Cup team Tuesday for a clay-court tie in Slovakia Feb. 1-2. There’s still a chance he could enter after he consults with his medical team, but Raonic said switching surfaces quickly can be a risk.

Pouille entered the quarterfinal 0-3 against Raonic in career meetings — including a first-rounder here in 2016 — but targeted the 2016 Wimbledon finalist’s second serve and was only broken once himself in the match.

“I saw the way he’s been playing this week, the last few matches he’s been playing extremely well,” Raonic said. “I knew he was going to make things difficult. I wish I would have served better and cleaned up some aspects of my game where I felt I was a little behind.”

Raonic got only 58 per cent of his first serves in, as compared to 66 per cent for Pouille.

The No. 28-seeded Pouille had break points in the seventh and ninth games of the third set but Raonic, of Thornhill, Ont., saved and, after an outburst against the chair umpire in the 12th game, dominated the tiebreaker.

On the controversial point, Raonic’s service return hit the baseline but was called out. When he challenged it, and a replay confirmed his shot was good, chair umpire Nico Helwerth ordered a replay of the point.

Raonic thought he deserved to be given the point and, when he asked why it wasn’t awarded to him, told the umpire “because you don’t watch, because you’re incapable.”

The fourth set was on serve until Pouille, who is coached by former Australian Open women’s champion Amelie Mauresmo, broke in the last game.

France’s Lucas Pouille in action during the match against Canada’s Milos Raonic on January 23, 2019.

France’s Lucas Pouille and Canada’s Milos Raonic pose with a ball boy before their match on January 23, 2019.

Raonic is now 1-3 in Australian Open quarterfinals, but he had a tough draw at Melbourne Park. He had to hold off Nick Kyrgios in the first round, former champion Stan Wawrinka in the second and No. 4-seeded Alexander Zverev in the fourth.

Pouille had lost every Australian Open match he played until he hired Mauresmo as coach.

A couple of months later, he’s into a Grand Slam semifinal for the first time. Things will get tougher, though, against Djokovic.

Pouille isn’t even sure how far he’s capable of going at Melbourne Park. But after losing in the first round on his five previous visits, he knows he’s on the upward trajectory.

“I didn’t win a match in Melbourne before coming here (this year),” Pouille said. “Now I’m in the semifinals. So just very, very happy.”

Mauresmo, who won two major titles as a player, including the 2006 Australian women’s title, had previously worked as Andy Murray’s coach. Pouille said Mauresmo had quickly worked out how to improve his game.

“She’s the right state of mind. She knows everything about tennis. It’s not about being a woman or a man. It doesn’t matter,” Pouille said in an on-court interview when asked about the rarity of a highly-ranked male player working with a female coach.

“You just have to know what you’re doing — and she does.”

For Pouille, the Canadian had some words of wisdom.

“It’s not so much only the opponent you’re facing, but it’s also the situation, which is a completely new one for him,” Raonic said.

“I think he has to stay true to himself, try to do the things he does well, really focus on that aspect more than anything else.”

Meanwhile, Canadian Gabriela Dabrowski’s bid for a second straight Australian Open mixed doubles title is over. The Ottawa native and Mate Pavic of Croatia, the top seeds, lost 6-1, 4-6, 11-9 to Maria Jose Martinez Sanchez of Spain and Neal Skupski of the United Kingdom in a quarterfinal.

In junior girls play, No. 4 seed Leylah Fernandez of Montreal advanced to the quarterfinals with a 6-3, 7-5 win over Lisa Pigato of Italy.

— with files from The Associated Press.