Home » Sport » CA use Warne suspension as a guide for Smith, Warner returns 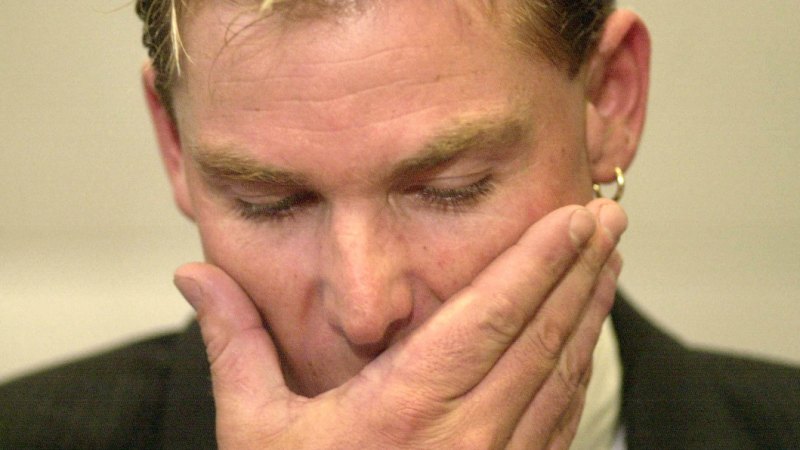 CA use Warne suspension as a guide for Smith, Warner returns

Cricket Australia has revisited the manner in which Shane Warne returned from a year-long drugs suspension in 2004 and will have a more thorough process in place for Steve Smith and David Warner.

The 12-month bans for Smith and Warner for their roles in the ball-tampering scandal in South Africa expire on March 28. Ahead of this, CA will have the pair front teammates and coaches in individual or group meetings in what is seen as a way for all parties to air any potential grievances that may linger from the events of Cape Town, helping them to focus on playing when they return to international action. 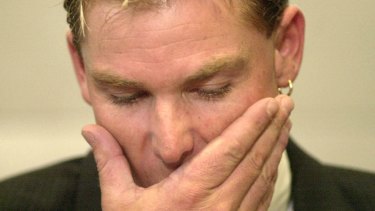 Mum’s the word: Shane Warne faces the media after being suspended from cricket for 12 months in 2003. Cricket Australia want to apply the lessons of Warne’s post-ban reintegration to the returns of Steve Smith and Dave Warner.Credit:Jack Atley

CA's interim high-performance boss, Belinda Clark, is leading the process, which is likely to involve an independent mediator.

Warner, recovering from minor elbow surgery, could return in time to play in a couple of matches in the March-April one-day series against Pakistan in the United Arab Emirates although CA continues to debate if this is the best way to re-introduce the former vice-captain. Smith, the axed captain, is in a race to be fit for the World Cup in May, having had major elbow surgery.

Former Australian captain Ricky Ponting, who will be an assistant to coach Justin Langer through the World Cup, said on Sunday he expected there to be "open and honest conversations".

"It's not just about those two. It's about everyone we have got around Australian cricket embracing those two eventually coming back into the team. It's as simple as that. Look, we are all big boys. I am sure there will be some open and honest conversation around those two coming back. I am sure they are probably having conversations amongst themselves now anyway.

"I know what Justin is like – I am pretty sure it will be handled in the right way."

Ponting was captain when Warne was told at the 2003 World Cup in South Africa he had tested positive to a banned diuretic and was later banned for a year by the then Australian Cricket Board's anti-doping tribunal for 12 months. He returned to the side 10 days after his suspension expired in time for the Test tour of Sri Lanka. 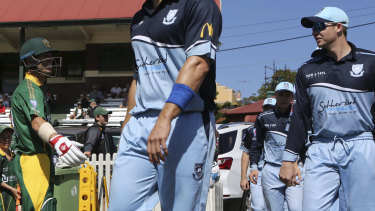 He was welcomed back by teammates in an initial team meeting, with management of the view he had served his time and that was all that was needed. But with no official debrief among the players, it meant his off-field feud with Adam Gilchrist, for instance, continued to fester.

Gilchrist had left the leg-spinner even more irate when he suggested during the 2003 World Cup that Warne’s credibility with the Australian public may have suffered due to the drug ban.

While there were issues off the field, Gilchrist and Warne were a force on the field, the latter claiming a stunning 26 wickets in three Tests upon his return.

CA is keen to avoid having any residual ill-feeling among the current squad, for one of the burning questions about the Newlands saga was whether any other players aside from Smith, Warner and Cameron Bancroft knew about the plan to scuff the ball with sandpaper in a bid to extract reverse swing at a time when hopes of winning the third Test – and a heated series – were slipping away.

There has been speculation as to where Smith and Warner stand with each other but Langer said in November the relationship needed healing. The two batsmen have played against each other in Sydney grade cricket and in Twenty20 tournaments in Canada and Bangladesh. Langer has met Smith and Warner individually through the summer and oversaw a session in the SCG nets for each man but these were held on separate days.

The fall-out from the saga has also meant there is a greater focus on "good character" when it comes to national selection. Warner had often been used a verbal "attack dog" in his previous incarnation, and almost certainly will need to reiterate that he is prepared to adopt a less vocal demeanour that does not involve crass sledging.

As reported by The Age and Sydney Morning Herald in December, the national selectors want assurances that Smith and Warner can work under Test skipper Tim Paine and one-day international skipper Aaron Finch without having any formal leadership roles.