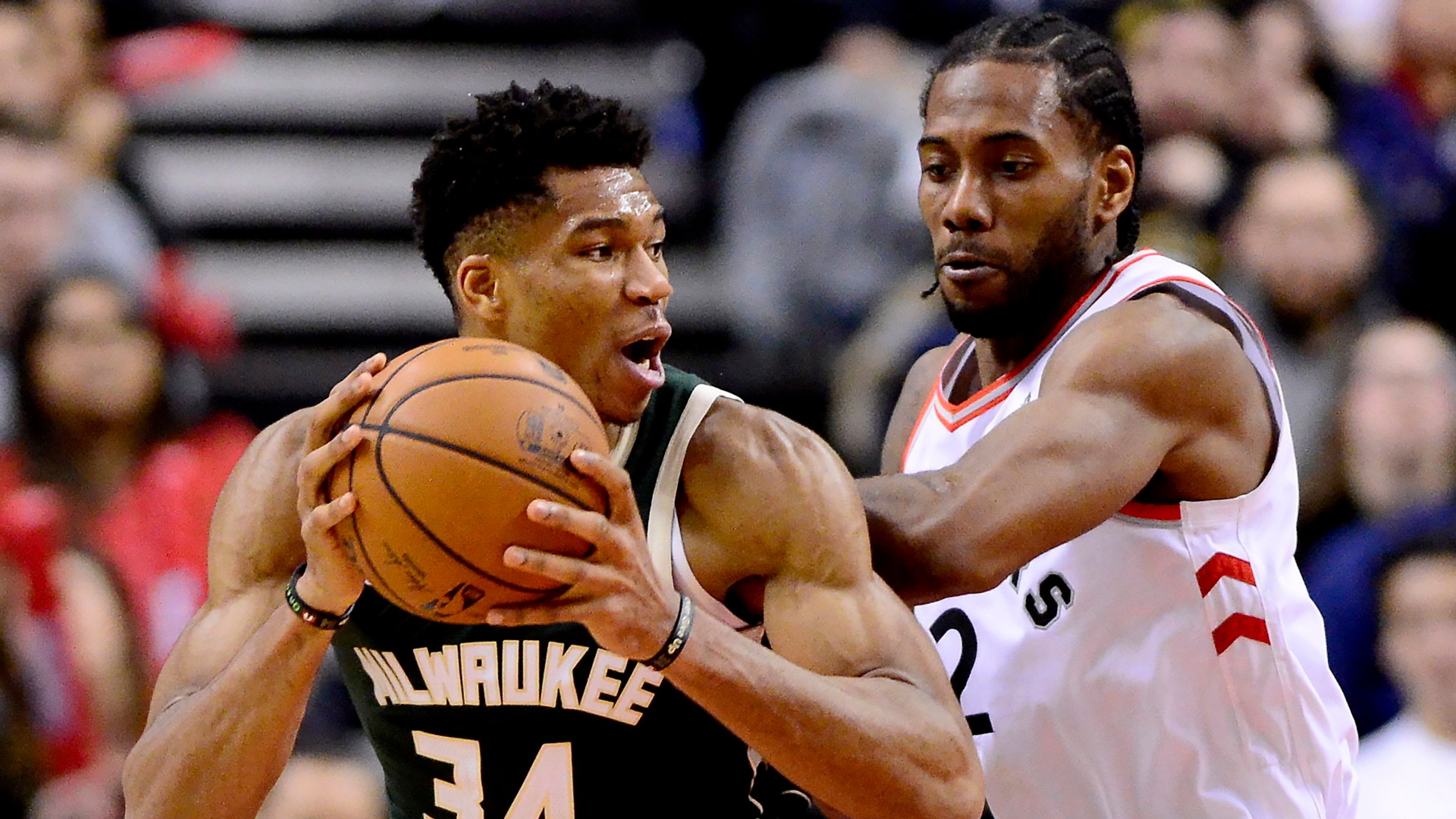 Bucks hold off Raptors in thriller between Eastern Conference heavyweights

TORONTO — After a first meeting in which both teams were without their superstar players, the Milwaukee Bucks and Toronto Raptors — the top two teams in the Eastern Conference — squared off Sunday at Scotiabank Arena.

The drama of the highly-anticipated battle did not disappoint.

Malcolm Brogdon hit two clutch 3-pointers in the final 67 seconds — with a steal in between them — and the Bucks held on for a 104-99 victory to take a 2-0 lead in the season series and improve to 8-0 in games following a loss.

Milwaukee got 19 points and 19 rebounds from Giannis Antetokounmpo in the victory along with 19 points from Brook Lopez, including five 3-pointers. But no points were bigger than Brogdon's at the end.