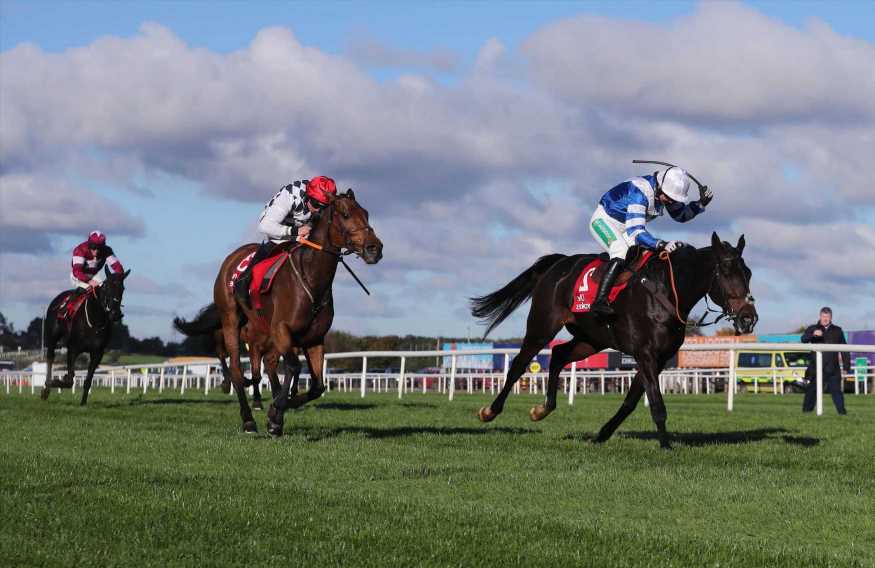 THE best way to answer your critics is to do your talking on the pitch.

And on her return to the big stage, Bryony Frost responded with the performance of her career aboard her old pal Frodon at Down Royal. 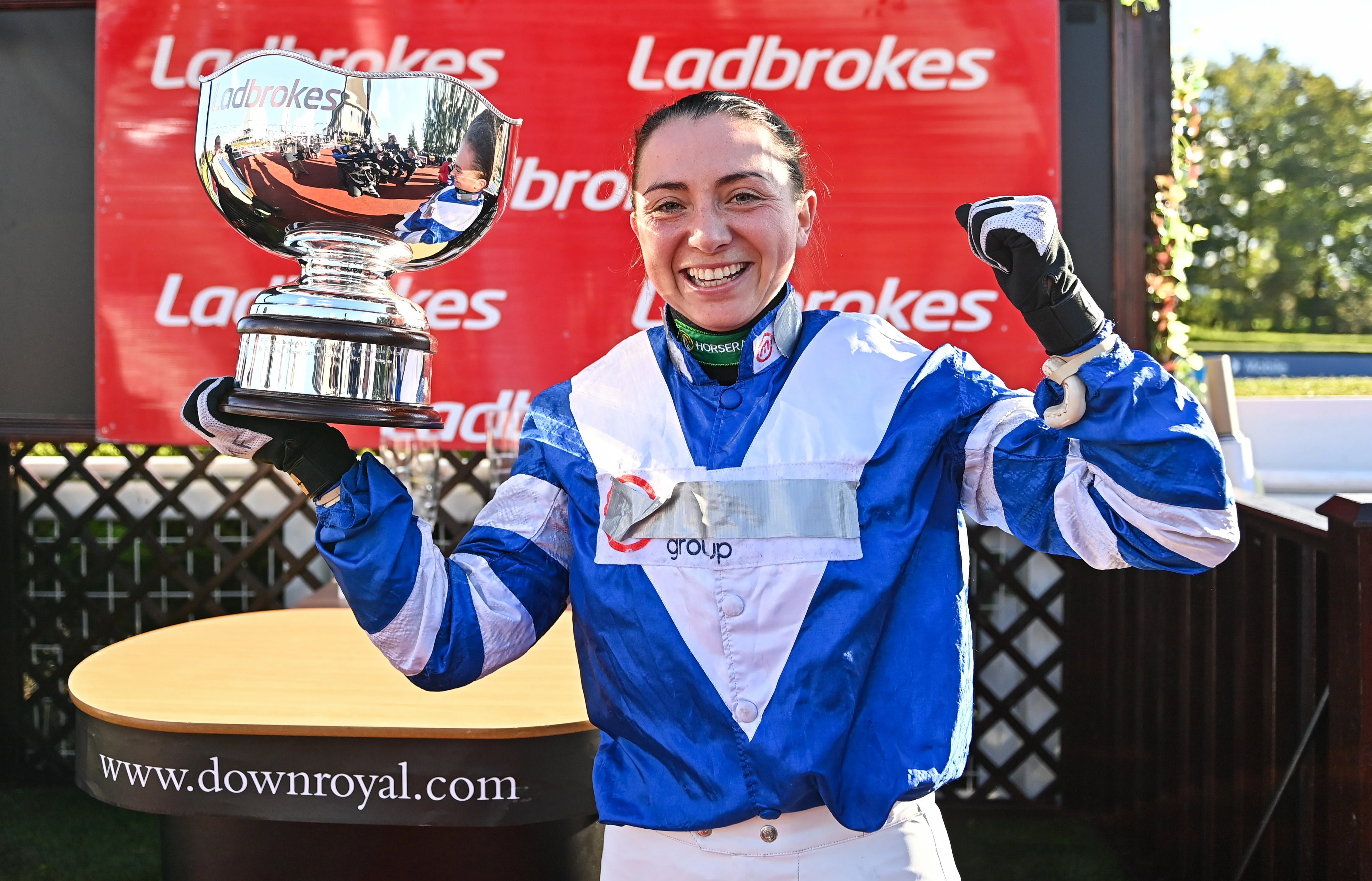 Are you watching Robbie Dunne?

Frost and Frodon are all but joined at the hip these days, having combined for memorable wins in the King George and Ryanair Chase.

But this pillar-to-post victory in the Ladbrokes Champion Chase was arguably their finest hour.

The timing could not have been better for Frost, whose name has been in the headlines for the wrong reasons lately – through no fault of her own.

Details of the investigation into Robbie Dunne, who allegedly bullied and threatened Frost over a sustained period of time, were recently leaked to the papers.

Paddy Power: New Customer offer. Place a pre-race £10 bet on any horse racing market (October 29th – October 31st), at min. odds 1/5 (1.2) — get £60 in free bets. Your qualifying bet must settle by Sunday 23:59, 31st October. Only deposits via Cards will qualify (Apple Pay not valid on this promotion). Free bets will be awarded after the qualifying bet has been settled. T&Cs apply. 18+ BeGambleAware.Org

Rather than have the support of her weighing room colleagues, Frost was cast out and vilified for reporting the bullying to the BHA.

You find out who your real friends are in times like these, and over the years Frost has always been able to rely on tough-as-old-boots Frodon.

You can see why, given his bold front-running style and never-say-die attitude, both of which were on full show in the first Grade 1 of the new jumps season.

Hopes were high in the Paul Nicholls camp that Frodon could gatecrash Minella Indo’s big day, as he had his first outing since bagging the Cheltenham Gold Cup in March.

Frost’s intentions were clear from the outset and she bowled along in the lead and fired Frodon into his fences. 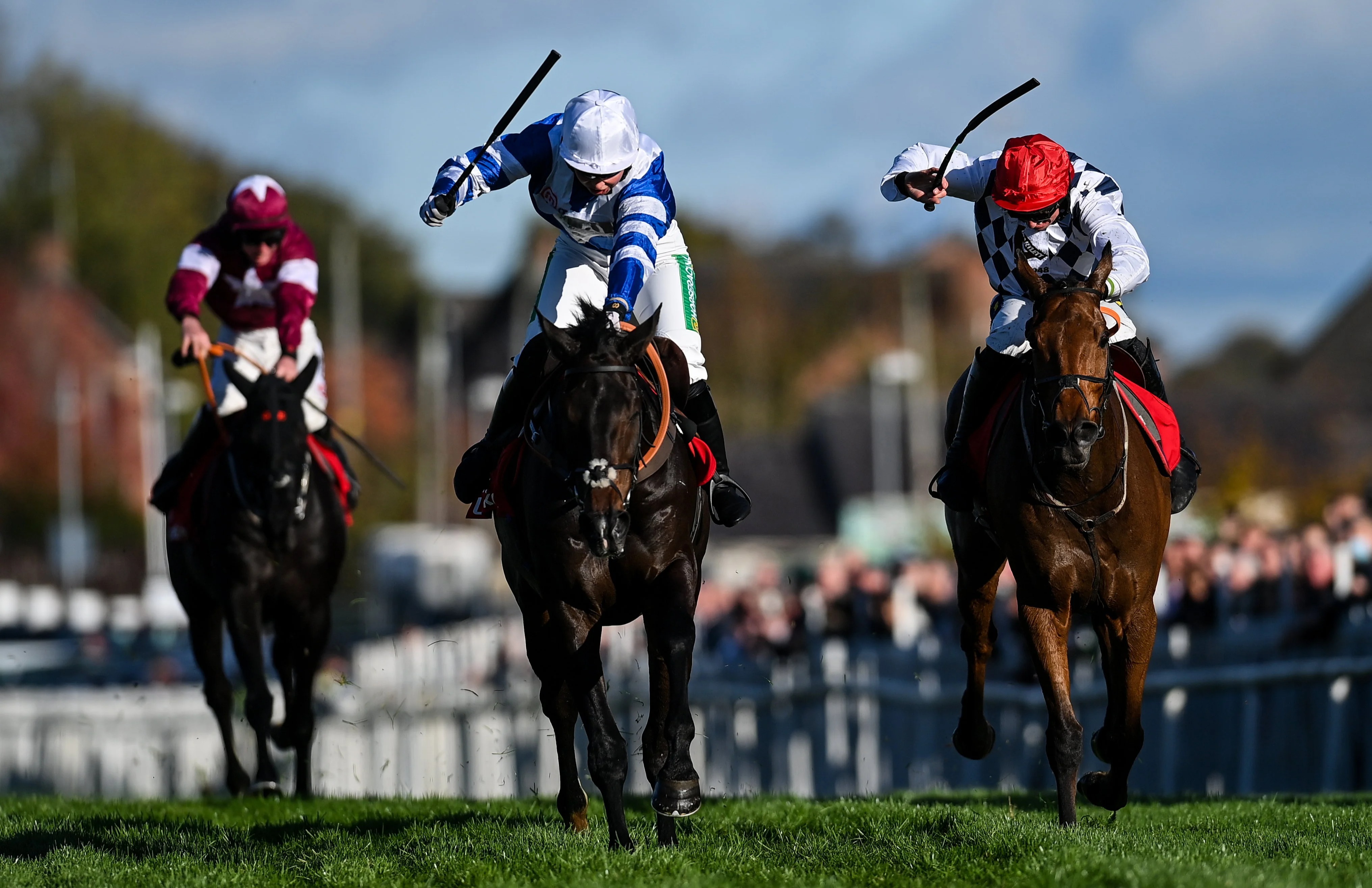 The nine-year-old was big and bold when on a good stride and as nimble as a cat when getting in tight.

On the turn for home he was flanked by both Minella Indo and Galvin, whose six-race winning streak was on the line, and he briefly looked as though he would be swallowed up.

But when Frost asked for more he gave everything, turning away his big rivals for a brilliant three-quarters of a length win.

Frost, who was having her first professional ride in Ireland, grinned: "What more can you say about him? That was so tough.

“It is a new track for him and with the uncertainty of where we were going he was having a good look around.

“It took me halfway around to realise 'ah yes Bryony, sit still and let him do it'.

"I always preach about his determination and that it is infectious and that you can beat anyone when you are on him, but you really can because he believes he can.

"That feeling you get when you think you are beaten is horrible – the world swallows you up.

“You give everything to him and you see if there is anything left as we need it now. He answers you because he wants to.

“He has won 18 races now – it's just phenomenal, and Paul has shown what a master he is to have the horse coming out every season, again and again, with the same enthusiasm.”

When asked if the bullying saga had made it difficult to focus on the big race, she said: “Not at all. Being out on the track is the most blissful place you can be.”

Champion trainer Nicholls, who was watching the action unfold on the big screen at Wetherby, let out a roar of delight as Frodon gave him a record fifth win in the race.

The horse will now head back to Kempton on Boxing Day in an attempt to defend his crown in the King George.

Nicholls said: "That was fantastic watching that. What a gutsy horse.

“They jumped the last together and he stayed on to beat the Gold Cup winner and Galvin – it's probably one of his best runs.

“I'm so proud of him and it was a great ride from Bryony. We had a plan and she executed it perfectly.

"He'll go straight to Kempton and Clan Des Obeaux’s going to go there too, so it'll be an interesting clash."

Nicholls’ hopes of a big-race double were short lived, however, as Cyrname flopped in a dramatic Charlie Hall Chase.

Shan Blue had brushed Cyrname aside and had the race in safekeeping under Harry Skelton when he crashed out at the third last.

That left Fusil Raffles in the clear to record a fortunate success, with the disappointing Cyrname eventually pulled up.

But even that setback couldn't knock the gloss off a memorable day – one where Frost and Frodon were the stars of the show.

'Carnival Row' Season 2: Release Date, Casting, and Everything Else We Know