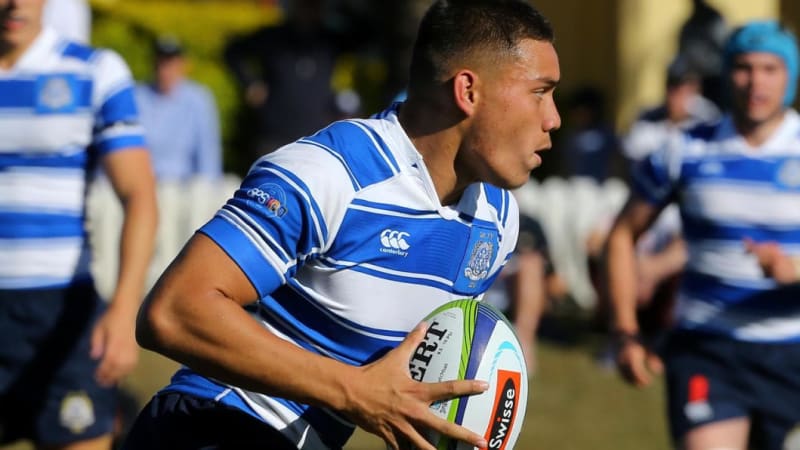 Pasitoa, 17, is still has another year of schooling and will join the Brumbies for their 2020 Super Rugby season. 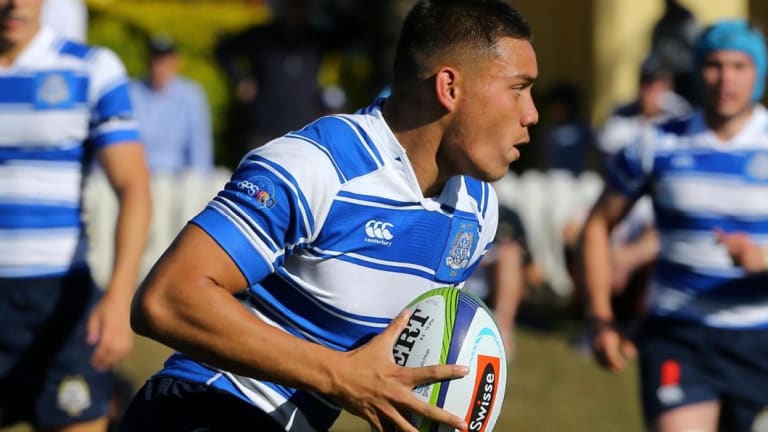 Brumbies coach Dan McKellar has been keeping an eye on the big-bodied flyhalf for the past six months and used Rugby Australia's new "Fighting Fund" to sign Pasitoa.

The fund announced by RA boss Raelene Castle on Monday is designed to stop the sport's budding talent from signing with rival codes.

Pasitoa has just completed the Australian Schoolboys tour of Europe where he led the tourists to four wins in five games, including a scalp over reigning underage Six Nations champions Scotland.

Brumbies chief executive Phil Thomson wasn't fazed by the obvious risk in signing a 17-year-old and said it was a reflection of the modern game.

"It's just a competitive market out there at the moment and he's been identified as a good talent and prospect and everyone is confident he's got the ability to develop down here," Thomson said.

"He's a big lump. We were impressed by his level of skill and rugby ability at his age. He's a very mature young man beyond his years.

"Dan spoke to him and discussed rugby with him and he liked what Dan was talking about, it all started about six months ago."

Pasitoa has steered Nudgee to consecutive GPS premierships and will be joined at the Brumbies by his Australian Schoolboys teammate Apinesa Driti.

ACT and Australian Schoolboys star Brendan Jimenez is already in the Brumbies academy and Thomson is keen to keep him from rival clubs and codes.

"We always like to promote local juniors so certainly we're working hard with him and other juniors in the region."

'All I want for Christmas is democracy': Thousands protest against Hungary's 'slave laws'