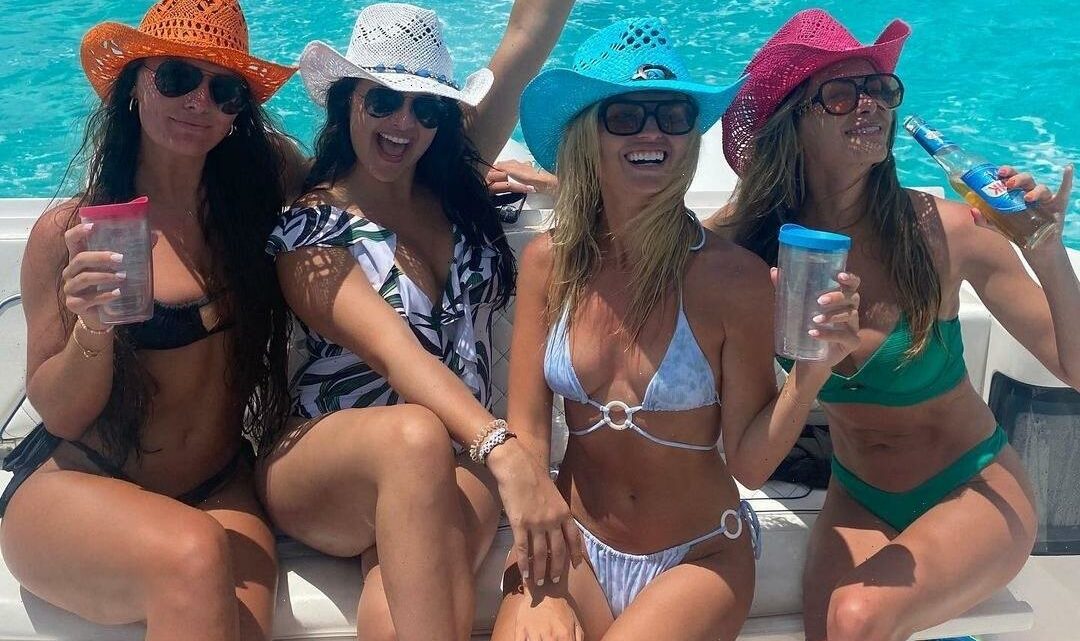 BROOKS KOEPKA'S fiancee Jena Sims has been loving the sun in the Bahamas and shared some bikini pictures with her 226,000 Instagram followers.

The model and actress posed in a green two-piece as she partied with pals in the stunning Caribbean. 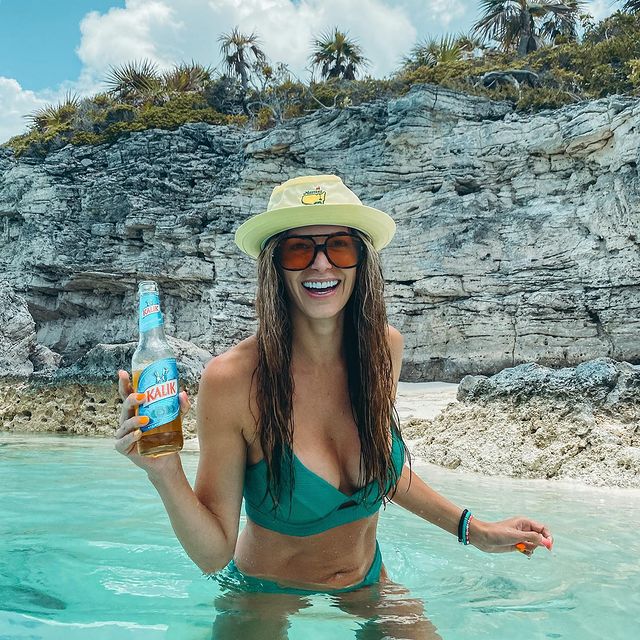 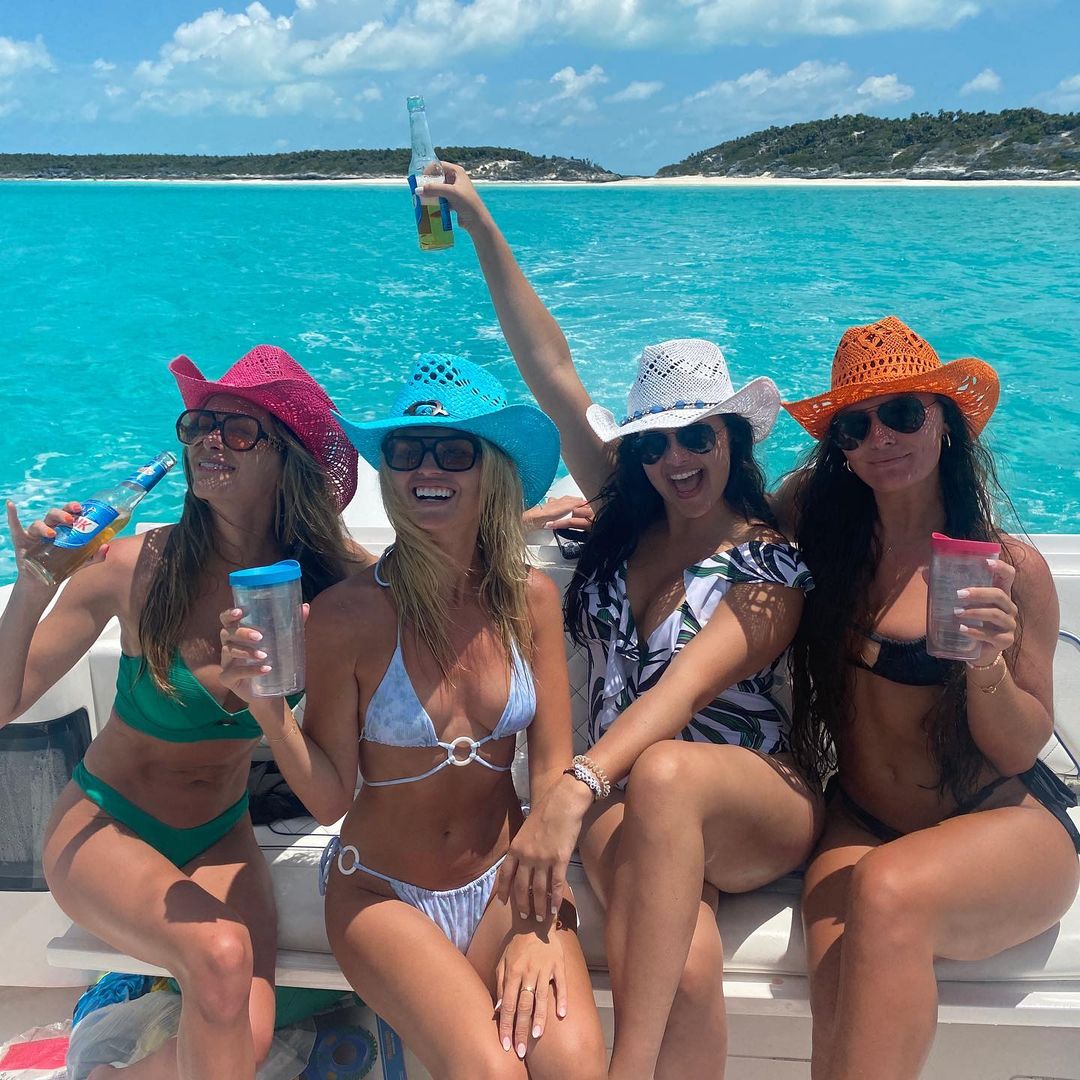 Sims often follows her four-time Major champion partner across the globe as he collects trophy after trophy.

But she appears to have been taking a break from her beau with a beach holiday.

The 32-year-old shared snaps on Saturday afternoon which show her and three bikini-clad friends partying in the sunshine.

Sims and co can be seen swigging on beers on board a swanky looking boat as they soaked up the rays.

And a separate picture shows Sims stood in the ocean holding a bottle of Kalik lager and wearing a Masters hat.

A third shot shows Koepka's fun-loving fiancee larking about by pushing her hat down over her eyes as she munches on a piece of watermelon.

She captioned the post: "Ain’t nobody messin' with my Kalik." 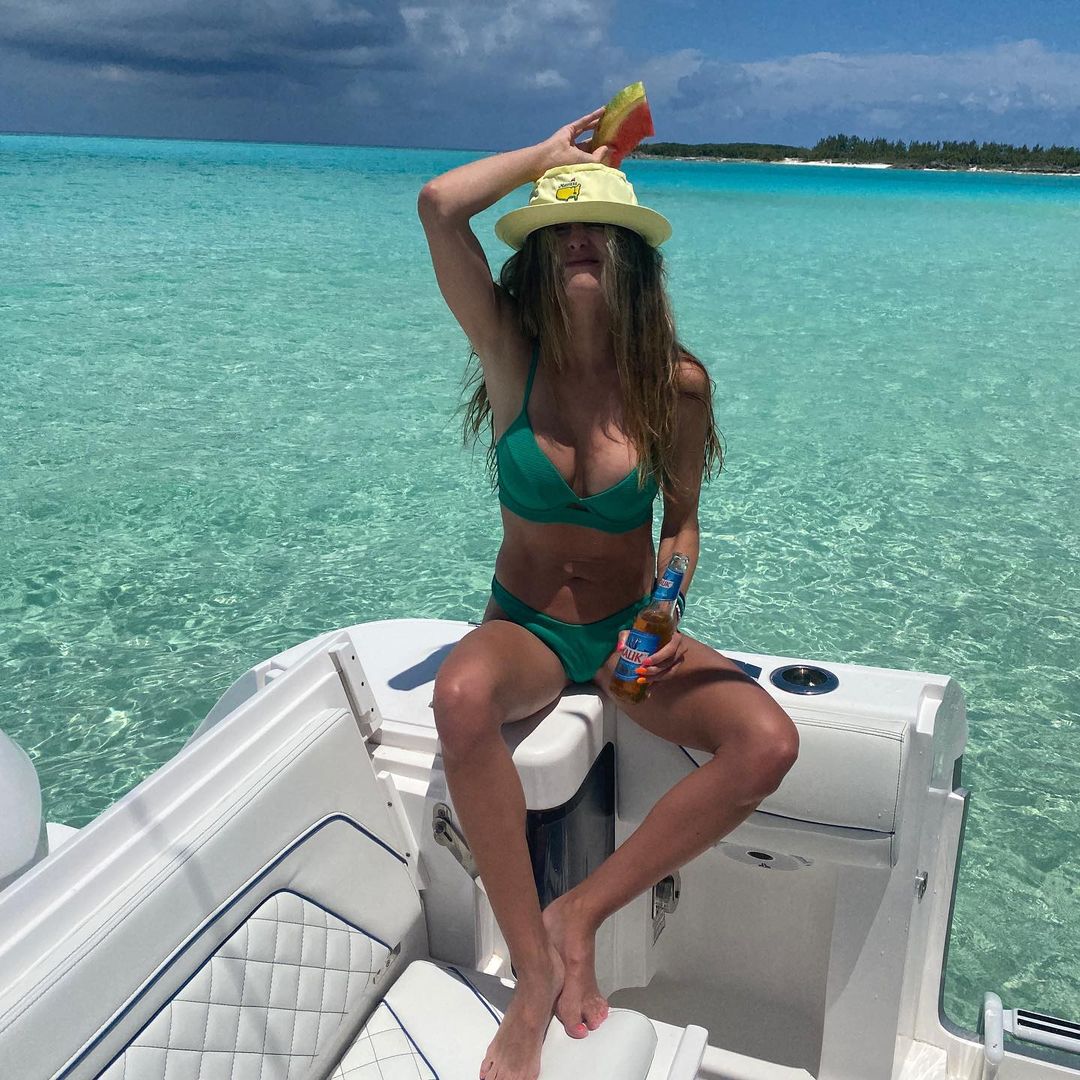 But the actress, who grew up watching golf, initially met Koepka at the 2015 Masters tournament.

Their relationship was made public after he won the US Open in 2017, when Sims ran into his arms and celebrated the victory with a passionate kiss.

The pair got engaged in April 2021, with Sims announcing the happy news on Instagram.

Sims competed in the Miss Teen USA beauty pageant in 2007, but failed to place, and has since went on to become an actress and a model.

Films she has starred in include the lead role in Attack of the 50 foot Cheerleader, a comedy horror movie filmed in 2012.

Jen stars as science student Cassie Stratford who takes a drug that makes her grow until she is a 50ft giant.

Her other roles include Sharknado 5: Global Swarming, and TV shows, Entourage, Dexter and One Tree Hill.

Away from the big screen Sims runs her own non-profit organisation called the 'Pageant of Hope' – which hosts beauty pageants for children with cancer and other disadvantages.