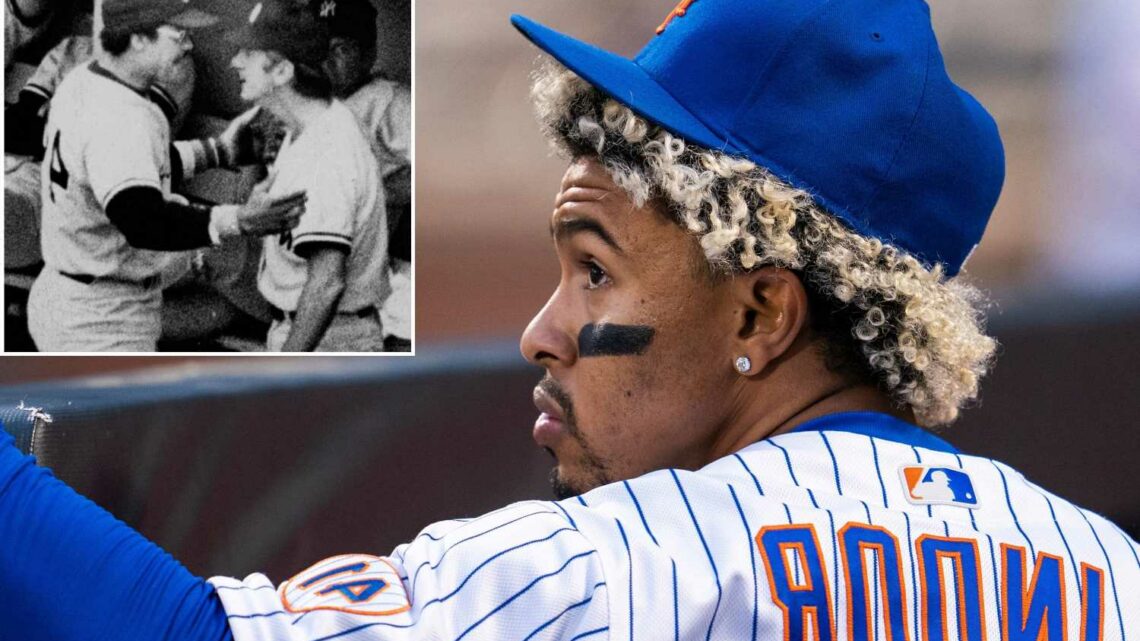 Zach Wilson primed for 'huge burden' awaiting him with Jets

The questions that could ultimately haunt Jets' Zach Wilson obsession

Of course the best-laid plans of mice and Mets blew up on Francisco Lindor and Jeff McNeil, their rat-versus-raccoon tall tale Friday night making a mountain out of a molehill in the worst possible place to tell even a harmless little fib.

“No one in the organization would make that recommendation to handle it that way,” general manager Zack Scott said before Saturday’s game against the Diamondbacks.

Mets fans won’t give a rat’s you know what about whether Lindor and McNeil argued, wrestled, threw punches in the tunnel over their frustrations over infield miscommunications or their respective slow starts at the plate boiling over … as long as they hustle and play together and win together. And Lindor, whose game-tying home run Friday night was a promising development, doesn’t endure any more 0-for-26 slumps.

If the 1977-78 world champion Yankees can be celebrated as The Bronx Zoo, what Mets fan wouldn’t sign up for The Flushing Zoo?

Mild-mannered, even-keeled Mets manager Luis Rojas is the antithesis of former Yankees manager Billy Martin. Rojas keeps talking fondly about his baseball family. If there is a Flushing Zoo, he has to be the Flushing Zookeeper.

“It would have to be pretty dysfunctional for me to feel like I need to address it,” Scott said.

So Rojas addressed it with Lindor and McNeil. He had no choice.

“Everything that happens in a family on a daily basis happens here,” Rojas said. “There’s agreements, there’s disagreements, and at the end of the day, they both make us better … today, we’re a ball club, and we’re a better family.”

A family that was already buckled emotionally last week by the shocking firings of hitting coaches Chili Davis and Tom Slater.

As long as Rojas can ride herd over his clubhouse, and keep the noise and the distractions at a minimum, this early turmoil doesn’t have to mean the end of Mets owner Steve Cohen’s brave new world.

The Bronx Zoo serves as the model for those who argue that a little tension isn’t necessarily a bad thing:

There was Martin and Reggie Jackson needing to be separated in the dugout during a June 18, 1977 game at Fenway Park. Martin was incensed that Jackson had played a Jim Rice single into a double and, much to Jackson’s surprise and chagrin, immediately removed him for Paul Blair. Jackson went on to become Mr. October and the Yankees won their 21st World Series.

The turmoil between George Steinbrenner and Martin resulted in the Yankees manager resigning in 1978 with a 52-42 record after Martin and Jackson feuded when the slugger disobeyed the manager’s instructions — swinging away when a bunt was called, bunting when the bunt sign had been removed.

Bob Lemon took over and, thanks to Bucky Dent’s home run in the playoff against the Red Sox, the Yankees defended their World Series championship.

There was the fight between Goose Gossage and Cliff Johnson in the shower at the start of the 1979 season. Gossage, the Yankees’ fireballing ace reliever, wound up with a sprained thumb.

“I don’t know what happened,” Lemon said. “Maybe it was friendly agitation and it got serious. You know, it’s one of those things. You hate to see it happen, but it happens.”

Martin happened (Martin always happened) when Lemon was fired after 65 games by Boss Steinbrenner. The Yankees finished 89-71 and fourth in the AL East.

The love-hate conflict between The Boss and Martin resulted in their “Tastes Great Less Filling” Miller Lite commercial, which for Lindor and McNeil would have been “It Was a Rat, No It Was a Raccoon (Or Maybe a Possum).”

The 1989 Mets gave us the Photo Day fight between Keith Hernandez and Darryl Strawberry. “It was unfortunate,” Hernandez said afterwards, “but we will be fine.” The Mets finished 87-75 in second place in the division.

During the Bulls’ 1995-96 training camp, Michael Jordan punched Steve Kerr and left him with a black eye.

“I would say it definitely helped our relationship, and that probably sounds really weird,” Kerr said later. “I wouldn’t recommend that to anybody at home. … For me in that case, Michael was definitely testing me, and I responded. I feel like I kind of passed the test and he trusted me more afterwards.” The Bulls won a record 72 games and their fourth NBA championship.

Back in 1974, Charlie Finley’s Athletics featured one June brawl between Jackson and Billy North and one before the start of the World Series between Blue Moon Odom and Rollie Fingers. Odom wound up on crutches with a sprained ankle and Fingers got six stitches. The A’s beat the Dodgers in five games for the championship.

“The way it was in the clubhouse,” Fingers said, “was guys would get in a fight one day and would be out together for dinner the next day.”

The Jets yearn for the days of the New York Sack Exchange, but Joe Klecko and Marty Lyons hardly appreciated Mark Gastineau’s Look At Me sack dances. Head coach Walt Michaels kept the peace and the 1982 Jets advanced as far as the infamous Mud Bowl.

In the Jets’ 2015 training camp, quarterback Geno Smith had his jaw broken in the locker room by linebacker IK Enemkpali. Journeyman quarterback Ryan Fitzpatrick took over and led the Jets to the brink of the playoffs before three fourth-quarter interceptions in the last game of the regular season in Buffalo.