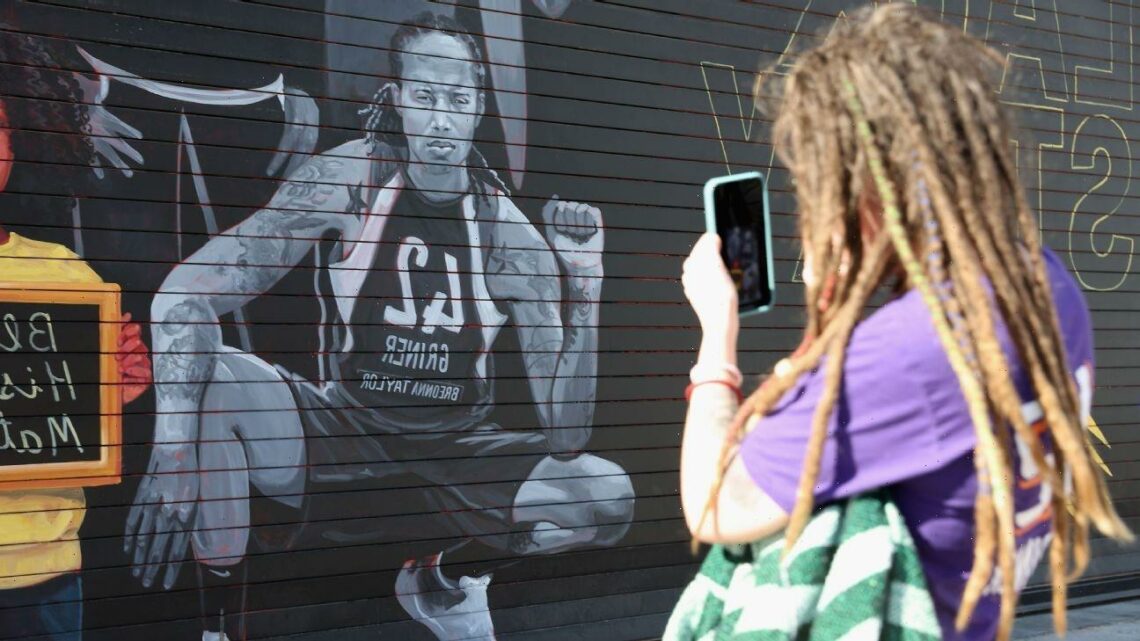 Brianna Turner knew something was up when her bedroom door flew open around 7 a.m. CT Thursday and her mom rushed in, waking her up.

It wasn’t bad news, however.

Still in bed and hardly awake, Turner wasn’t sure what she was hearing.

“Am I dreaming?” she asked.

Then the Phoenix Mercury forward opened Twitter and saw national outlets confirming the news that teammate Brittney Griner had been freed from Russian custody after 294 days in a high-profile U.S.-Russia prisoner exchange.

“I honestly thought I was dreaming still,” said Turner, who’s staying with her parents in Texas while she’s back from playing overseas in Turkey. “I was confused. Like, it was utter shock.

“I hopped on social media, we turned on the TV and, yeah, all the news stations were like, ‘Breaking news, Breaking news.'”

Turner’s grandmother actually saw it first, calling as soon as she saw Griner had been released. “So, thank God my grandma was up early watching the news,” Turner said.

She quickly took a screenshot of a reporter’s tweet confirming Griner’s release and sent it in a group chat to fellow teammates Kia Nurse and Shey Peddy with the message: “Oh my gosh guys.” As word broke and eventually spread throughout the day, many members of the Mercury franchise had similar reactions. Tears were shed, mouths dropped agape, texts were sent. Lots of texts.

In Phoenix, Mercury president Vince Kozar also awoke to the news when the second of two calls from future Hall of Famer Diana Taurasi finally roused him. The first thing Kozar did was cry.

“To say it’s been a cloud doesn’t even really capture it,” he said. “I think I probably feel like everybody feels — tremendous relief. It’s certainly a celebration. I guess a little bit of disbelief waiting for it to fully hit.

“I didn’t know the next time any of us were going to see her again.”

Kozar fought tears as he sat at his desk at home writing the statement the Mercury would eventually release, and when he saw Phoenix Suns star Devin Booker share the statement on Instagram. He eventually made it to the office at Footprint Center around 10 a.m. MT. He had work to get to: among other things, ensuring Griner has everything she needs for her return to Phoenix — the city, not the team — whenever that happens.

“We’re not thinking about basketball,” Kozar said. “Our main concern is her, and — as I’ve told people before — if she never plays another game of basketball, another minute of WNBA basketball again, we will still love her and care for her all the same, and nothing about how we feel about her or what she means to us, or this city or her family or any of that will change.”

Outside the Footprint Center, however, were few signs of the Griner news. A maintenance crew was putting up lights around palm trees. A man shot video of the BG42 sign adorning the outside of the arena. Suns employees streamed into work mid-morning after a loss to the Boston Celtics the night before.

Two groups of Jehovah’s Witnesses greeted folks as they walked by on the sidewalk and offered them pamphlets. Outside the arena is one of their regular spots to post up because of the heavy foot traffic. They figured out Griner had been released when a local news crew arrived and started interviewing people on the street.

But by and large, it was business as usual in downtown Phoenix. People strolled through the plaza in front of the arena while others got in a mid-morning run. Lunch hour was just beginning. And a few Griner fans made their way to the arena.

Danae McKnight is a 33-year-old who moved to Phoenix three years ago from Florida with her wife. They knew no one in the area and bought Mercury season tickets as a way to find a community, McKnight explained while standing in front of a Black Lives Matter mural that features Griner on the side of the Footprint Center. McKnight said they watched Griner be “unapologetically herself.”

“That’s something that a lot of people, including myself, struggle with,” said McKnight, who wore a “We Are BG” T-shirt. “It took me years to figure out who I was and to accept that, because there’s so much fear with the LGBT community and coming out that you feel like you have to hide yourself or you feel concerned.

“… Just the confidence that she has, and she just knows who she is and she just wants to be that and it’s inspiring. It’s taught me that it’s OK to be me.”

McKnight bawled when her wife told her Griner was coming home, and knew she wanted to come to the Footprint Center.

“It just felt like the right place to be,” McKnight said choking back tears. “This has really impacted me a lot more than I thought it would. I’m married and I can only imagine my wife being away from me for almost 300 days, and it’s really personal to me.”

Turner is in Austin, about 90 miles from San Antonio, where Griner landed at Joint Base San Antonio-Lackland on Friday. She wants to give Griner space and privacy as she adapts to her old, yet new life.

Turner joked that she’s close enough to drive over and wave at Griner through the gates.

“I’m sure hopefully in a few weeks I’ll be able to maybe talk to her, figure something out,” Turner said.

Kozar, who had over 300 unread text messages by lunchtime, also is hoping to see Griner “soon,” but only on her timeline, whether it’s in Arizona or in her home state of Texas.

The mood around the Mercury’s and Suns’ offices was celebratory all day, Kozar said. The Mercury players and coaches he talked to throughout the morning were experiencing a combination of disbelief and joy. Their teammate, their friend who they had talked about, lobbied for, campaigned for for almost a year, was on her way home.

When Kozar talked to Mercury coach Vanessa Nygaard on Thursday, she had just finished physical therapy to treat a back injury she suffered while surfing. When he mentioned her “poor back,” Kozar said Nygaard responded: “Nothing hurts today.”

While the focus is on Griner’s safety and well-being, and helping her readjust to society, her basketball future wasn’t too far from Kozar’s mind. One thing Kozar learned through all the letters he and Griner exchanged was that it wasn’t just her freedom, family and friends that were taken away from her. So was, as she calls it, hoop.

“We’ll follow her lead, we’ll do whatever she wants,” he said. “Part of the joy that she’s brought to people is how she plays and the way she plays and who she is when she plays.

“And I’d be lying if I didn’t say there was some kind of anticipation or excitement about the idea that everyone would get to experience that again, but that’s not what matters most.”

What to Pack for a Trip to Puerto Rico, From Cutout Dresses to Sunhats