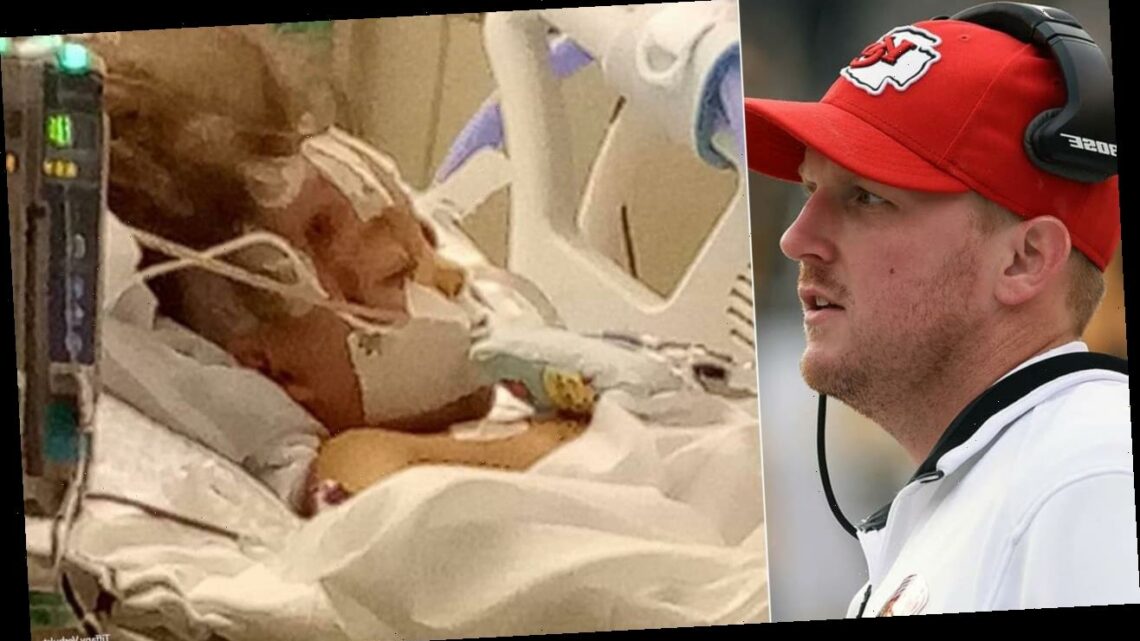 Britt Reid crash from February under review by Missouri prosecutors

Britt Reid, the former Kansas City Chiefs coach who was involved in a crash that seriously injured a 5-year-old girl in February before Super Bowl LV, could be facing charges.

The Jackson County Prosecutor’s Office in Missouri told FOX 4 KC the incident was under review and there was no timetable for when a decision on charges would be made.

The crash took place near the southbound ramp of Interstate 435 a day before the Chiefs left for the Super Bowl, according to FOX4 KC.

A driver in a Chevrolet Impala ran out of gas and on the ramp called for help, police said. The police report stated the hazard lights were flashing, but the car’s battery was starting to die when a family member arrived in a Chevrolet Traverse and parked near them with their headlights on.

The station reported, citing crash documents, that a white Dodge pickup truck driven by Reid was traveling south on the ramp to get to the interstate when it struck the Impala and hit the Traverse from behind.

The Impala driver was inside the car at the time of the crash and was not hurt; two adults in the Traverse were not hurt either, according to the station. Reid told responding officers that he had been drinking and was on a prescription for Adderall.

Ariel’s family last updated the girl’s condition late last month. Her aunt, Tiffany Verhulst, wrote on the donation page for the child that the girl is still in the hospital.

“Ariel remains in the hospital, she is getting a little better each day but she still has a long road to recovery. Britt Reid is out everyday living his normal life while she cannot, please don’t let her story be forgotten. Court will take a long time and we don’t know what will be the outcome of it all. So please keep sharing her story and praying for her and the family. Thank you,” the update from March 27 read.

A lawyer for the family said last month they were pursuing serious charges for Reid.

Reid has had legal troubles in the past. He pleaded guilty to flashing a gun at a motorist in 2007 and was sentenced to eight to 23 months in prison. He also pleaded guilty to driving under the influence of a controlled substance in 2008.

A UFC Champion Sparred With a Bodybuilder and a Black Belt