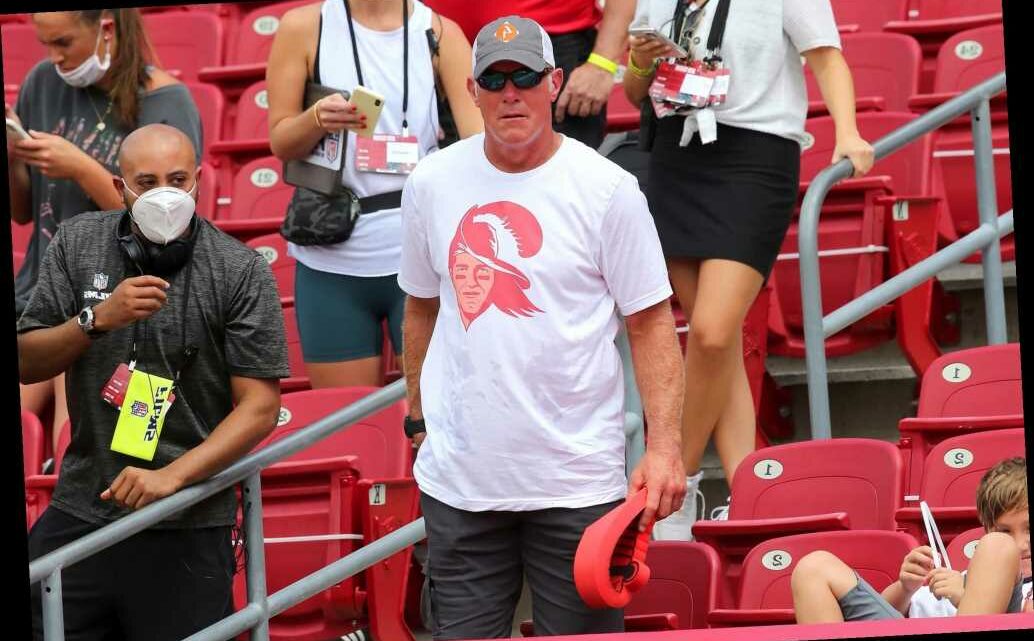 Brett Favre’s bizarre Buccaneers appearance not sitting well with some

Bruce Arians criticized Tom Brady after the Buccaneers’ Week 1 loss. Brett Favre warned Arians that he was “barking up the wrong tree” by doing so. Favre was then at the Buccaneers’ home opener wearing a “Tompa Bay” shirt, which features Brady’s face on Tampa’s classic Bucco Bruce logo, even though fans were barred from the game.

The series of events led to the Buccaneers’ own Ryan Jensen, Brady’s center, wondering why the 50-year-old Favre was in attendance.

“So he can go to the game but my family can’t? Interesting,” Jensen wrote on Twitter in response to a clip of Favre at the Buccaneers’ win over the Panthers.

The clip features Favre munching on a bag of chips as he walks down a set of stairs at the Buccaneers’ stadium.

Arians was hard on Brady last week after a subpar performance, and the critique surprised Favre.

“I think the last person you want to call out after the first game of the year is Tom Brady,” Favre said last Tuesday on SiriusXM NFL Radio. “Now, maybe they had a mutual truce going into the game, going into the season, ‘Hey, I’m going to be hard on you. I want the guys to know we’re going to treat you the same even though technically I’m not, so are you OK with it?’ If they have that truce, great. If not, I think you are barking up the wrong tree.”