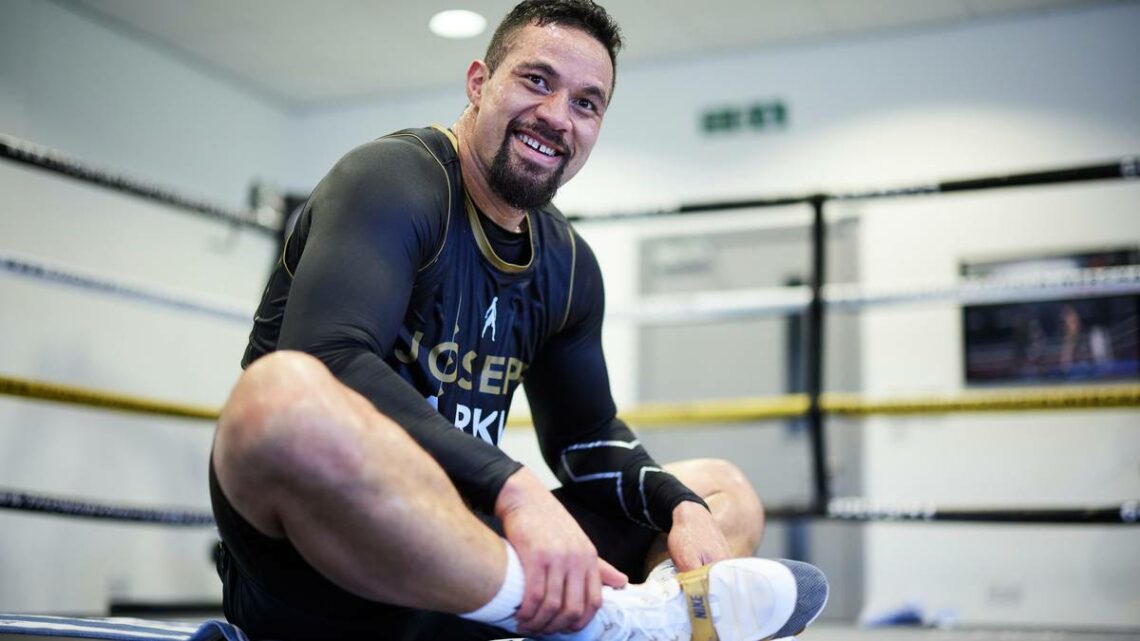 Boxing: Joseph Parker breaks silence on being named in connection to drug case

Joseph Parker has addressed his name being linked to a major international drug importation and supply conspiracy, which threatened to tarnish his reputation and disrupt his career.

In March, Parker had left New Zealand to begin a training camp with coach Andy Lee in Ireland in preparation for his pivotal heavyweight clash against Derek Chisora.

But while he was focused on his next fight in the ring, Parker’s name suppression lapsed and he was revealed as the sports star police alleged to be linked to a major international drug importation and supply conspiracy.

Parker was not charged in relation to the case.

Speaking to the Herald, Parker said being in training camp at the time allowed him to block out much of the outside noise being channelled towards him as a result of the situation.

“There’s a lot of media reaching out to say ‘tell your side of the story’ and because of my legal team I’m not allowed to talk about a few things, but it wasn’t so much a distraction,” Parker explained.

“There was a lot of support, but there’s always a lot of people saying this and saying that.”

Parker, who held the WBO heavyweight title from 2016 to 2018, was named by prosecutors during the High Court trial of Tevita Fangupo, Tevita Kulu and Toni Finau in 2019.

Despite not being charged, the Crown alleged Parker played a role in the importation of methamphetamine by transporting and changing currency. Parker strenuously denied the allegations, including under oath in the form of an affidavit.

The 29-year-old has been dealing with his name being made public while overseas, as he has not been back in New Zealand since setting out to prepare for his bout against Chisora.

Following his own bout – a split decision win – he, his partner and their three daughters went on to Las Vegas for Parker to help Tyson Fury prepare for his World Title defence which was scheduled for July 24, but was rescheduled due to Covid-19.

Parker said it was a blessing to have his family together over the past few months.

“One thing is that the family does miss New Zealand and miss their grandparents and aunties and uncles, but the main thing is when we’re together as a family, everything is perfect. So, as long as we’re travelling as a family it’s great,” Parker said.

“It will be great to be back home soon to see family and friends and just to relax. I’ve been away since March. It’s the longest time I’ve been away from home.”

Parker has indicated he hopes to return to the ring in November with a rematch against Chisora the most likely booking, meaning his return to New Zealand will be fleeting as he will head back offshore to link up with Lee for training camp.

Having been in camp with Fury and seen how the WBC champion operates, Parker said it reinforced to him that he was on the right path of his ultimate goal of getting another shot at claiming a World Heavyweight title.

“Tyson is probably one of the hardest trainers I’ve ever seen and it’s just great to be around him. He’s very positive, he’s got great energy every day, and he includes everyone that’s around him into the camp – not only for all the recovery sessions, but all the training sessions. It was great. I really enjoyed it and I’m thankful to him for including me,” Parker said.

“The greatest thing about being here with Tyson in Vegas for his camp before (the fight) got postponed was that it was great to see him in his element. It was great to, not so much see what he does, but just compare some of the trainings that we do.