Home » Sport » Boxing: Floyd Mayweather's Japan fight will be 'all about the entertainment' 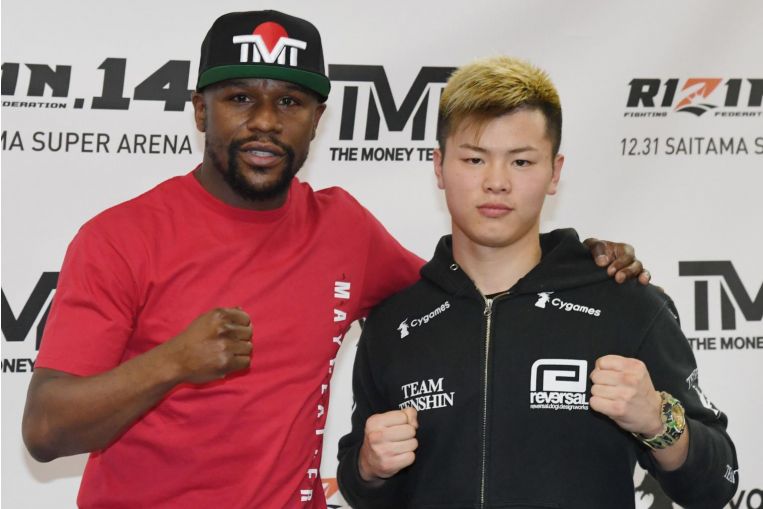 Boxing: Floyd Mayweather's Japan fight will be 'all about the entertainment'

LOS ANGELES (AFP) – Boxer Floyd Mayweather says his New Year’s Eve bout with Japanese kickboxer Tenshin Nasukawa will be “all about the entertainment”.

The nine-minute exhibition in Japan will have no official winner or loser if it goes the distance, and Mayweather said at a press availability at his training base in Las Vegas on Thursday (Dec 6) that he was looking forward to the event as a chance to sample “something different”.

The contest will take place at the Saitama Prefecture Super Arena in Saitama, Japan, Mayweather said. Saitama is 16km north of Tokyo.

Mayweather added that there will not be any judges present and the bout would not count on the combatants’ official fight records.

“This will be full contact competition but the bout is not going on boxing or MMA records,” a Mayweather spokesman said in a news statement.

Nasukawa, also in Vegas on Thursday, said he hopes his countrymen will get behind the show.

“There has never been a Japanese fighter to face Floyd Mayweather in the ring. I would like to make a big impression,” said the 20-year-old, who is 27-0 with 21 KOs as a featherweight kickboxer.

“I want to get the whole fight community, the whole country of Japan and the entire world involved in this fight.

Thursday’s press event came almost a month after 41-year-old retired welterweight champ Mayweather (50-0, 27 KOs) announced he had scrapped plans to stage a fight with Nasukawa, indicating he had been duped into agreeing to a contest.

“I want it to be clear that I, Floyd Mayweather, never agreed to an official bout with Tenshin Nasukawa,” Mayweather wrote on Instagram.

But on Nov 15, the CEO of mixed martial arts promoter Rizin said a “misunderstanding” with Mayweather had been ironed out and the fight was on.

At that time, Mayweather described the match to TMZ Sports as “a little boxing exhibition” with no kicking involved.

There was no mention on Thursday of a US broadcaster, an undercard, or how much money Mayweather would receive for the spectacle.

Mayweather came out of a two-year retirement in 2017 and knocked out mixed martial arts fighter Conor McGregor in the 10th round of a super-hyped boxing match.

Why did Niall Aslam leave Love Island, does he have Asperger syndrome and what was his Instagram post?