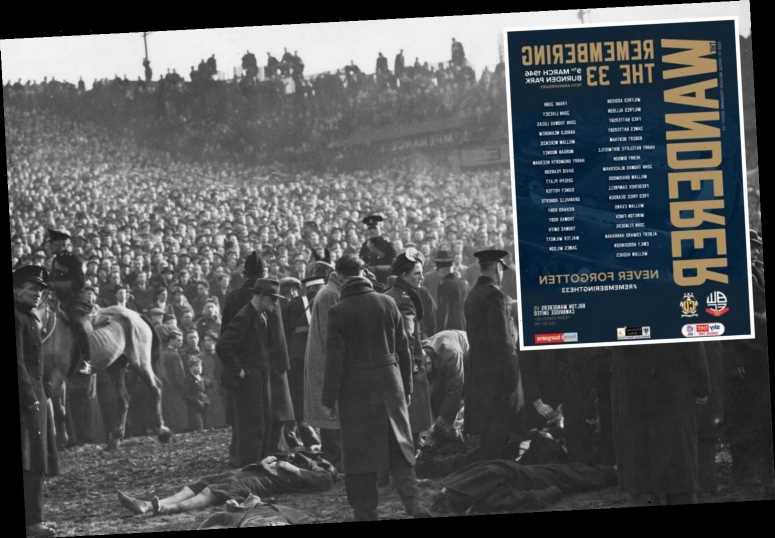 THERE was a time that not even the Bolton captain knew about the Burnden disaster.

And he was playing for Wanderers only two decades after the tragedy, which happened 75 years ago tomorrow. 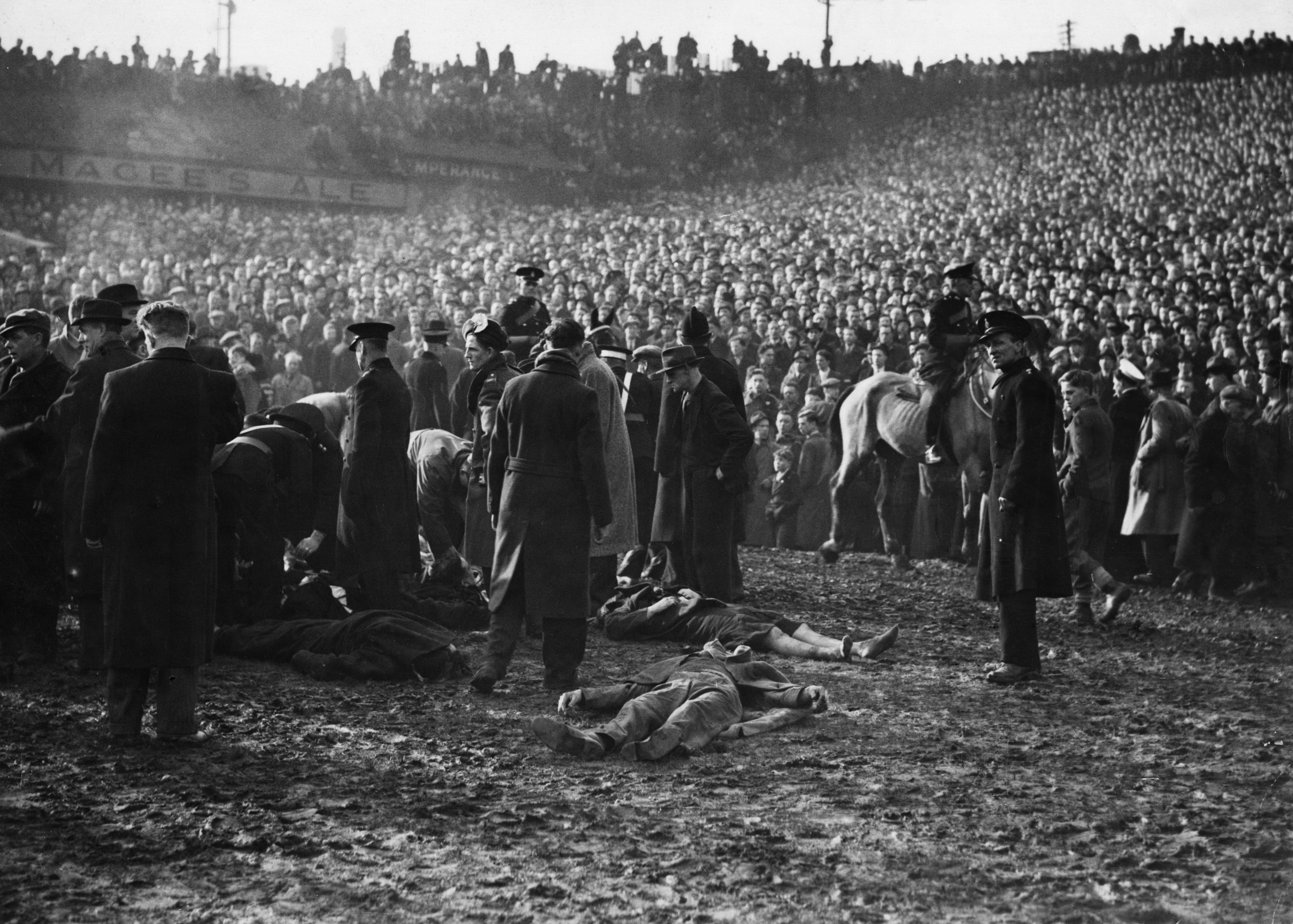 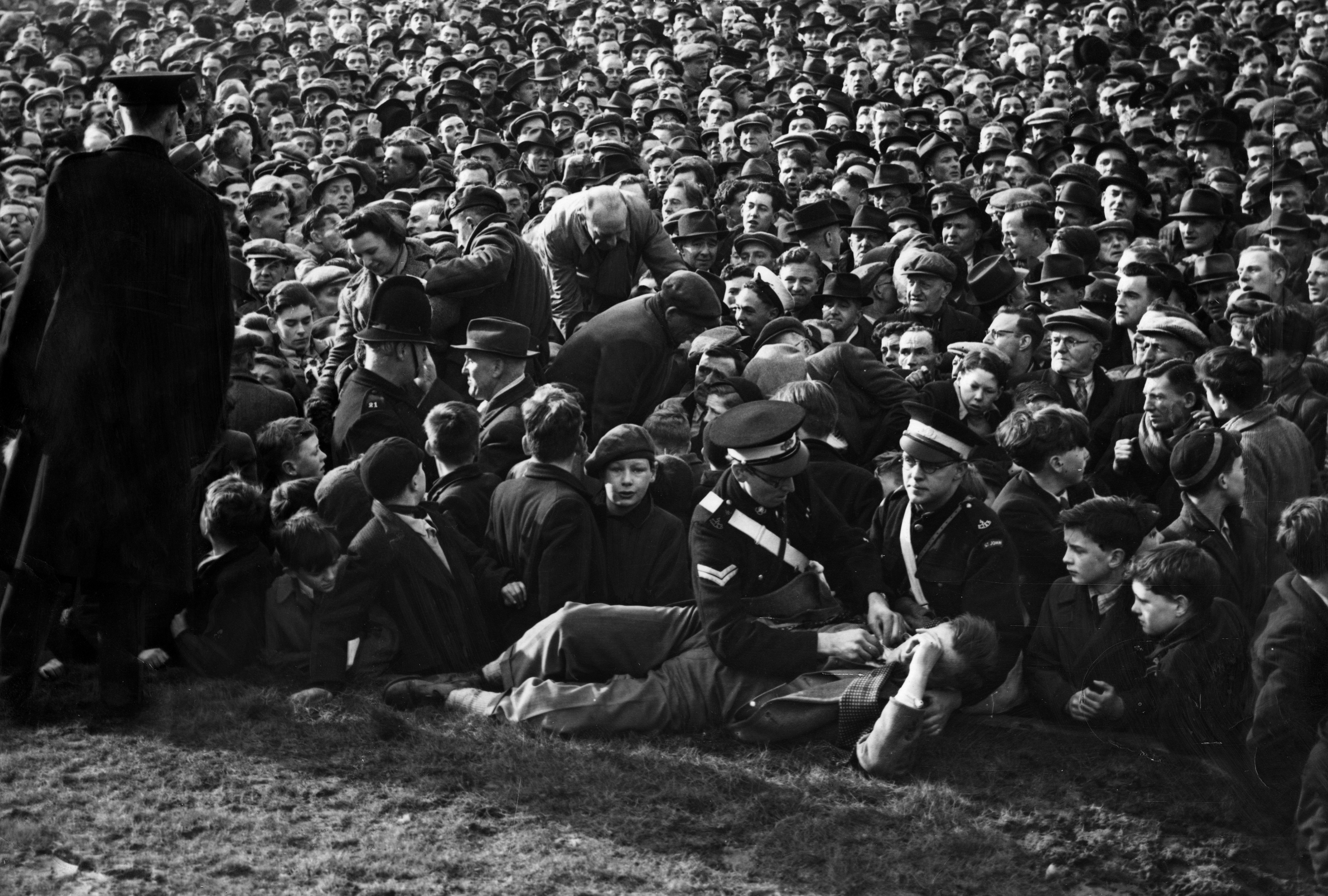 In fact, the first Gareth Williams, at Bolton from 1967-71, knew about it was when he read it in Sun Sport five years ago.

Williams’ wife Karen tweeted at me following that article on the 70th anniversary, saying: “My husband Gareth Williams was captain for years at Bolton never knew about this! Shameful

“He was astounded when he read this article never had been mentioned.”

It wasn’t shameful that he didn’t know about it – but seems extraordinary now.

For years, Bolton didn’t really make much of the anniversary of what is the fourth worst stadium disaster in British football history.

Thirty-three Wanderers fans were crushed to death on March 9, 1946, during an FA Cup quarter- final with Stoke at Burnden Park

An estimated 85,000 people – some of them just back from World War Two – packed in to see Stoke’s star man, Stanley Matthews. 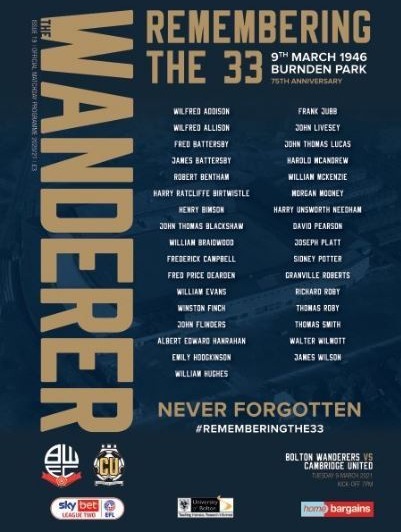 He was shocked when, despite supporters being injured and dying all around them, the match continued.

Lots of Bolton fans have family members who were there that day – my grandad and great uncle went.

Many of those supporters didn’t really know how severe the tragedy was, according to Wanderers chaplain Phil Mason, who has spoken to many survivors and their loved ones over the years.

Indeed, some fans just went to the pub or the cinema afterwards while their panicked relatives listened to radio updates and prayed they would return home.

And when they did, they got a clip round the ear!

There is no chance any current Bolton player will be oblivious to the significance of the Burnden disaster.

At the home game against Cambridge tomorrow there will be a minute’s silence, both teams will lay wreaths.

My husband Gareth Williams was captain for years at Bolton never knew about this! Shameful

Flags will be half-mast, there will be a list of those who died on the LED advertising boards and the big screen.

Wanderers will also remember them on social media, the manager and players will read out the names of those who died, and it’ll conclude with a prayer.

Mason explained: “It was the first major English football stadium disaster and we see ourselves as part of a small family of clubs who have suffered that pain. We all stand together.

“Nobody should go to a football match and lose their life.

“We will remember the 33 who died but also the 500 or so who were injured, many of them suffering life-changing injuries. 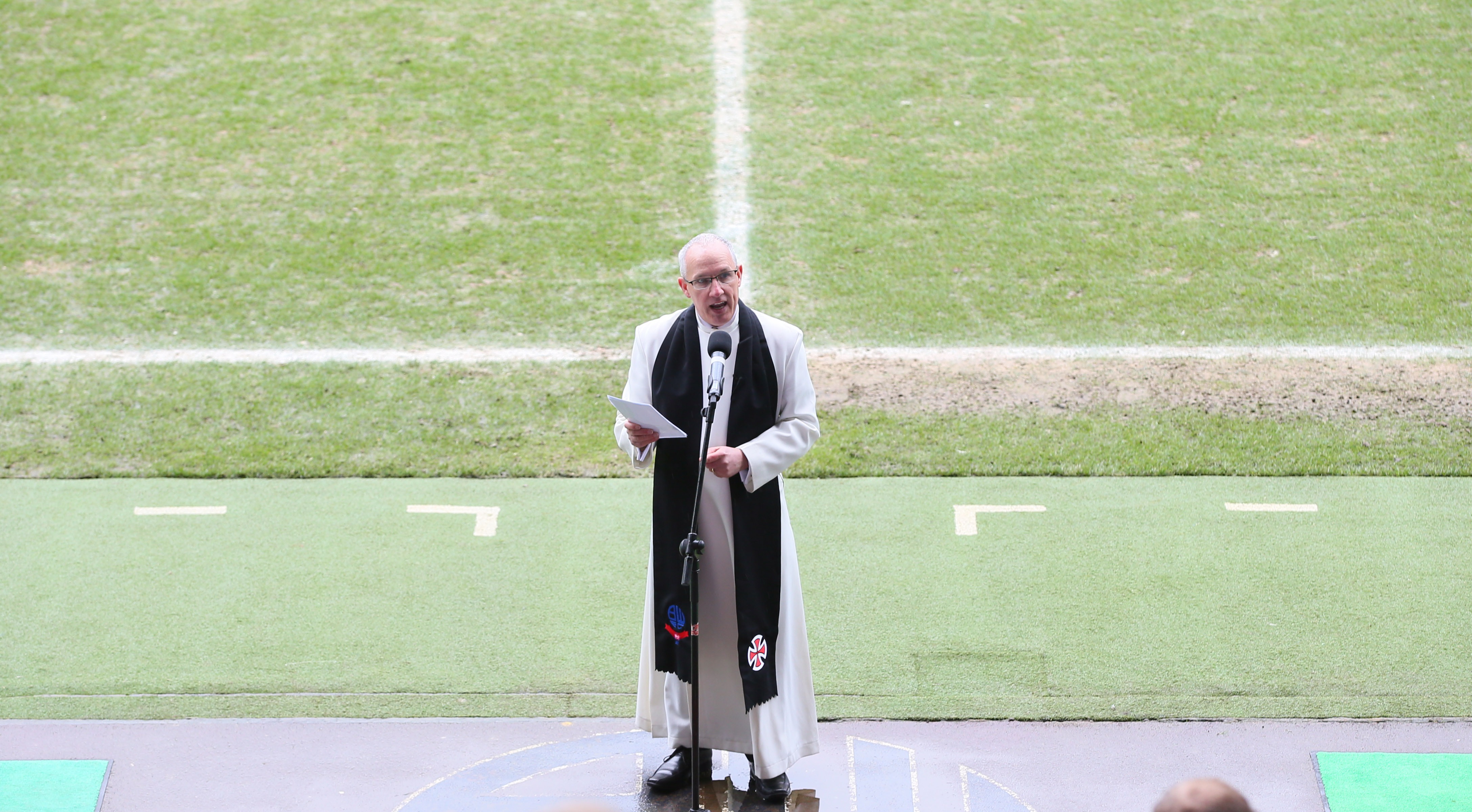 “They should never be forgotten.

“It’s more out there than it’s ever been, you’d have to be walking around with your eyes closed not to see it.”

Mason, 56, started at Bolton in 2003 but it was before the 2006 remembrance service – the 60th anniversary – that he and the club decided to do “a bit more to remember the tragedy”

The day was especially poignant for Mason, whose father passed away on the morning of the service, meaning he had to go to Preston to identify the body before heading back and leading the prayers.

He recalled: “I was feeling the pain of the people who were there, the families of the 33.”

The current board and staff will play their part in remembering it.

In his programme notes for the Cambridge match, manager Ian Evatt writes: “The disaster is a poignant chapter in the club’s long and distinguished history and it is our duty as supporters and staff to ensure that their memories continue to shine throughout what we achieve.” 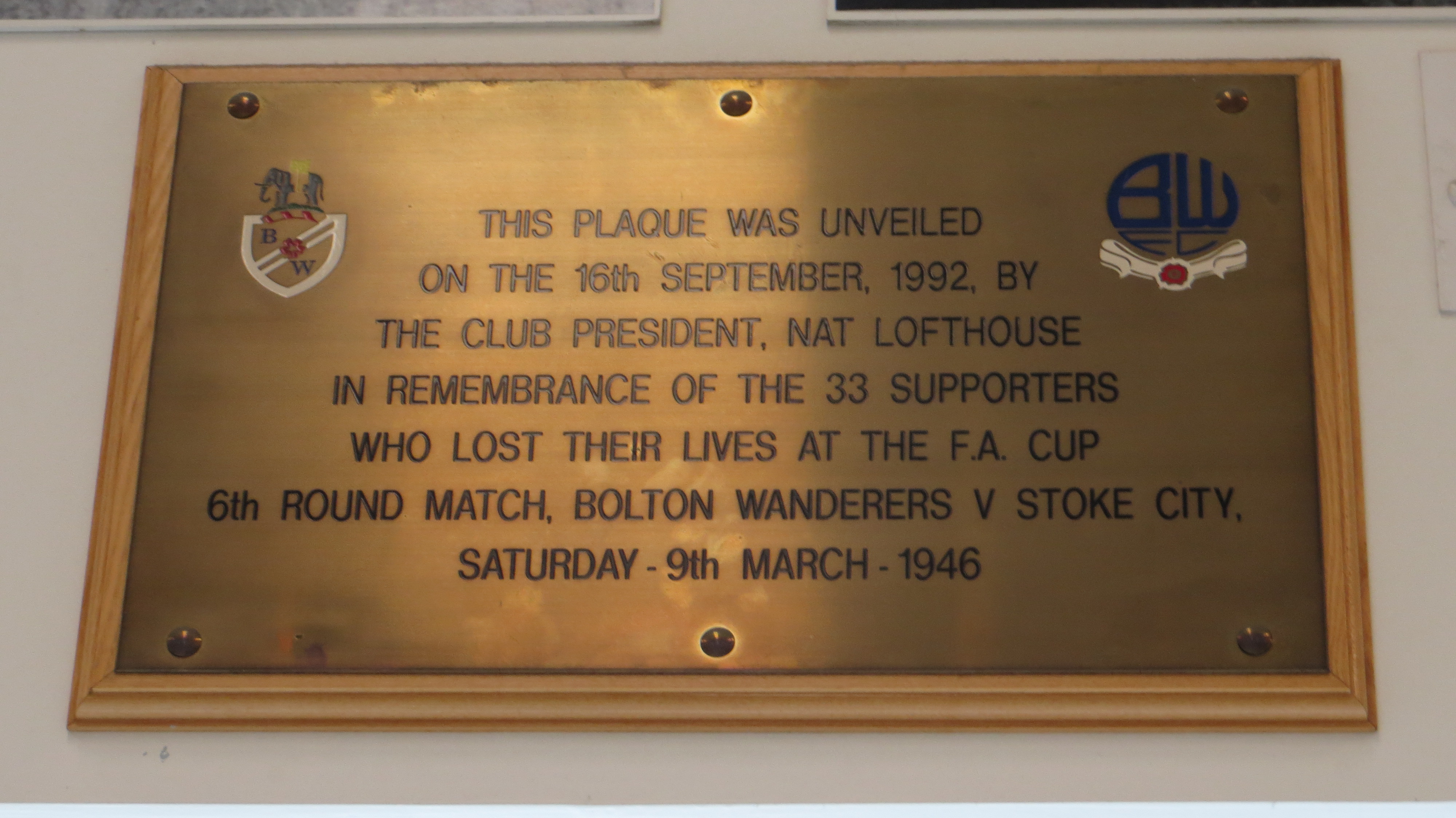 It is only right that the memory of the tragedy is woven into the fabric of the club and that we Wanderers make the wider football world aware of those supporters from Bolton and Rochdale, Wigan and Blackburn, Leigh, Atherton and Tyldesley who lost their lives.

So well played to fans in the Bolton Wanderers’ Remembrance Group, who raised money for a flag inside the stadium.

There is a plaque at the site of the tragedy but as the club moved from Burnden Park in 1997, that tribute is now inside an Asda.

However, there is now a permanent plaque at the site of the Nat Lofthouse statute outside the University of Bolton Stadium.

The current Wanderers regime and supporters deserve huge credit for the importance they place on March 9 – as chairman Sharon Brittain writes in her programme notes for tomorrow’s match: “The club commemorates victims of the disaster and we shall do so forever more.”

Those who died and were injured will never be forgotten.

Harry and Meghan got freedom and a Netflix deal – but at what cost?