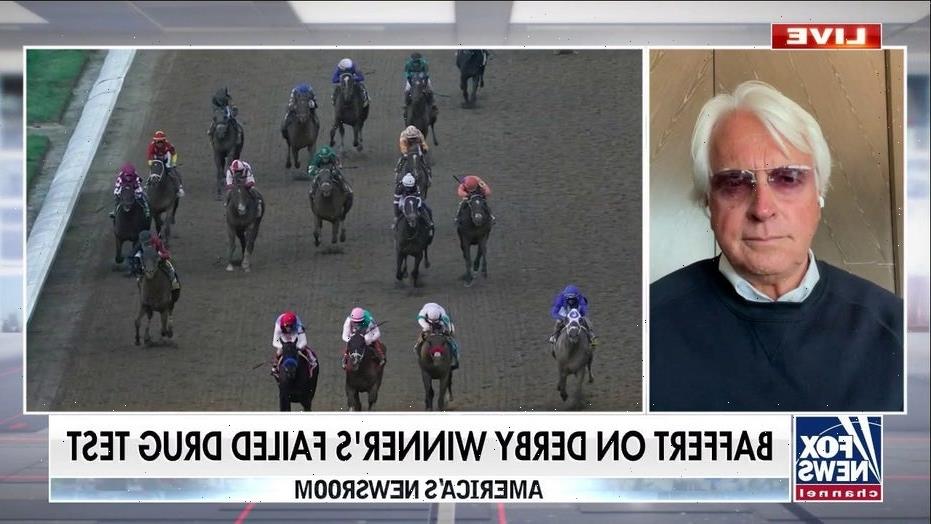 Bob Baffert says he is ‘fighting for his reputation’ after failed drug test.

Bob Baffert, the legendary horse racing trainer who has won seven Kentucky Derbies during his career, was adamant Monday that his latest winner Medina Spirit was not treated with a drug he tested positive for in a post-race sample.

Baffert appeared on Fox News Channel’s “America’s Newsroom” with Bill Hemmer and Dana Perino and said he never thought he would be fighting for his reputation.

“It did not happen. That horse has never been treated with (betamethasone). Actually, it’s a legal therapeutic medicine and the amount that was in it wouldn’t have any effect on the horse anyway. But we don’t … That horse was never treated with that and so that’s the disturbing part of it. 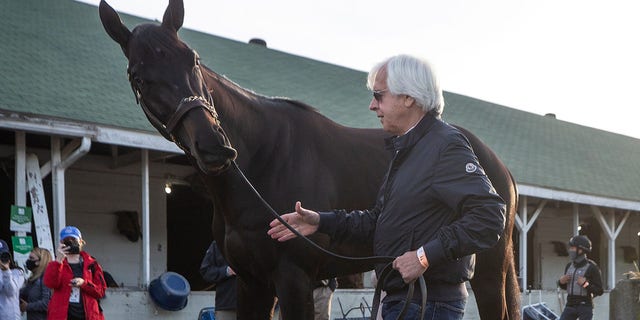 Baffert took a shot at the testing protocols. He said officials test at picogram levels (which is equal to one trillionth of a gram). He described it as a salt grain in an Olympic-sized pool and offered theories on how Medina Spirit could have come in contact with the drug.

BOB BAFFERT UNDER FIRE AFTER ANOTHER HORSE’S POSITIVE TEST

“We live in a new world now. These horses don’t live in a bubble,” he said. “They’re in an open farm. People are touching them. He went from the Derby to after the Derby everybody’s out there touching them. I mean there’s so many ways these horses can get contaminated and when they’re testing at these really ridiculously low levels … I’ve been saying it for over a year now these are gonna get innocent people in trouble and this is what happened now.”

Medina Spirit’s victory at Churchill Downs gave Baffert the all-time record for most wins by a trainer at the Derby.

When word broke about Medina Spirit’s positive test, Churchill Downs released a scathing statement Sunday saying that Baffert won’t be able to enter horses at the track, and failure to comply with the rules and regulations puts the safety of the horses and jockeys at risk and can ruin the integrity of the sport.

Baffert responded to Churchill Downs on Monday and said he plans to run the horse for the next Triple Crown event.

“Churchill Downs came out with that statement – that was pretty harsh,” he said after telling Hemmer he hadn’t heard anything about Medina Spirit’s status for the Preakness. 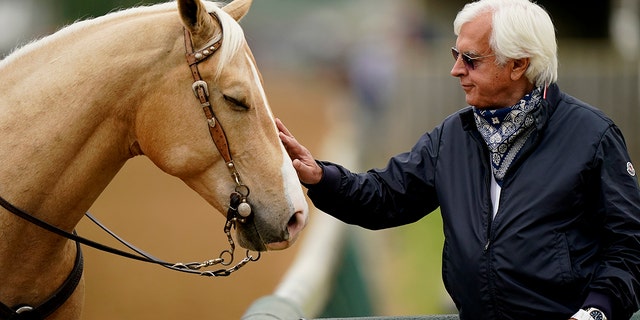 Trainer Bob Baffert pets an outrider’s horse while watching workouts at Churchill Downs Wednesday, April 28, 2021, in Louisville, Ky. The 147th running of the Kentucky Derby is scheduled for Saturday, May 1. (AP Photo/Charlie Riedel)

“With all the noise … We live in a different world now. This America is different. It was like a cancel culture kind of a thing so they’re reviewing it. I haven’t been told anything. We’re prepared to run.”

Baffert added that he believes the investigation into Medina Spirit will “take months.”

“We did not cheat to win the Kentucky Derby,” he said.

“I want to protect my legacy. I’ve trained great horses. I’ve trained the best horses that have run through there. My record proves it. This is horrible what has happened. The horse never got that medication. It’s an injustice to the horse. He’s a great horse. He ran hard. He deserved to win that race and it kills me because these horses are like my children and for something to happen to him like that is horrible but we have to deal with it and hopefully it will get resolved.”

The Preakness Stakes is set for Saturday. The draw was moved to Tuesday because of the Medina Spirit controversy. Baffert said he plans to run two horses at the race.

How Many Movies Have Seth Rogen and James Franco Made Together?
World News