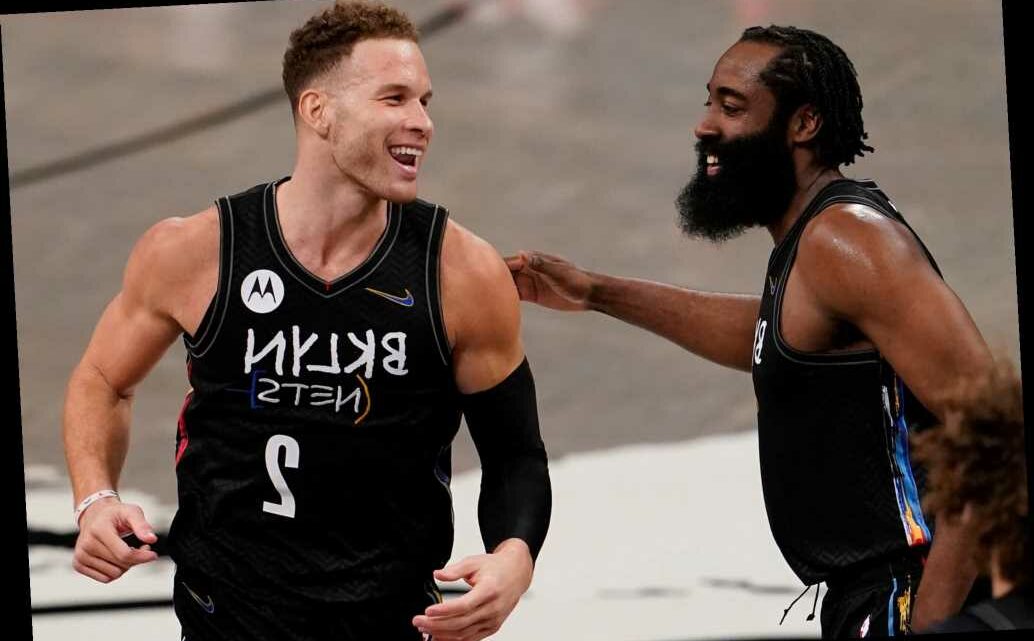 Brooklyn’s latest addition of LaMarcus Aldridge isn’t just the rich getting richer. It’s a billionaire winning the Powerball – and everybody else getting triggered.

The Nets officially signed Aldridge on Sunday, after the seven-time All-Star was bought out by San Antonio. It came after they’d already inked six-time All-Star Blake Griffin, and traded for three-time reigning scoring champion James Harden in January, moves that have fans and pundits alike crying foul.

And Griffin is chuckling to himself.

“It’s kind of funny to me, because for the last couple years all I’ve heard is how bad I am. You sign with this team and everybody’s like, ‘that’s not fair!’ ” Griffin said when asked by The Post about the strong reactions. “People say whatever they want. I don’t put a whole lot of value in other people’s opinions.

“I trust the people I trust. If I don’t go to you for advice, then I’m probably not going to take your criticism. So I have that circle of people and I have that group of people that I trust, real basketball people; that’s who I listen to. I just think it’s funny. I guess you could say it’s amusing. I can’t speak for LaMarcus; I don’t know what people have been saying about him. That’s how I felt when I came here. I was hearing how bad I was, and now people care for some reason.”

To say they care would be an understatement. NBA Twitter was aflame with comments once the news of Aldridge’s signing broke Saturday evening, painting the Nets as the villains of the NBA, the Darth Vader of the league.

ESPN figure Stephen A. Smith joined in that chorus with a lengthy soliloquy on Twitter.

“What’s going to be next if you’re the Brooklyn Nets? I mean this is almost like buying a championship for crying out loud. Blake Griffin comes. LaMarcus Aldridge has now decided to go,” Smith ranted. “I mean, you want a championship, I got all of that. You should be the favorites. KD, James Harden, Kyrie, Lethal Weapon 3, but damn! I mean, what about competition?

“You’re just going to get everybody now? Everybody? I mean, I’m looking forward to the playoffs; I want competition. But if we’re just going to stockpile and get everybody and everybody running to Brooklyn to try to steal a championship, I mean, c’mon. KD, Kyrie, James Harden — that’s cool. I get all of that. Blake Griffin couldn’t get some place else? LaMarcus Aldridge, you of all people, after all the years you spent in Portland and San Antonio, that’s what we doing now?”

Griffin pushed back against the narrative of grand theft title, pointing out that the Lakers drew somewhat similar attention when they added current Nets coach Steve Nash and Dwight Howard in 2012-13 to a team that already boasted the late Kobe Bryant and Pau Gasol. That team finished just seventh in the West.

“There’s been so many examples of teams, people forming teams and everybody makes a big deal of it. I remember when the Lakers got Dwight and Steve. Sometimes it doesn’t work out. We realize that. We know we have work to do and we know we have to be great.”

Griffin and Aldridge join Harden, Kevin Durant, Kyrie Irving and DeAndre Jordan. All have made at least one All-Star Game appearance, and they have a combined 41 to their names. But as Griffin points out – and as Nash himself learned on that Lakers team – names don’t guarantee rings.

That’ll be up to the Nets. And if Griffin thinks its crazy that he, Aldridge and Harden have all joined Brooklyn this season, it’s probably just as insane that they’re being viewed as the big bullies of the league after five years ago being bullied, just 20-62 in GM Sean Marks’ first full season.

Irina Pavlova was president of Onexim Sports – the Nets’ parent company – at the time. But times have changed, and so has their standing.

“Somehow being hated,” Pavolva tweeted “feels so much better than being laughed at.”