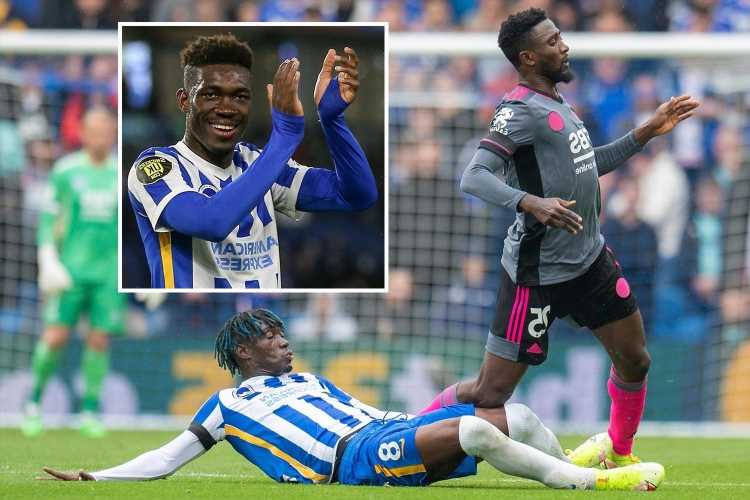 YVES BISSOUMA has come in for some gentle ribbing in the Brighton dressing room after revealing that he considers himself the best midfielder in the Premier League.

The Malian was asked who he felt was the league’s top player in the middle of the park by Albion legend Glenn Murray on Football Focus on Saturday. 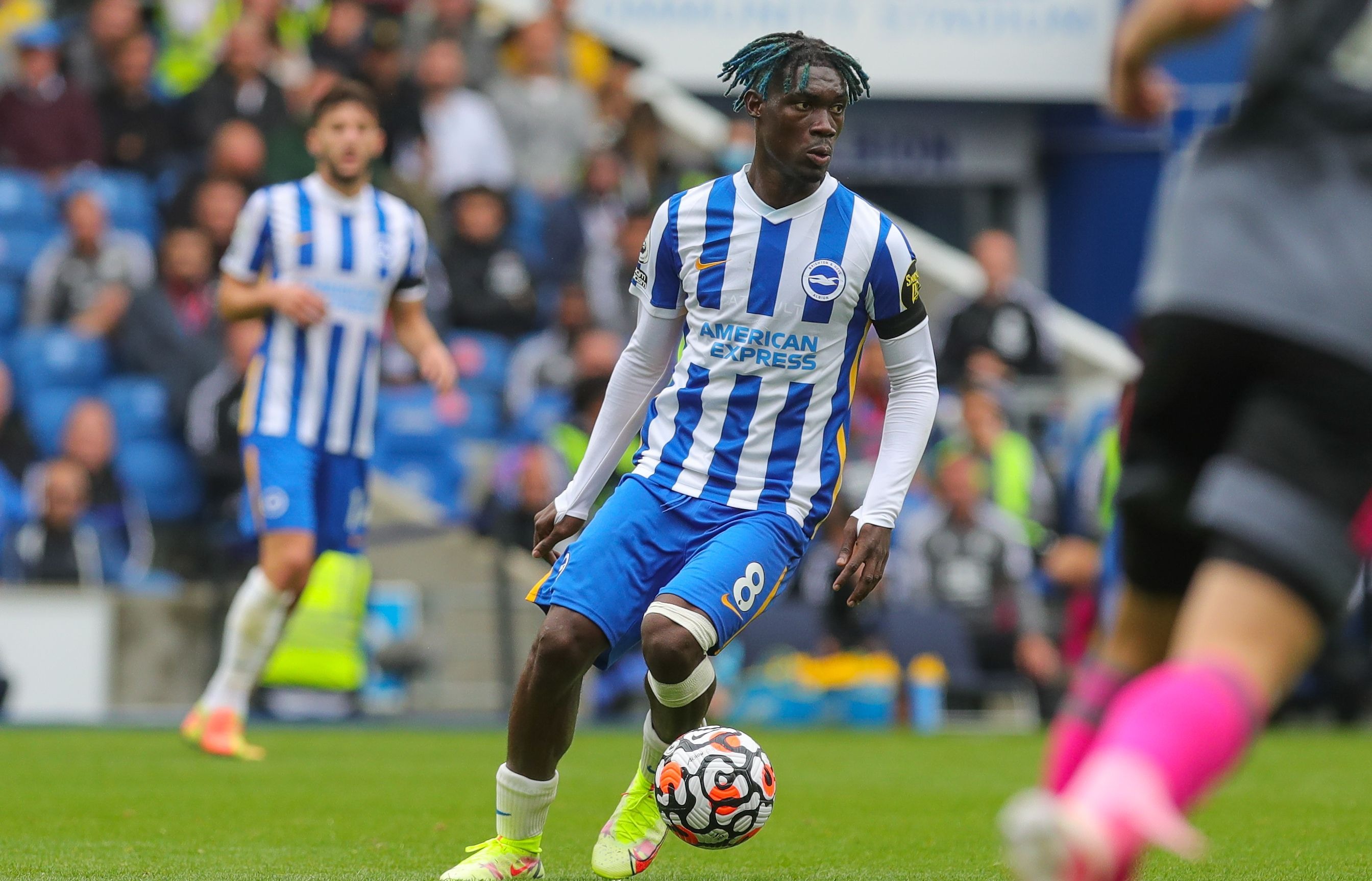 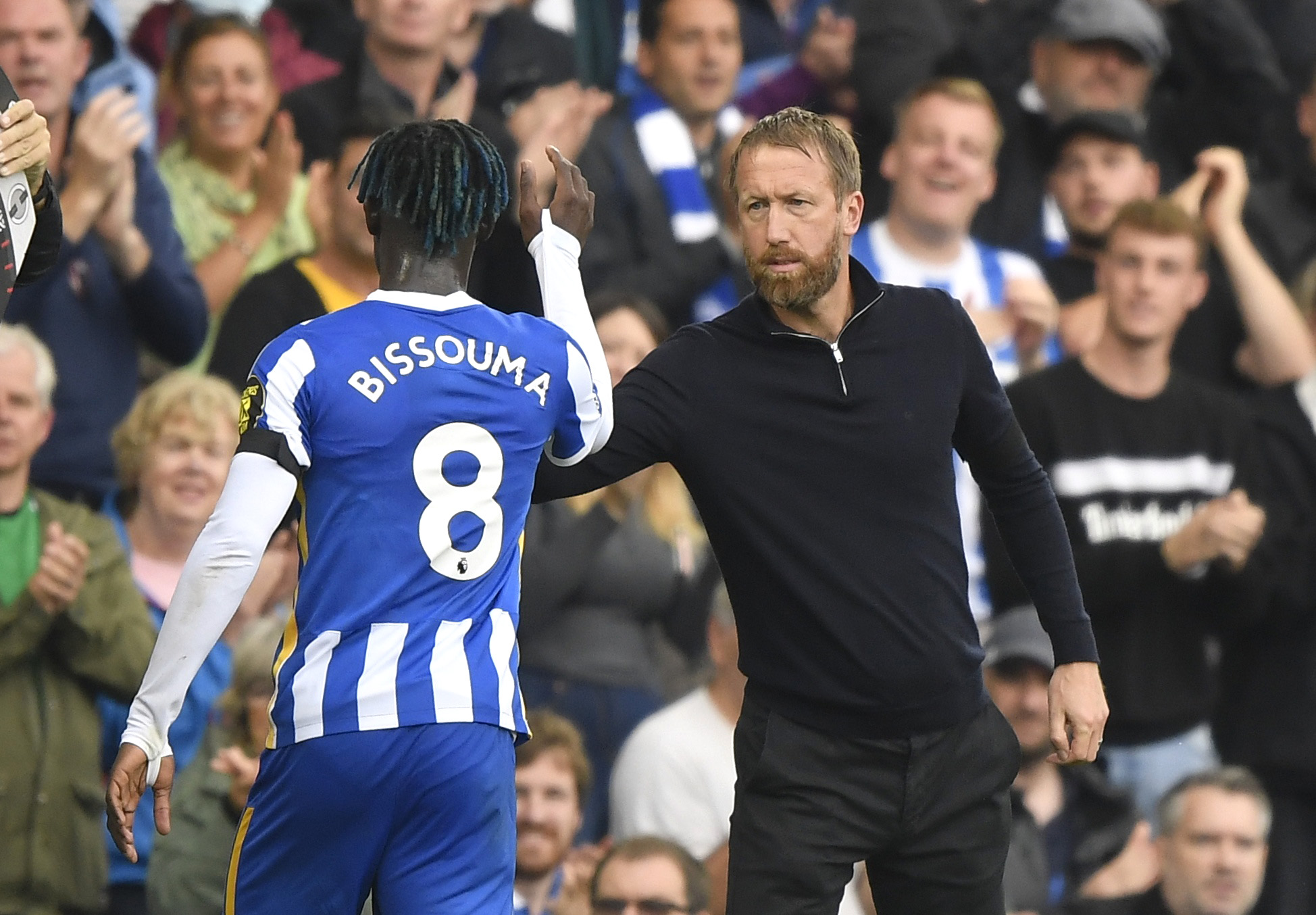 His reply was, “I don’t want to be arrogant, but it’s me, because in my head I am working to be the best.

"So I cannot say another name, I know in the Premier League there are so many good midfielders, but for me, it’s me because that gives me the confidence and the energy to work hard to show people I am here and I am Bissouma”.

That kind of self-promotion, even if said slightly tongue-in-cheek or at least with full self-awareness, was never going to go unpunished by his team-mates.

Albion right-back Joel Veltman said: “He said something about ‘best midfielder’ and we were a little bit laughing in the dressing room.

“But he has the potential of course. To have that in his mind is a good thing. He’s amazing.”

Yet Veltman and his colleagues know that, all joking aside, the ultra-driven 25-year-old is serious in what he says – and that can only be a good thing for anyone associated with the Seagulls.

Because the way Bissouma has improved dramatically over the last 18 months, he might just become the best one day if he can keep up his progress.

But what about the here and now – is he there already?

Statistically, there are other midfielders who have outperformed him so far this season in nigh-on every category.

Declan Rice, for example, tops completed passes at 312, a 100 more than Bissouma; Wilfred Ndidi has made the most interceptions with 14, two more than the Albion man; Everton’s Allan’s 18 tackles are also two better than his. Bissouma has just one assist and is yet to score.

But one of the big factors that these individual numbers overlook is that Bissouma is a little different to many of his peers in the position he plays.

Most midfielders these days are either holders or attackers, but the one-time Fulham target is more of a throwback, a proper box-to-box player who can do it all.

When it comes to those types of midfielders, Bissouma is certainly up there.

His biggest strength is probably his ability to put pressure on the opposition which sets the tone for his whole team. 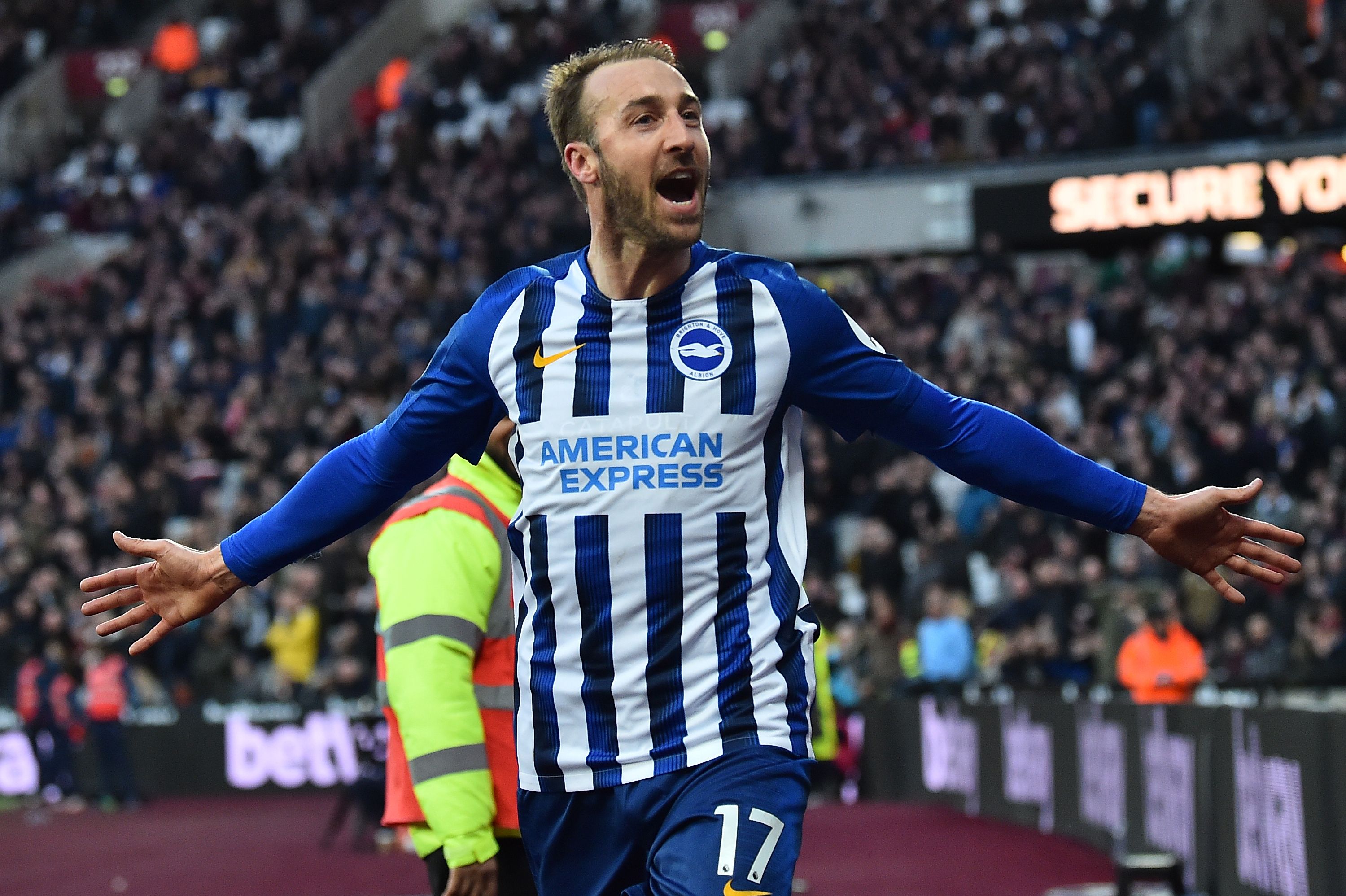 Murray summed this skill up well on the BBC’s Albion Unlimited podcast this week.

The club’s second-highest ever scorer said: “What really has stood out for me with Biss this year is how he can control the intensity of the game just through his press.

“The best example we have of it was the one against Watford where it led to Neal getting the goal.

"But the whole game I felt as though he pressed so well.”

That example Murray cited led to Bissouma’s sole assist so far this term as he nicked the ball off Tom Cleverley and fed Neal Maupay for the opener.

Signed by predecessor Chris Hughton, Bissouma took a while to get into Graham Potter’s starting XI when the Englishman first took over in May 2019, hindered by a troublesome shoulder injury.

But since forcing his way in around the 2020 New Year, he has not looked back.

And from the beginning of this year, his performances have been remarkably consistent.

It is rare that he drops below a seven out of ten and is usually much higher than that.

His energy, anticipation and his ability to put opponents under pressure are vital. 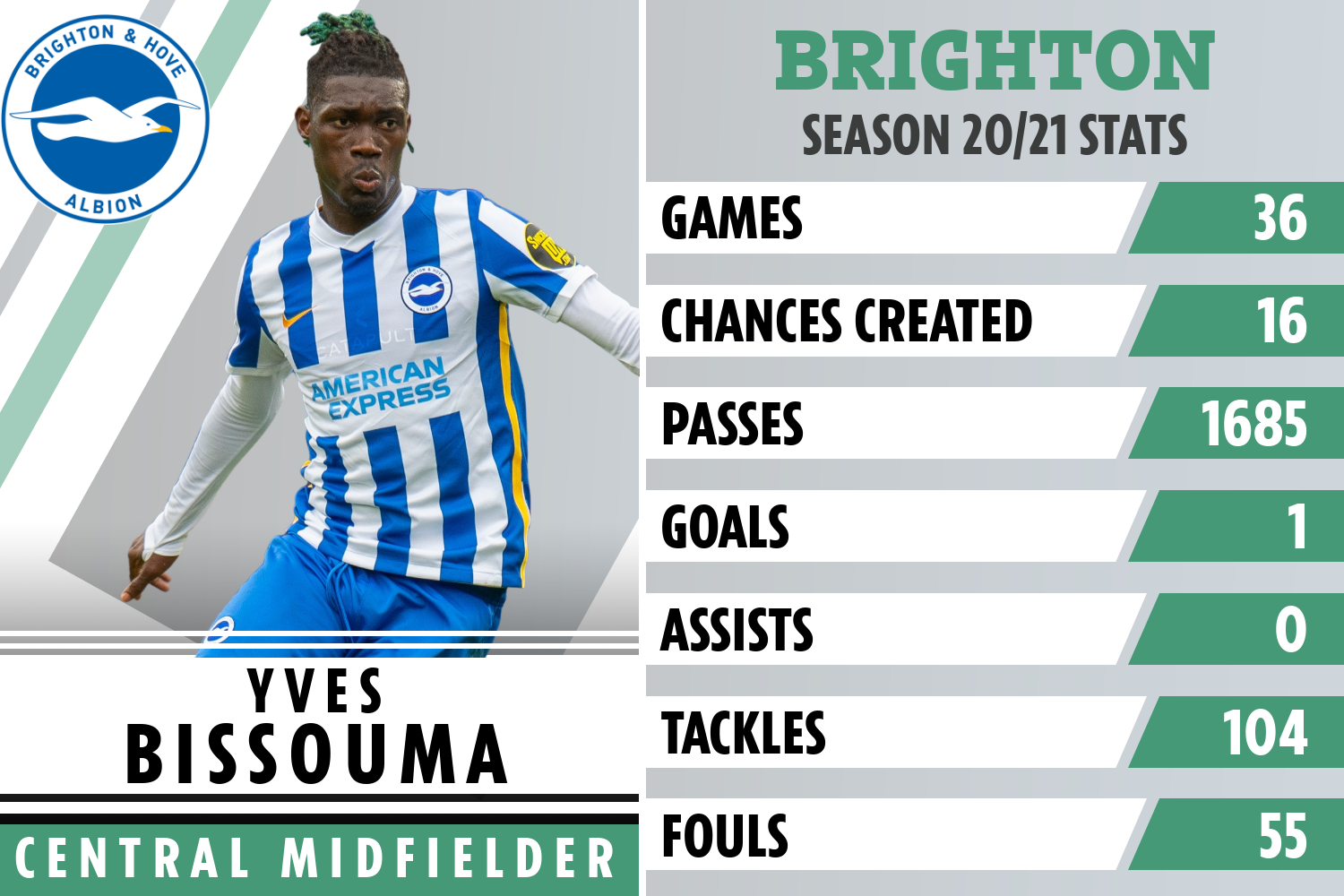 But his control, eye for a pass, and ability to carry the ball up the pitch are now top notch too. He also has a thunderous strike on him, as proven by wonderstrikes against Everton and Blackpool last term.

No wonder Potter says his potential is “scary”, because it is frightening just how good he can be if he continues on this trajectory.

All the big clubs have been looking at him for a while now and it was a surprise that none of them made an offer this summer.

A bid of £50million – the same figure that snared Ben White – would likely have been enough.

Albion did not need to sell but owner Tony Bloom has never stood in the way of a player’s desire to move to a bigger club, provided the offer is right.

Manchester United, Liverpool and Arsenal all would have made sense.

He could have played that holding role Ole Gunnar Solskjaer’s side seem to be crying out for.

He could have filled the void of Gini Wijnaldum at Anfield.

And he would have surely improved Mikel Arteta’s midfield.

Perhaps those clubs are banking on Bissouma not signing a new deal and with his current contract up at the end of next season, his valuation going down.

Either way, it seems a matter of time before the big-boys come calling for a player who seemingly has no deficiencies to his game.

Murray added: “Without doubt the vultures are circling. I think there will be more vultures added to that circle by the end of this season because he’s ever improving.

“I just expect that upward curve of momentum and improvement to continue for the rest of this season.

“I think we need to just enjoy him while he is a Brighton player.”

Bissouma may not be quite as good as he thinks he is just yet, but he is not far off.

'Derry Girls' to End With Season 3

Thug who ran over girlfriend, 24, TWICE fracturing her pelvis and ribs walks FREE as she says he should 'rot in jail'
World News