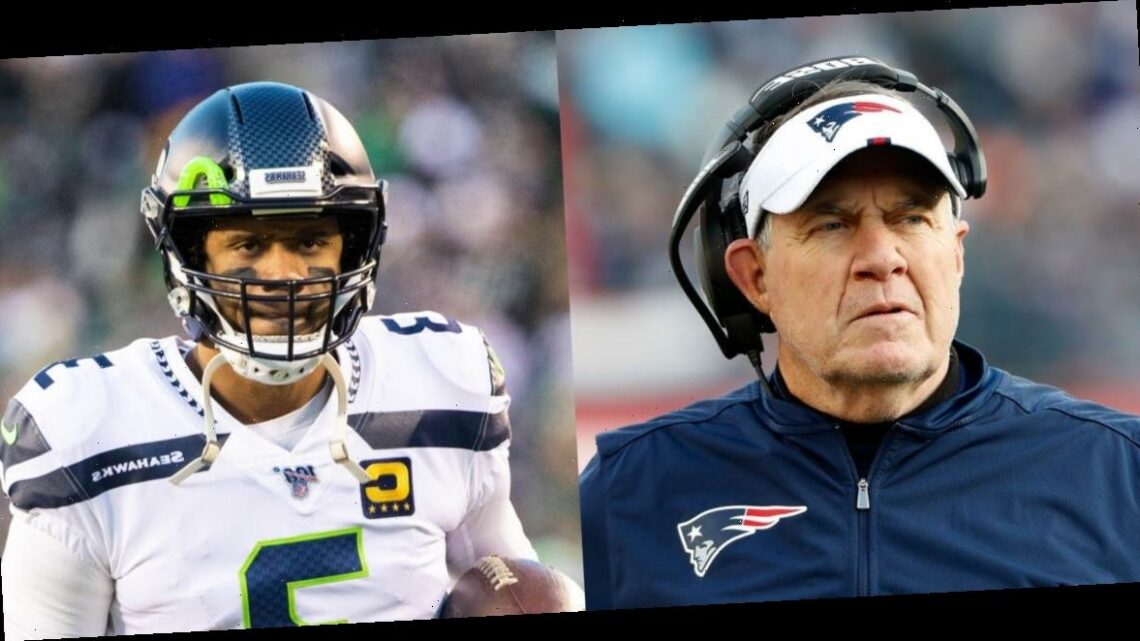 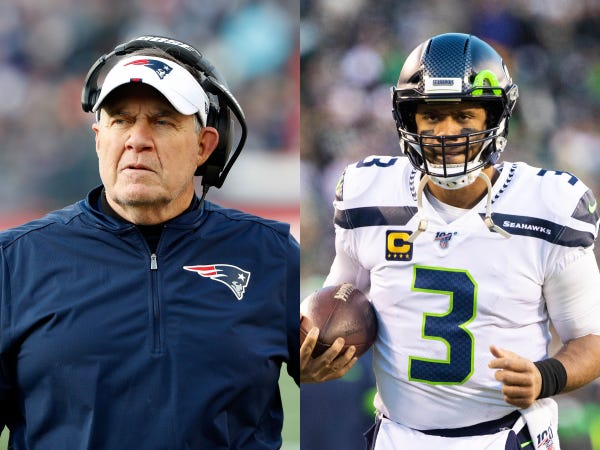 New England Patriots head coach had nothing but praise for Seattle Seahawks quarterback Russell Wilson ahead of their game on Sunday.

"Honestly, I think he's in a way underrated by the media or the fans. I don't know. But I don't really see anybody better than this player," Belichick said Thursday morning in a video conference with reporters. "This guy is a tremendous player."

Belichick cited Wilson's numbers and his inherent ability as a leader for the Seahawks.

"He can do everything. He's got obviously great leadership, playmaking skills. He plays very well in the most critical situations in the game. His decision-making, running, passing," Belichick said.

"His passing numbers are extraordinary. You can put him up against anybody since he's been in the league — literally anybody, in almost any category. His winning percentage is impressive. He's there for every game — never missed a game. He's got a great ability to do the right thing at the right time. He has tremendous vision, and sees the field extremely well.

"I don't think there's a better deep-ball passer in the league, in terms of decision-making and accuracy. He attacks literally every inch of the field."

Belichick is no stranger to offering praise to his coming opponents, but noting that Wilson is "underrated by the media" is a specific critique that offers a bit more insight than the Patriots head coach might usually let on, and he's got a point.

Now in his ninth year in NFL, Wilson has never had a losing season, and only failed to reach double-digit wins once. He's led the Seahawks to two Super Bowls, winning one of them and coming within a yard of winning another. He's been named to seven Pro Bowls. Since 2017, no quarterback in the NFL comes close to the 104 touchdown passes he's thrown.

But with all of the success Wilson has already had in his career, he has never received an MVP vote.

That could change this year. While the season is only one game old, Wilson opened the 2020 campaign with a doozy of a performance against the Falcons, completing 31 of his 35 passes for 322 yards, four touchdowns, and no interceptions.

On Sunday, it will be up to Belichick and the Patriots defense to stop him.

Elvis movie: Vernon and Gladys Presley RECAST after stars forced to drop out due to delay
World News