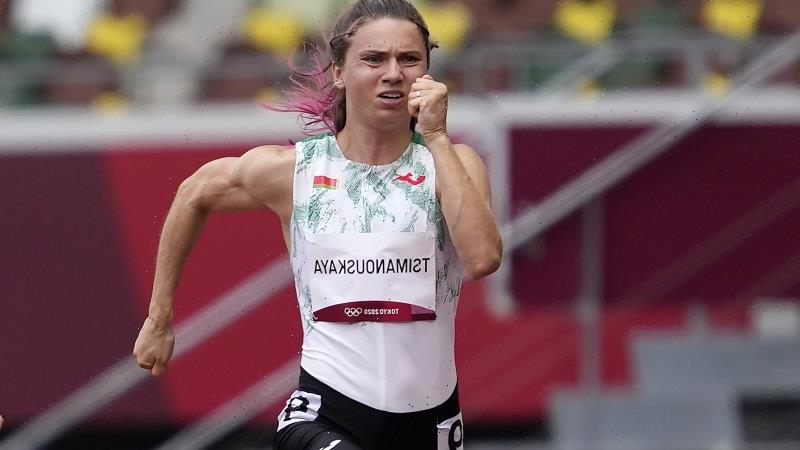 Belarusian Olympic sprinter Krystsina Tsimanouskaya turned up at the Polish Embassy in Tokyo on Sunday night – becoming the latest Olympic athlete to refuse to return to her country out of fear for her personal safety. She has since been offered a humanitarian visa by the government of President Andrzej Duda.

The Olympics have served as sites of protest, platforms to isolate discriminatory regimes and theatres for Cold War tensions. For some athletes and coaches, the Games have also offered avenues to defect. 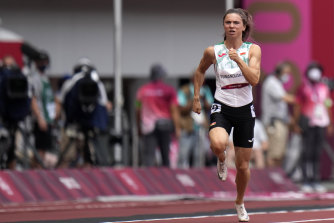 Running for a safer life: Krystsina Tsimanouskaya of Belarus.Credit:AP

Tsimanouskaya says Belarusian Olympic authorities tried to force her to fly back home after she criticised the country’s Olympic officials. She sought the protection of Japanese authorities at the Tokyo airport on Sunday night.

Poland has given the athlete a humanitarian visa, and she will fly to Warsaw on Wednesday to seek asylum, according to Alexander Opeikin, executive director of the Belarusian Sports Solidarity Foundation, a group that opposes the Belarusian government.

Marie Provaznikova coached the Czechoslovakia women’s gymnastics team to victory in the 1948 London Olympics. But the glimmer of a gold medal stoked little national pride in the then 57-year-old president of the International Gymnastic Federation.

The coach announced on August 18, 1948, that she intended to seek asylum in the United States. 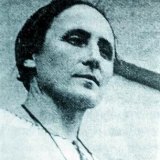 Marie Provaznikova defected while a coach of the Czechoslovak women’s gymnastics team at the 1948 London Olympics.Credit:Commons

Earlier that year, the Communist Party had taken control of Czechoslovakia with Soviet support. Shortly before the London Olympics, Provaznikova led 28,000 female gymnasts in a demonstration in Prague in support of former president Edvard Benes.

The Czechoslovak embassy said the Communist-led government in Prague had approved her decision to remain abroad, according to a New York Times article at the time. But Provaznikova said she was “a political refugee and proud of it”.

She became the first person to defect at the Olympics, at least in the modern era, and a tradition was born.

When Tsimanouskaya made clear her intention to seek asylum on Sunday, the Czech Republic offered to welcome her.

The 1956 Summer Olympics in Melbourne were held just weeks after Soviet tanks and troops crushed an uprising in Hungary. Thousands were killed and wounded, and hundreds of thousands fled the country.

The Hungarian Olympic team heard the news through the press after landing in Melbourne, according to the New Republic, and many resolved not to return to Hungary.

Tensions came to a head at the water polo semifinal between Hungary and the Soviet Union, which became known as the “Blood in the Water” episode. Fights broke out between players, and Hungarian water polo star Ervin Zador exited the pool with blood pouring from his head after a Soviet player hit him. 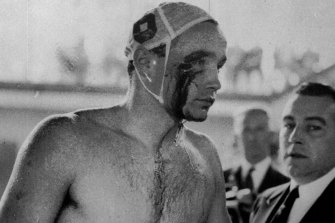 Ervin Zador leaves the pool with blood streaming from a cut on his face after being hit during the blood in the Water match.Credit:AP

Dozens of Hungarian athletes defected from the Games that year, most to the United States.

Some eventually returned home, according to Sports Illustrated, even donning the Hungarian uniform again at the Olympics. But many remained in their adopted country.

Zador found himself working as a lifeguard in Oakland, California, for $US6 an hour before eventually opening a restaurant and running a hotel. Despite the difficulties of adapting to life in a country where at first he didn’t speak the language, Zador said before his death in 2012 that “there hasn’t been a moment I’ve regretted it,” Sports Illustrated reported.

The wave of defections by athletes from the Soviet Union and allied states continued during the 1970s. More than 100 athletes may have defected at the Munich games in 1972, according to the Associated Press, though little is known about them and the exact number is still disputed.

“Defection in the Olympics during the Cold War was almost an unrecognised medal event,” Keys said. Soviet bloc officials often sent minders to prevent their athletes and coaches from stepping out of line, so defections usually required careful planning.

At the 1976 Summer Olympics in Montreal, at least four Romanians and one Russian sought asylum in Canada. 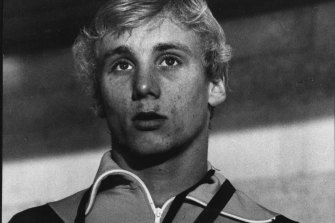 The Russian defector, Sergei Nemtsanov, was a 17-year-old diver when he disappeared from the Olympic Village during the Games. Soviet Olympic officials called it a “kidnapping” and part of an “anti-Soviet campaign” in Canada, according to news reports at the time. They threatened to withdraw from the final two days of the Games but ultimately decided to stay and compete.

For the diver, it seemed politics were not the primary factor at play: he reportedly defected out of love for the daughter of an American millionaire he had met at a diving meet in Florida the previous year.

Canada granted him a special visa allowing him to extend his stay. But a few weeks after his escape from the Olympic Village, Nemtsanov decided to return home.

In the run-up to the 2008 Olympics, after a 1-1 draw against the United States, seven members of the Cuban under-23 soccer team fled from a Tampa hotel during an Olympic qualifying tournament in March. Later that week, the Cuban team took to the field with only 10 players, ESPN reported. 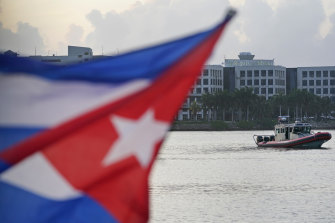 Cuban athletes have been defecting to the US for years. Seven soccer players fled a Beijing Olympics training camp in Florida to stay uin the US.Credit:AP

The players left the hotel, bought a mobile phone, contacted a lawyer and celebrated with a Cuban meal, the Miami Herald reported, according to ESPN. “We’re fine, calm, feeling hopeful about our new lives,” player Yenier Bermudez told the paper. “Of course, we’re nervous because we’re young, have no family here, and we don’t yet know the way of life here, but we hope the Cuban and American communities will help us get started.”

Luiz Muzzi, then-general manager of United Soccer League club Miami FC, told the Miami Herald that he watched the Cuba-US match on TV while “kind of scouting” – “because anytime a Cuban team comes to the United States, there’s a chance someone might defect,” he said.

Athlete defections from Cuba, not only during the Olympics, have been common since the 1959 Cuban revolution. According to DW, an estimated 90 Cuban baseball players have defected to the United States to play for Major League Baseball clubs.

Some of the soccer players who defected in 2008 – under the policy that allowed Cubans to obtain asylum upon reaching US soil – went on to play for other teams. Midfielder Yordany Alvarez played with the Austin Aztex, Orlando City and Real Salt Lake, according to his Major League Soccer profile.

Additionally, after Cuba dominated in boxing during the 2004 Athens Games, none of Cuba’s five boxing champs returned for the 2008 Games – three defected, and a fourth was removed from the team after attempting to flee. The last one retired.

In 2012, around a dozen African Olympians did not return to their home countries, suspected to have instead sought asylum in Britain.

Of Cameroon’s 37 competing athletes, seven went missing, some in the middle of the night from the Olympic Village – a women’s soccer team goalkeeper, a swimmer and five boxers. Four Congolese team members, including a technical athletic director and coach, also didn’t make it back to their home nation after the Olympics’ end. Several Sudanese runners also sought asylum in British police stations. 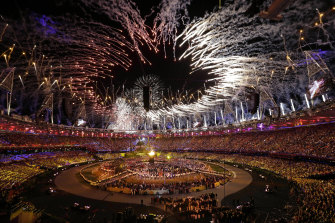 The Olympic cauldron is lit during the opening ceremony at the 2012 Summer Olympics. Dozens of athletes from several countries went missing during the London Games.Credit:AP

The man who carried the flag for Eritrea, steeplechaser Weynay Ghebresilasie, along with three others from the Eritrean delegation, also chose to defect, VOA News reported in 2012. The steeplechaser said that he felt conditions at home seemed to be getting worse, according to the news outlet.

Aka Amuam Joseph, a Cameroon Karate Federation member, told CNN: “Back home, they aren’t giving the proper training. They know if they are well trained, they could beat the person from another country […] It pains them to be here and see people beat them who they can beat if they are well taken care of.”

CNN reported that Cameroon’s boxing facility offered only one ring with a concrete floor. Its weight room offered “a limited selection and a peeling carpet.”

“I am positively convinced that if the government did more in this field, we would have little of this disturbance,” Joseph told CNN.

Sporting Life: At a skilful Games there is still room for spirit