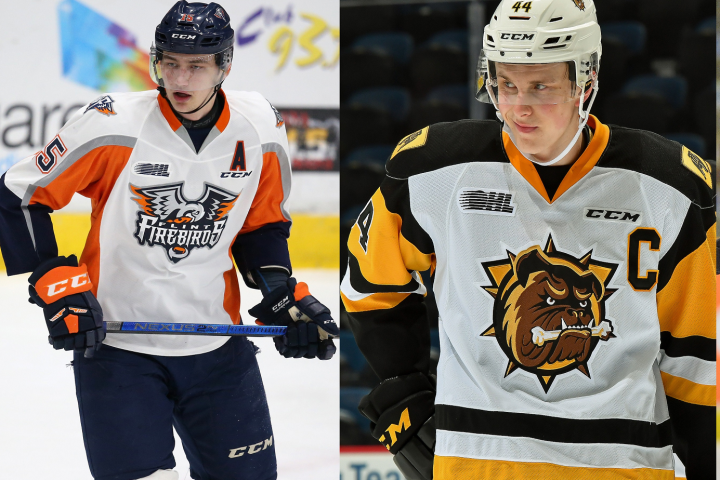 The Guelph Storm fell to the North Bay Battalion 5-2 on Sunday afternoon despite adding three key players to their roster.

Newly acquired forward MacKenzie Entwistle along with defencemen Fedor Gordeev and Markus Phillips were all in the lineup for Sunday’s tilt at the Sleeman Centre.

Their presence wasn’t enough as the Battalion jumped out to a 4-1 lead after Storm forward Zach Poirier opened the scoring in the first period.

Guelph’s game fell apart in the second with four straight goals from North Bay, including one by former Storm forward, Mason Primeau who ended up with the game-winner.

Isaac Ratcliffe scored the other goal for Guelph.

Anthony Popovich made 19 saves for Guelph, while Christian Propp made 46 saves at the other end.

Guelph sits in fourth place in the OHL’s western conference with 45 points.

The Storm return to action on Tuesday when they visit the London Knights for a 7 p.m. puck drop.

Larry Mellott will have the call live on 1460 CJOY.

Defenceman Dmitri Samorukov is expected to return to the lineup after winning a bronze medal with Russia at the 2019 World Junior Hockey Championship.