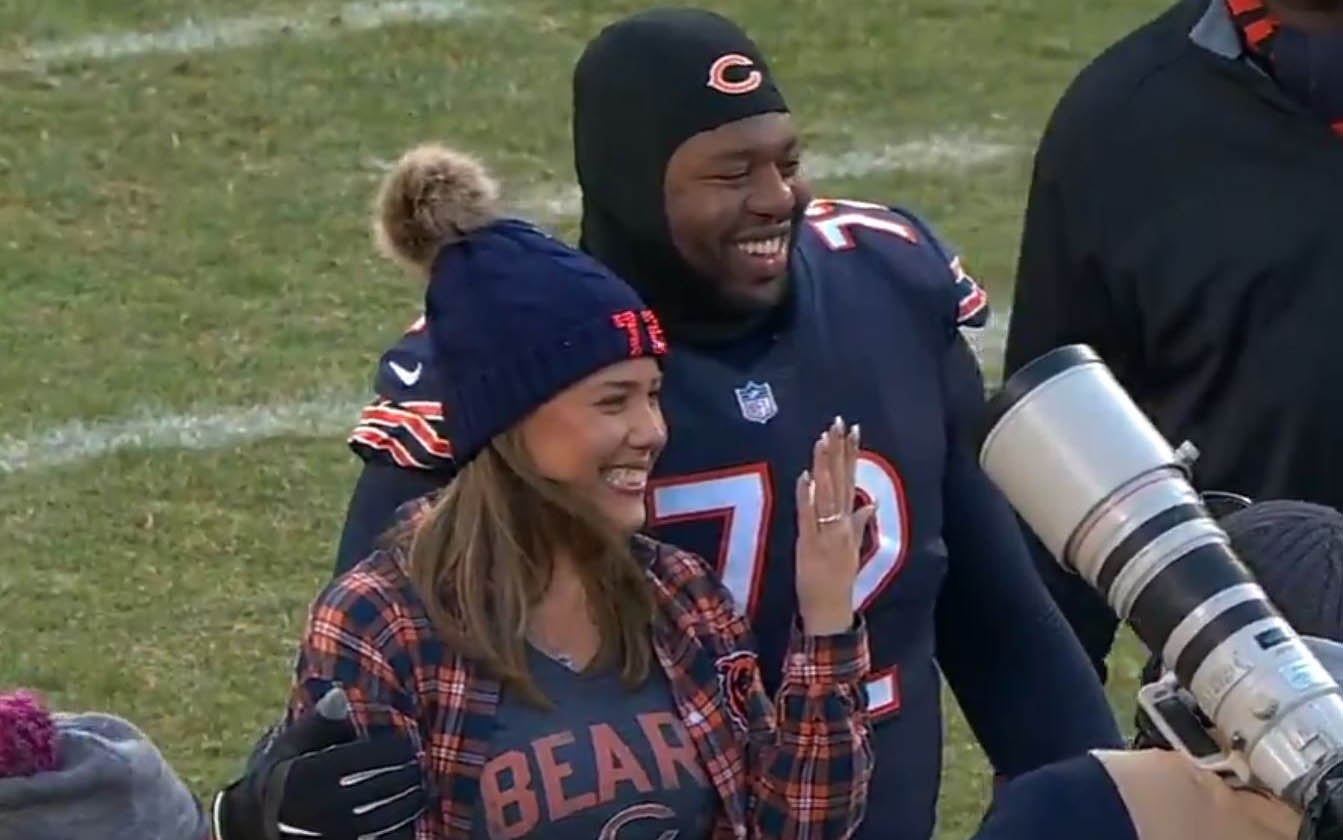 Chicago offensive lineman Charles Leno Jr. will get a chance to pursue a ring next month but his girlfriend got hers moments after the Bears clinched the NFC North.

After the Bears beat the Packers 24-17 to end an eight-year playoff drought, Leno brought his girlfriend to midfield and popped the question.

She said yes to the fifth-year pro from Boise State.

Celebs Fight Back on Social Media