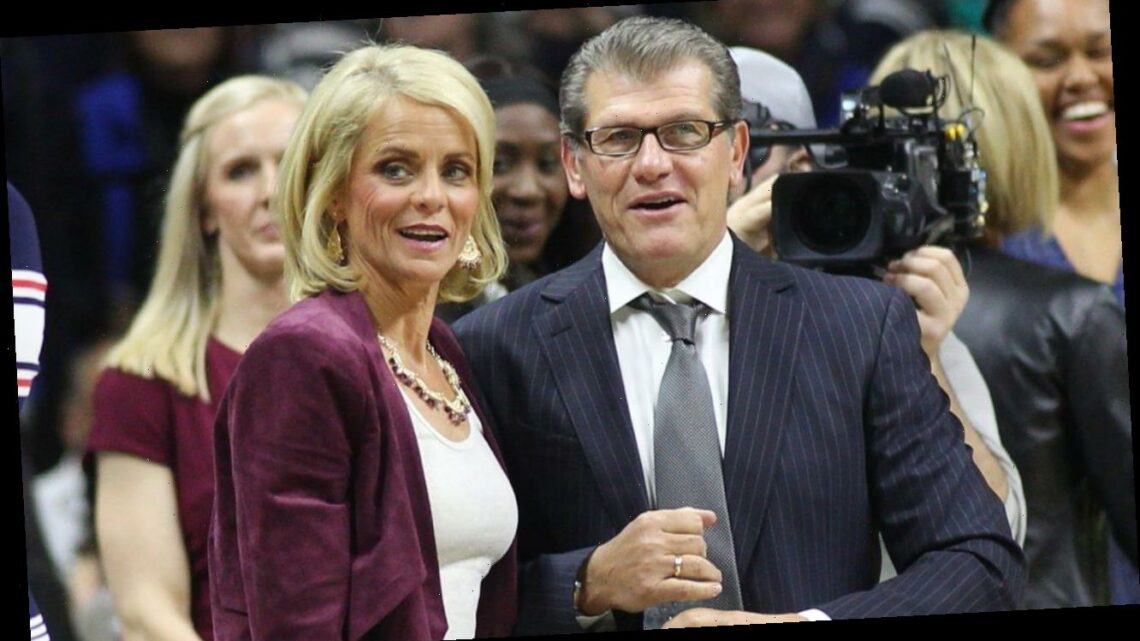 SAN ANTONIO — Their regular-season showdown in January was canceled because of a COVID-19 issue, but women’s basketball titans UConn and Baylor will meet in 2021 after all — in Monday’s NCAA tournament River Walk Regional final. And after her team survived a close call Saturday against No. 6 seed Michigan — 78-75 in overtime — Baylor coach Kim Mulkey said their Elite Eight game will match strength to strength.

“You’re looking at two programs that value defense,” Mulkey said. “I think Baylor and UConn are in the top three in the country in field goal percentage defense. Then you look at rebounding. That might explain to you why both programs are respected across the country.

“So, yeah, it could be an ugly game. When I say ugly, it could be low scoring, it could be some turnovers. Some people want to say boring. It may not be 80 and 90. I don’t know.”

Baylor went on a COVID-19 pause in January after Mulkey contracted the coronavirus, which is why Geno Auriemma’s Huskies and the Lady Bears didn’t meet then.

“It’s two programs that are very proud,” Mulkey said. “I’m certainly not going to outcoach Geno, so our players, they better compete and try to outplay his players.

“It is very difficult to sustain something that is an elite level. You see programs who are Cinderellas, they do this — up and down — then you see those that stay kind of in the middle, have good programs. We want to stay up here and we want to play for championships.”

The Lady Bears are the defending national champions, winning their third title in 2019. UConn has 11 NCAA titles, the most recent in 2016, and has reached 12 consecutive Final Fours. This will be the second time the teams have met in the NCAA tournament. It looked as if they would face off for the NCAA title in 2013, when Baylor was defending champion. But the Lady Bears were upset that year in the Sweet 16 by Louisville, and UConn won the first of four consecutive championships behind Breanna Stewart.

The series record is tied 4-4, with the first meeting coming in the 2010 NCAA tournament semifinals here at the Alamodome. UConn, then on its way to a second consecutive perfect season, won 70-50.

Since then, three UConn-Baylor games were decided by six points or fewer. Three others had 11-point margins. Last season’s 74-58 Baylor victory in Hartford, Connecticut, was close — 55-52 through three quarters — before the Lady Bears dominated the fourth quarter and outscored the Huskies 19-6.

After winning their first two NCAA tournament games this year by 49 and 42 points, Baylor had to sweat out the victory Saturday against a Michigan team making its first appearance in the Sweet 16.

“The deeper you go, the tougher the opponent and the tighter the games,” Mulkey said. “I guess you could say that we did enough on the offensive and defensive end to win the game in overtime.”

Baylor junior NaLyssa Smith, who tied an NCAA tournament field goal percentage record Saturday by going 11-for-11 on the way to 24 points, said of facing UConn: “Oh, we’re very excited. An opportunity to play a top team is what we thrive [on] the most.”

Scorpio weekly horoscope: What your star sign has in store for March 28 – April 3