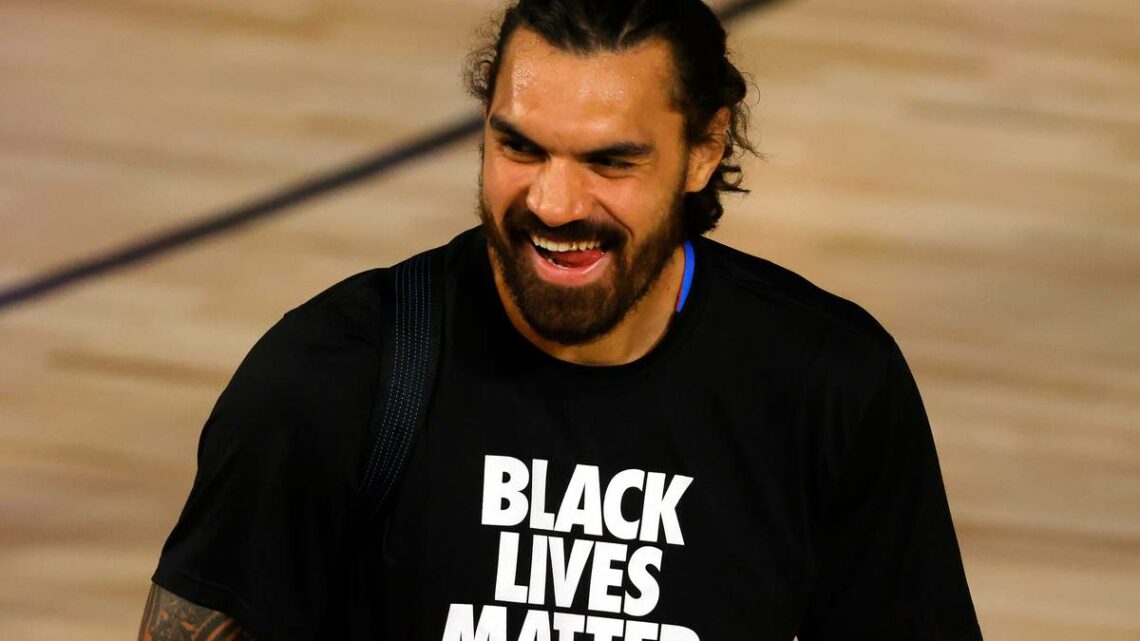 The Kiwi centre was traded from the Oklahoma City Thunder to the New Orleans Pelicans, and just yesterday reportedly signed a contract extension that will keep him at the Louisiana franchise until the end of the 2022-23 season, at the very least.

The Pelicans have an entertaining albeit short history in the league after their establishment in 2002 when then owner of the Charlotte Hornets relocated his team to the Big Easy.

In 17 years the Pelicans have garnered seven playoff appearances, making it as far as the Western Conference semifinals, with a number of big names scattered throughout.

The Pelicans haven’t always been called the Pelicans

One of the most unique team names in all of sports was only brought in prior to the 2013-14 NBA season.

Before that New Orleans went by the name commonly attached to a franchise based in Charlotte now – the Hornets. The Charlotte-based team moved over to Louisiana becoming the New Orleans Hornets. They held the name, logo, mascot and memorabilia until 2013 when the prospect of rebranding to the state’s bird was, apparently, more tantalising.

Meanwhile, in 2004 the Charlotte Bobcats entered the league taking over the vacant spot in the North Carolina city. When New Orleans became the Pelicans, Charlotte adopted the Hornets name, resurrecting the city’s long-time affiliation with the insect.

Adams is the second Kiwi to play in New Orleans

There have been three players (four if you count Australian Aron Baynes who was born in Gisborne) from New Zealand to make it to the NBA, so the likelihood two guys played for the same team feels relatively unlikely.

But the first Kiwi to set foot on NBA hardwoods, Sean Marks, spent two seasons with the Hornets from 2008 until 2010.

Marks made his NBA debut in 1998 with the Toronto Raptors after being drafted in the second round. He spent time with six different franchises before retiring in 2011. During his time in New Orleans, Marks was a handy role player off the bench, playing in 74 games and helping them to a playoff berth in 2009.

Marks is now the general manager of the Brooklyn Nets.

The franchise had a brief stint in Oklahoma City, Adams’ former home, as their base

One of the many things attributed to the city of New Orleans is the treacherous Hurricane Katrina that ravaged through the city in 2005. As a result of the damage caused, the franchise elected to play the majority of their home games in OKC for two seasons, before permanently moving back to New Orleans for the 2007-08 season.

The impact the team had on the city must have been huge, as one year later in 2008 the former Seattle Supersonics relocated to Oklahoma and rebranded to the Thunder, giving the city their biggest professional sports team.

The Pelicans have a new coach this season, who has NBA finals experience

Stan van Gundy was brought into the fold to replace five-year coach Alvin Gentry, who hadn’t done enough with a 30-42 record in the interrupted 2019-20 season to keep control of one of the more promising young teams in the league.

Van Gundy has the edge over his predecessor, having made the NBA playoffs eight times in his head coaching career, which began in 2003. In 2009 he took the Orlando Magic to the NBA finals, curating a playing style that was seen as borderline revolutionary at the time, with a versatile mix of size and shooting that is eerily similar to today’s game.

For the first time in a while, van Gundy will have a good selection of talent to work within New Orleans, something that was hard to come by with his last team, the Detroit Pistons.

Stan also has a brother, Jeff, who is a former NBA coach and a well-known commentator for ESPN.

They also have one of the NBA’s next big stars

20-year-old Zion Williamson was touted as the next big thing coming out of college and was a sensation in his lone season with Duke in NCAA division I basketball in 2018-19.

He was taken first in the 2019 NBA draft by the Pelicans, but missed the majority of last season with injuries. Once he took the court in late February he immediately made an impact and carried the team to an 11-9 record before the season was suspended.

His explosive mix of athleticism and power are exciting qualities to watch.

Gayle Benson is the Pelicans’ principal owner, a role she holds with the city’s NFL team the Saints as well. Benson took over the position after the passing of her husband Tom Benson in March 2018, who held the two jobs from 2012 to 2018 [Pelicans] and 1985 to 2018 [Saints].

In his time with the Saints, Tom Benson oversaw consistent playoff success in the 2000s and 2010s, including a Super Bowl title in the 44th edition.

Following his death, the Pelicans experienced a minor blip in fortunes. The team couldn’t back up a surprising NBA playoff run in 2018, falling to a 33-49 record the next season. To top it off they had to endure the trade request from former star Anthony Davis, who they eventually dealt to the Los Angeles Lakers.

PROF BRENDAN WREN: There is nothing to fear from the Covid vaccine