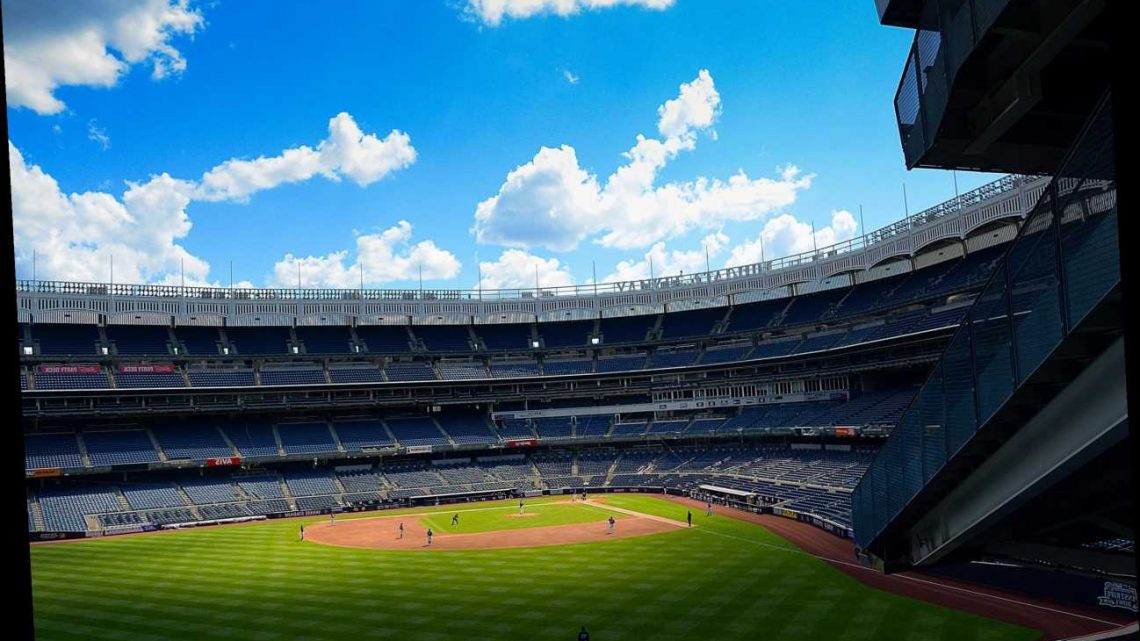 Surely, they will go for the usual rhythms of game-day normalcy. In The Bronx, the grounds crew will no doubt drag the infield while the Village People extol the virtues of the YMCA and getting yourself clean, having a good meal. Around the eighth inning, a twangy voice will ask: “Where did you come from, where did you go? Where did you come from Cotton-Eye Joe?”

And at the end, of course, Sinatra will start spreadin’ the news.

In Queens? There’s less tradition behind the game-day menu, but we will assume that at some point during the seventh-inning stretch we’ll hear an Italian crooner go on about Lazy Mary (“C’e ’na luna mezz’u mare/There is a moon in the sea …”) and an inning later there’ll be a rousing version of “Piano Man” (although that’s become a tad less fun than it used to be when everyone sang, “… and the manager gives me a smile …” and Terry Collins’ beaming face would appear on the video board).

Wait. Back up a couple of words …

That’s one of the reasons these game-day rituals don’t change much, because EVERYONE likes to belt out “New York, New York,” and because it has been scientifically proven that even human beings who are not fans of Billy Joel’s music are physically incapable of not wailing, “It’s nine o’clock on a Saturdaaaaaay …!” It’s an involuntary thing, not unlike blinking and breathing. It’s law.

But can you have a singalong if … well, there’s nobody to sing along?

And that’s just one of the eerie things that will face the Mets and Yankees, who will each play 30 games across 67 days inside their ultra-friendly home stadiums but will be missing one key element.

Actually make that 47,309 elements in The Bronx.

Those are the number of seats in each ballpark. In a good year — and most folks on both sides of the divide believed both teams were heading for good years in 2020 before COVID-19 became a part of our vocabulary — you would be looking at close to 6 million to 6.5 million people crowding those seats over the course of 162 games in New York City. There were some years, in older, bigger parks, where that number once approached 8 million.

And one thing about New York baseball fans: They are not bashful. They come to the ballparks wanting to cheer themselves hoarse but, if necessary, as warranted, they will happily alter the plan to booing and screaming themselves into a phlegmy spasm of laryngitis. They don’t sit passively. You KNOW that they’re there.

Only they won’t be there.

There is the occasional optimistic word that maybe later in the season a few thousand lucky (and brave) fans might be allowed inside but, as with the very reality of starting and completing the season, that is so far down the road it’s hard to think about. For now, the assumption is this:

Besides the approving roars of teammates, and mascots (which gives the Mets one more potential live fan than the Yankees) and the quiet watchful eyes of scouts (if they are allowed in) and sportswriters (who take vows of silence during games even in normal times) there’ll be …

Well, there’ll be walk-up music. There’ll be crowd noise, at least that seems to be a plan, until either home team decides that it’s not only ridiculous but unhelpful. At Citi Field, there will be the overhead symphony of airplanes arriving and departing LaGuardia, and that’s normally a hazard of playing there and now might well be a welcome slice of normal.

And look: Both new ballparks have been criticized for not being what their predecessors were. The old Yankee Stadium used to be an acoustic masterpiece, walls of sound that could last, unabated, for three solid hours and spook even the most sanguine foe. And Shea used to get so wobbly during big moments there were times the mezzanine or the grandstand seemed certain to come down.

Still: We have been bombarded with televised memories the last four months so we know perfectly well what a house of horrors Citi Field was in 2015 for the Nats, Dodgers and Cubs (the Royals, clearly, were comprised of cyborgs). We have seen enough Yankee moments at the new joint — Game 6 of the ’09 World Series, Derek Jeter’s 3,000th hit, Mariano Rivera’s farewell, Jeter’s one-for-the-road final at-bat — to attest that if the new places don’t necessarily make your ears bleed, it’s still hard to hear your soft-talking spouse for a day or two afterward.

Everything right now is an adjustment. Everything is adaptation. There are a lot of nights every summer when those of us in the press box will say, “I can’t hear myself think.” Not this time. Not this summer. Given the choice?

We’d opt for ear plugs. A hundred times out of a hundred.