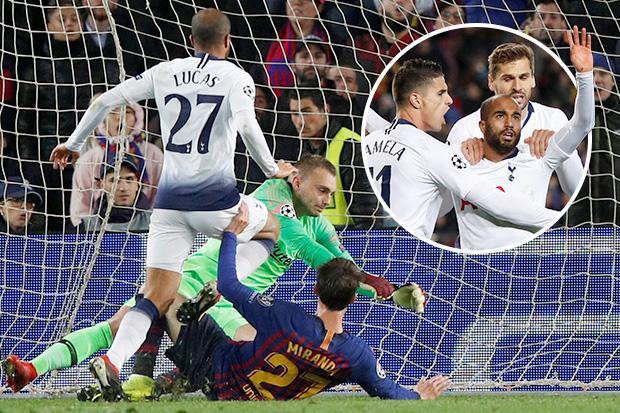 Lucas Moura came off the bench to score an 85th minute equaliser to send Spurs through to the next round of the Champions League. 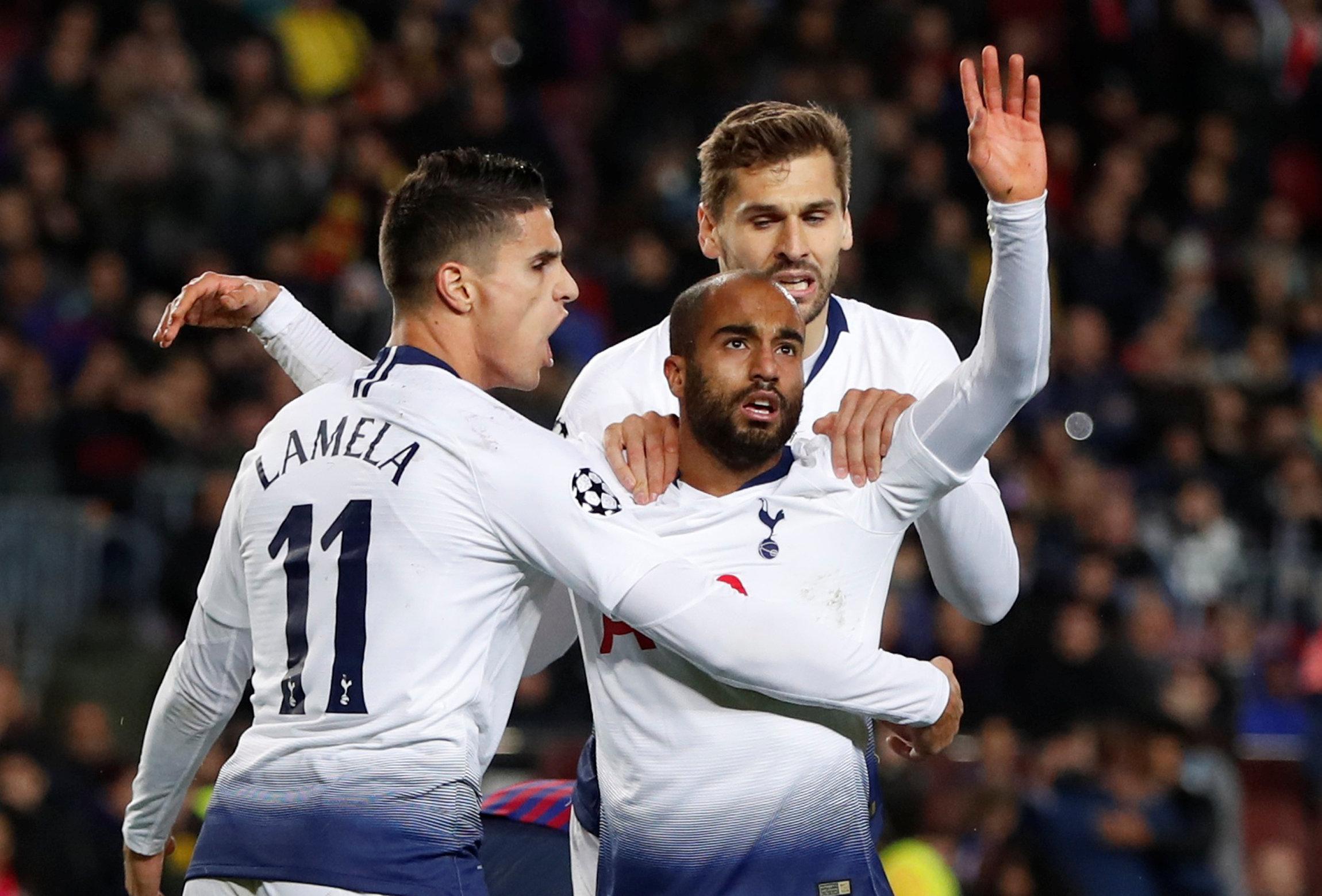 Tottenham had to match Inter Milan’s result at home to PSV Eindhoven to book their place in the KO phase.

For long periods, the North Londoners, despite trailing 1-0 to Ousmane Dembele’s stunning seventh minute strike, looked like they were going through as PSV lead 1-0 at the San Siro.

But Mauro Icardi’s equaliser for Inter left Spurs staring the Europa League in the face – until Moura slammed home Harry Kane’s cross here to make it 1-1.

It capped a dramatic night where two matches 600 miles apart were almost played as one. 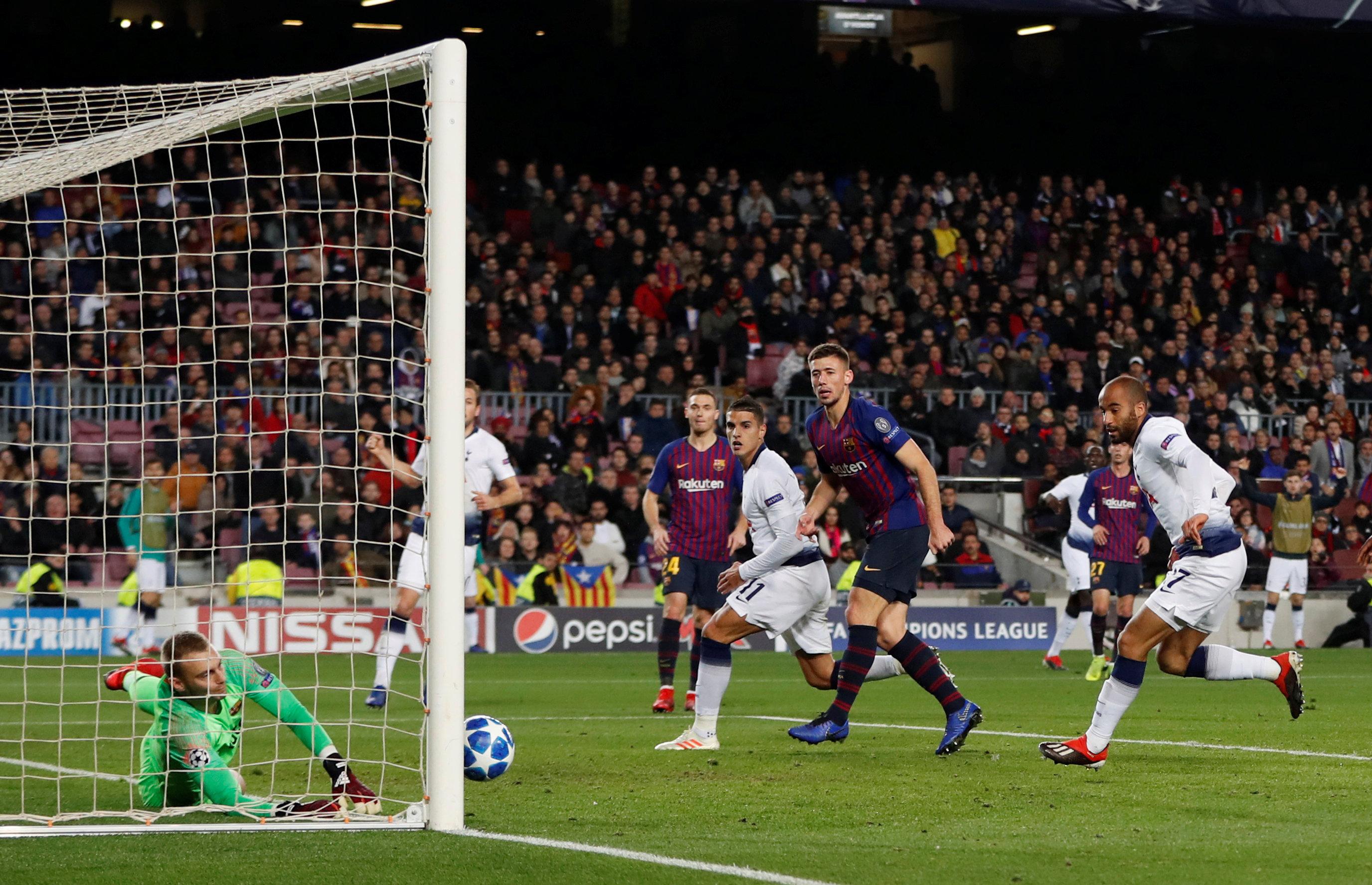 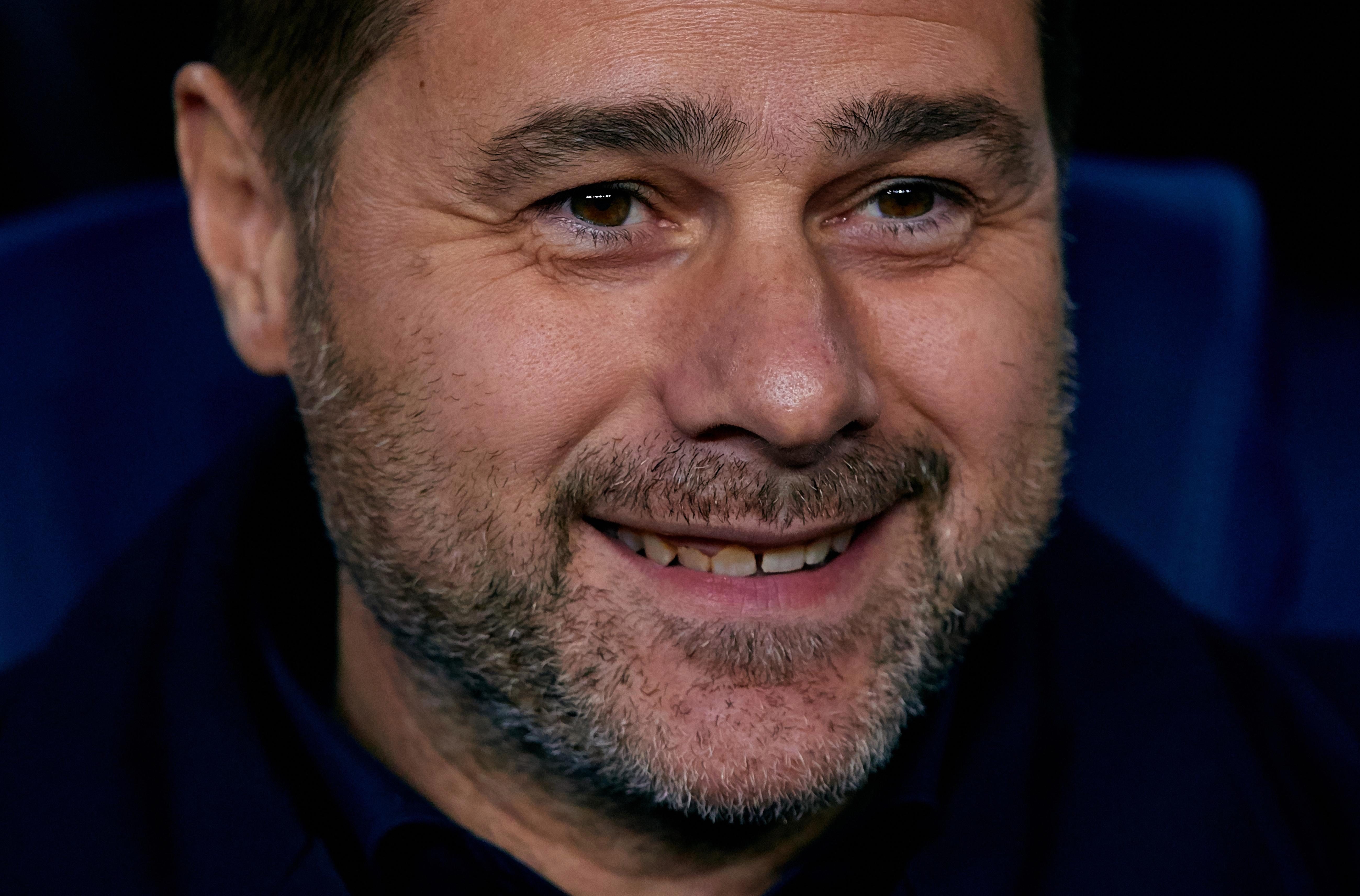 Tottenham received a boost one hour and 13 minutes before kick-off when team-sheets were handed in and Barcelona’s starting XI did not include Messi’s name.

Those of Gerald Pique, Sergio Busquets and Jordi Alba – as well as the injured Luis Suarez – were also absent as Barca boss Ernesto Valverde made EIGHT changes to his team that won 4-0 at city neighbours Espanyol in their derby on Saturday.

With an average age of 25 years and 17 days it was their youngest starting line-up for a Champions League clash since they faced Bayer Leverkusen in December 2015. 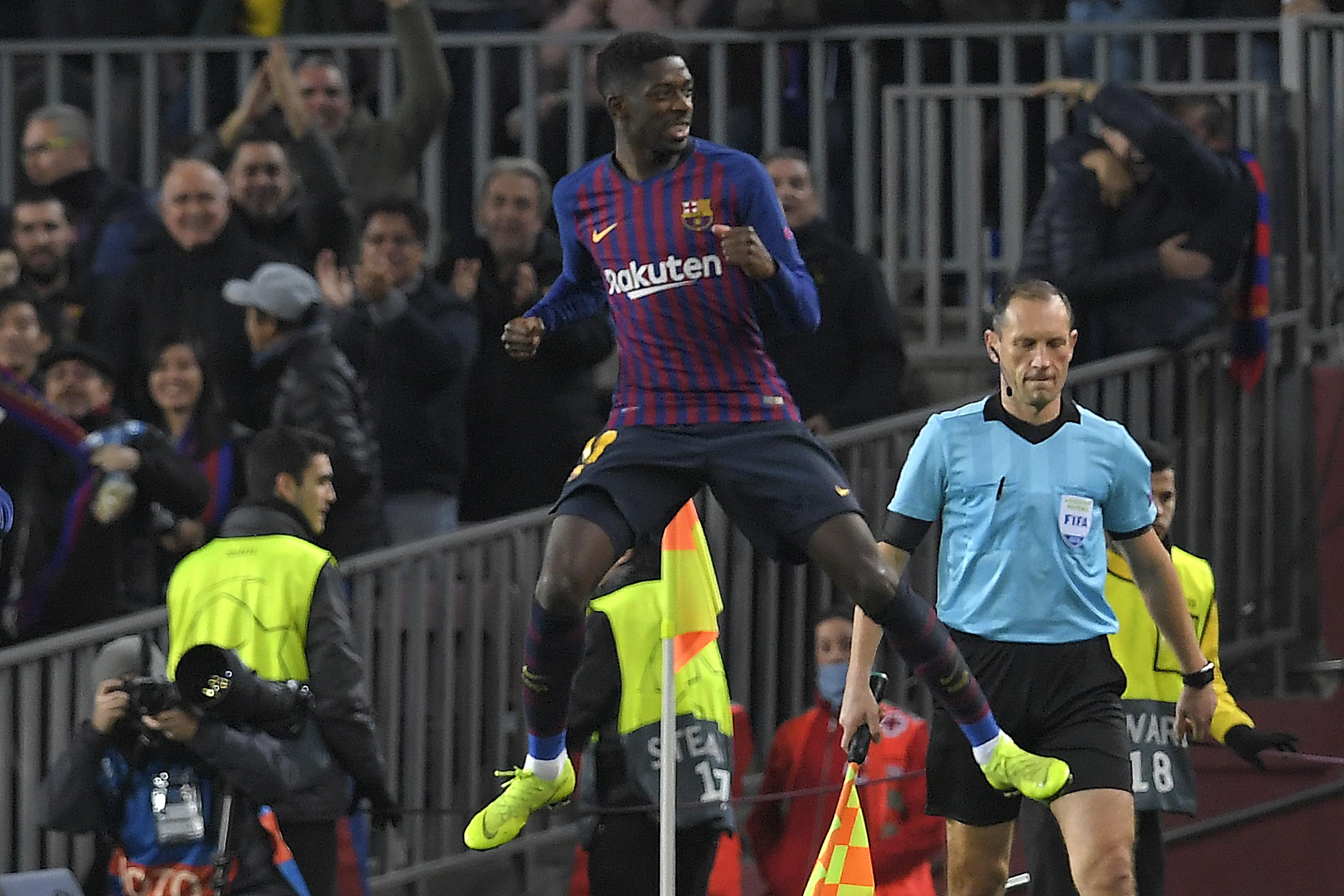 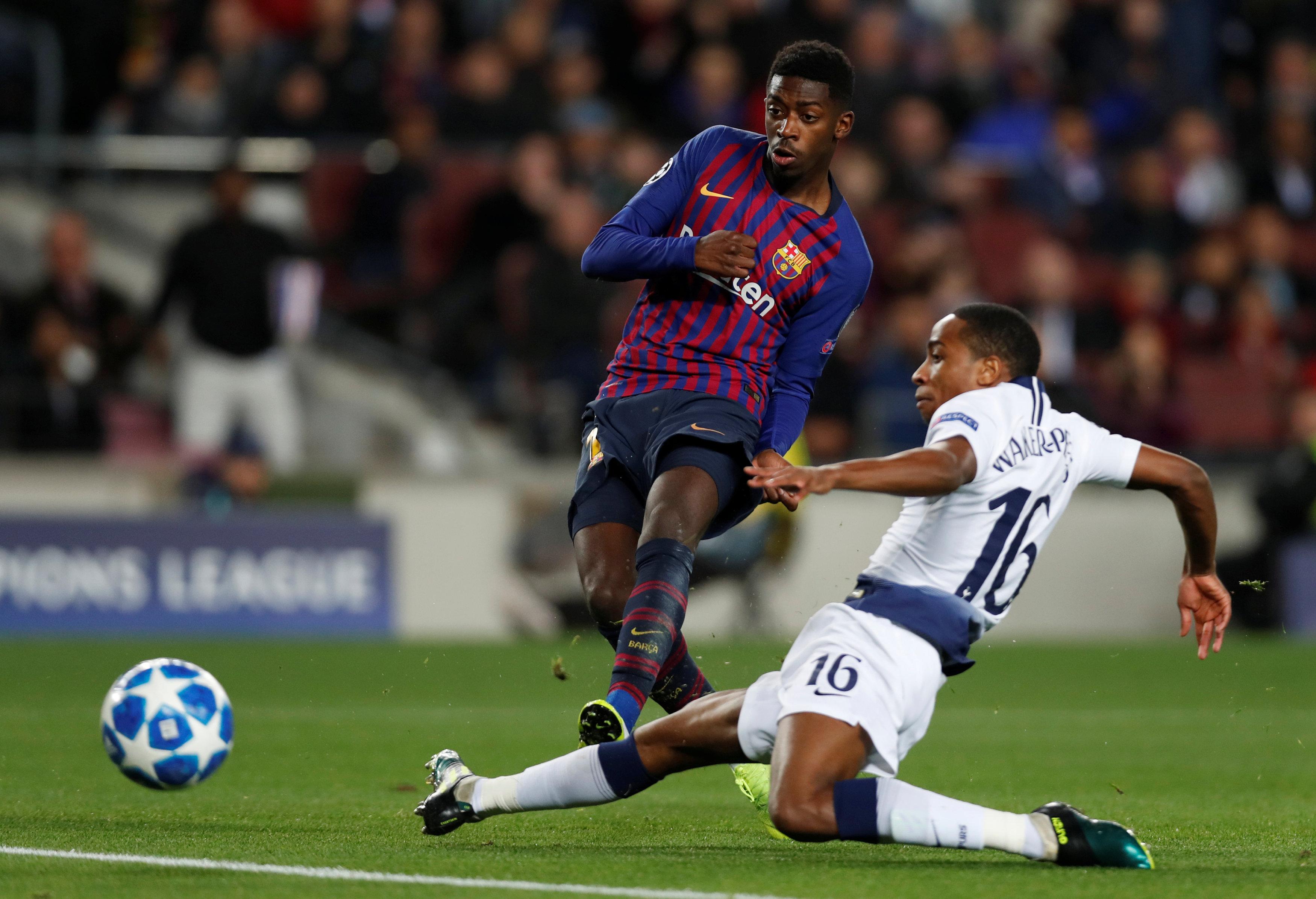 If you listened hard enough you could have just heard the gnashing of teeth and profanities coming out of the home dressing room at the San Siro.

However, Valverde was not exactly playing the stiffs with two of their front three – Philippe Coutinho and Dembele – costing a combined total of around £270million.

Pochettino made four changes to his team after their 2-0 win at Leicester on Saturday with Harry Kane and Christian Eriksen coming back in.

The other two changes were at full-back with Danny Rose returning on the left for Ben Davies and rookie Kyle Walker-Peters, without a Prem start this term, playing on the right because of injuries to Kieran Trippier. 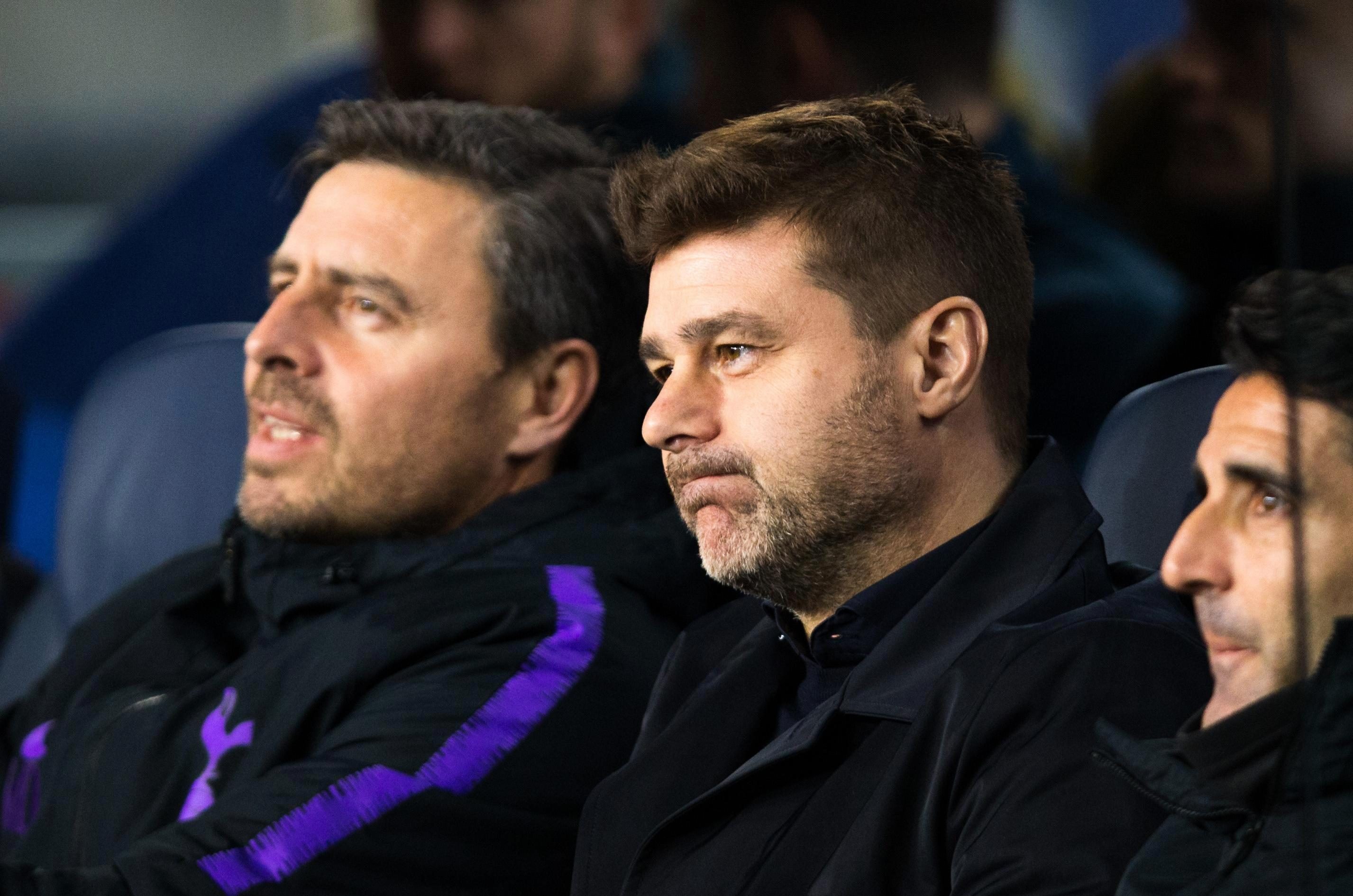 Pochettino had said in his pre-match Press conference he had no fears about starting the England U-21 defender.

But KWP made the worst possible start as it was his slip which led to Dembele giving Barca the lead with a stunning solo goal.

Walker-Peters got his feet in a right old tangle as a Barca clearance from a Spurs free kick into the boix bounced towards him near the halfway line.

This allowed Dembele to nick the ball from under the defender’s grasp and hare towards goal with his opponent trailing in his wake. 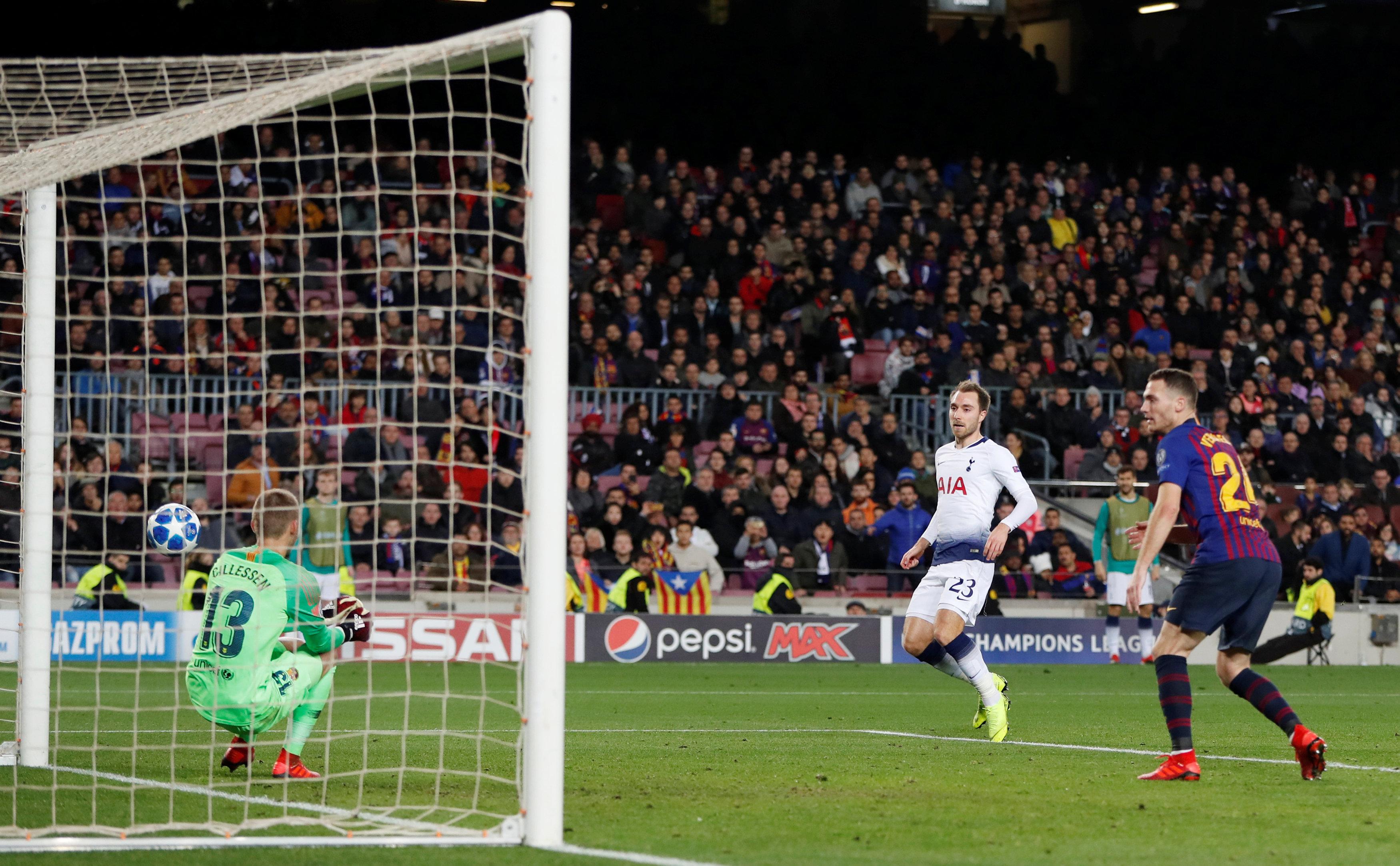 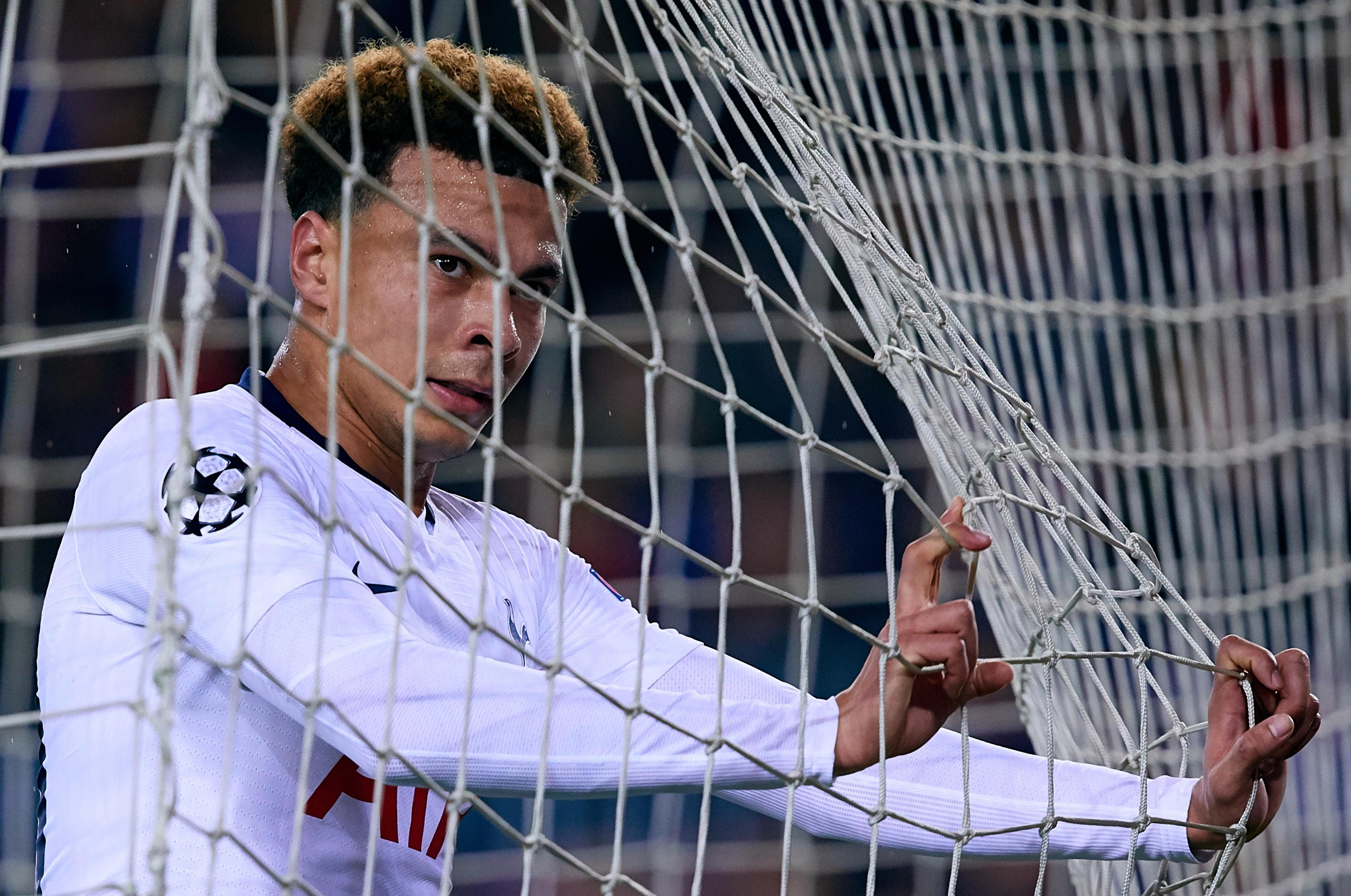 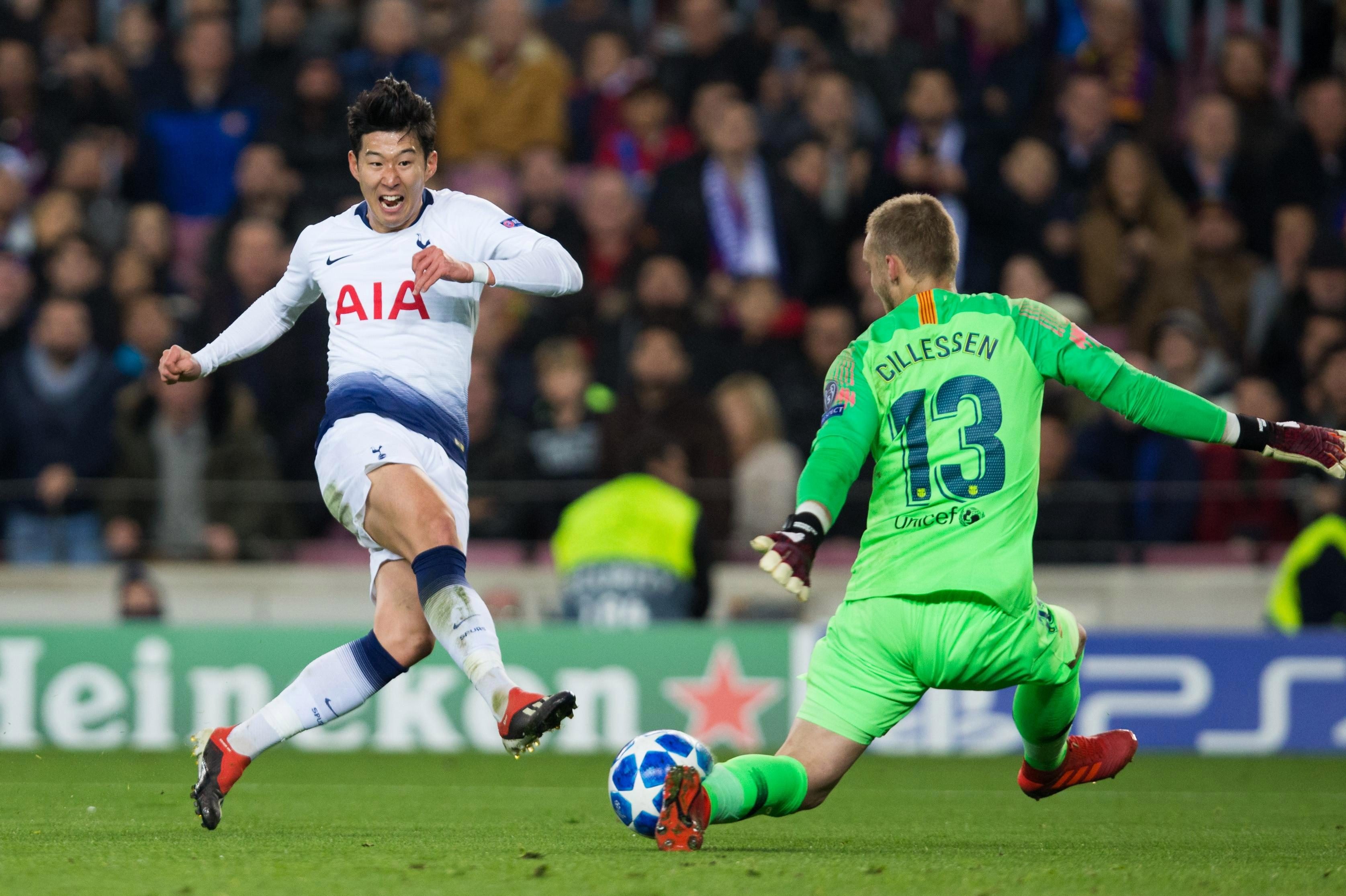 As the Frenchman burst into the box he still showed enough poise to sidestep Harry Winks’ rash sliding challenge before steering a shot beyond Hugo Lloris – much to the frustration of Walker-Peters, whose last-ditch attempt to block the ball was in vain.

Dembele celebrated with delight – knowing his goal bonus would at least offset the fine of two weeks wages – around £210,000 – he received from his club for turning up to training on Sunday TWO HOURS LATE.

He certainly arrived right on time last night, much to Tottenham’s despair.

Walker-Peters was not the only Spurs player struggling to keep his feet as Winks, Moussa Sissoko and 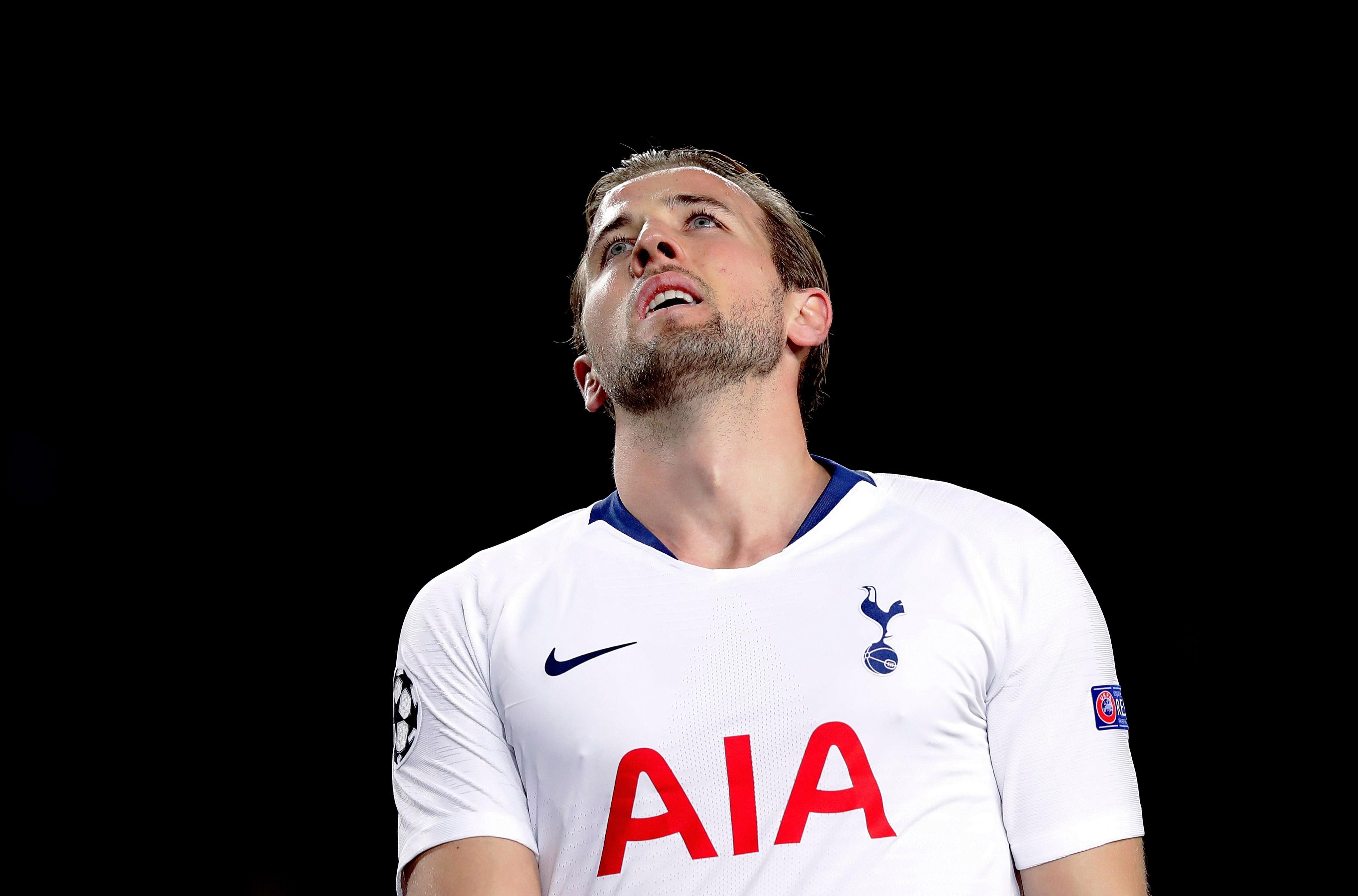 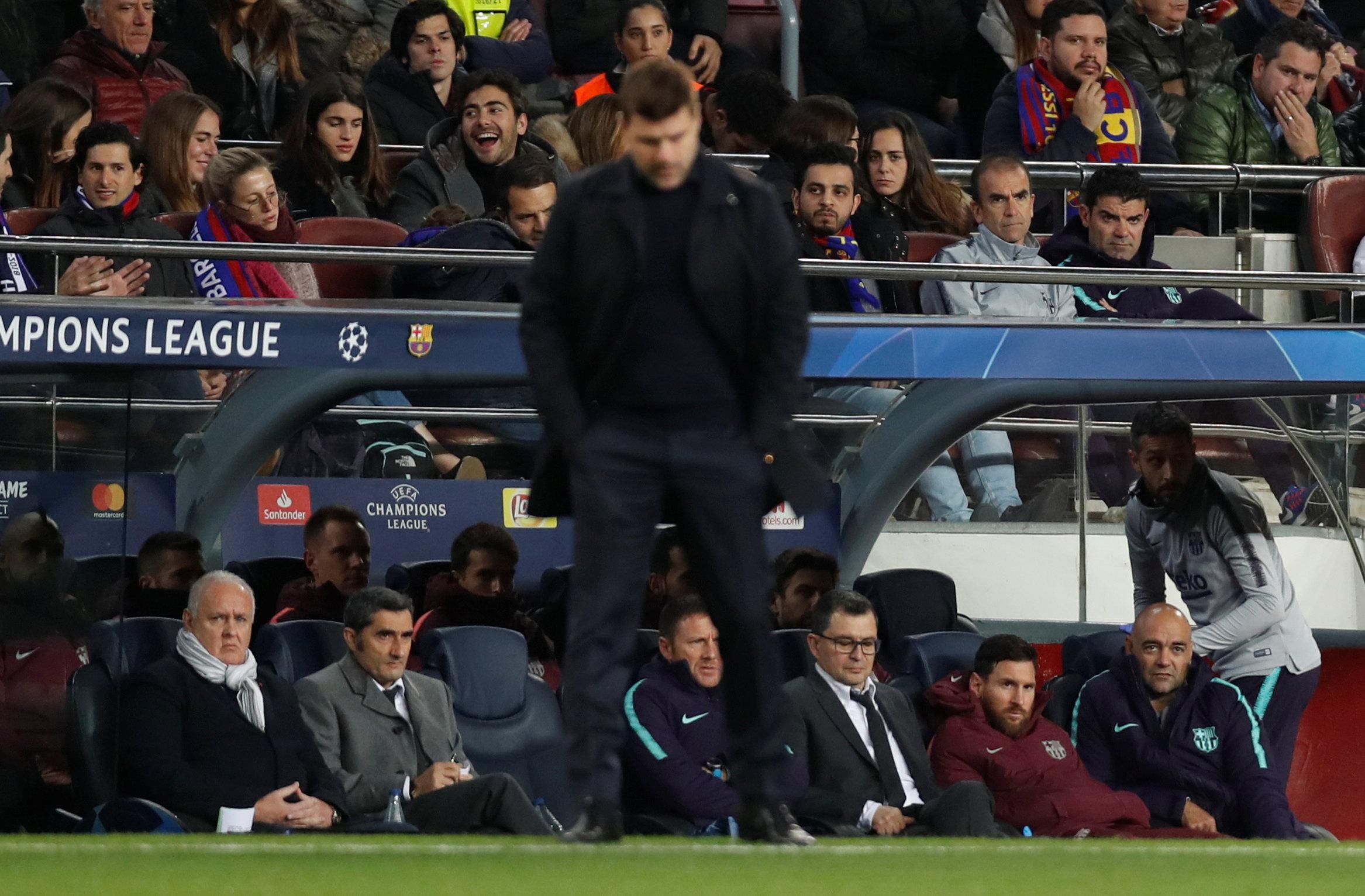 Barcelona may have rested several of their top stars but their passing was still top notch especially in the first 30 minutes when Spurs could hardly get near them.

Fortunately for the North Londoners they were not the only ones slipping up on such a crucial night.

Just before 8.15pm came the news Tottenham had been hoping for and now needed – PSV Eindhoven had taken the lead in the San Siro through Hirving Lozano.

Spurs, despite struggling to keep their feet, slowly began to get a foothold in the game with Rose’s 30th minute cross from the left just too far ahead of Son Heung-min in the box for him to divert towards goal. 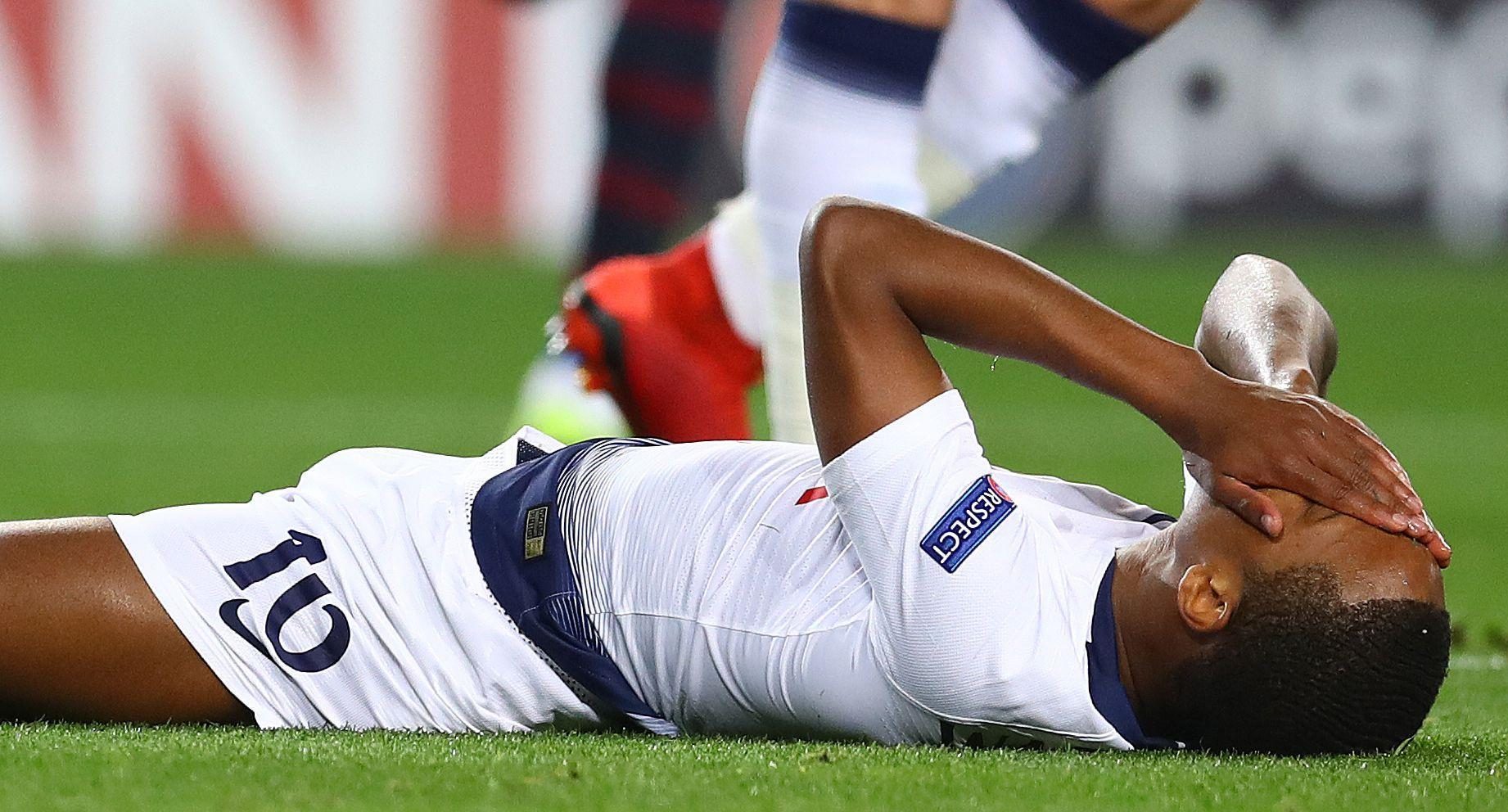 The South Korean was unlucky there but would feel he should have scored with his next chance two minutes later when his pace saw him beat former Arsenal Thomas Vermaelen to Eriksen’s through ball, leaving him one-on-one with keeper Jasper Cillessen.

But the Dutchman managed to spread himself to block Son’s shot.

There was still time before the break for Barca to send out another reminder to Spurs as Coutinho effortlessly skipped away from Winks before guiding a low shot against the outside of the post.

Valverde, perhaps sensing a second half onslaught from Spurs, took off Ivan Rakitic and replaced him with Sergio Busquets. 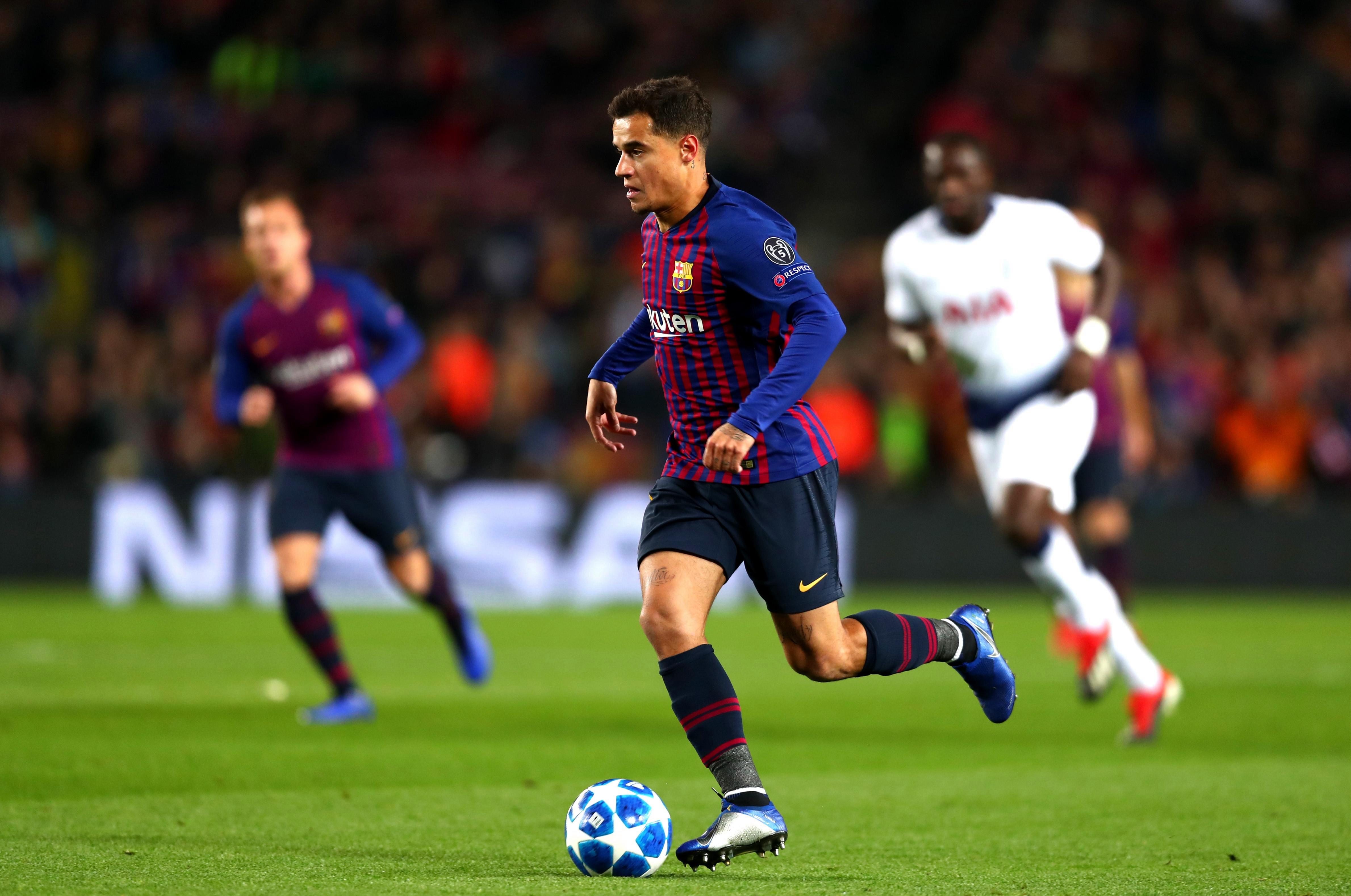 And the Barca boss was right as within minutes of the restart his keeper Cillessen was scrambling across his line to his right to tip Eriksen’s shot away for a corner.

Tottenham then should have had a penalty as Kane was clearly pushed in back by Clement Lenglet causing him to blaze his shot over the bar after his run in on goal.

As Serbian ref Milorad Mazic awarded a goal kick, the England skipper asked him: “Did you not see that push?"

Son then saw his shot on goal well saved by Cillessen. 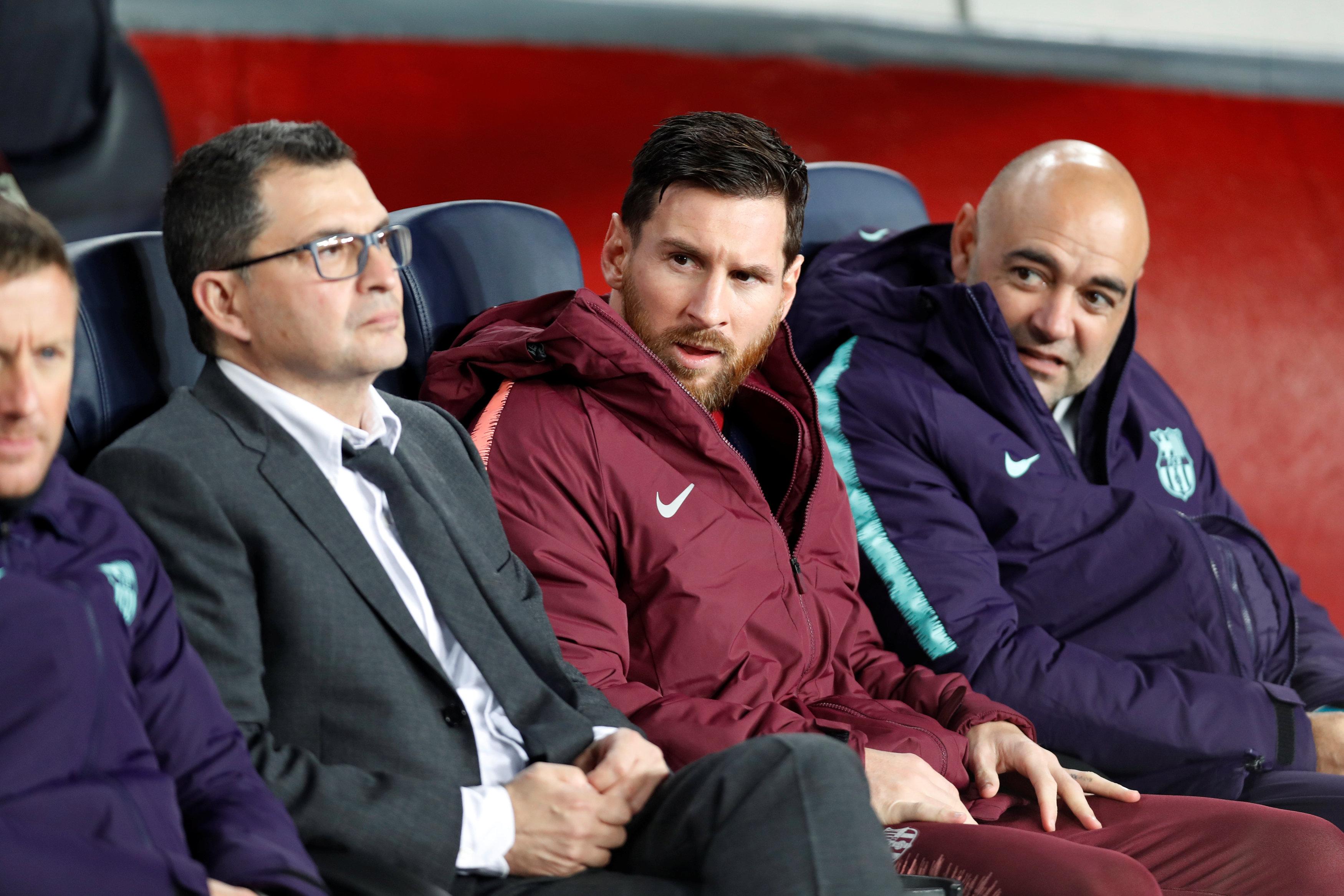 With his side on the front foot, Pochettino took off Walker-Peters – who had admirably recovered his game and his head after his costly blunder – and sent on Erik Lamela in the 61st minute.

The cheers were decidedly louder when his fellow Argentinian Messi entered the fray for Barcelona in place of Munir two minutes later.

Pochettino then sent on Lucas Moura for Son.

With the word from the San Siro that Inter were throwing the kitchen sink at PSV you wondered whether Tottenham could get through without scoring.

And the answer was soon given as news came through of Icardi’s equaliser against PSV.

But the night was not over yet at Moura, having just seen Cillessen brilliantly save his header, fired home Kane’s cross from six yards.