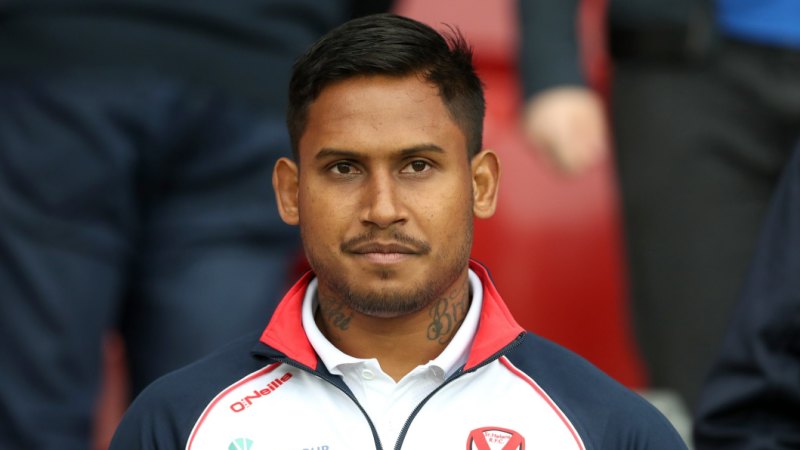 Barba shut out by rugby as NRL formalises life ban

Ben Barba will be forced overseas if he is to resurrect his tarnished career once more after Rugby Australia chief executive Raelene Castle confirmed any ban enforced by the NRL would be honoured by the 15 man game.

The NRL is on Tuesday expected to announce its official position on Barba after integrity unit chief Karyn Murphy completed her investigation in Townsville on Monday. 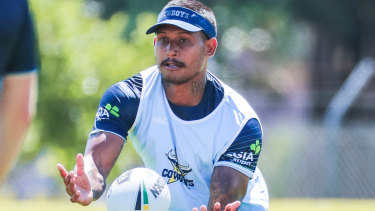 Sacked: Ben Barba has had his contract torn up by the Cowboys.Credit:AAP

Murphy caught the first flight north after news of Barba's latest off field incident broke on Friday and immediately sought the CCTV footage which allegedly shows Barba assaulting his partner Ainslie Currie at a Townsville casino on Australia Day.

The Herald understands Murphy has now seen the vision, wrapped up her investigation and spent Monday afternoon trying to catch a flight back to Sydney amid serious floods in Townsville which have sent the city into lockdown.

An announcement is subsequently set to be made by the NRL regarding Barba's future, or lack thereof, in the code on Tusday.

Sacked by the Cowboys on Friday night, he is expected to be barred from registration for life, as NRL CEO Todd Greenberg forecast on Sunday before Murphy had seen the footage.

"If you're violent against a woman you can expect to be removed from the game. It starts now," Greenberg said.

"I haven't seen the footage as yet, but if it shows violence towards a woman then really there's no debate. Ben Barba will be out of the NRL immediately and I can't see him ever returning."

Barba's NRL career is almost certainly over and there will be no lifeline at an Australian rugby club, Castle advocating a no tolerance domestic violence policy across all football codes.

"In relation to players who have received bans from one sport, there is an etiquette agreement that you can't then just go from rugby league to rugby union and play the next week," Castle said. 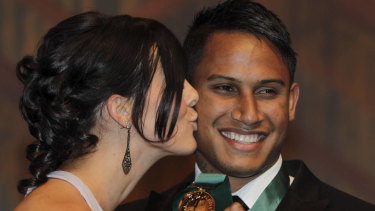 "I would expect anything in relation to a situation like that, that would stand, because when you're talking about issues at that level, we need to make sure the codes are supporting each other on that."

Castle's stance leaves Barba with very few – if any – options if he is to press on.

His first port of call would have been the Super League – where he starred for St Helens and earned his chance with the Cowboys – but the English RFL has since supported the NRL's stance on the matter.

"We will always uphold any ban imposed by the NRL under a reciprocal agreement between RFL and the NRL," an RFL statement read.

"Independent to that arrangement, the RFL board has the right to refuse registration to any player – and would also consult with the Super League in that process.

"We are bound to follow that process – but if the facts of this case turn out to be as reported, the RFL would condemn them as deplorable."

An overseas rugby club may be Barba's only hope.

He did play a handful of games for Toulon in 2017 before signing with St Helens and it's understood RA would not be able to block a move back to France.