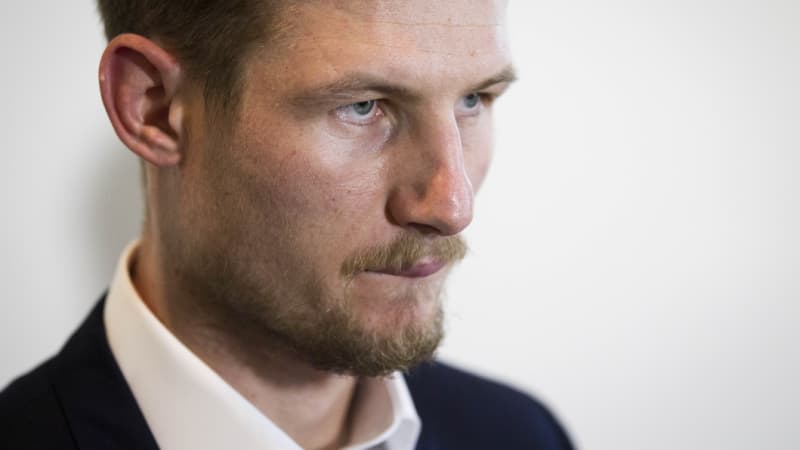 Suspended opener Cameron Bancroft was briefly reunited with the Australian team as Marcus Harris aims to bed down the position he claimed from his close friend.

Bancroft caught up with captain Tim Paine, the pair chatting for several minutes as Australia trained at the WACA two days out from the second Test against India at Optus Stadium. 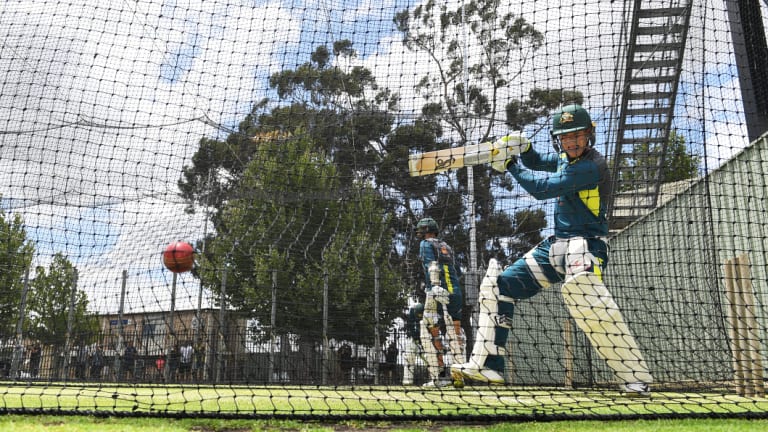 Perth boy Marcus Harris will play in front of a home crowd this week.Credit:AAP

The West Australian has just over two weeks to serve of his 12-month ban before returning to the higher levels of the game in the Big Bash League.

He is expected to make his first public appearance at a press conference in the days leading up to his comeback game in Launceston against Hobart Hurricanes on December 29.

There are many factors deciding whether Bancroft adds to his eight Tests, not least the form of Harris, who made his Test debut as an opener last week.

"I assume there might be a bit of talk about it. I'm lucky that I'm in a position now that I'm in the side," Harris, who made a pair of 26s in Adelaide, said. "If I make runs that will probably look after itself, and if don't it'll probably come down to a bit of a competition with other blokes."

Harris and Bancroft are good friends from their days as opening partners in Western Australia, where the former played before moving to Victoria.

"We were sort of opposites in personality," Harris said. "A yin and yang thing. Bangers is the most intense man in the world and I was a bit more chilled out, but it worked really well. I was really happy for him last year when he was playing in the Test side, I thought he started doing really well.

We chat regularly … we're really good mates. He said once he's back he’s going to shave that beard off, so I’m looking forward to that. He seems in good spirits, so I'm hoping he goes really well."

Harris was one of several Australian batsmen who could not convert starts into match-defining innings. He was furious with himself after falling into the trap set up by India, who sent a man to the point boundary to guard one of his favourite hitting zones. Harris was caught behind attempting to hit through that area.

"I felt like I got sucked in a little bit and that's why I was talking about being strong enough to try to take a one rather than hit a shot that's low percentage for what would probably still be a one anyway," Harris said. "That's alright but something I've worked on and will have a plan going forward to work through as well."

How old is Liz McDonald actress Beverley Callard, when did she join Coronation Street and else has she starred in?
World News