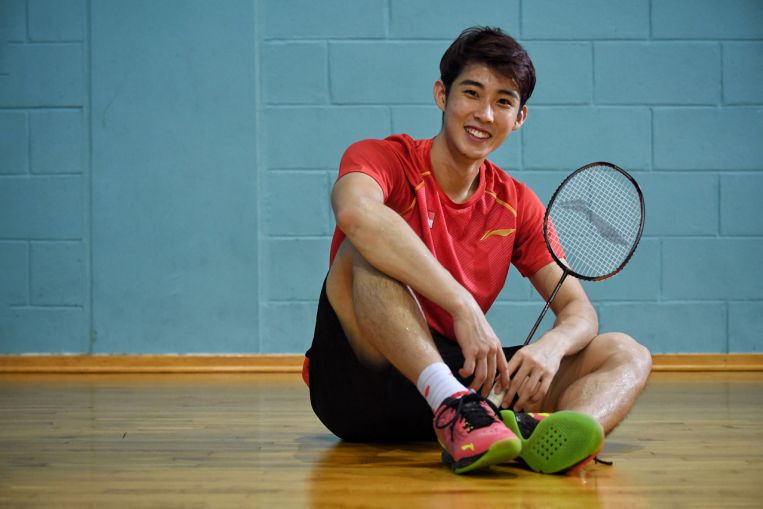 SINGAPORE – National shuttler Loh Kean Yew recorded a 24-22, 21-14 win over All-England champion Lee Zii Jia to progress to the French Open’s round of 16 on Wednesday (Oct 28).

Loh, ranked 40th, took 39 minutes to upset the world No. 8. It was his first victory over his childhood rival – both are born in Malaysia – at senior level in five attempts.

The victory came 12 years after he beat the Malaysian to clinch the 2009 National Junior Grand Prix Under-12 crown in Seremban.

The pair had also met twice at the 2019 SEA Games, with the Malaysian winning in both the team event and men’s singles final.

Loh told The Straits Times: “This is a big win for me because we were same-same back then, and now he is far ahead of me in the top 10 and I’m playing catch-up.

“This gives me confidence that I am on the right track, but it all boils down to consistency because the top players are in a higher position than me because of that.

“It is always a target to make it into the top 10 myself, but I have to take it step by step by first getting into the top 30 to reach the main draw of bigger tournaments, and then the top 20.”

The 24-year-old’s patient approach was also evident in the battle between the two attacking players.

Although Loh had the lead for most of the match, the crucial point came when he squandered two game points and saved one himself at 22-21 down before closing out the frame.

He said: “As much as I wanted to win, I cannot rush, so I think I did well in that aspect. Zii Jia may have been more tired from playing in the Thomas and Sudirman Cup and I got the better of him at the net.”

He will take on India’s world No. 22 Lakshya Sen for a place in the quarter-finals at the Stade Pierre de Coubertin in Paris. The duo had met in the Dutch Open final on Oct 17, with the Singaporean emerging with his sixth international title.

The world No. 31 will face Indonesia’s world No. 22 Gregoria Mariska Tunjung on Thursday.

Yeo, 22, said: “I’m happy to be playing on the circuit again and winning. I have been working on adjusting my rhythm on court and awareness. She was trying to be attacking but I just tried to control the pace and add some variations to make it difficult for her.

“I used to always want to go on attacks early in the points and that impatience cost me. My control of such situations is better now.”

The Singapore Badminton Association technical team were pleased to note how both players’ were able to work patience into their attacking games to reach another level.

SBA technical director Martin Andrew said: “Kean Yew dictated the rallies and controlled the flow of the match. He managed to keep the intensity high and constantly had answers to his opponent’s attacks.”

National singles coach Kelvin Ho added: “Kean Yew showed much initiative on court and was very focused. He was patient in managing the match, which was important as well.

“The coaching team have also gotten Jiamin to play a different style, which is more open and patient to make her attacking game deadlier.

“If she can add more dimensions to her game, she will be a more complete player.”