Home » Sport » Australia’s Matthew Dellavedova: ”We’re excited to show what we can do on the world stage”

Australia’s Matthew Dellavedova: ”We’re excited to show what we can do on the world stage”

With Australia qualifying for the FIBA Basketball World Cup 2019, Matthew Dellavedova cannot wait for the Boomers to show the world just how good they can be.

Australia notched two wins in the recently concluded fifth window of the Asian Qualifiers, formalizing their entry to next year’s World Cup in China, and though Dellavedova missed both fifth window fixtures, he is happy for what his countrymen have achieved.

“I feel so happy to know that we got our spot for the FIBA Basketball World Cup in China,” he said. “I’m proud of the work the guys have done during this campaign and it’s a great proof that we have a very large pool of players that can compete at the highest international level. We’re all happy to be part of the next FIBA World Cup and we’re all very excited to be headed to China to compete and show what we can do on the world stage.”

Dellavedova watched all the way from the USA as the Boomers registered convincing wins over Iran and Qatar in Melbourne in front of a packed Margaret Court Arena. The fact that fans came out to support the team has really pleased Dellavedova, who is confident they will continue to rally behind the national team as they make one final push in the Asian Qualifiers and the World Cup next year.

“The fans in Melbourne were able to attend two very good games,” he said. “I’m sure the players felt proud of getting the job done and for sharing those great moments with the crowd. I really think those home games are very important, both for the players and for the fans, because you build a great connection between those two and the fans can see that we compete and that we have lot of talented players.” 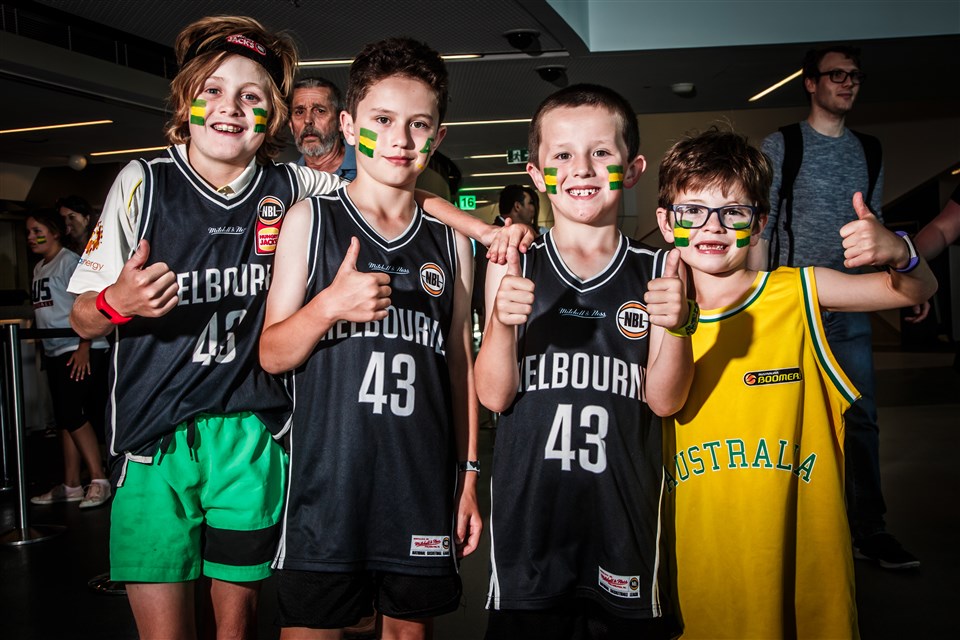 Dellavedova, 28, knows just how important fan support is, having played on the senior national team since 2009. It was something he counted on, especially in his early days playing for the Boomers, and he knows how valuable the fans are for the young, rising stars on the current iteration of the national squad. He is aware of the challenges of playing international basketball, and he cannot help but be amazed at the commitment and growth shown by his fellow Boomers.

“You know, some players didn’t have that much experience at international level and they were able to step up their game in order to help the team win,” he explained. “It’s not easy to get adjusted sometimes to the competitiveness of international level, or even for the long trips and teams you play during Qualifiers, but the guys did amazing in every game.” 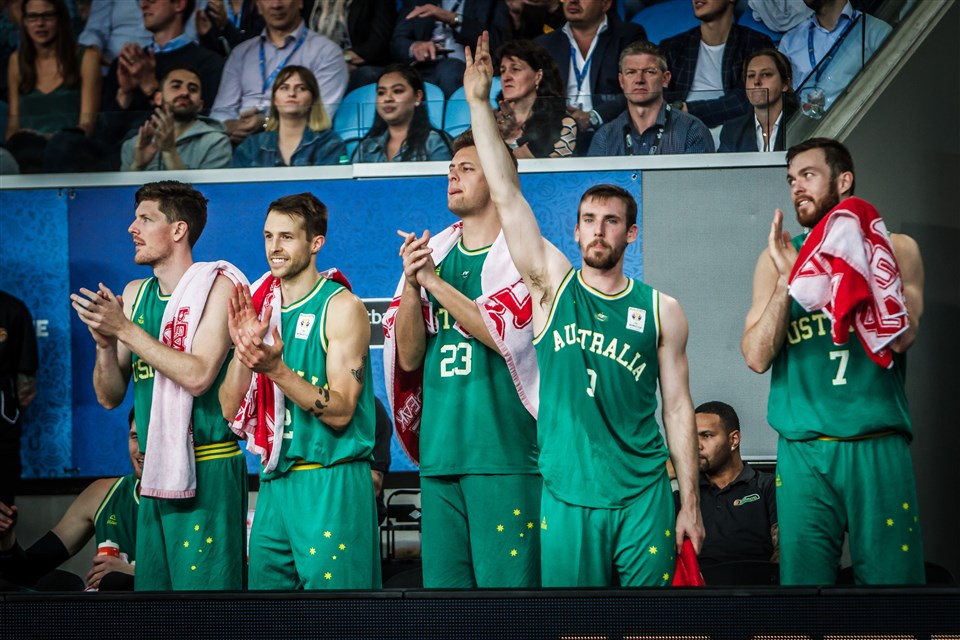 Right now, Dellavedova’s career in the NBA is in a state of flux as he was recently traded back to his old team, the Cleveland Cavaliers.  But he knows one constant element of his basketball life is being part of Australia’s national team, of putting on that green and gold jersey and helping his country continue to make waves on the global stage.

“Wearing the green and yellow jersey is very important for me and for my career, and I am so excited that Australian basketball is in such a great dynamic in the last couple of years,” he shared. “We all fight for one thing, to have Australia shining at the highest level and be one of the most competitive teams in the world.”

Competitive may be an understatement for the Aussies, who are currently ranked as the #1 team in FIBA Asia and 10th overall in the world. In the last World Cup in Spain, the Boomers lost by the slimmest of margins in the Round of 16 to Turkey, 65-64, before eventually finishing 12th overall. In the Rio 2016 Olympics, they fared much better, reaching the Semi-Finals and finishing just a point away from the podium at 4th overall.

“I FEEL SO HAPPY THAT WE GOT OUR SPOT FOR THE WORLD CUP. I’M PROUD OF THE WORK THE GUYS HAVE DONE DURING THIS CAMPAIGN AND IT’S A GREAT PROOF THAT WE HAVE A VERY LARGE POOL OF PLAYERS THAT CAN COMPETE AT THE HIGHEST INTERNATIONAL LEVEL.”- Dellavedova

Dellavedova knows that for next year’s World Cup, there will be higher expectations of the Boomers, especially with more than a handful of their core players regularly figuring in the NBA highlight reels. The 6ft 3in (1.91m) playmaker expects there will be much pressure on them to be among the medal contenders.

“We have all the ingredients to build a very competitive team, and we are ready to keep fighting for medals and titles,” he declared. “With all the veterans, the young guys coming up such as Thon Maker and Ben Simmons for example, and the coaching staff that has also a great role in this project, we have all the tools to have a team that can try to stay among the best ones in the world for many years. We have been showing what we can do in the last couple of years, but we always want more and we want to show it next summer.”

Australia have never finished higher than 5th place at the FIBA Basketball World Cup, but Dellavedova knows they have an excellent chance next year to make history. He is confident they can make it one World Cup to remember for all fans of Australian basketball.

“We want to have a great run in China and try to fight for the highest spots of the tournament,” he said. “I am sure that our roster is going to be very competitive, and we want to keep showing that we are one of the best in the world. The FIBA World Cup in China is going to be a very special tournament.”