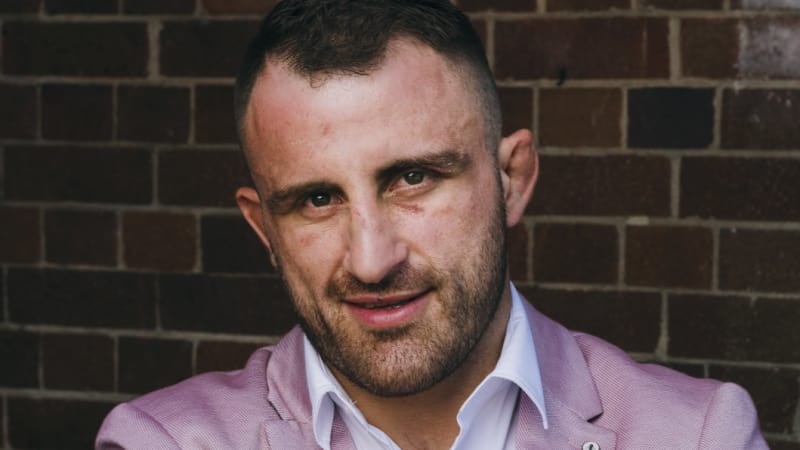 Fresh from beating Chad Mendes in California a week ago, UFC fighter Alex Volkanovski has called out world featherweight title holder Max Holloway for a shot at the belt.

"2019, I'm fighting for the title, I guarantee you that," said Volkanovski, who is based in Shellharbour. 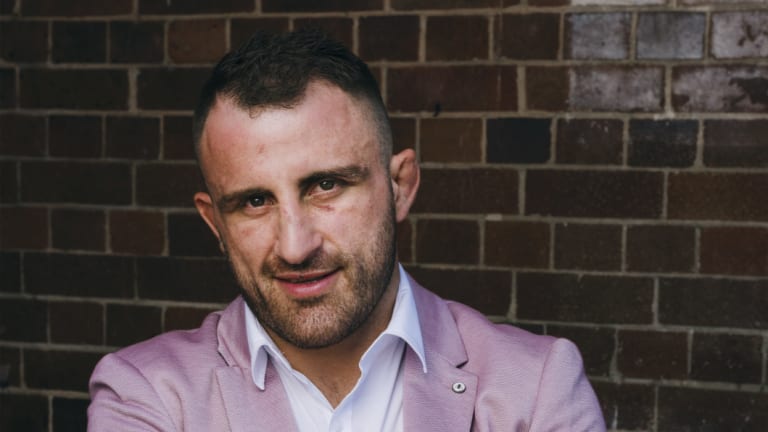 Contender: Alex Volkanovski is so fresh from his last fight that stitches still run above his left eye.Credit:James Brickwood

"I hope it is the next fight but I am more than happy to fight someone in front of me next."

Australia has never had a featherweight champion in the UFC.

If Volkanovski were to win the belt, he would join fellow Australian and middleweight title holder Rob Whittaker at the very top of the sport.

Volkanovski is ranked equal fourth in the world, and the fighters in front of him each have issues contending for the world champion title, he said.

Third-ranked Frankie Edgar is coming off a loss, and equal-fourth-ranked Alberto Moicano is fighting second-ranked Jose Aldo, who has already challenged unsuccessfully for the title twice.

Likewise, second-ranked Brian Ortega has already fought Holloway and failed to wrest the title from him.

"I'm pretty much next in line. My claim to a title fight is pretty fair," Volkanovski said.

Holloway, who at 1.8m is 12cm taller than Volkanovski, has been pushing the boundaries of the 66-kilogram weight cap on fighters in the featherweight division, so there is speculation he may choose to move up a weight division.

And Volkanovski said that if Holloway decides to shift to lightweight, he should be considered for the interim title fight.

"The UFC ain't just going to hold the division for [Holloway]," Volkanovski said.

Volkanovski is on an impressive 16-fight win streak but is far from satisfied.

"The featherweight division is a stacked division, so to be ranked even fourth is a pretty big deal already," he said.

"But it is not good enough.

"I have got a family to feed for the rest of my life, so I need to make some money."

At 30, Volkanovski is likely to only have another few years as a top fighter in the incredibly physical mixed martial arts world.